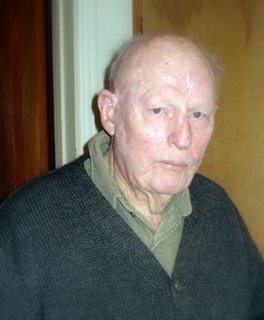 He had (and still has...) twin older sisters.

Each year on December 23 the two of them would pool their money and buy him ONE gift to serve as their gift to him for both his birthday and Christmas.

Being a smart kid, he declared that his birthday was too close to Christmas to be properly celebrated, and therefore in the future he would celebrate his birthday November 23rd instead. 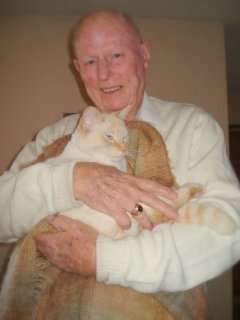 At 83, I'm not sure we should be rushing the age along like that.

Usually we get together for either Thanksgiving or Christmas, and usually it is Christmas, so I am lobbying to have his birthday moved back to where it belongs on December 23rd.

On the other hand, if there ever was a guy who deserved to celebrate his birthday twice each year, he's the guy who should.

I think the twins have pretty much forgotten all about his birthday on any date by now. Christmas gets a pass too.
(The twin aunts have always been a tad self absorbed.)

I say two birthdays a year, or a birth MONTH a year...what ever you want.

Once you're over 80, life ought to be gravy!
Posted by Thoughts on Life and Millinery. at 8:04 PM