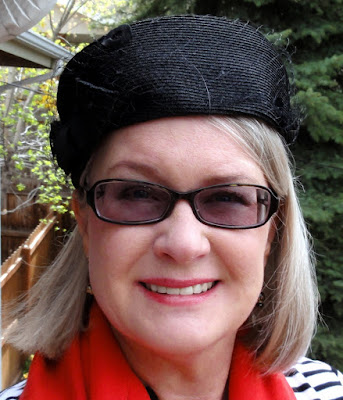 Do I look like a Polish born Russian Baptist? 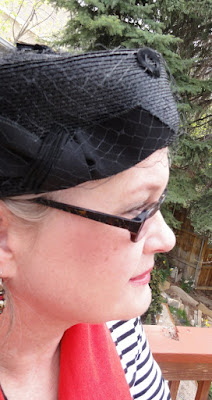 Does the hat say "Spinster"? 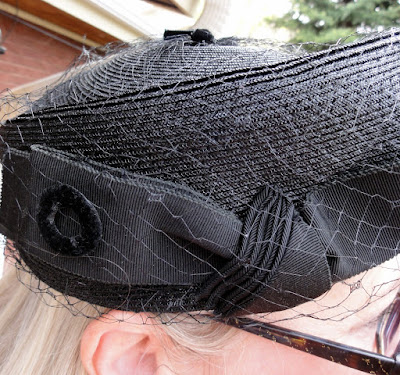 Did the hat deserve to be tossed out?
(The veiling is still perfect!) 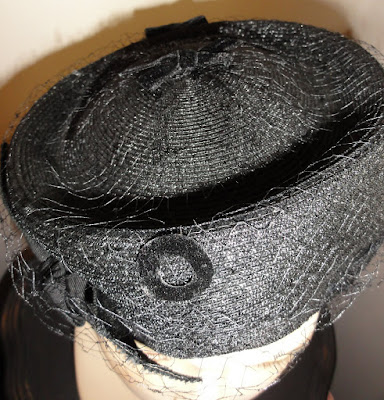 Or does it, and the story of its owner, deserve to be saved and treasured? 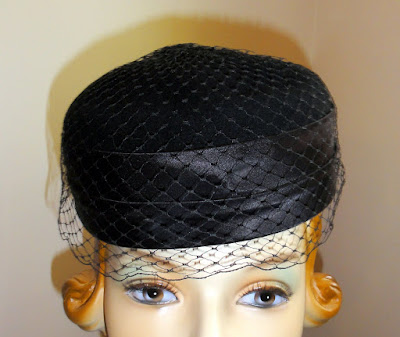 Fellow blogger Ellen sent me an email back in February: 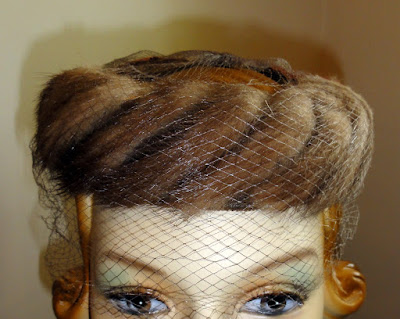 My parents have always helped older widows/spinsters in their Russian Baptist church who had no one else to care for them. My dad was in charge of the estate of 2 older spinster sisters who just recently died.

I have a few of their hats that I saved from the trash heap and was wondering if you'd like me to send them to you. You can do whatever you want with them including getting rid of them if you want :0)

Seeing how you are the one person I know who is very much into hats I wanted to offer them to you free with no obligations... 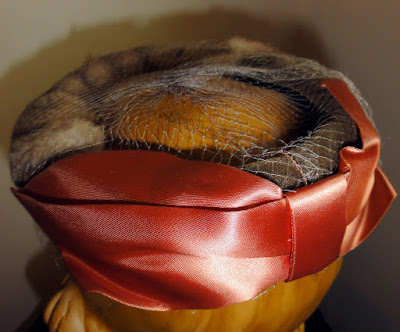 I wrote back that I'd love to have them, and would also like to know the story behind the hats.
I wrote:
I am curious to see what Russian ladies chose for their hats....something practical yet classic too? 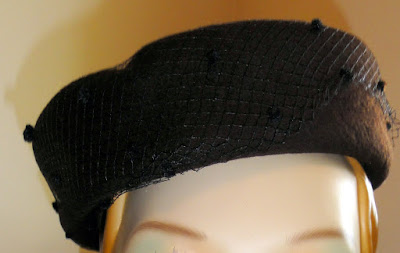 When I get back to Seattle I'll mail them off.

The little Spinsters (and they were little) were Russian Baptists. I saw these sisters every Sunday at Bethany Baptist Church in Los Angeles. They wore hats every Sunday. They both had sweet smiles for all of us young people.

One of the sisters was born with a Club foot, Nina. The younger sister, Nezzy had a young man interested in her and he wanted to court her but Nezzy's Father said no because he wanted her to be around to care for him, his wife and her older sister they considered was a cripple because of her Club foot. Yikes! I can't imagine how one deals with that but she did and she cared for her sister till she couldn't anymore.

Nina and Nezzy's mom died first and then several years later the dad died. Nezzy died before her older sister Nina in 2006. Nina died in 2007.

The family was Polish but they ended up in Russia and were educated in Russian Schools.

During the war they ended up in Deportation camps in Germany and after the war they immigrated to the U.S.A. to the Los Angeles area.

Nezzy worked in a Card and Gift shop.

They drove some cool old Plymouths! 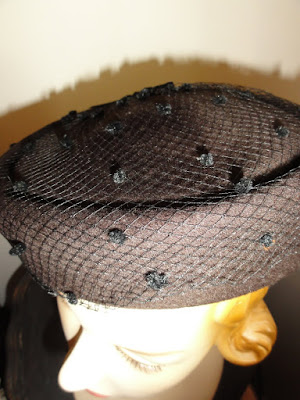 In March a box arrived filled with carefully package hats. 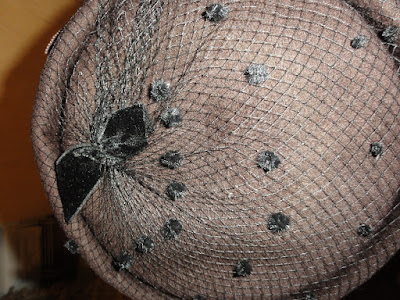 Oh those hats have arrived and they are just FABULOUS! I've had a ball trying on the 23" ones as that is my own hat size. 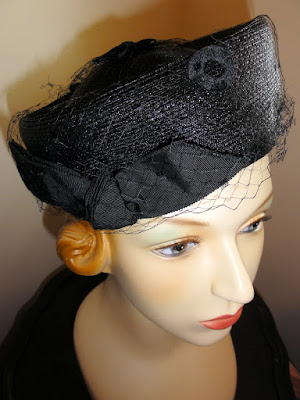 I especially love these neatly tailored style hats as they work well for everyday wear. 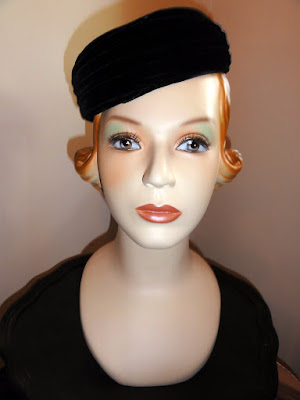 I fear you will want them back once you realize how really cool the hats look with the right attitude and outfit. Perhaps a 23 will be too big for you if that happens.
(The sisters wore two different sized hats; one was a size 22, which is too small for me, and the other wore between a size 22 1/2 and a 23. The number refers to the measurement in inches of a head, measured around the head across the brow and around the fullest part of the back of the head. You would be hard pressed to find a mass manufactured hat sold in half inch increments now days...) 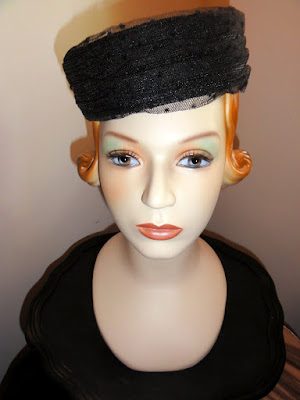 You were so extra sweet to take the time and effort and cost to ship the hats to me; time, effort and cost after travelling and resettling is a kindness beyond the pale. 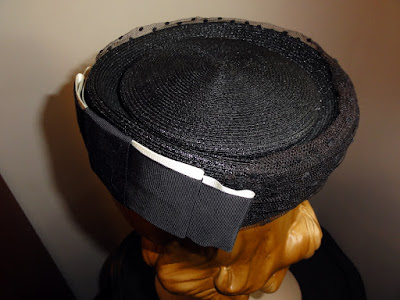 Thank you so much for making it possible for the spinster's hats to find an appreciative home. 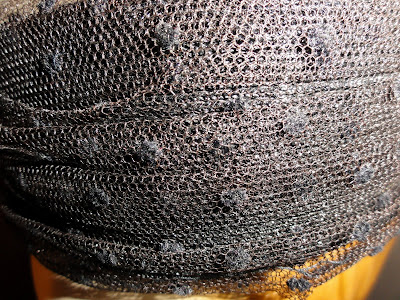 Today is Nurses Appreciation Day.
I wanted to write about how much I admire and appreciate nurses like my daughter.
In my world, nurses should get free education, and complimentary anything they want.
They should be featured in magazines with breathless articles written about their lives, instead of articles written about sports figures and entertainers.
(What has a sport figure or actor ever done for me???)
It may be a little late in coming, but I think today Nezzy's care of her sister and parents might deserve mention as well.
While she was not a professional nurse, she embraced the ethic of caring.
She wore a black or brown hat instead of a traditional white nurses cap.
Today I am wearing her hat in her honor and in honor of others who care for those around them.

I'm sharing her story via her hat.

One of my favorite things about hats: they often come with a story about an interesting woman.

I can't help but notice that interesting women in every era seem inclined towards hat wearing.

Sometimes I wish that hats could talk.

Thanks to Ellen, today these hats do.

And since Nina and Nezzy were both believers, I suppose one day I will be able to chat with them about their hats in person.

Wonder if there will be hats in heaven? If there are...will they all be white?

(PS: Several of the hats, including the one I was modeling, had the label "Valerie Modes", a hat manufacturer who mass marketed hats between 193--1960's. Google the name, and you can see other hats by Valerie. If you are thinking of venturing into vintage hat wearing, this is a label that is well worth exploring.)

Posted by Thoughts on Life and Millinery. at 4:47 AM 12 comments: 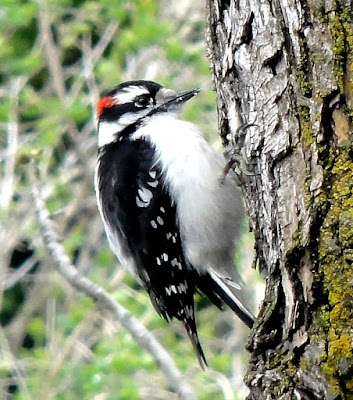 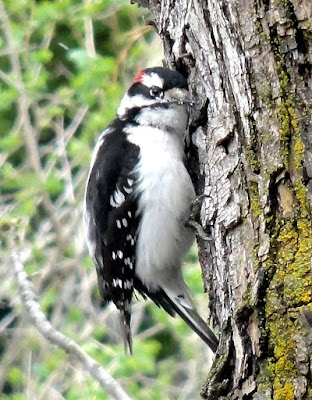 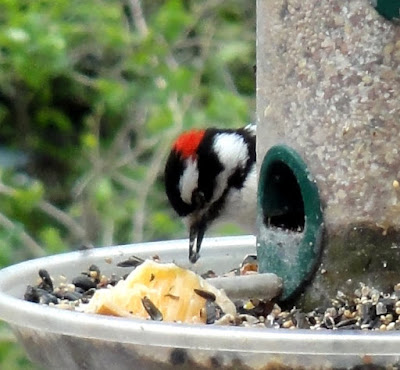 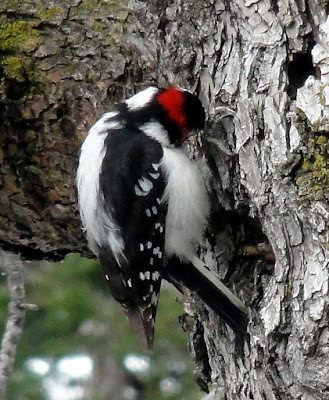 The knocking bird who?

The knocking bird that (heart) you! 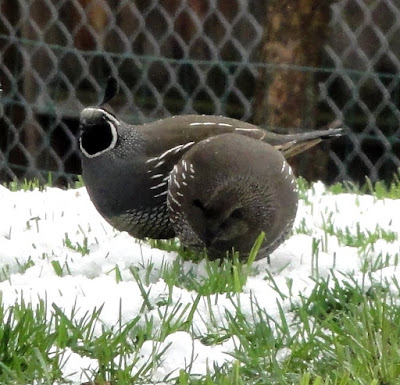 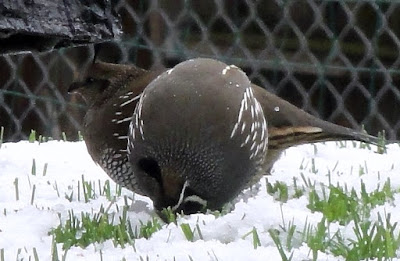 Quail who?
Quail who keep talking about Chi-ca-go!
(Dang...the back yard birds are just too cute. I sit by the window with my camera at the ready but the moment I get up to do something, another kind of bird shows up. It was really hard to get anything but bird watching done lately!)
*my company blocked my blog today because it had the word j0ke in the title! I had to spell it with a zero instead of an O to go to it! J0kes on me or them???
Posted by Thoughts on Life and Millinery. at 9:16 PM 6 comments: