Flying south for the winter

It is a bit of an exaggeration to say "We flew south for the winter."
A truer statement: Exchange "because" for the "for" and mentally recognize "winter" is the mid January bleak time that I have declare unbearable in Utah.
"We flew south because of Utah's January winter."
The winter days of December, Februrary and March don't bother me for some reason. It is just January's winter that steals my joy. 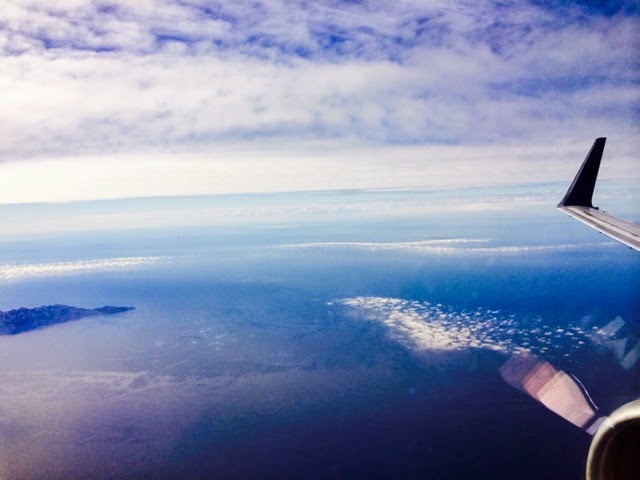 We left our house before dawn, mindful of the frozen slick of our frosted driveway.
The flight to Puerto Vallarta,
with a connecting flight through LA, meant our flight was "international" and required getting to the airport nearly 3 hours ahead of departure.
As usual I had bore down hard on cleaning my house the day before and then was "trip proud" all night: I couldn't sleep at all!  The extra early alarm was hardly needed. 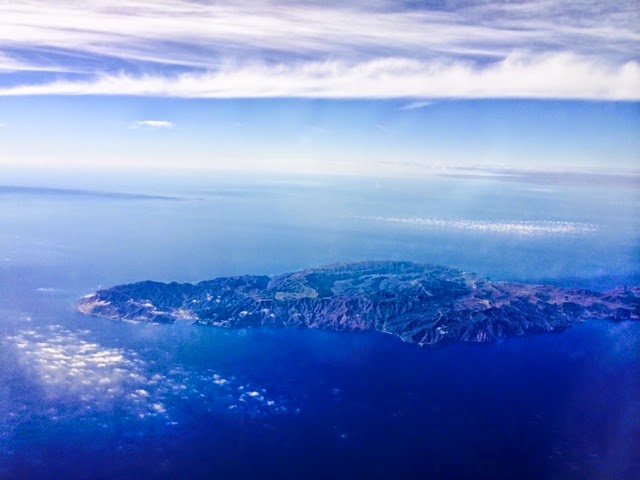 The flight out of LA took us over Catalina Island.  I have only been there once in my life; I would go there again in a heartbeat! 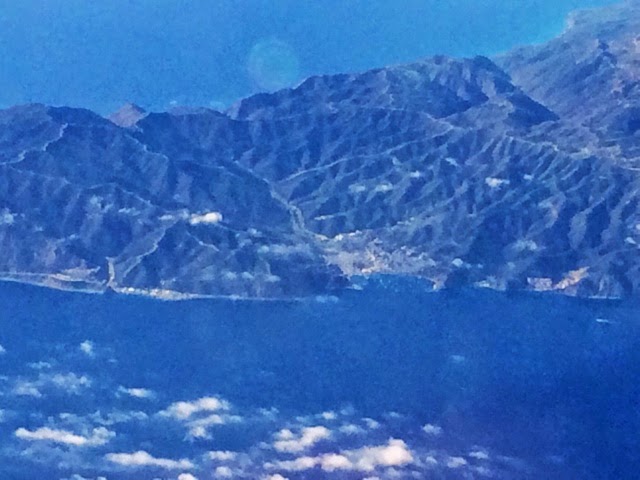 Thirty years since that visit...and as I looked at the tiny island's bay and shoreline I wanted to ask our pilot to just dip down and land so I could stay there for winter. 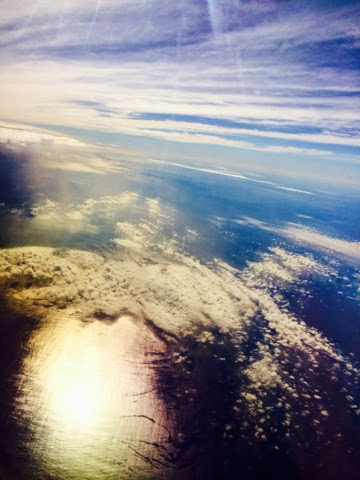 But of course I didn't make such a request; the plane flew on and the scenery outside my window changed... 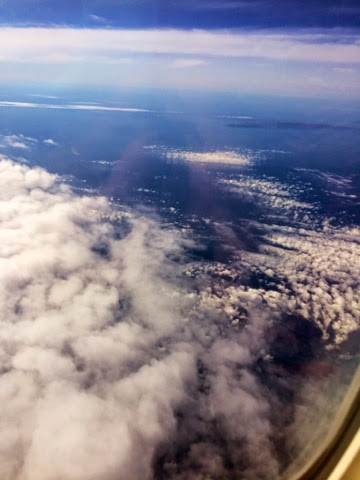 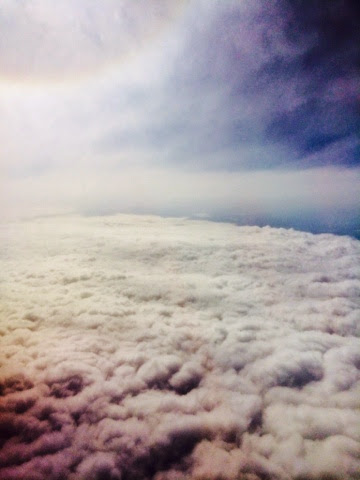 A ring formed around the sun... 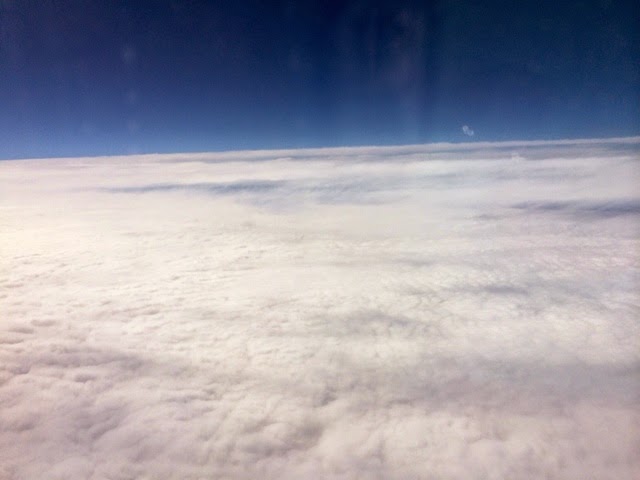 Then the earth disappeared behind what could either be clouds or a snow bank. 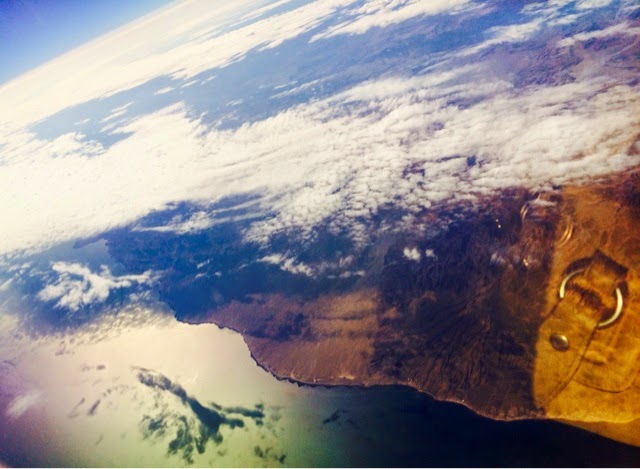 A huge yellow purse appeared below, carved into the shoreline;  a ring and handle strap studding the otherwise featureless area.
(Actually my purse on my lap somehow reflected in the plane window and was caught within the image I was photographing outside the window.
Odd isn't it?) 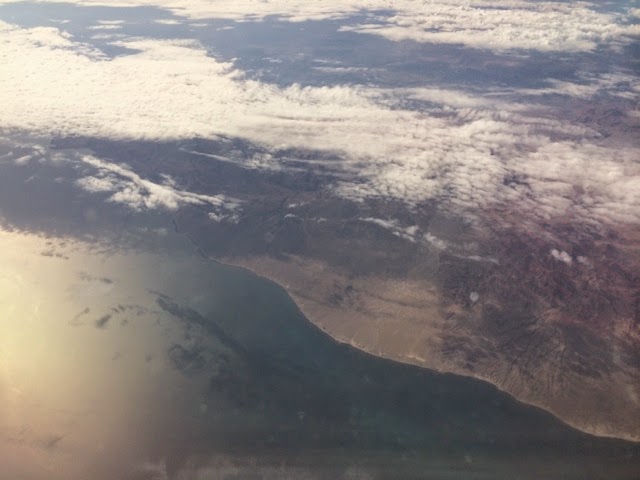 Glad that purse moved off... 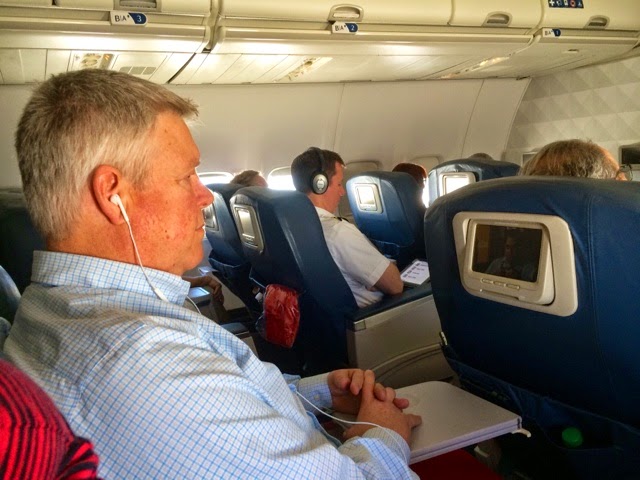 Bernie enjoyed a movie as we flew.  We both enjoyed flying first class, an unexpected upgrade that often happens to people who fly so often they make platinum level. Bernie's new position in his company rarely requires him to fly any more; we realized this may be our last time flying first class. 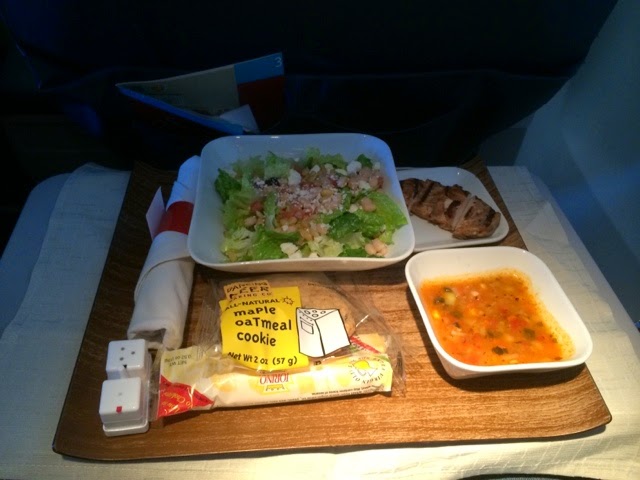 The first class extra leg room is most welcomed. Having a meal begin with a hot towel to wipe one's hand is nice and food served on china is pleasant but such perks are not strictly required for my own flight satisfaction.
Just give me a window seat and enough room to sit comfortably and I am good to go.
And so our trip to Mexico began...
Posted by Thoughts on Life and Millinery. at 12:46 PM 8 comments: