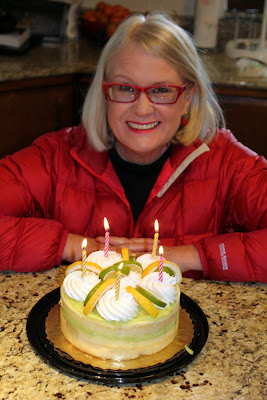 Turnin' 59 on April 14.
Bernie bought me a cake that was oh so yummy.
The candles were lit on the thirteenth. 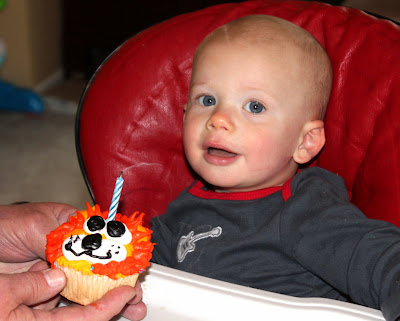 He bought Luke a cupcake for his turning one birthday too, which actually was on  April 12.
We celebrated with him on the 13th too. 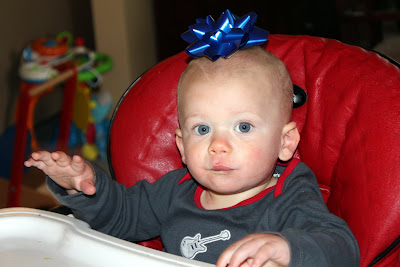 Sure, we can always celebrate together on the day between our birthdays. 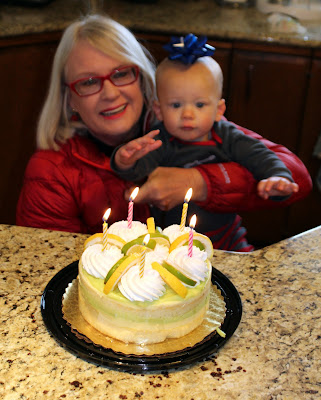 Luke came home from the hospital last year on my birthday proper.
It will be hard to ever top that for a birthday present. 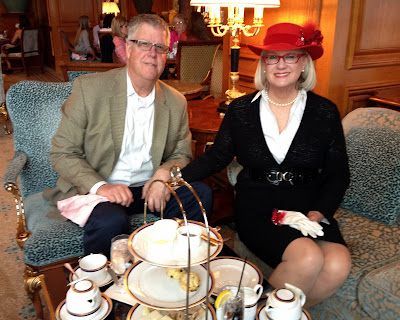 Still...Bernie hit it out of the ball park by taking me out for high tea after we did cake photos with Luke.
Bernie has only recently started to enjoy tea and had never experienced the pleasures of high tea.
Oh he liked it just fine.
We both did.
It was cold and rainy outside.
Inside a harpist played, and we sipped champagne, then enjoyed our tea time repast.
After a week apart, we had some catching up to do, and this was a lovely place to do it.
Last Valentine's Day I was too sick to attend a Valentine's Day tea party.
He promised me he would make it up to me.
I got to wear my Valentine's Day outfit for my birthday instead. 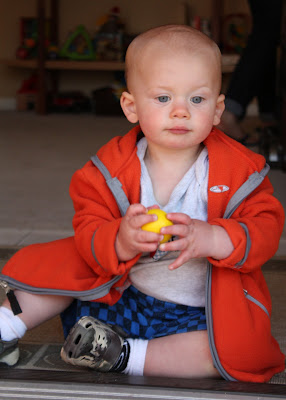 I did see Luke on his actual birthday. 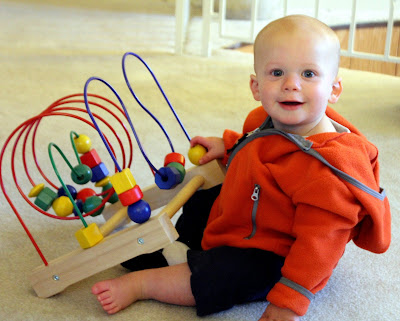 How could I pass up a chance to spend time with that little face? 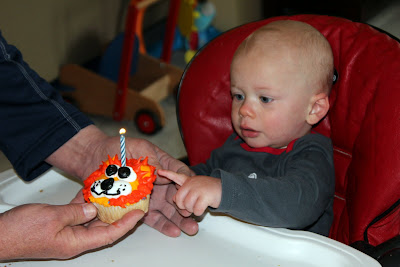 Bernie flew home late in the evening of his birthday so we went over with a birthday cupcake the next day.
The vivid frosting was declared off limits, but he did get a mouthful of cake.
All that was really important was that a first birthday with a cake and candle photo was done.
And that we have begun a tradition of celebrating our birthdays together between our two proper birthday days.
I've already decided how we will celebrate his 7th birthday.
I think he will be taking high tea with Bernie and me.
And then maybe go fishing somewhere too.
Or rock collecting.
Or mini car racing.
But definitely high tea too.

Posted by Thoughts on Life and Millinery. at 8:43 PM 13 comments: