Winter Storm Brutus is upon us. We have had 18+ inches of snow in 24 hours so far; and the snow is to continue falling through tomorrow.

The pictures are out of order below...but the tree was yellow on Thursday and bare on Friday. The wind ahead of the storm were intense. The bird feeder was blown about and the poor birds dared not attempt a ride to eat!

I spend Friday preparing for dinner guests; while making challah discovered my yeast and flour are out of date and I was out of olive oil. The tragedy of not preparing ahead for a on coming winter storm befell me! (Like it would have killed me to get out of my pajamas and driven the one block over to our supermarket on perfectly plowed streets; no, I am embracing America's current victims mentality and doing nothing to help myself!)

The bread came out fine using the nanny state's declared out of date food items. The dinner party was great...the new friends hung out with us until nearly midnight!

This morning Bernie shoveled the driveway three times in one hour before giving up. Our odd duck neighbor Bob came by while Bernie shoveled. Bob wears shorts year around and today proved no exception to that rule.

Bob is always happy to stand near us as we work on anything outside; today he jabbered away from the shelter of our front porch, reminding Bernie that he recommends just driving over driveway snow, back and forth, until the snow is flattened. That's what he does with his driveway.

He is also careful to warn us about not shoveling too hard lest we have a heart attack. He also reminds us weekly that our dwarf Japanese maples out front need watching lest they grow up and hit our eaves.
The trees are planted on a way that even if they did somehow grow that high they would still be in front of the roof line...and we do own clippers to trim them.

Bob is our own version of a one man neighborhood watch.

Speaking of watching...Tate has been up for supervising Bernie's deck snow clearing. Poor Bernie...no one ever offers to help.

I have been amusing myself posting storm pictures on Facebook using shots from my phone's camera.
Decided to try Mobil blogging via my phone while kicked back on our couch looking outside through our from window. If the post looks different than my usual posts that's the reason why. 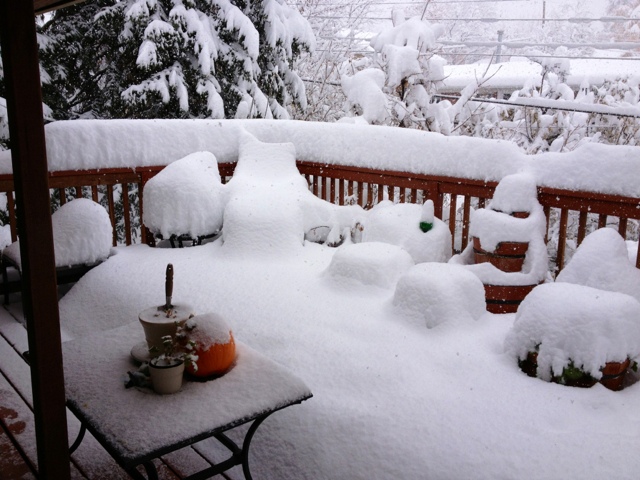 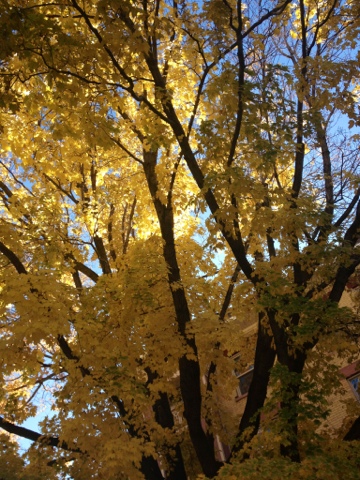 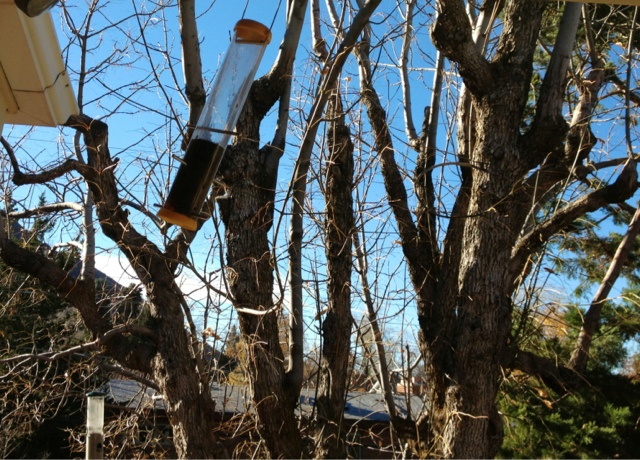 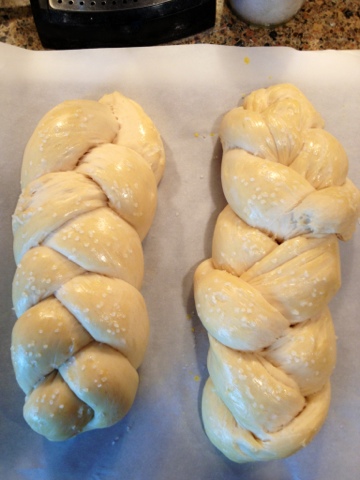 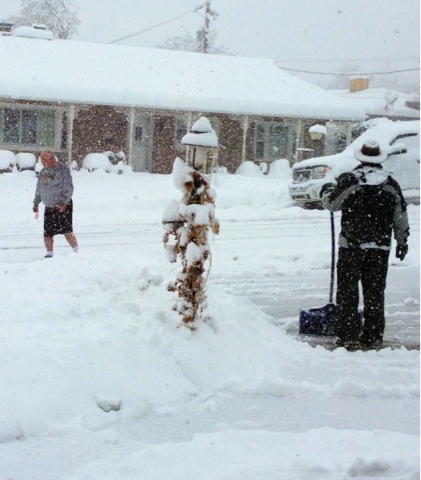 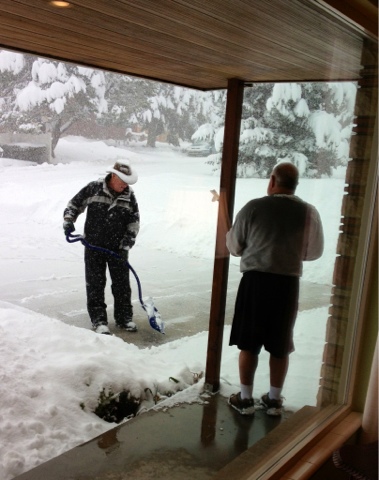 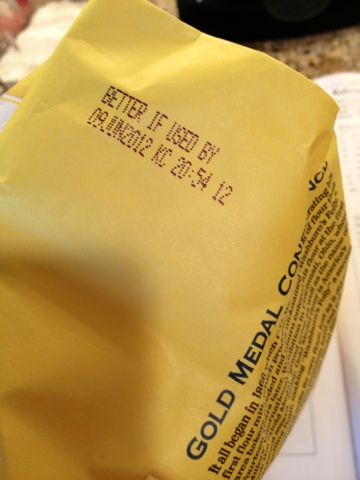 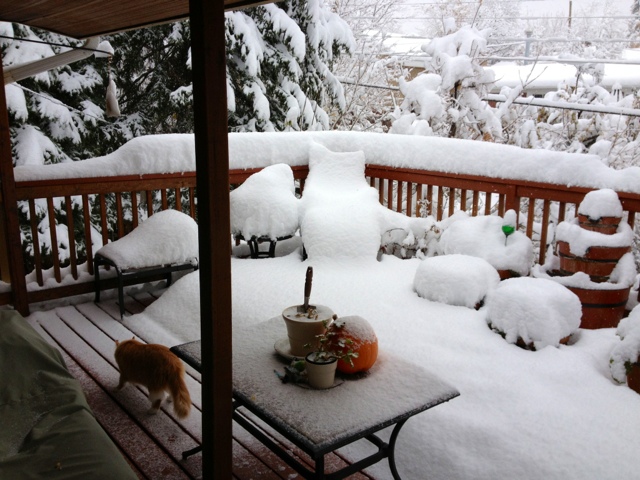 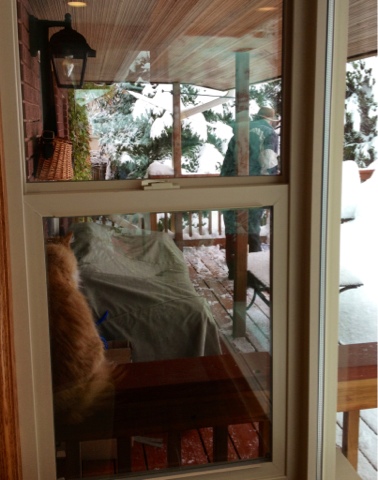 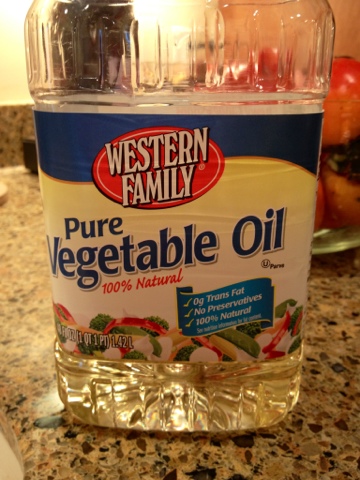 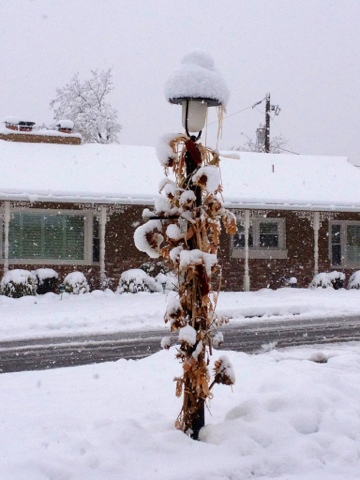 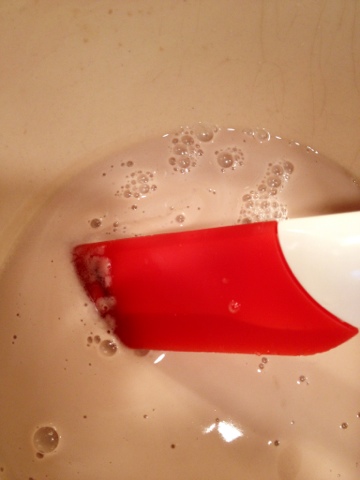 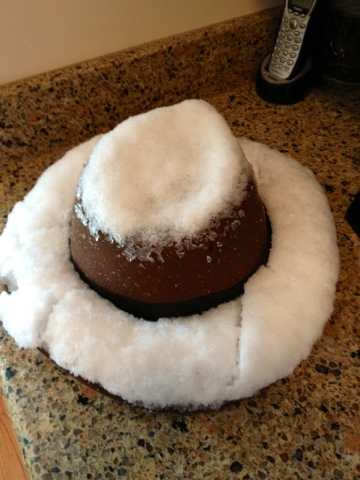 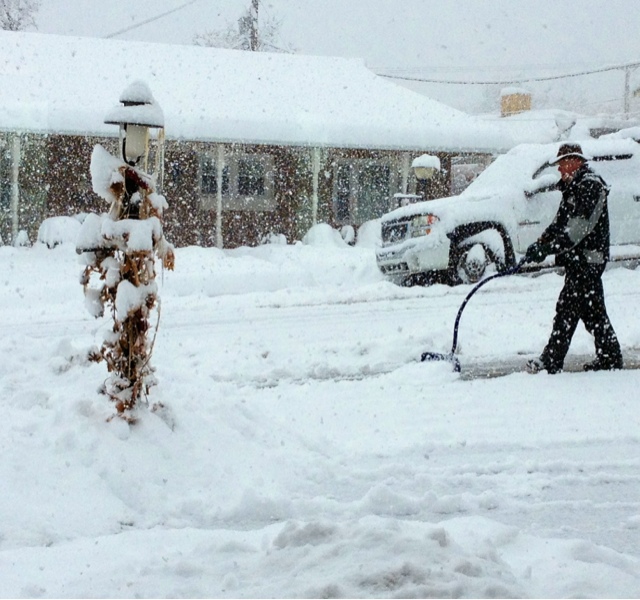 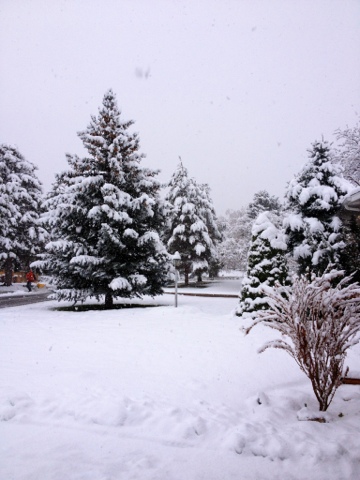 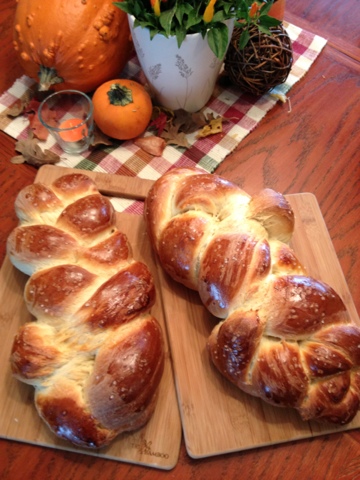 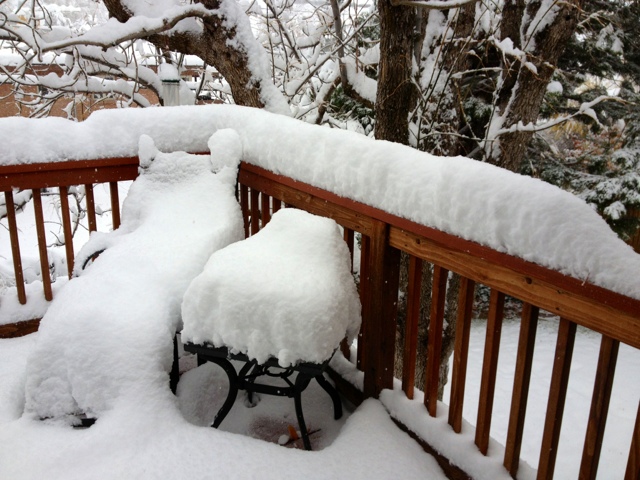 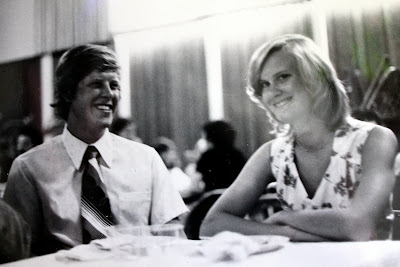 At our friends wedding...on a warm summer day in August in 1975.
Who doesn't feel a bit romantic and flirty at a wedding? 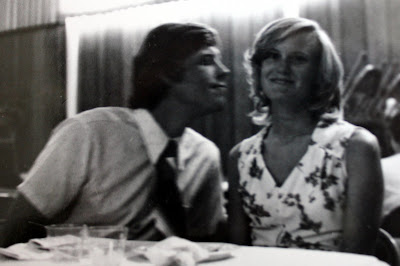 We don't remember who took the pictures.
We were not "technically" even a couple yet. 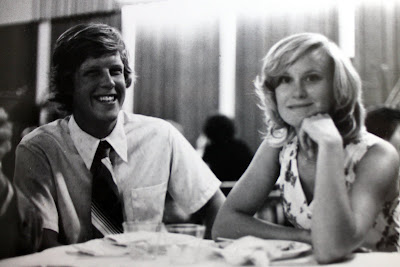 The bride would later become one of my bridesmaids.
The groom played the piano for our worship song.
(My upper arms would later not look that toned any more, ahem...) 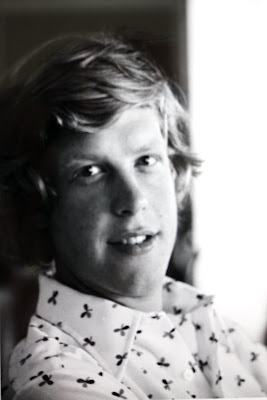 Bernie was 21...and looked far more innocent than he really was.
He was a golden blond surfer who was working in construction during the day and getting his degree in Theology at night.
That didn't leave much time for courtship or even dating.
Plus I was only home from college for three months during the summer.
Long distance phone calls were expensive but worth it!
(I recall him telling me that he would spend at least that much on dating me if I was in town.) 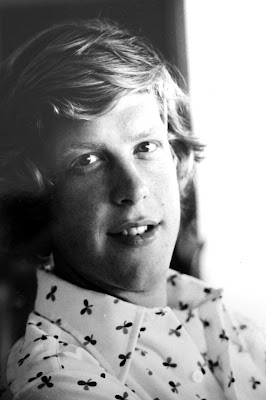 That clefted lower lip was something I fervently hoped our children would have.
And they did!
And so does our grandchild!
Flirting...it is a good thing!
Posted by Thoughts on Life and Millinery. at 3:37 PM 11 comments: