Christmas Eve: Laura creates a feast, and a daffodil blooms! 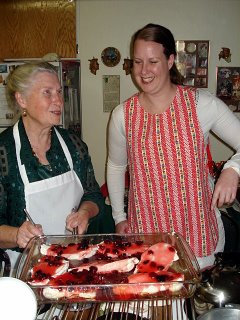 Bernie's mother Barbara cooks up a feast with her favorite granddaughter for Christmas Eve.

(Let the other granddaughters or my sister-in-law get their own blogs and dispute this. Go ahead. I'm waiting....)

Laura designed the menu, and created the recipes as well.

With just five for dinner this year, Laura talked Barbara into getting out the fine china and crystal. If everyone in the family could have come, there would have been 23 of us. At one point in this family's life there were nine grandkids under the age of ten.

Way too crazy to use the good stuff for holiday meals.

Bernie said he didn't remember ever seeing the crystal before.

That is probably because if he and his brother HAD used the crystal, there would likely have been no crystal left to use today. 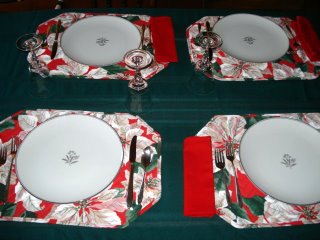 Bernie's dad Hal got the china and crystal in the orient on one of his navy cruises. 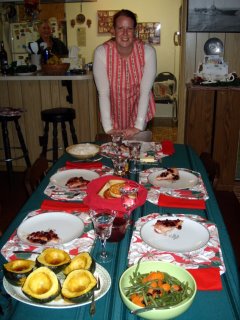 Come and get it!

This is the home Bernie was raised in since he was four.

My parent's home was the home I was raised in since I was four. Interesting.

Bernie and I lived here for a few years, actually son Jeff was born here, while Barbara and Hal lived in another area for a couple of years.

So it is both Laura's grandparents and her own childhood home until she was four. 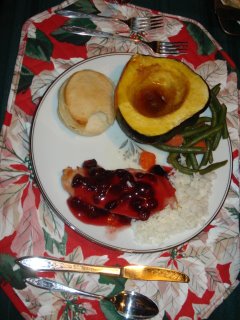 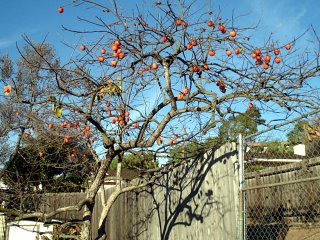 The kitchen is really what is known as a one-butt kitchen, and one and a half butt is a crowd, so I butted out, and went to photograph the garden.

The persimmon tree from whence my persimmons were shipped. Just a few stragglers now. 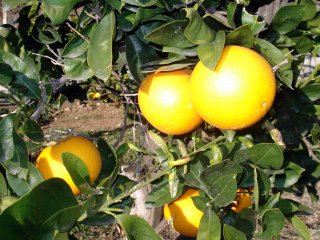 The orange tree has some lovely fruit. 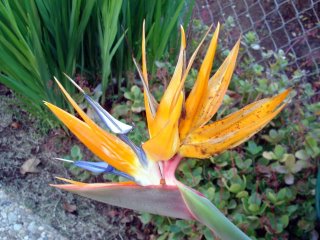 Bird of Paradise in bloom. 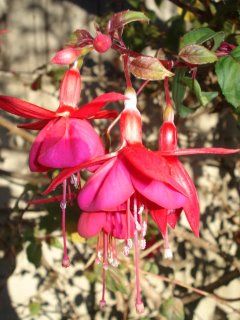 Back to the red and green for Christmas in nature theme... 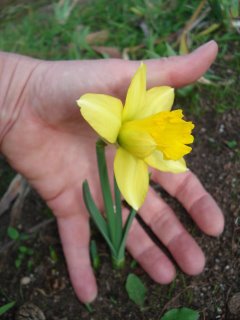 And a total shock...a daffodil in bloom on Christmas Eve!

It was in bud, and I breathed on it and it opened right up. 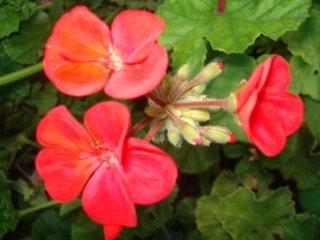 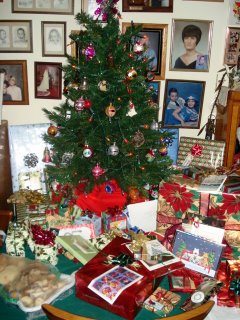 The Christmas tree. Each family member has a flat golden ornament with our names and birth dates.

Behind are some of the folks that didn't make it to Christmas. 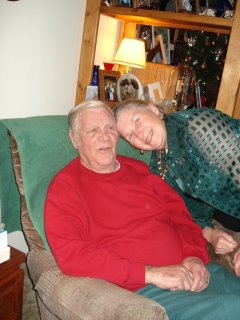 Count on Hal to be festively attired AND comfy.

Nothing like a good old red sweatshirt and green pants to show your Christmas spirit!
Posted by Thoughts on Life and Millinery. at 5:55 PM