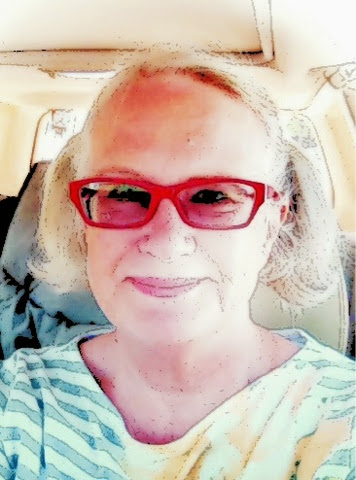 Posted by Thoughts on Life and Millinery. at 10:00 PM 4 comments: 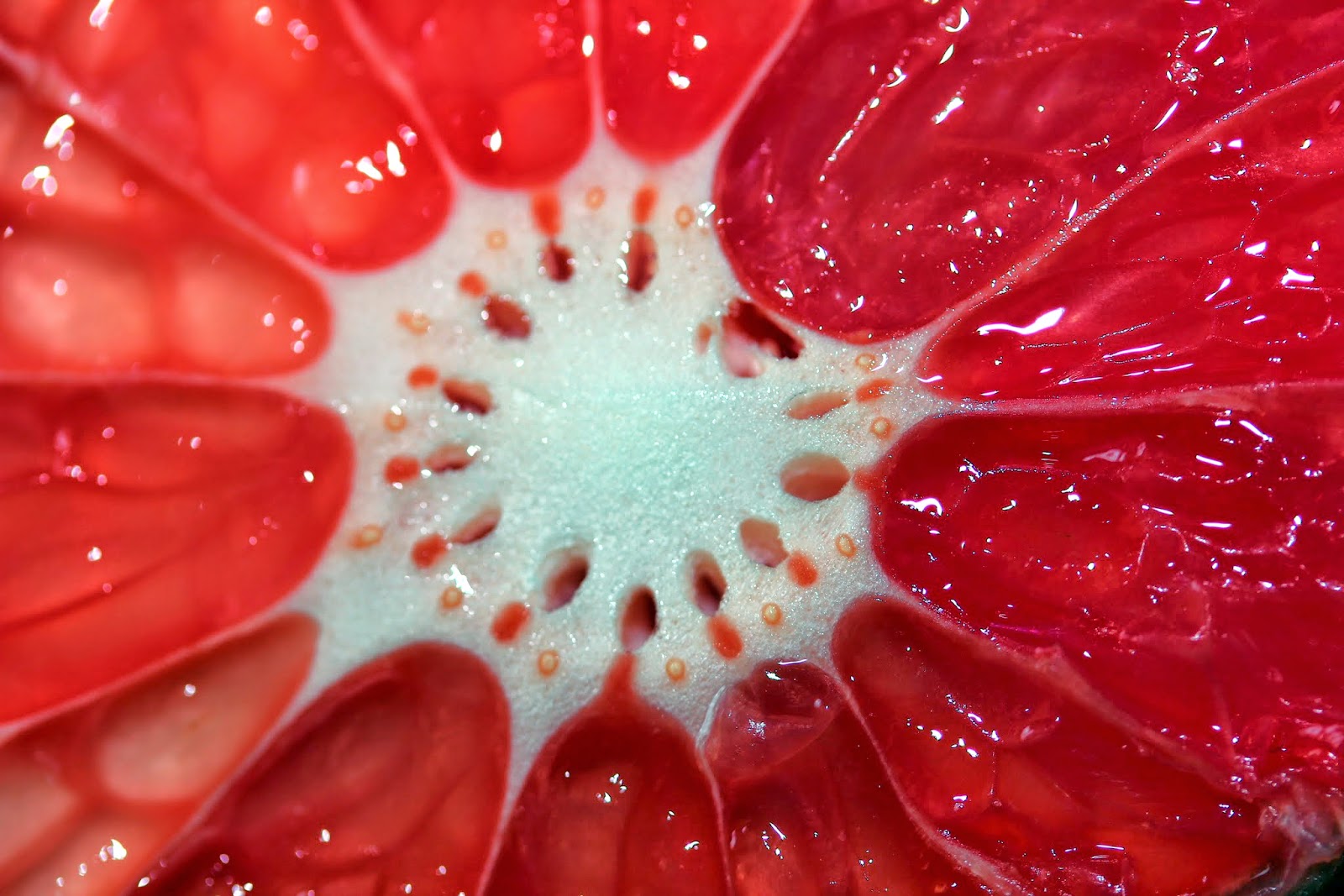 Even with a/c blasting away inside, the idea that it is 103 degrees outside makes me feel listless and unmotivated.
Seeking some visual refreshment I thought I'd re-visit some random photos I took earlier in the year, between January and the beginning of July.
None of the photos were blog worthy at the time.
A random collection of such photos: perhaps blog worthy post for a hot summer day.
Above:
A Ruby Red grapefruit enjoyed in January provided an indoor snowflake design. 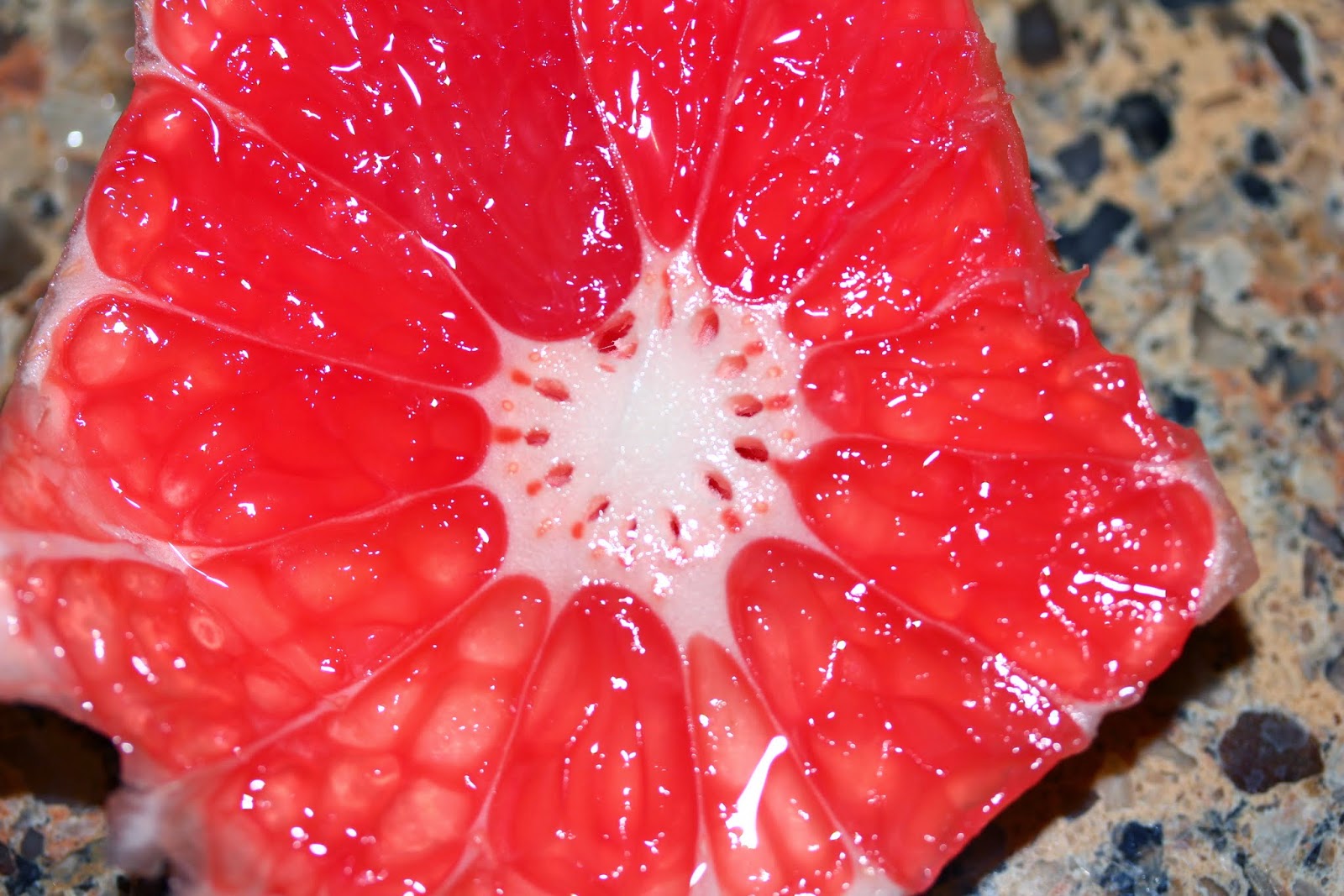 Now my mouth is watering.
Funny how just seeing grapefruit can make that happen. 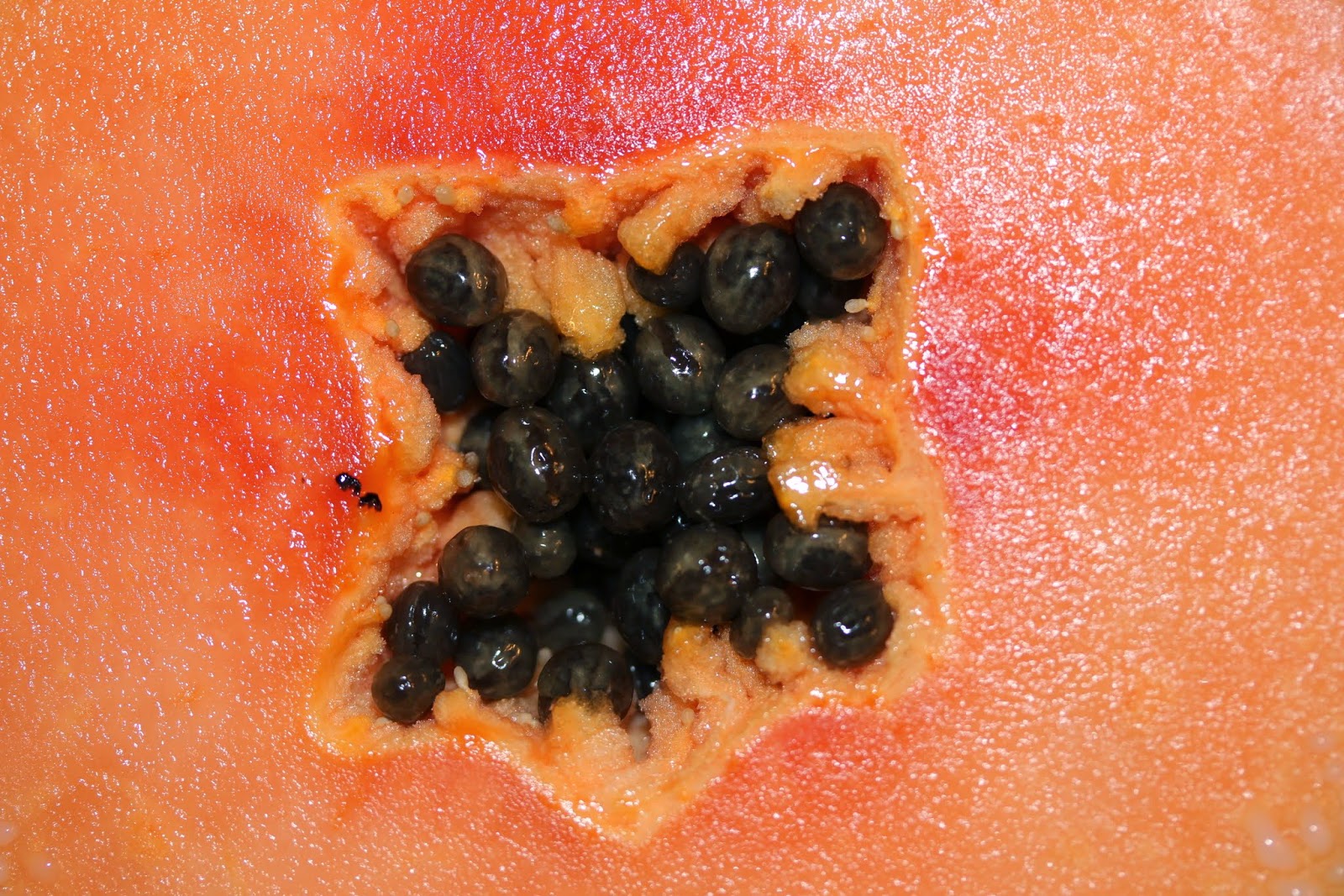 Seeing a close up of a seed bearing crevice of a papaya surrounded by  fleshy tones is vaguely unsettling isn't it? 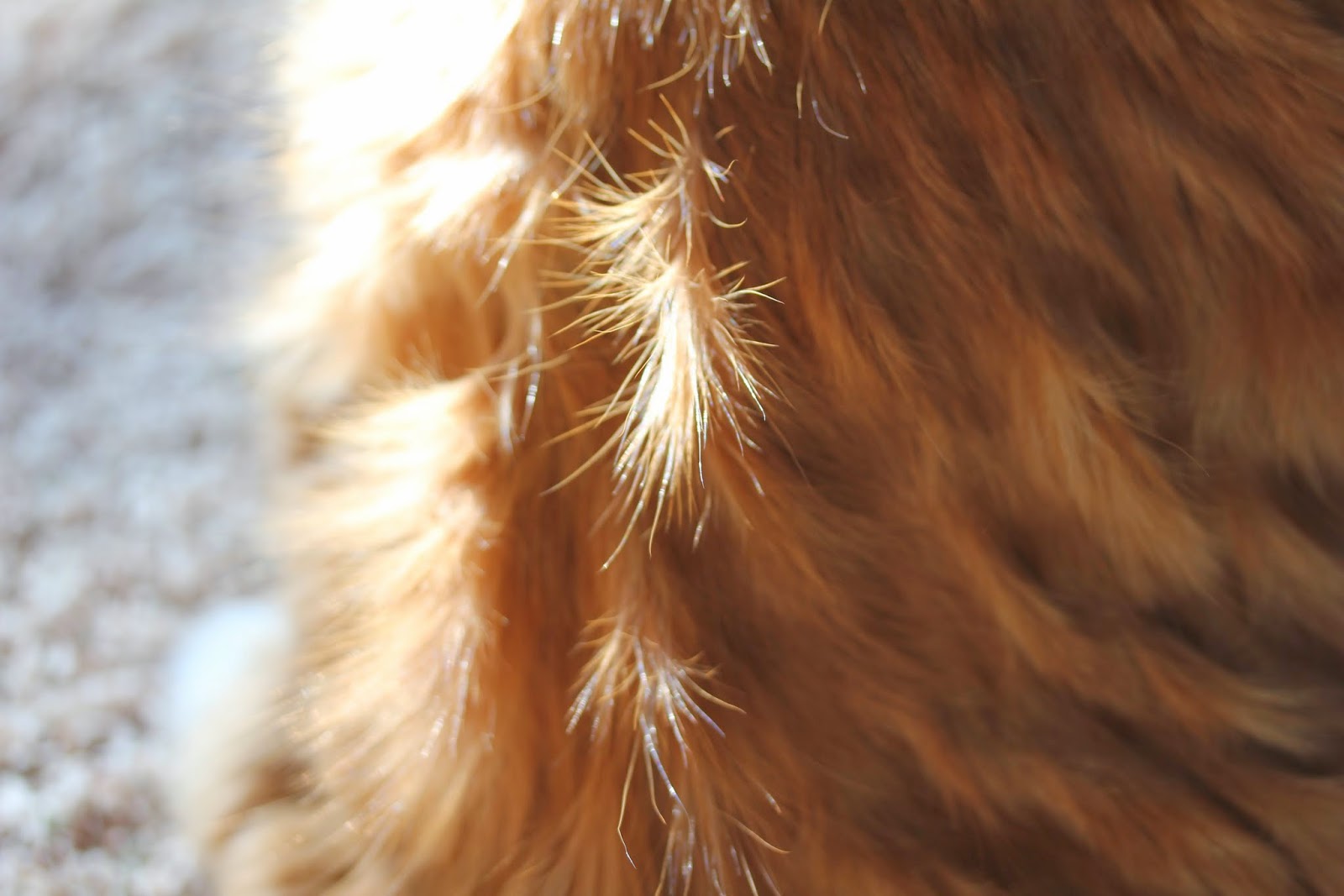 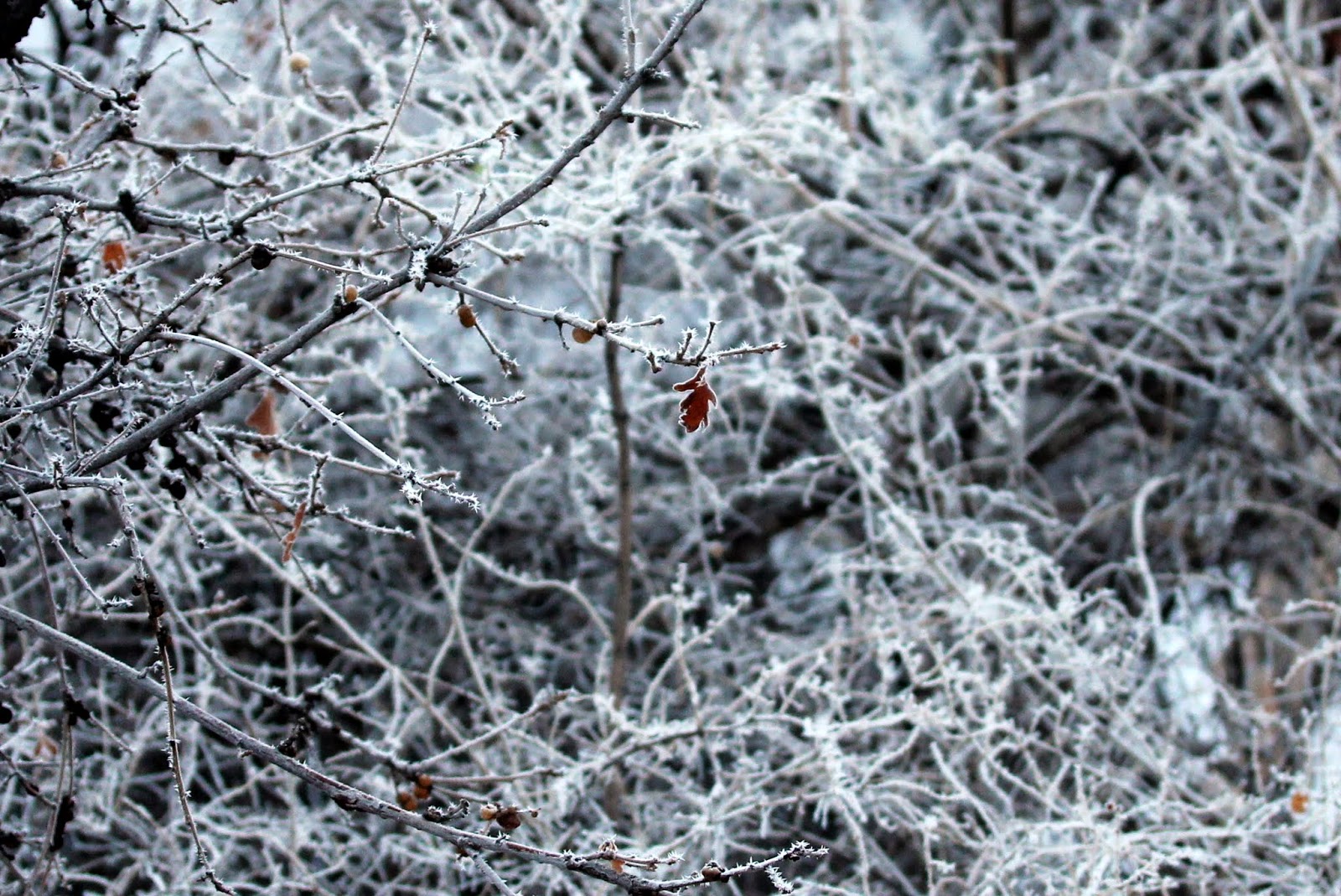 Hoarfrost mornings turned one February morning into a study in black and white with just a single red leaf lingering to remind on that the world is usually a color filled place. 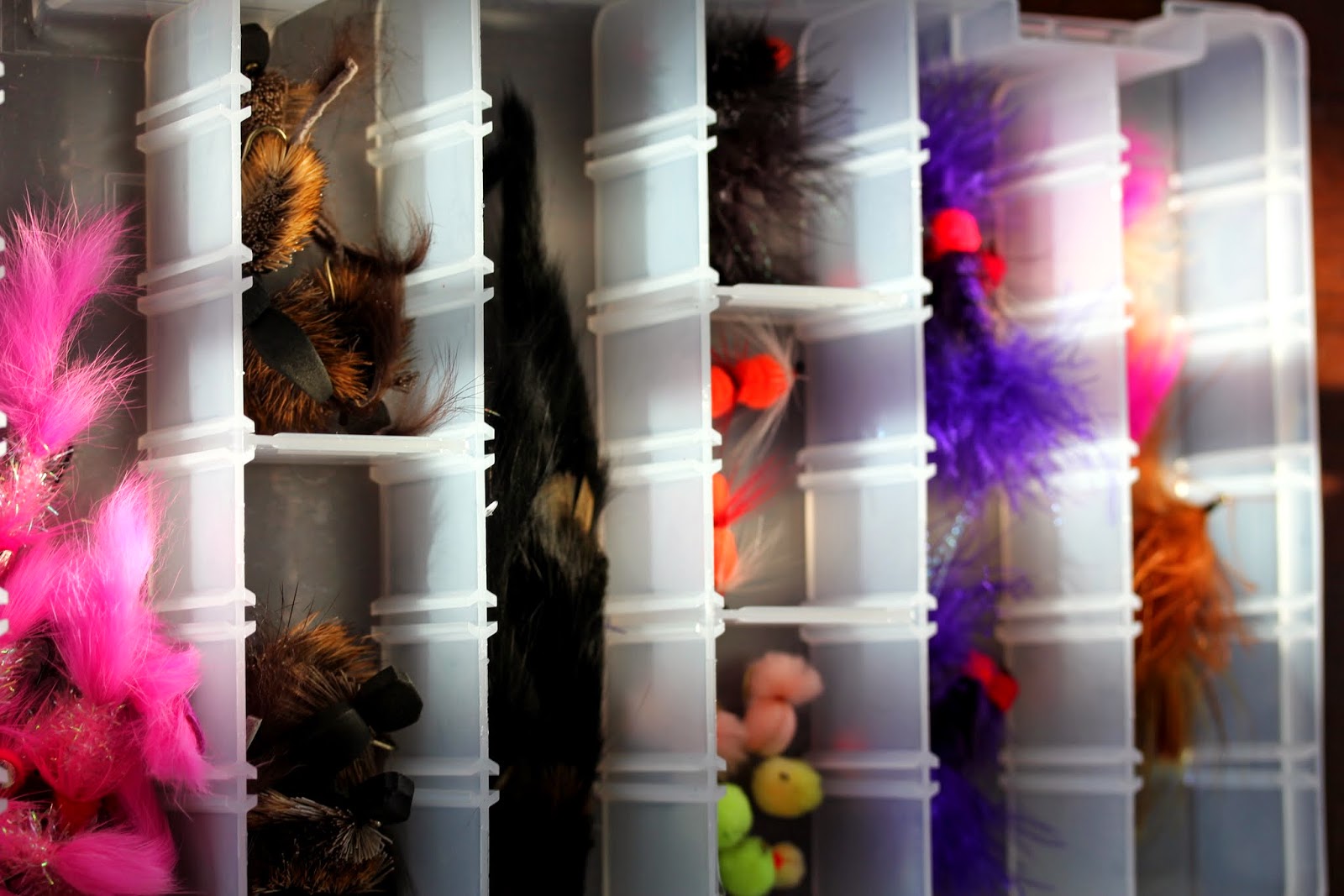 A peek into one of Bernie's fly fishing resources.
Who knew fish enjoyed colors so much? 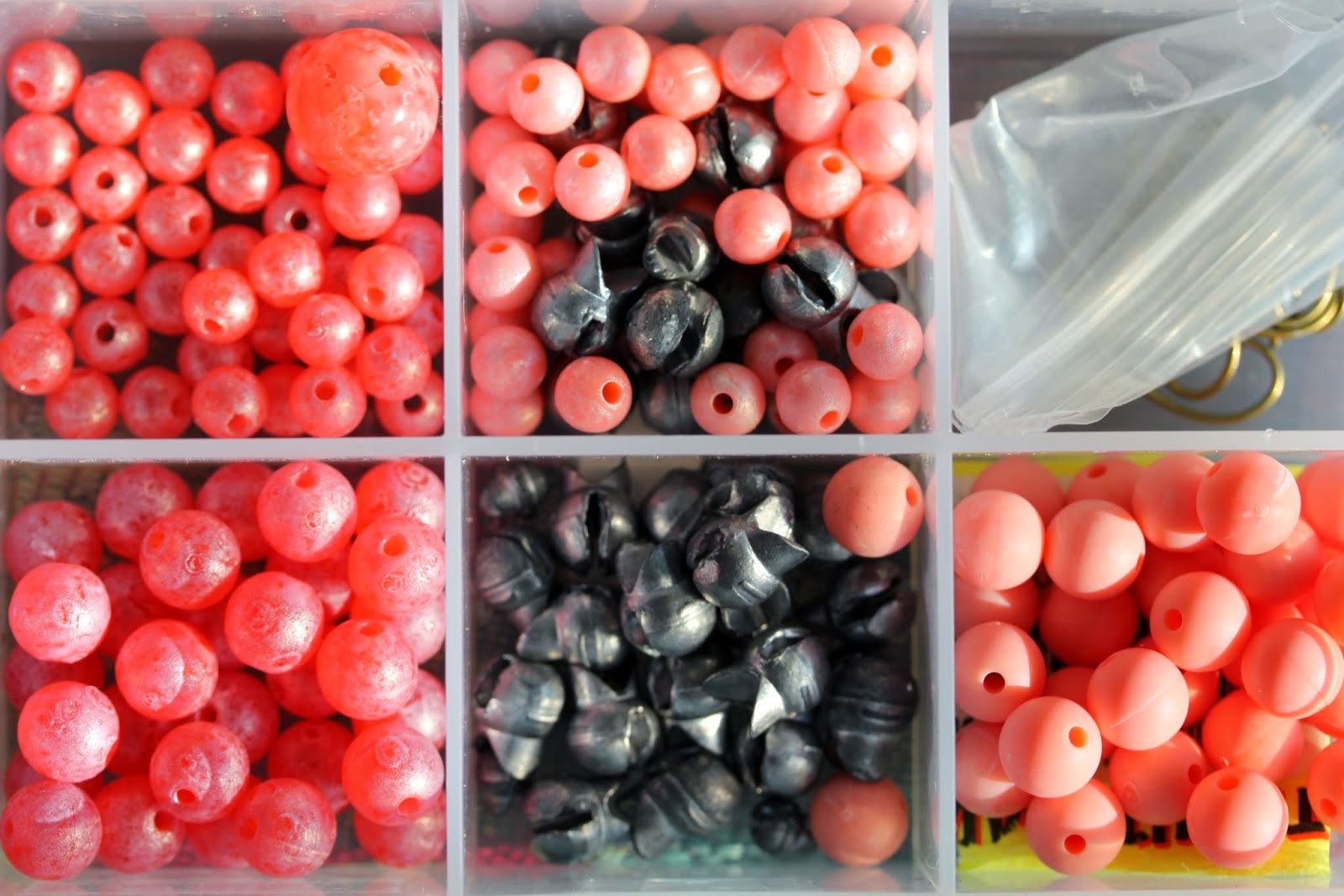 The line weights in lead looked drab compared to the whimsical pink pearls that mimic delicious salmon eggs.
Or at least lots of fish think salmon eggs are yummy. 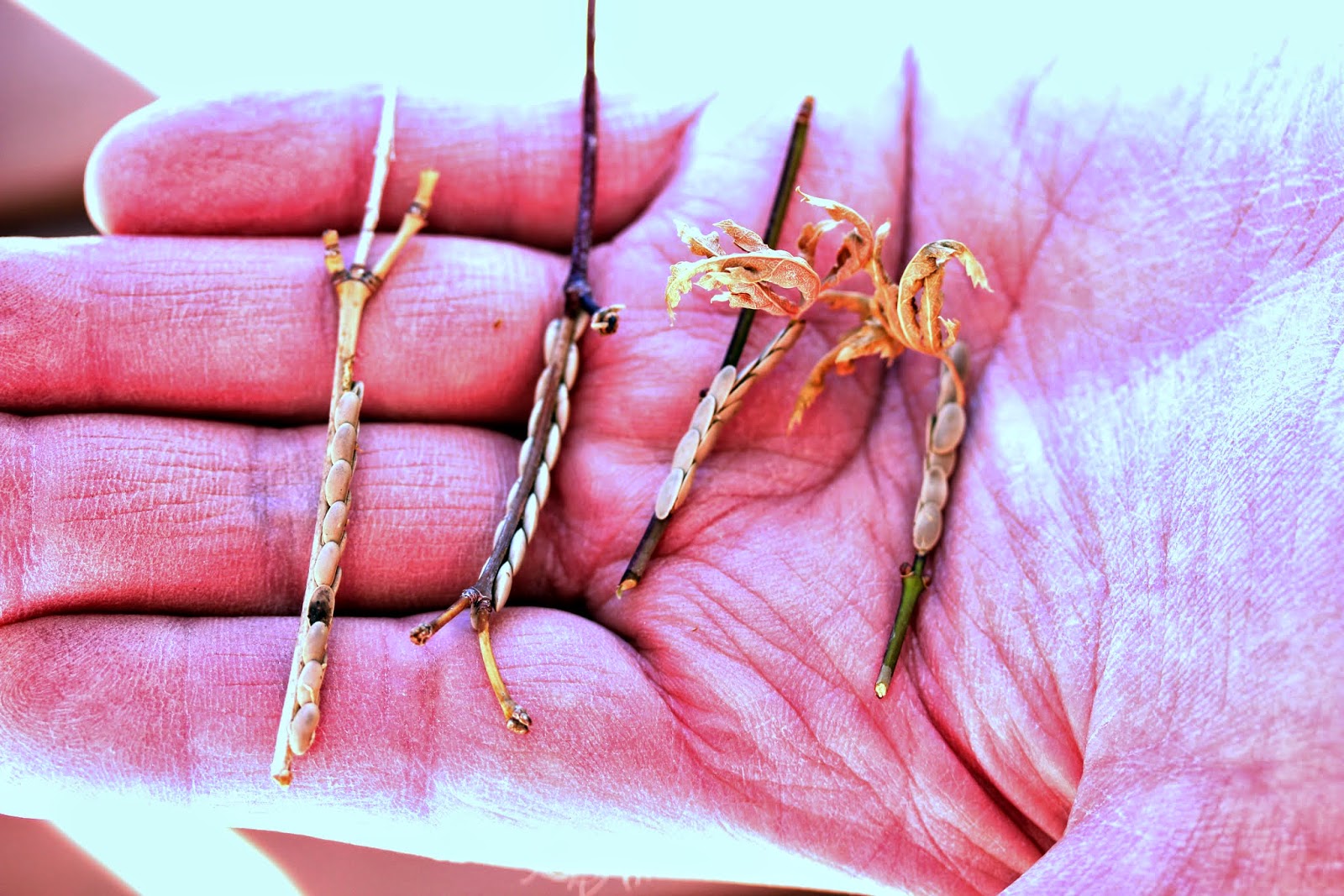 One day Bernie came in from the early spring garden to show me these bits from his Japanese maples.
The small twigs are covered with a living pattern;  the chevrons are a pest called scale that could easily suck the branches dead if not caught in time.
I get what my dad used to call the "heebeejeebees" when ever I see the creepy layers choking plants.
They look like something from outer space to me. 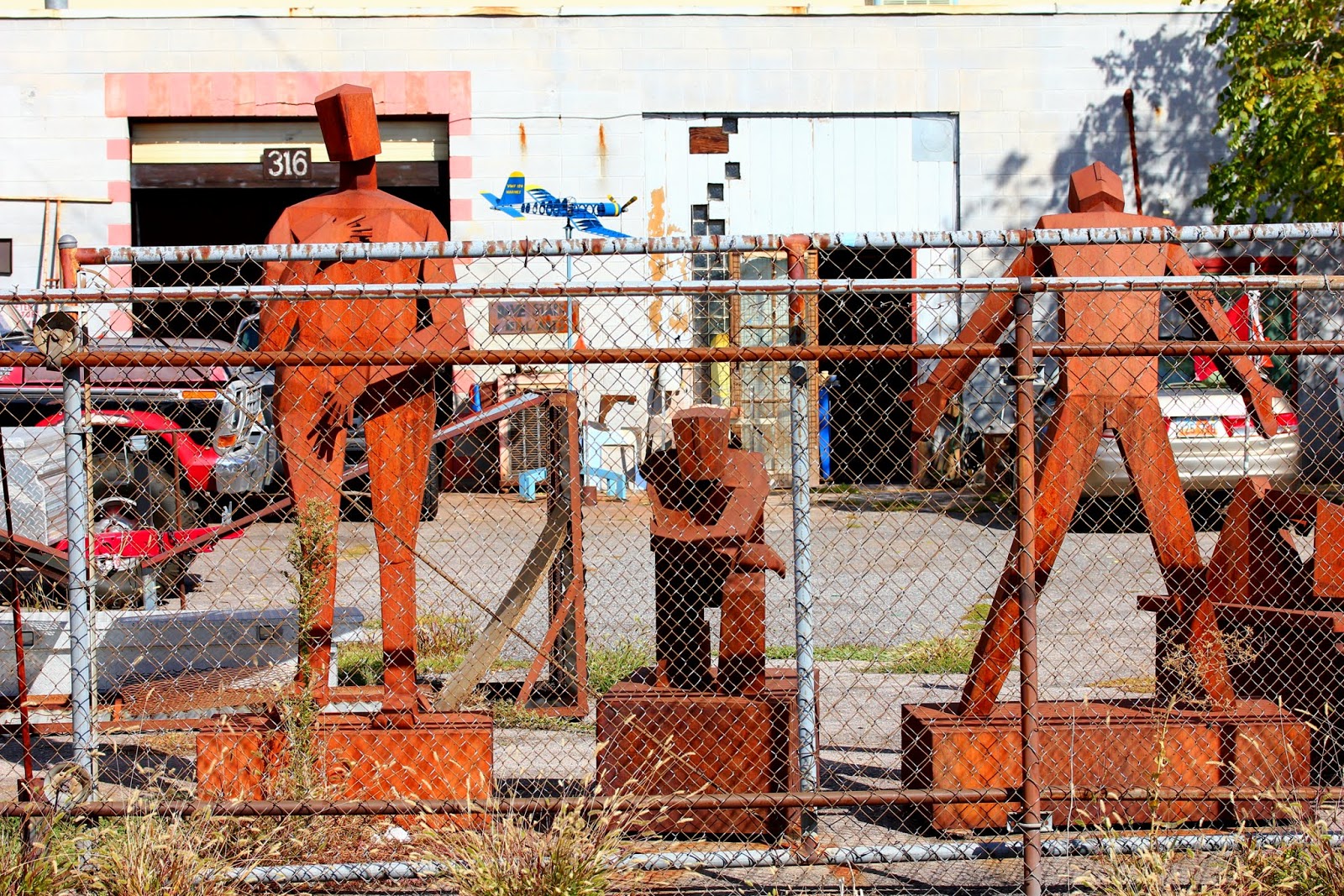 Downtown Salt Lake has a welding shop that is directly across from my favorite camera shop.
The welders engage in artistic flare as well as meeting typical welding needs. 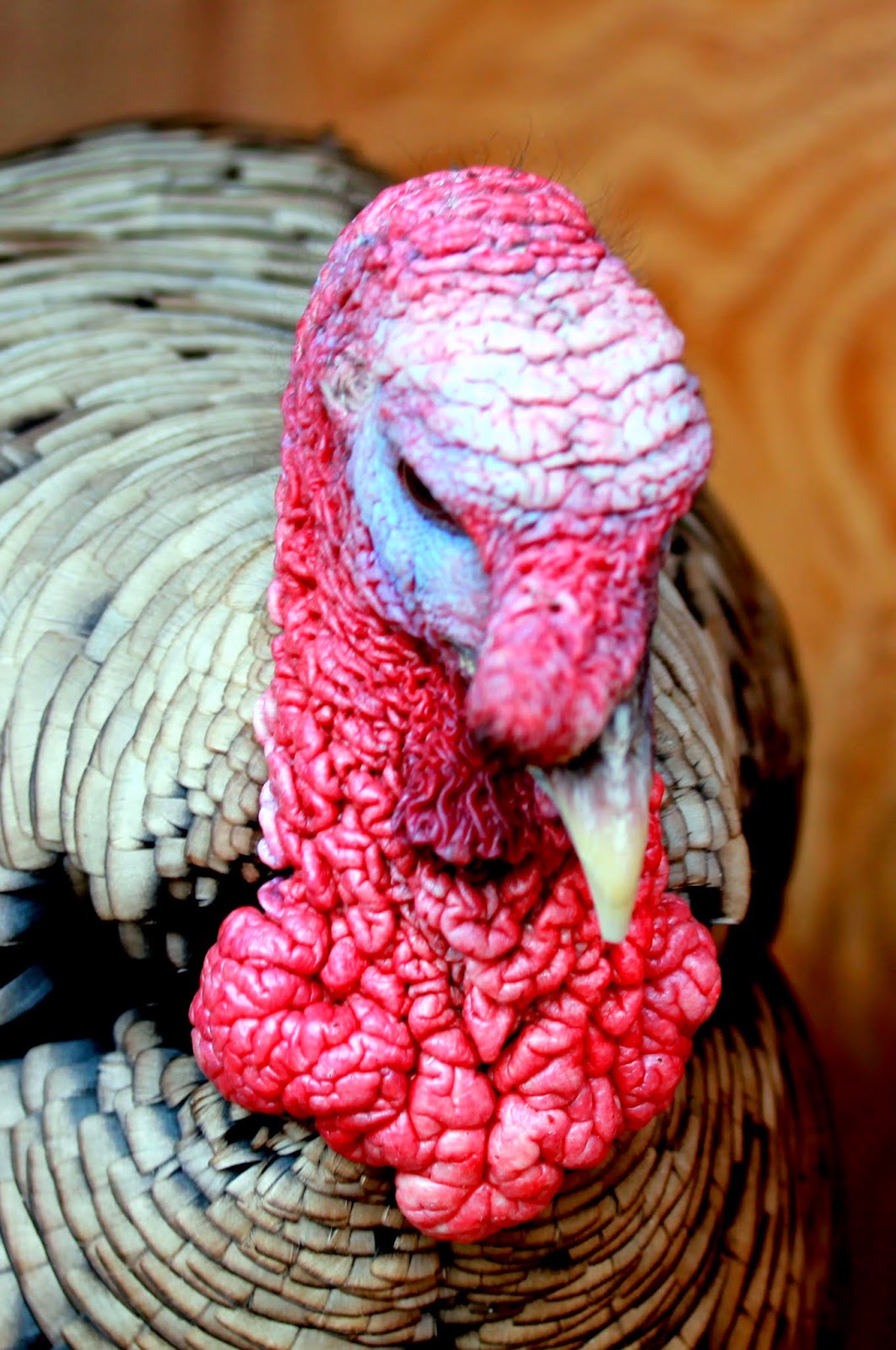 Turkey textures could engage a camera lens for many shots. 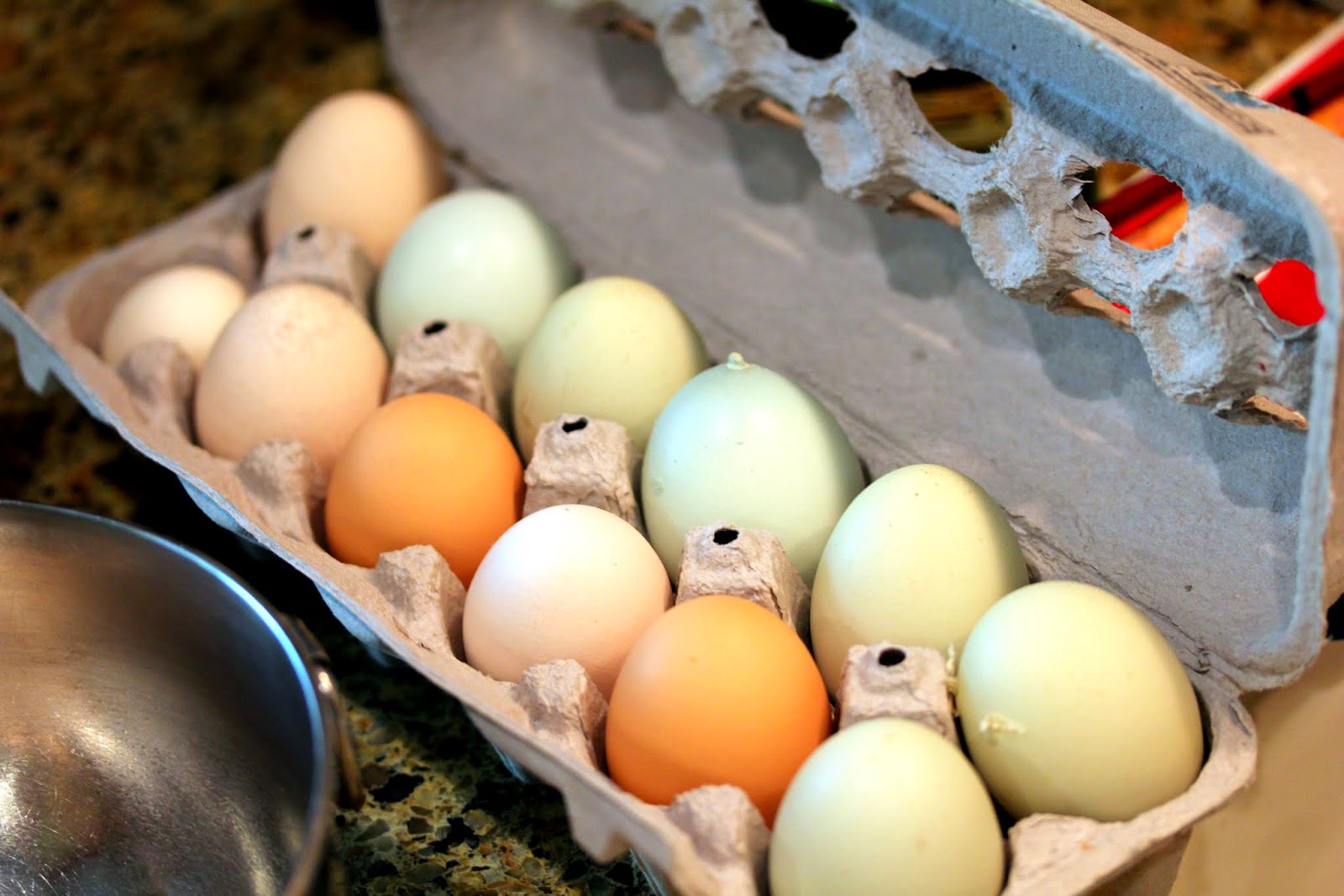 Our daughter in law has access to a backyard chicken farmer who from time to time sells her a dozen eggs in a lovely spectrum of hues produced by his several kinds of chickens.
I am rather taken by the aqua blue egg shells. 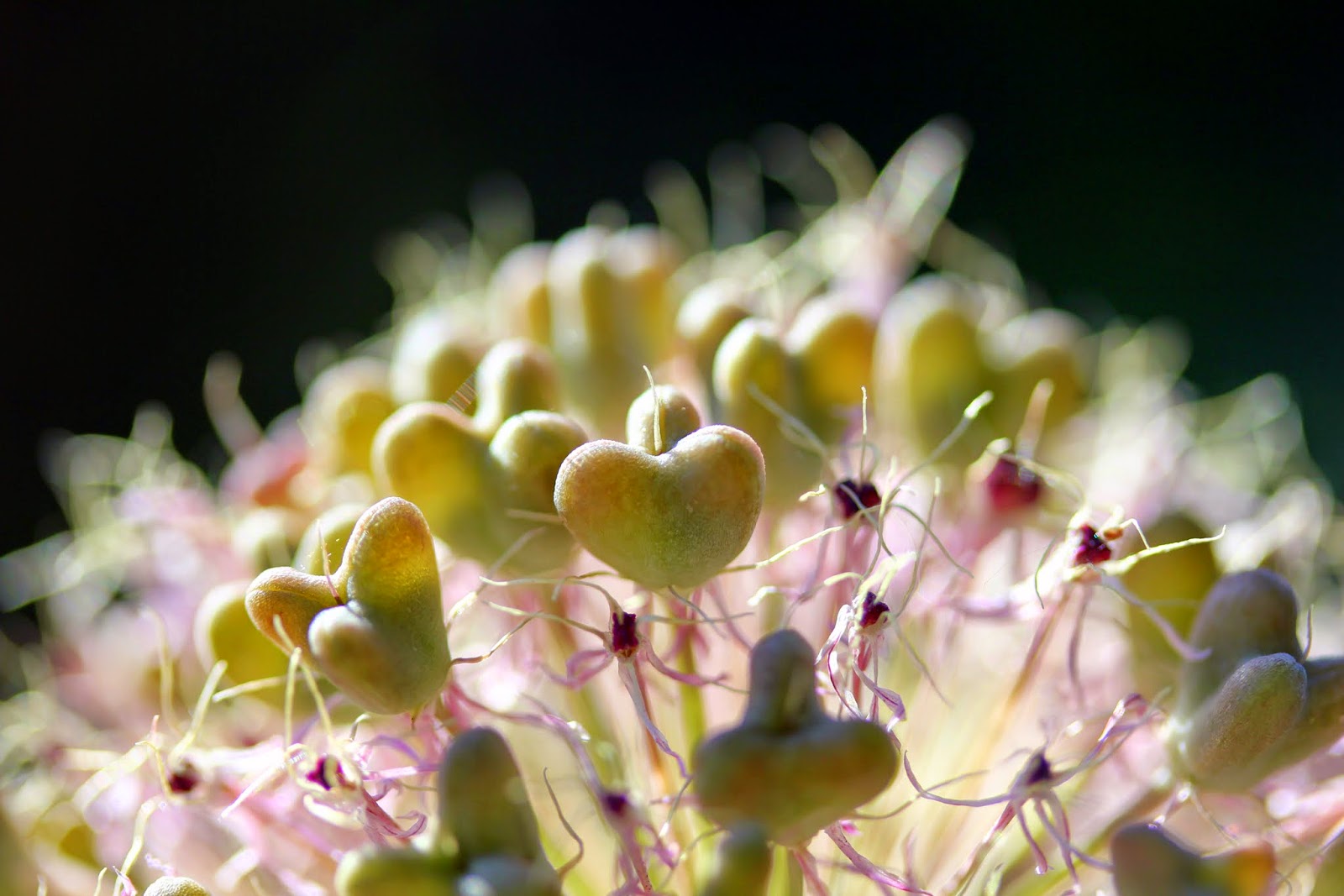 Our alliums finished blooming in late May and then set to making seed pods.
I was clipping the stalks when I took a closer look and noticed the green heart shapes filling out next to the fading petals. 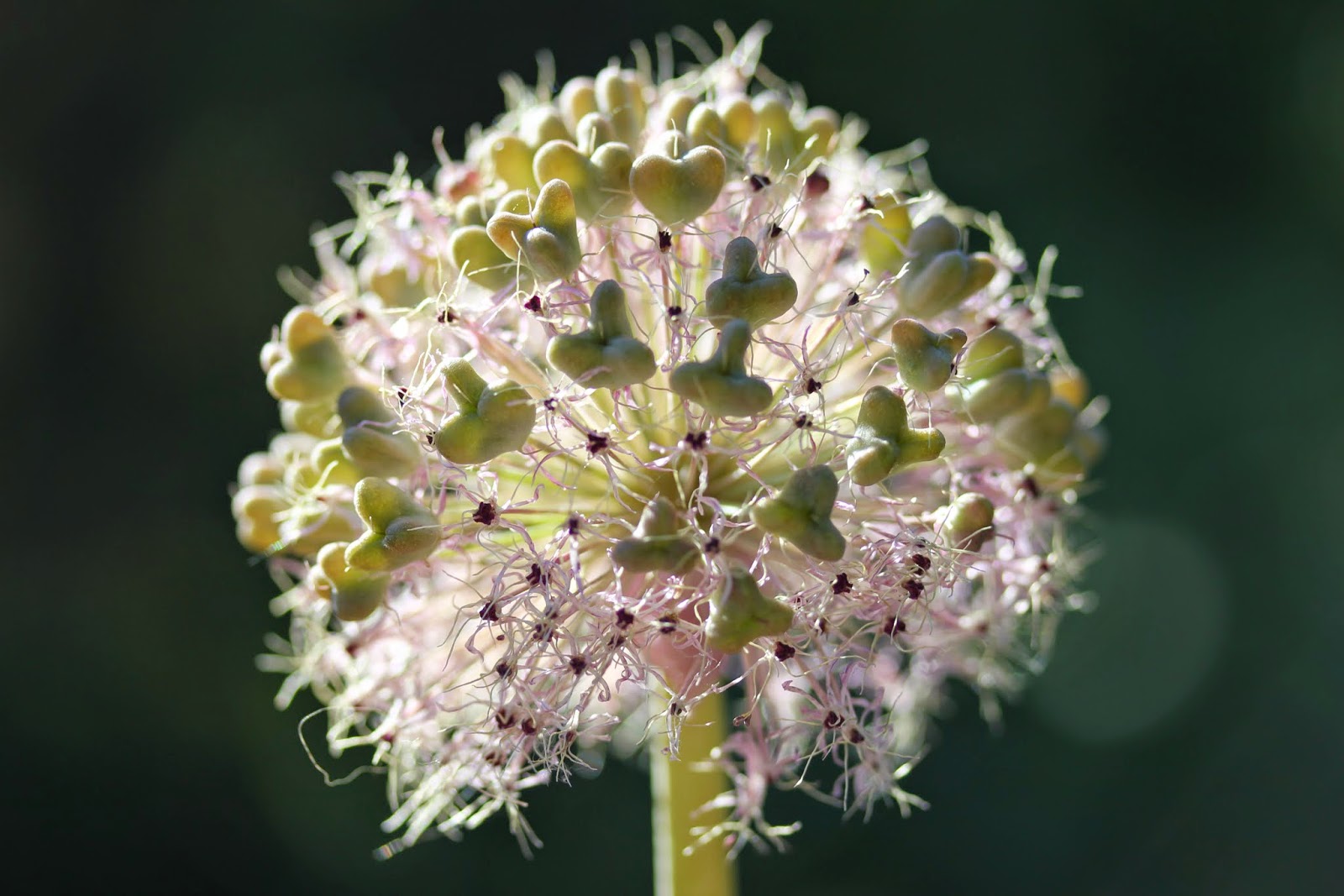 Actually prettier in pod than in fresh bloom I think. 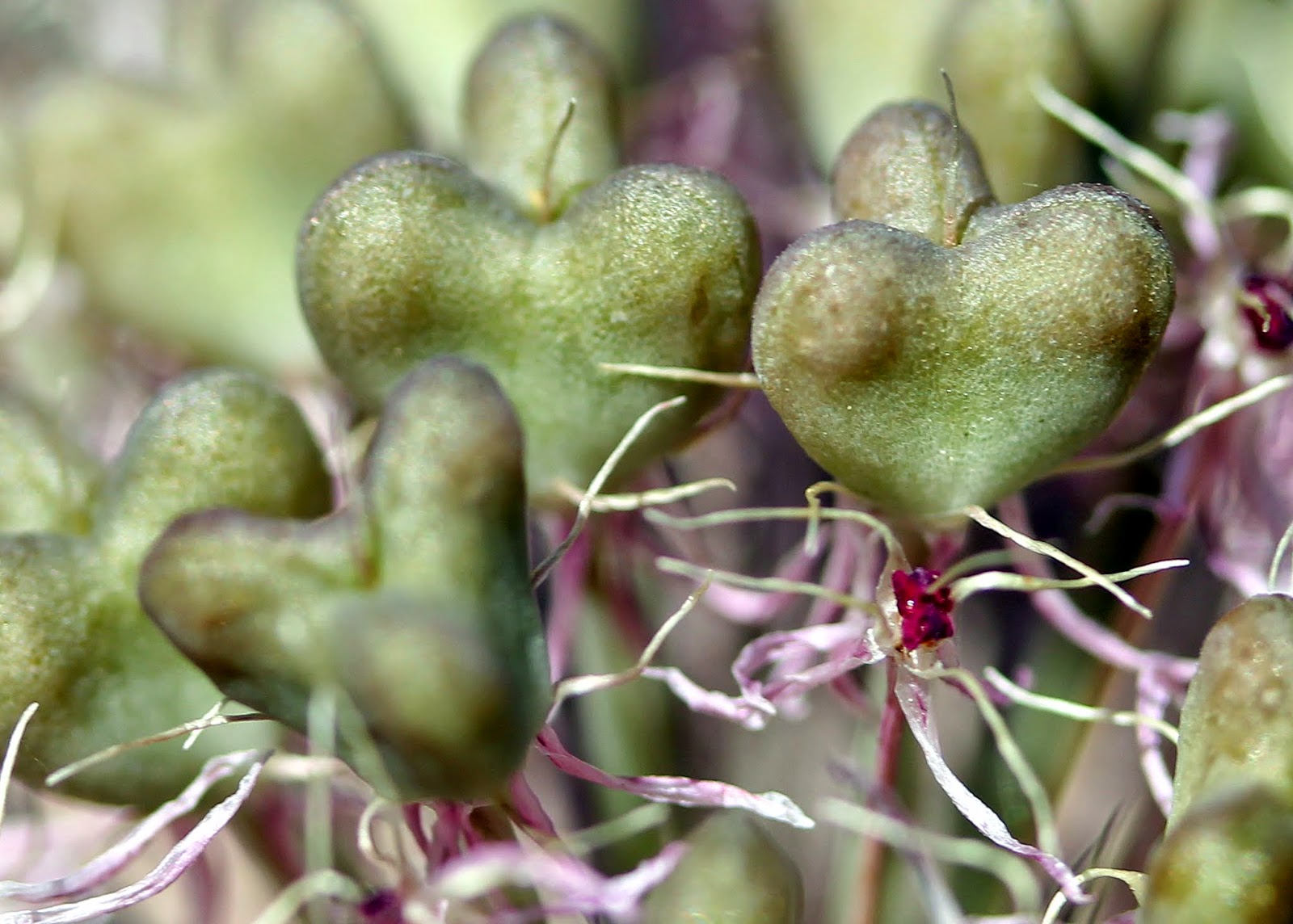 The "hearts" have three sides... 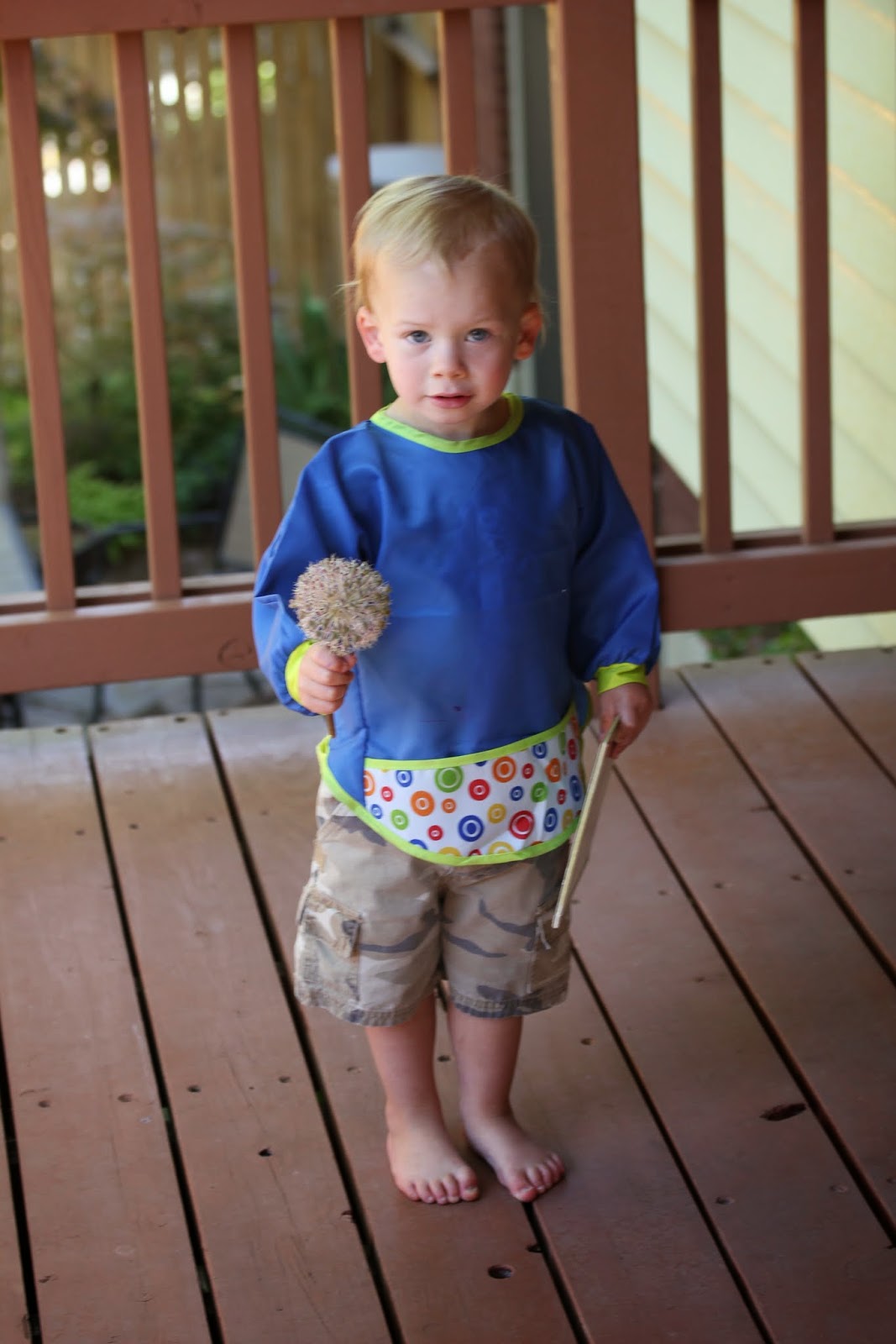 A passing two year old artist paused long enough for a photo op before he returned to his painting. 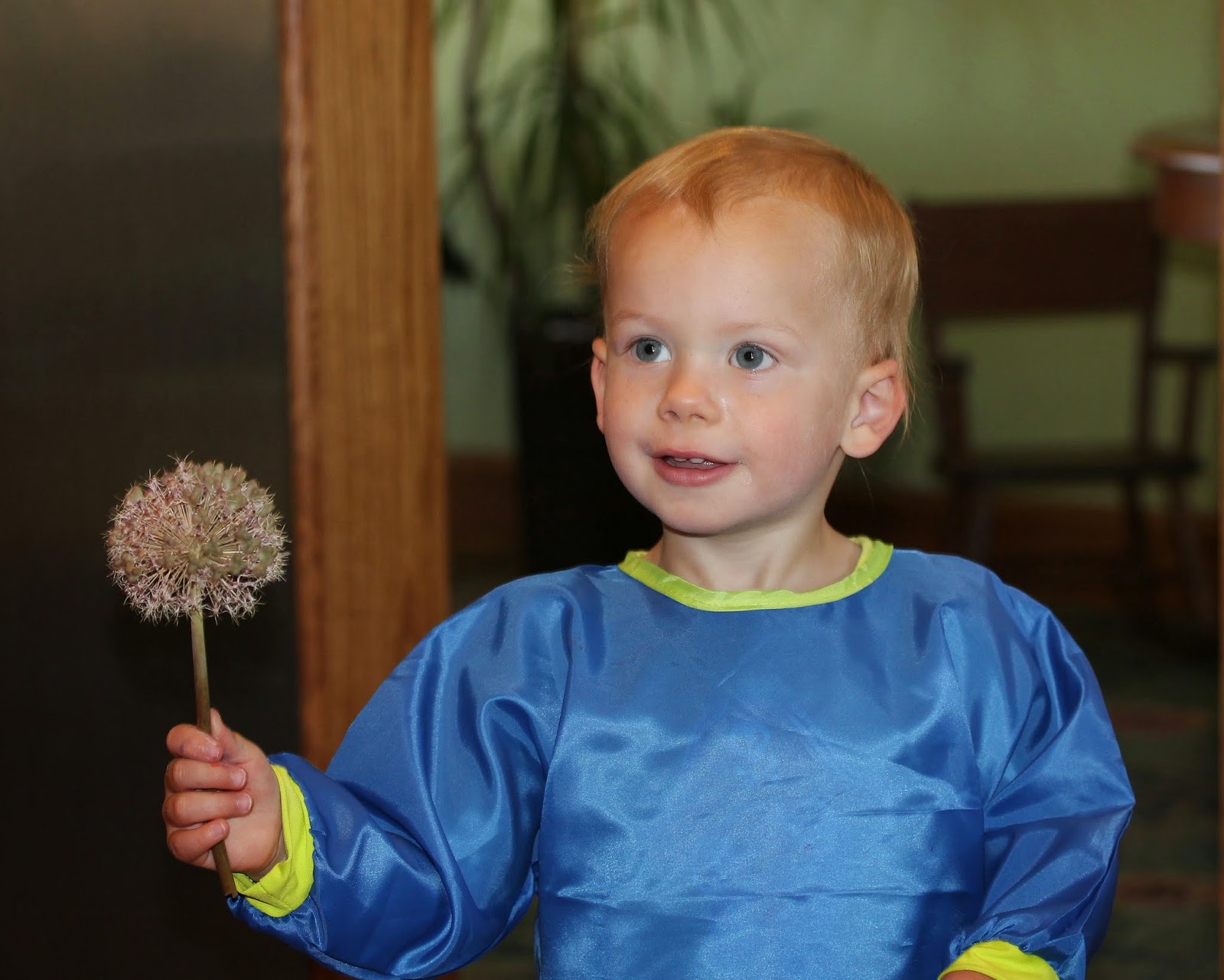 I followed him inside...
He was pretty proud of his flower. 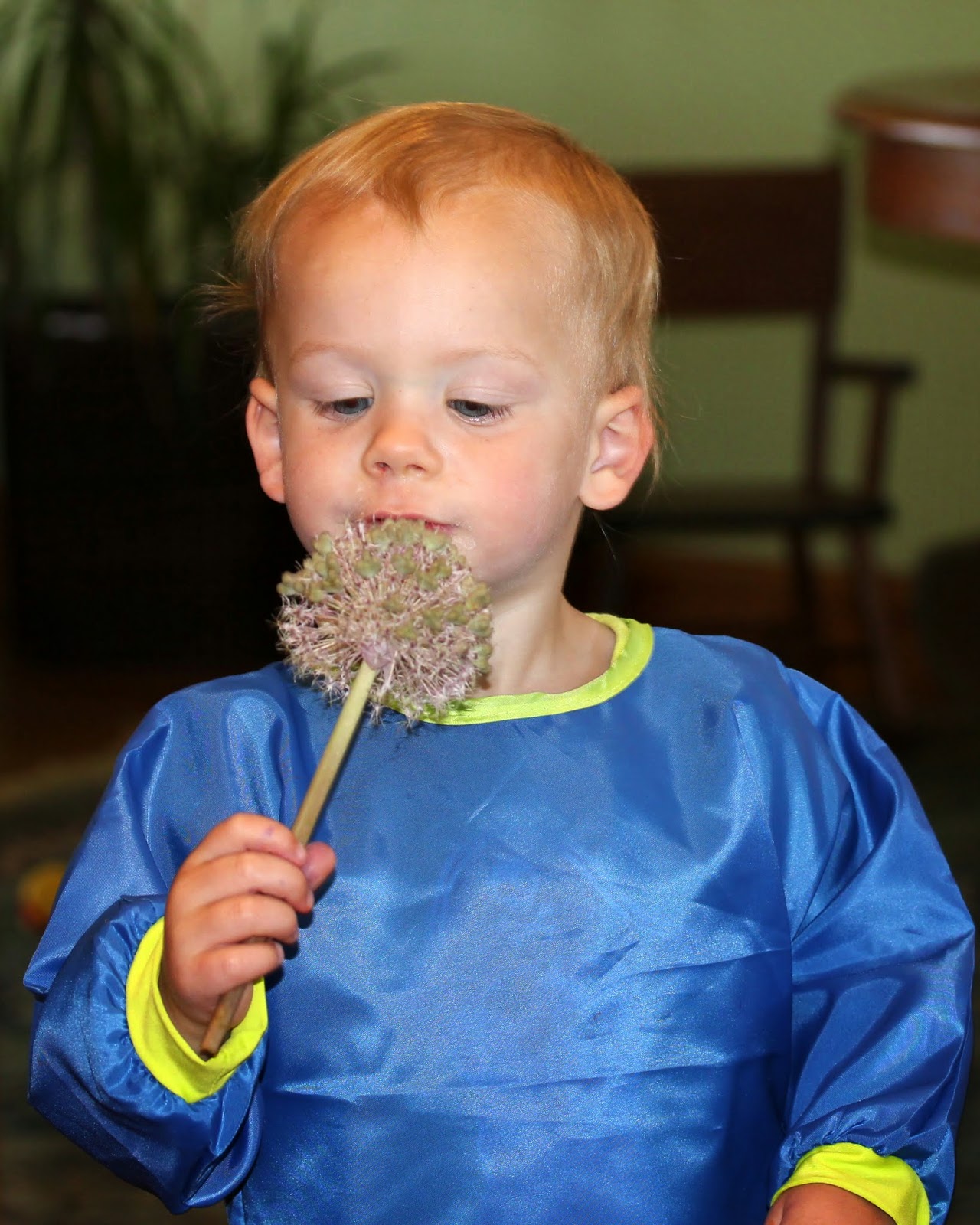 It was rather puzzling that this fluffy globe refused to puff away like the dandelion globes always have.
He gave it his best "wish/blow" effort several times. 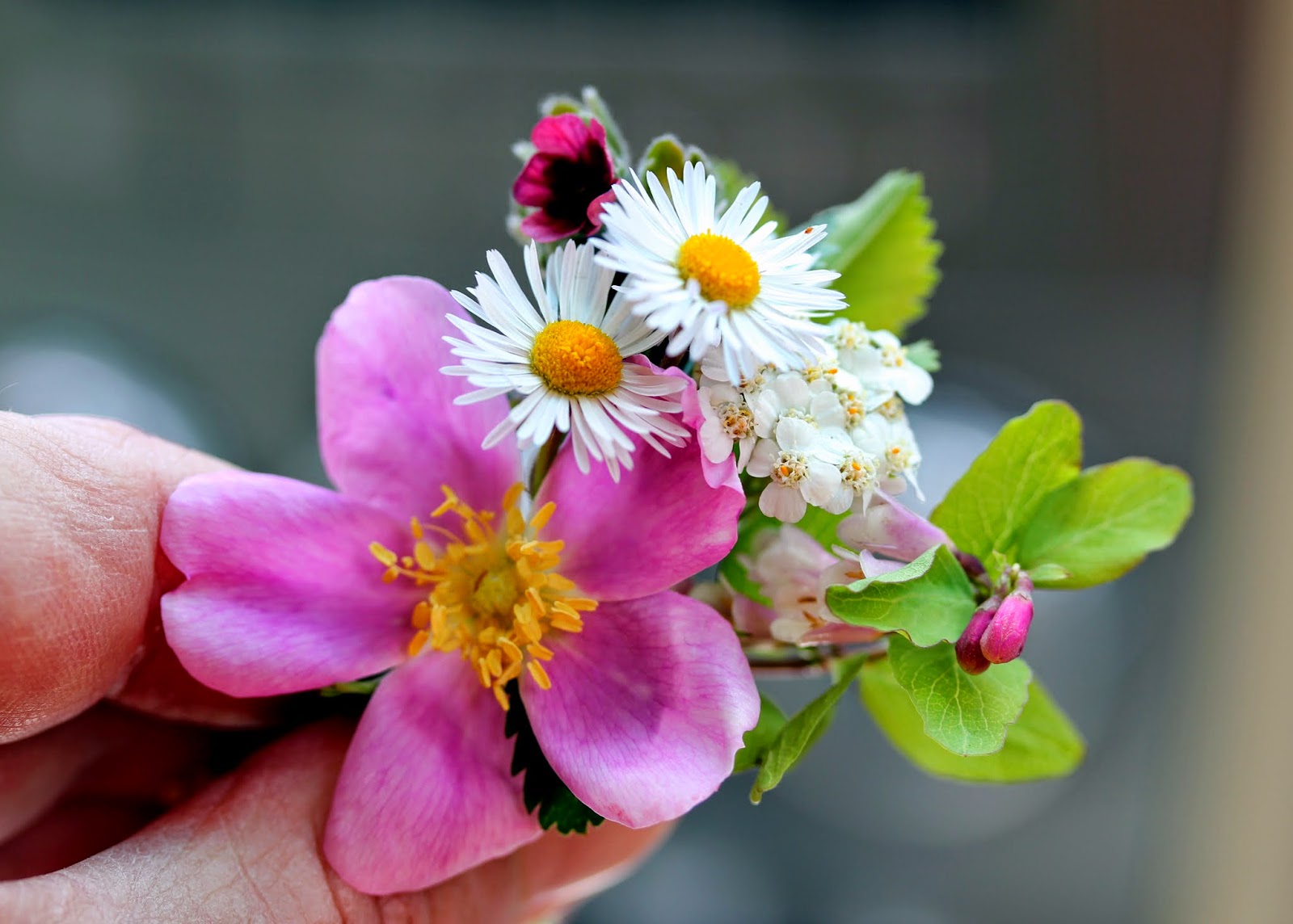 In early July a finger tip sized bouquet was picked by me along a back country road while my fisherman fished down by the river. 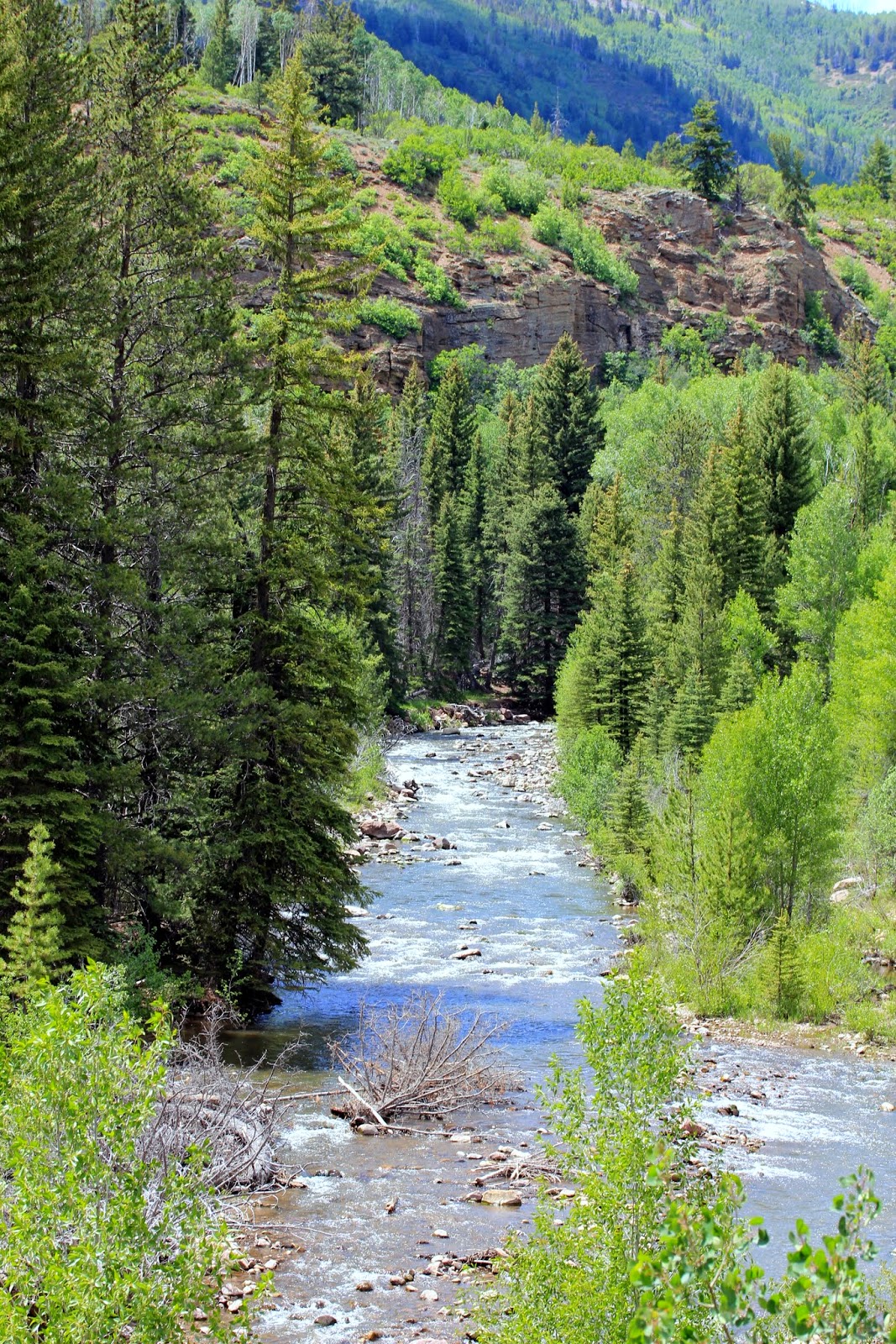 Here's the river he was fishing while I was doing floral design. 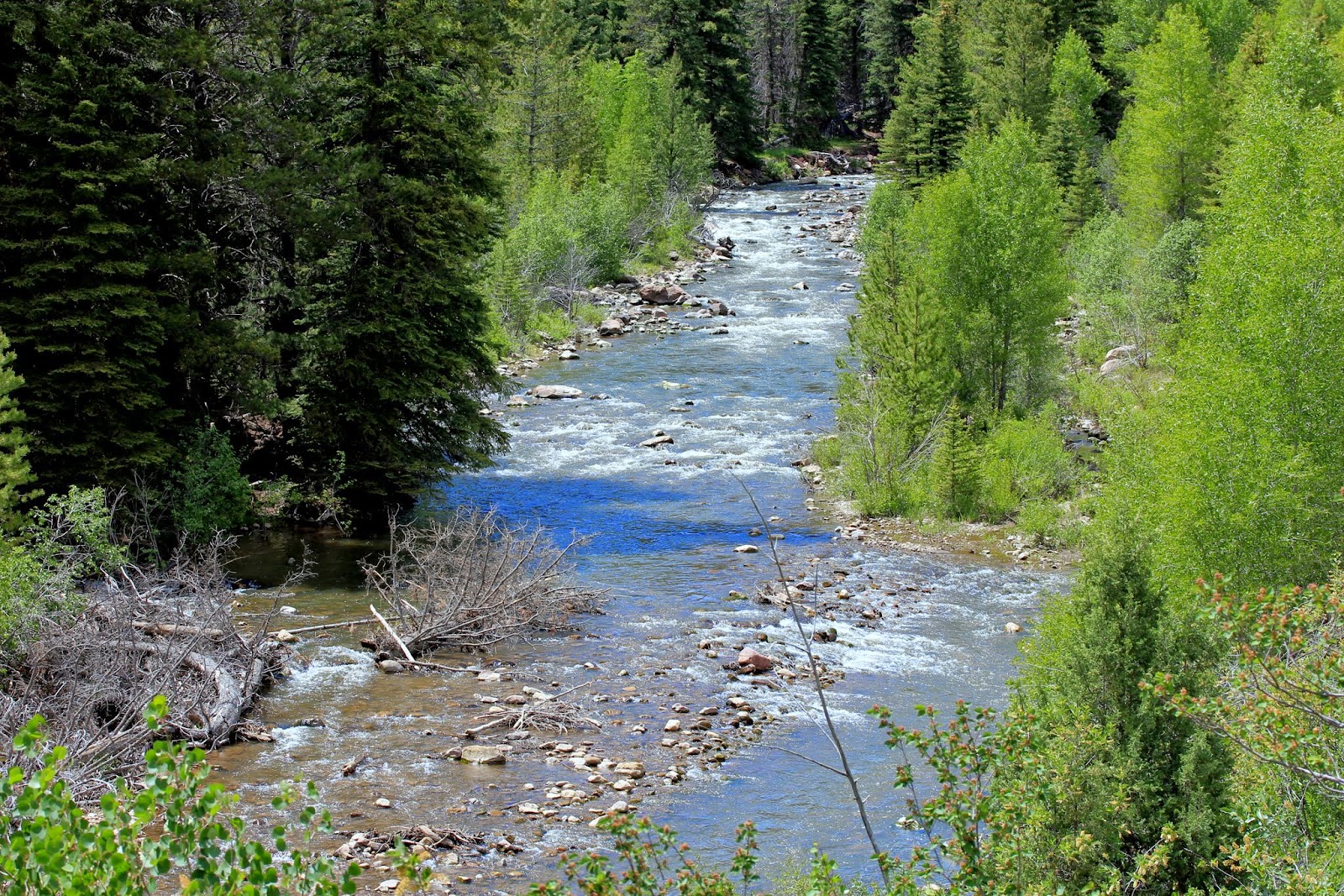 I love how the air smells with an intoxicating scent mixture of river, pine trees and wild roses in bloom. 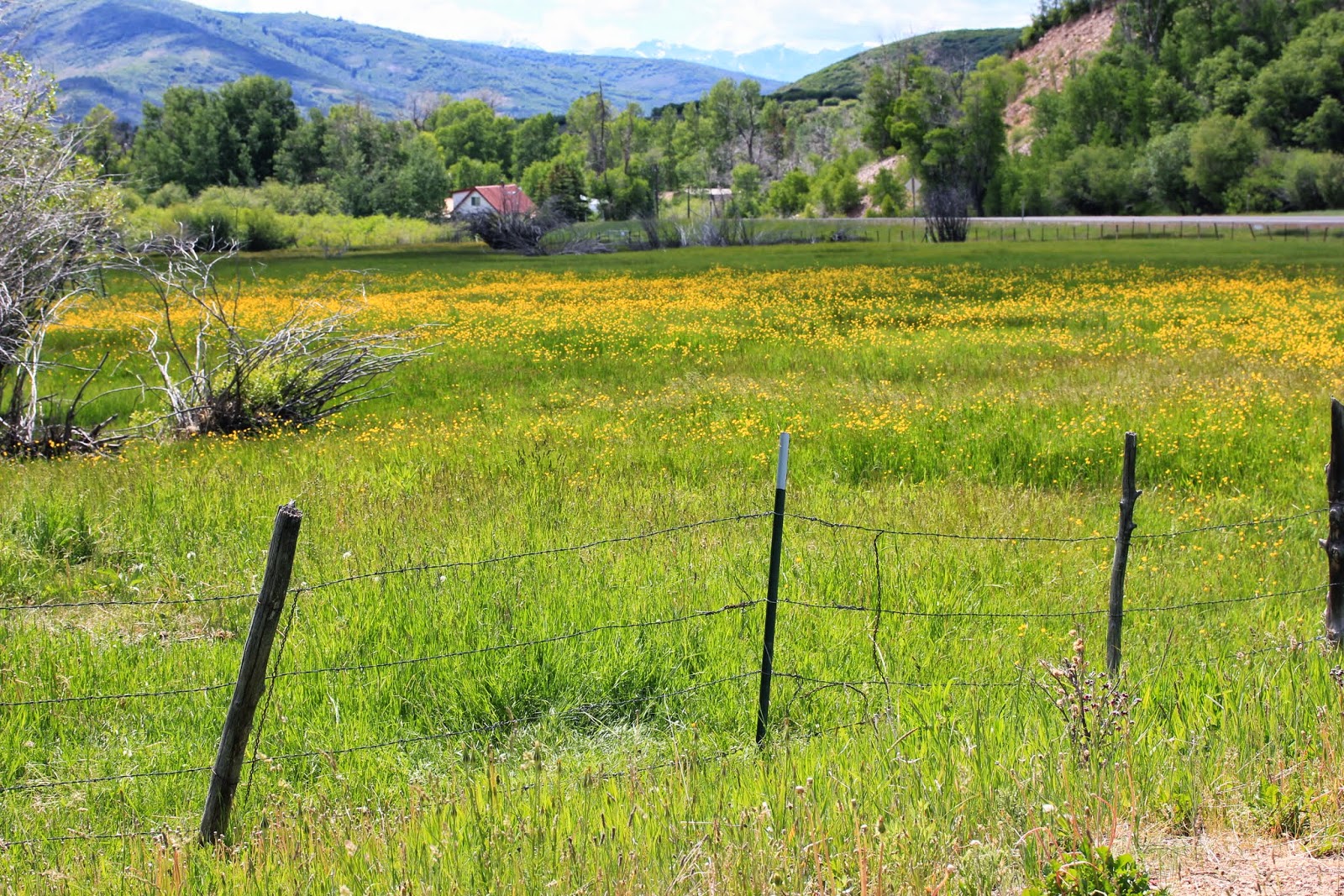 Early July and fields are in bloom. 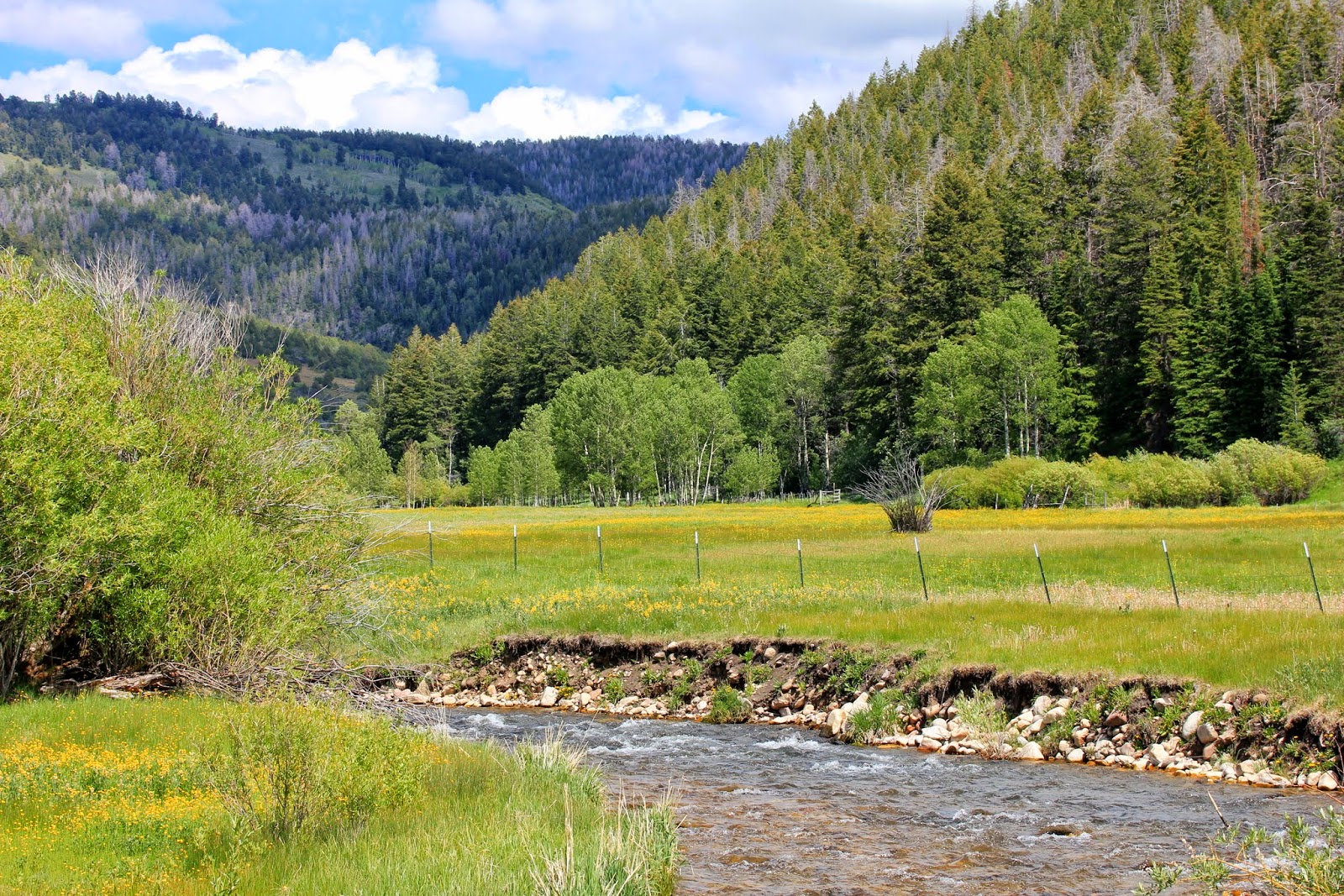 Pretty scene enjoyed by me for a moment, enjoyed by several cows all day.
Cows got it good I think!
It may be a degree or two cooler today.
Not enough to make me want to wander about in the great outdoors.
Thankfully I can instead revisit past wanders that were enjoyed in a cooler season.
It makes me feel cooler just seeing the pictures again.
Photography as an means to a lower energy bill in summer.
Who would of thunk?

Posted by Thoughts on Life and Millinery. at 11:44 AM 5 comments: