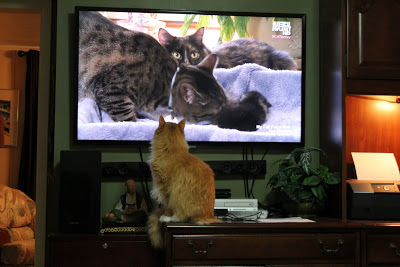 So we were watching a television show about baby kittens when Tate hopped off the couch and jumped up to take a closer look at the program.
He's never done that before. 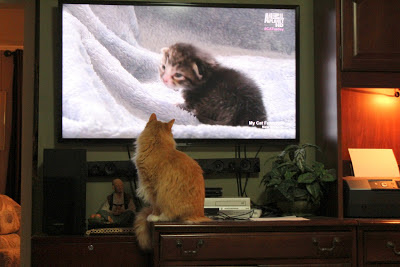 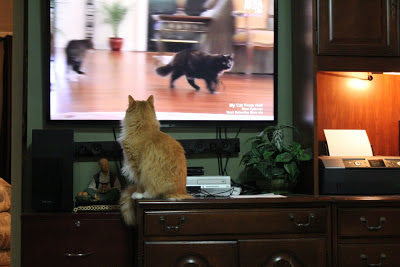 We wondered how long the show would hold his interest. 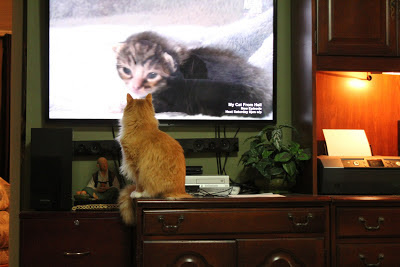 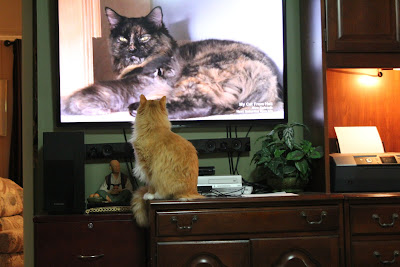 Was he remembering his mom and litter mates?
Nostalgic for the days of kittenhood? 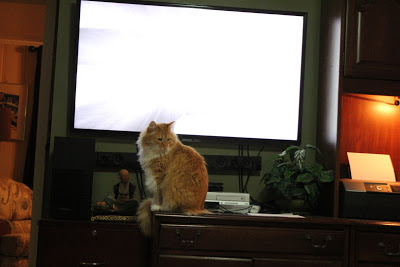 He would look away during the commercials. 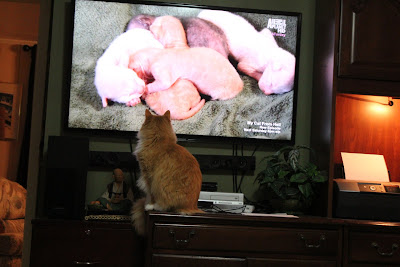 Once the show resumed he was tuned back in again. 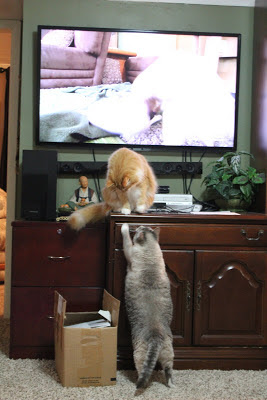 Eventually his bossy Aunt Frenchie came by and told him he should get down. 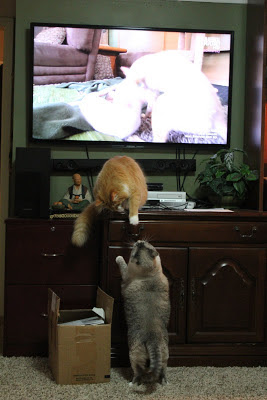 He batted her away and watched until the show was over.
"You are not the boss of ME!"  we could almost hear him say. 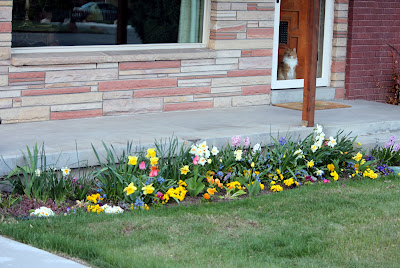 Tate also enjoys the flowers blooming outside as seen through the storm door or front window. 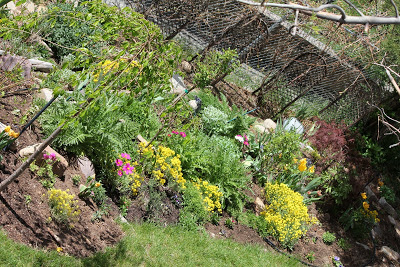 The backyard garden is coming alive with the spring sunshine and rain. 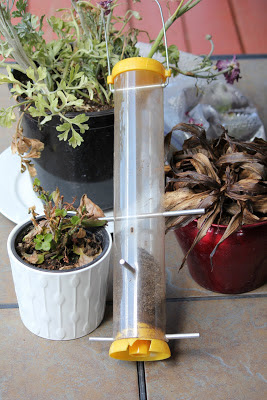 This year's squirrels are proving to be a tough group.
They have taken down all three of our bird feeders.
I usually enjoy squirrel antics and don't mind an occasional raid on our bird feeders but when they started busting things up, I am not so amused. 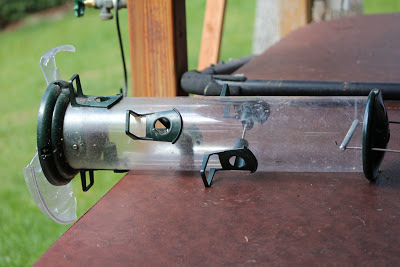 Made me so mad I started thinking about making me some squirrel stew, if you get my drift. 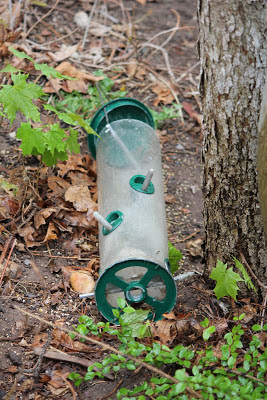 I looked in both my Mennonite Girl cookbooks and didn't find a single recipe for squirrel anything.
No squirrel stew, baked squirrel or fried squirrel.
Perhaps in their next book this obvious oversight will be corrected? 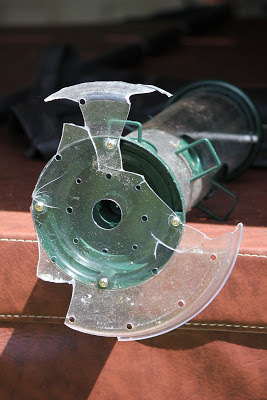 I am happy to report that I did recently acquire another cook book  put together by group of not quite so pretty Christians in Louisiana that did include a great fried squirrel and cornbread dumpling recipe.
(Incidentally I would LOVE to see the Mennonite Girls and the Duck Dynasty Boys interviewed together about cooking and their Christian faith.
Now that would be interesting.
I can dream, can't I?)
I will get back to you about squirrel stew after I get Bernie to bag a few rowdy squirrels for cooking. 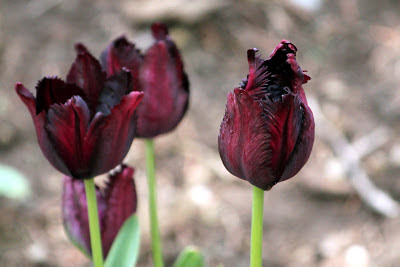 Tulips were awesome this year.
Even the ones that were planted several years ago out front managed to bloom.
We didn't know tulip blossoms are the most favorite food for area deer when we planted them.
Each of the past five years the tulips have just barely budded before they were neatly bitten off by the neighborhood deer.
(Several deer live in the back yard of a house in the next block.  The home owner isn't much for gardening apparently.)
These are the variety that blooms late in the season.
Each year I vow that next year I will buy hundreds of tulips next season.
Someone remind me to do that next fall, OK? 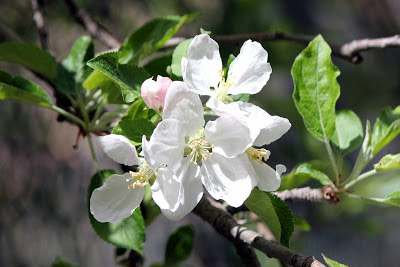 The apple blossoms are almost spent, the white petals have been blowing about the garden like confetti. 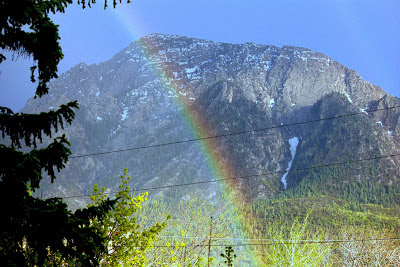 We have not had a lot of rain this spring but last Friday the rain came and brought a rainbow into my garden. 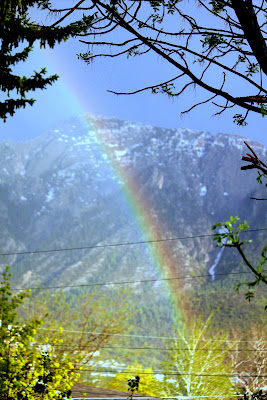 And so it goes...another mixed up mishmash blog post.
I am still busy with assessing second grade kids; they are so droll I can hardly keep from laughing out loud most days.
One question in the Science part of the assessment asks the question "What hides the sun on a rainy day?"
The child that answered "Rainbows" had me smiling for days.
I think he is lucky, like me, to live in a place where we so often do see rainbows.
And sometimes the rainbows even touch down right in our own back yards.
Posted by Thoughts on Life and Millinery. at 3:40 PM 12 comments: