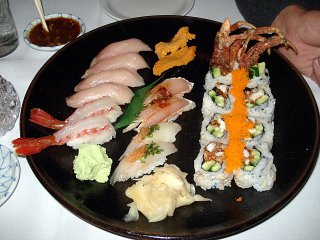 Downtown San Diego used to be a snooze. Now it is just hopping with restaurants and places to go and be seen.

Lots has changed since we left San Diego in 1998.

Bernie had to go to a convention in SD a couple of months ago and was astonished at the night life.
He wanted to show me the new SD. It was pretty amazing. 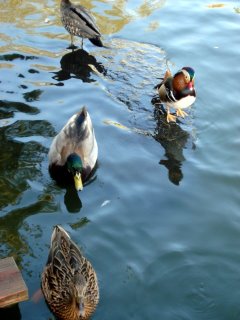 Saturday Bernie headed out for a golf date with friend Brad Stewart and Brad's son and son-in-law.

Chris Stewart, her daughter Jessica, her grandson John and her VERY pregnant daughter-in-law Heidi (she gave birth New Years day) and I got together for breakfast and a trip to the Wild Animal Park, AKA "The WAP".

I visited the WAP the first day it was open back in the early 1970's.

It has come along nicely since then.

I didn't take pictures of friends as I should have. The animals...well, I used to work at the San Diego Zoo.

Animals are great, but really, haven't we all seen a tiger by now???? 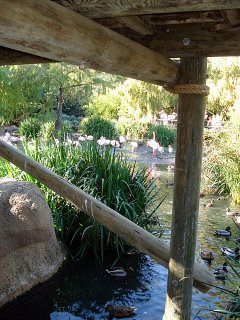 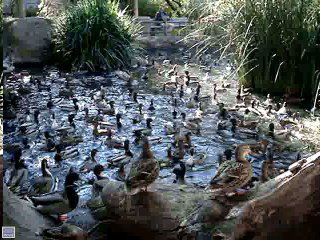 The ducks don't have to stay.

I wish blogger would allow the film clip to play. Rush hour traffic has nothing on these goofy ducks.

The young men managed to defeat the old men in golf.

And we got to see Chris's lovely new kitchen in her home in Ramona, a community inland from the coast.

Always a treat to eat at the Stewart's, but the time around her table feeds both the body and soul nicely.

Posted by Thoughts on Life and Millinery. at 7:51 PM