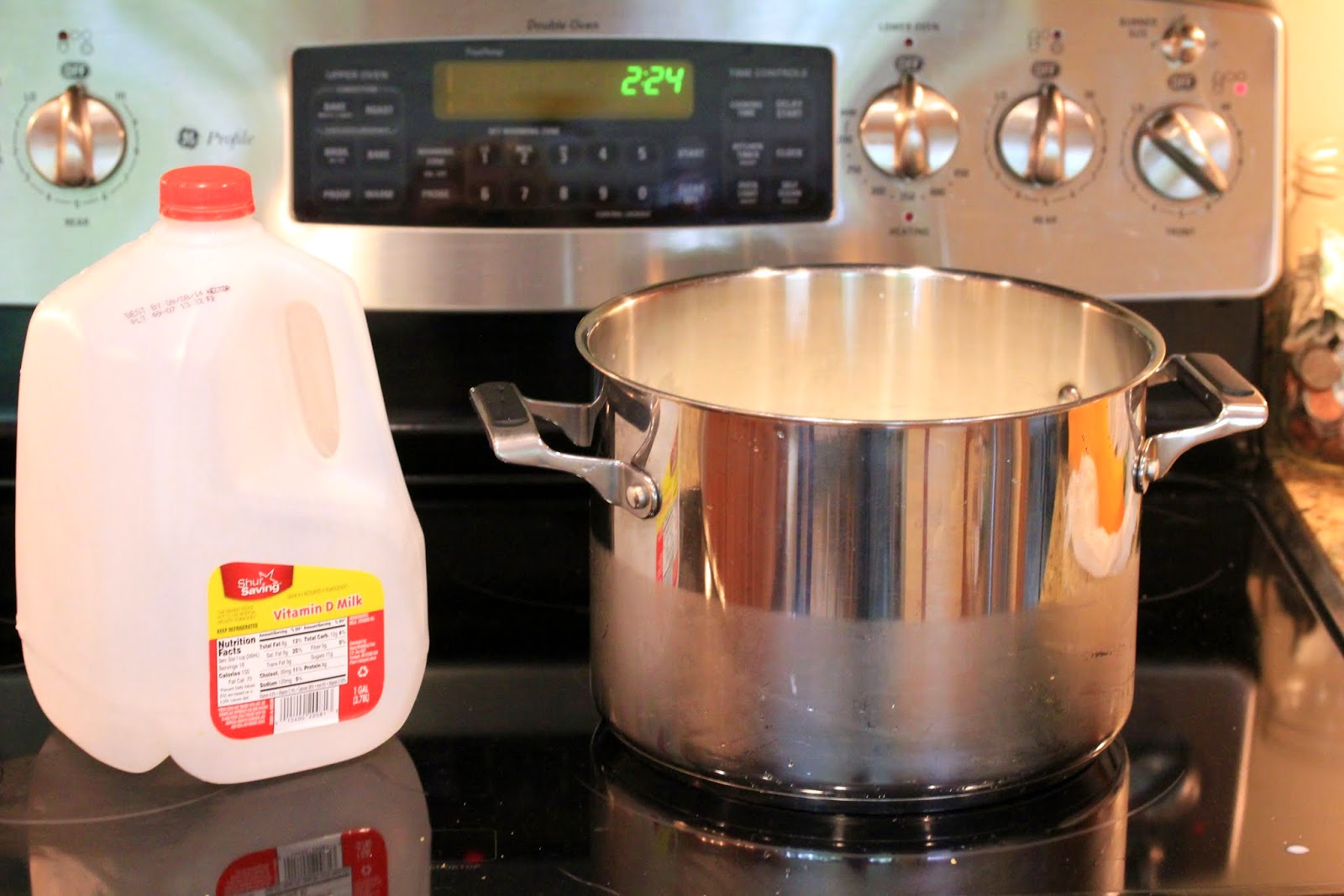 Any guesses what I am doing here? 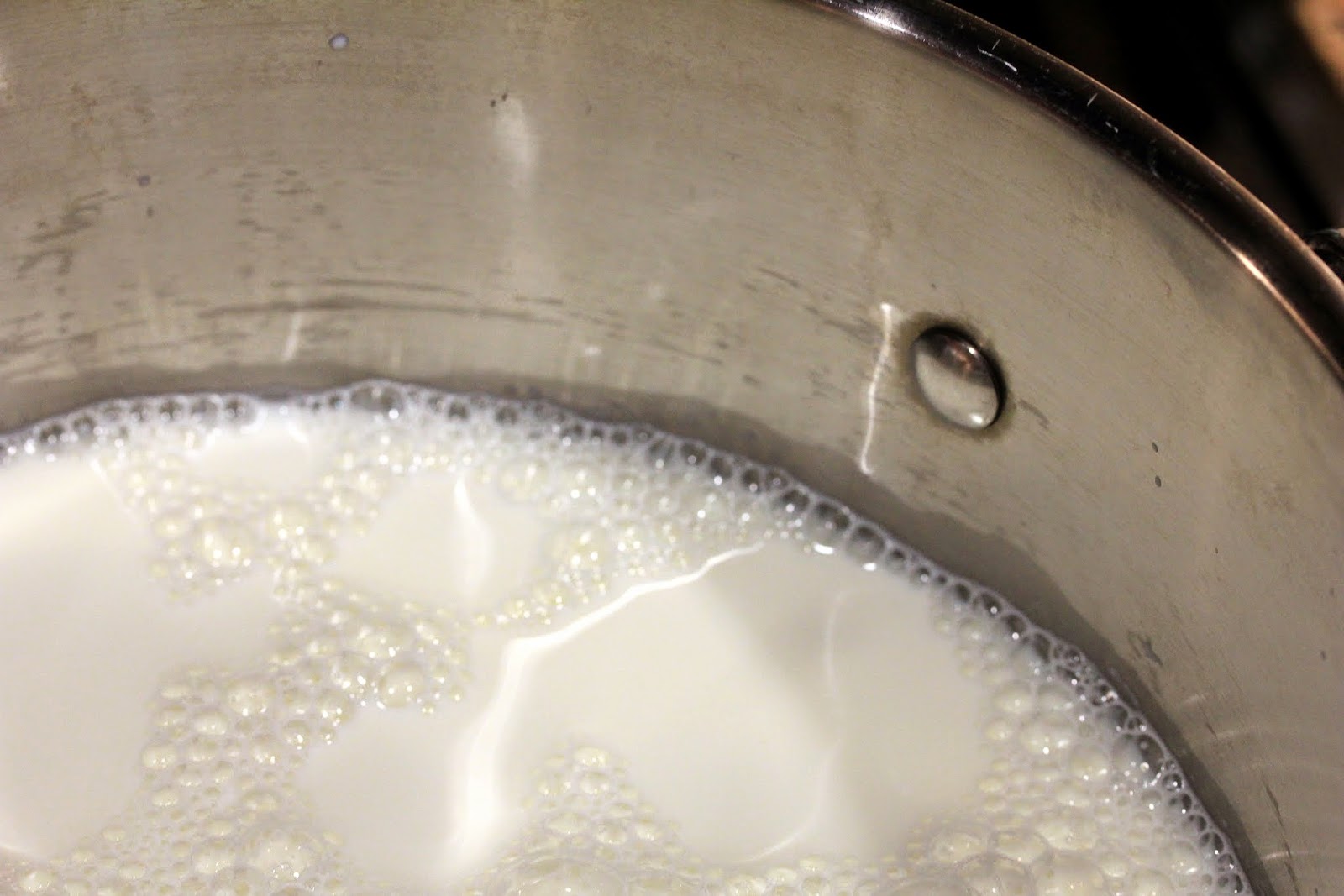 OK...obviously I am heating up a gallon of milk. 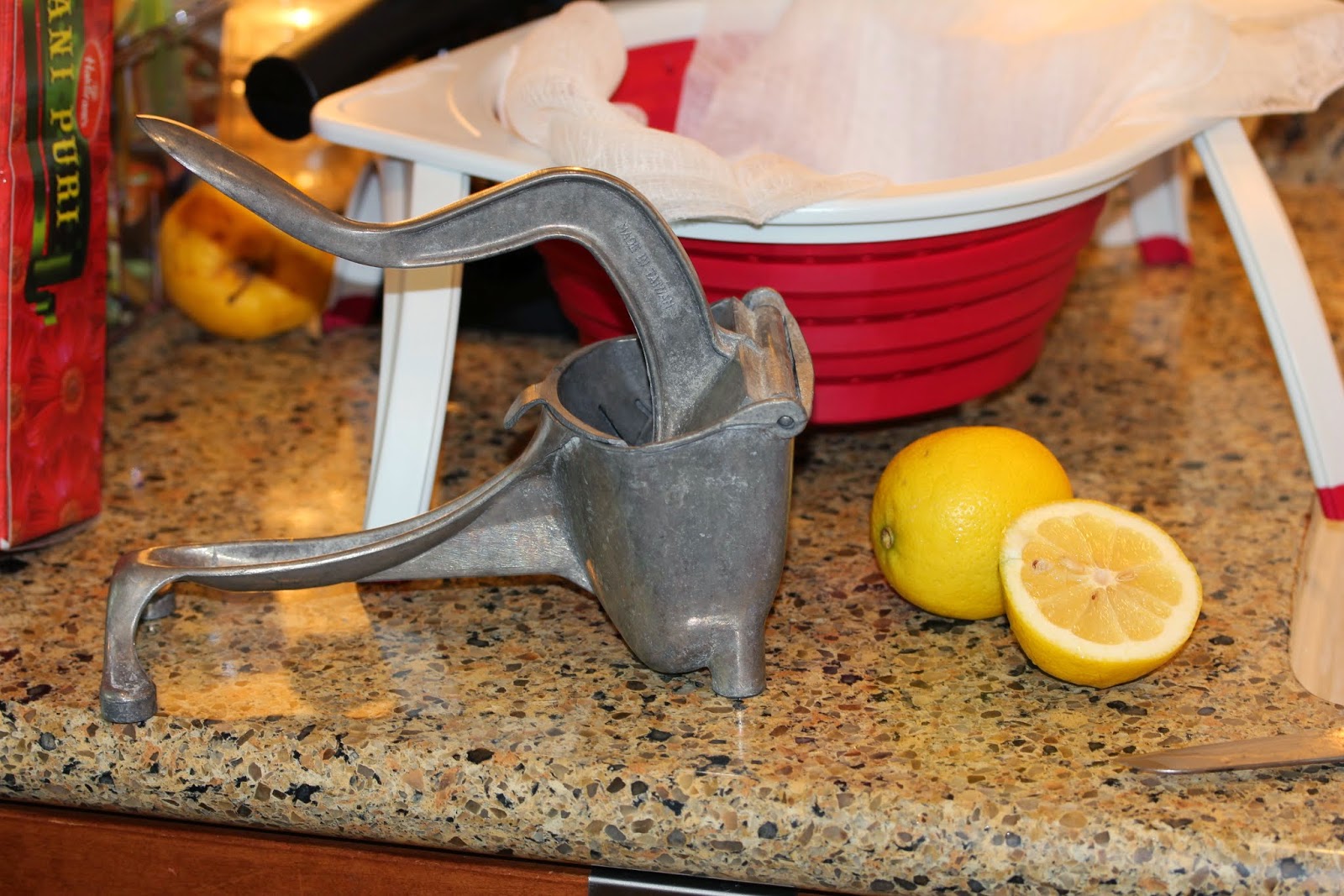 So why am I squeezing lemons?
(And don't you love my old fashioned lemon squeezer?
That was the kind I grew up with and have used my entire life. So easy!) 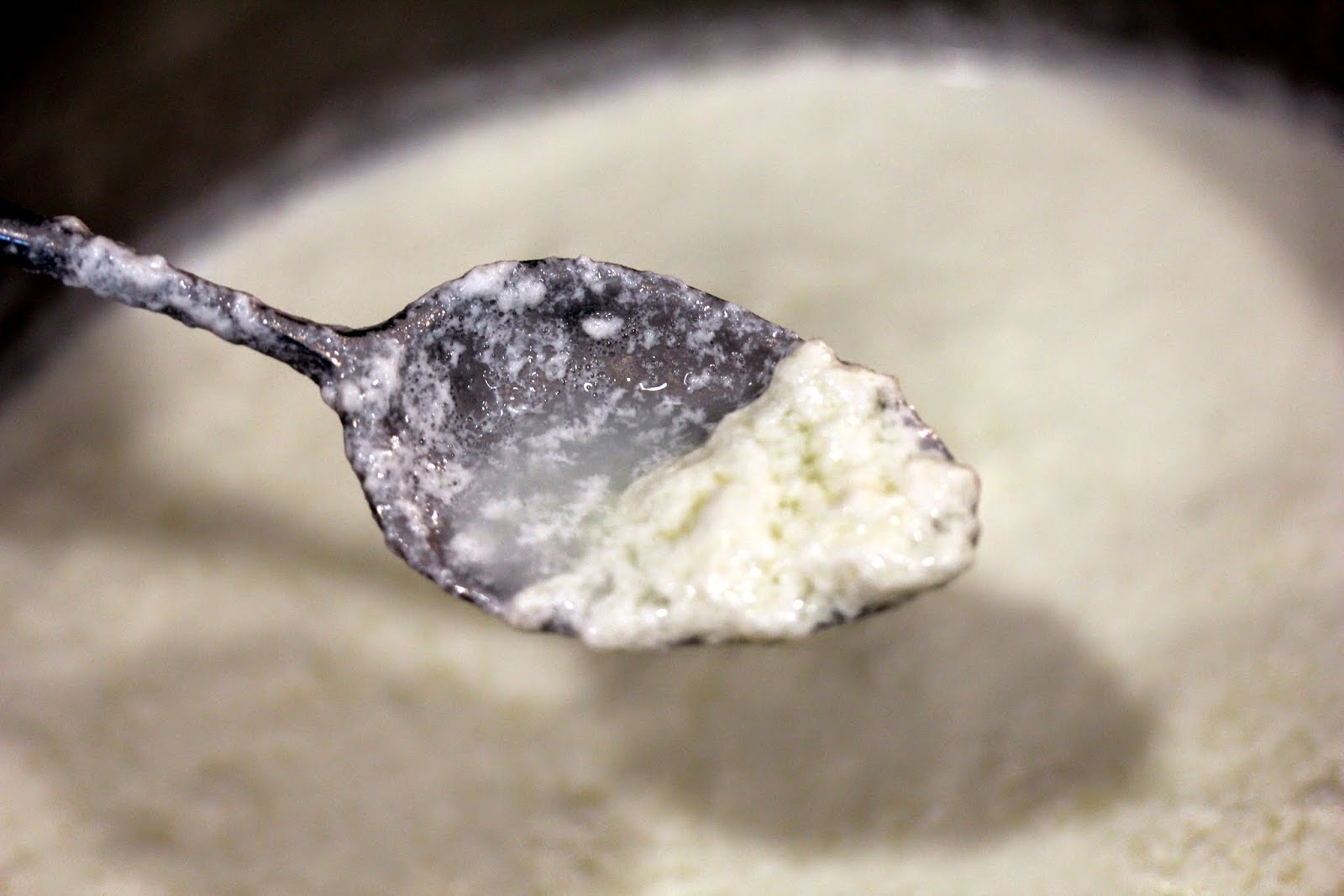 Well...after the milk was simmering (not boiling) I added a quarter cup of lemon juice and gently stirred the mix.
The milk changed; it became whey and curds that separated right away.
(You have guessed what I am doing by now haven't you?) 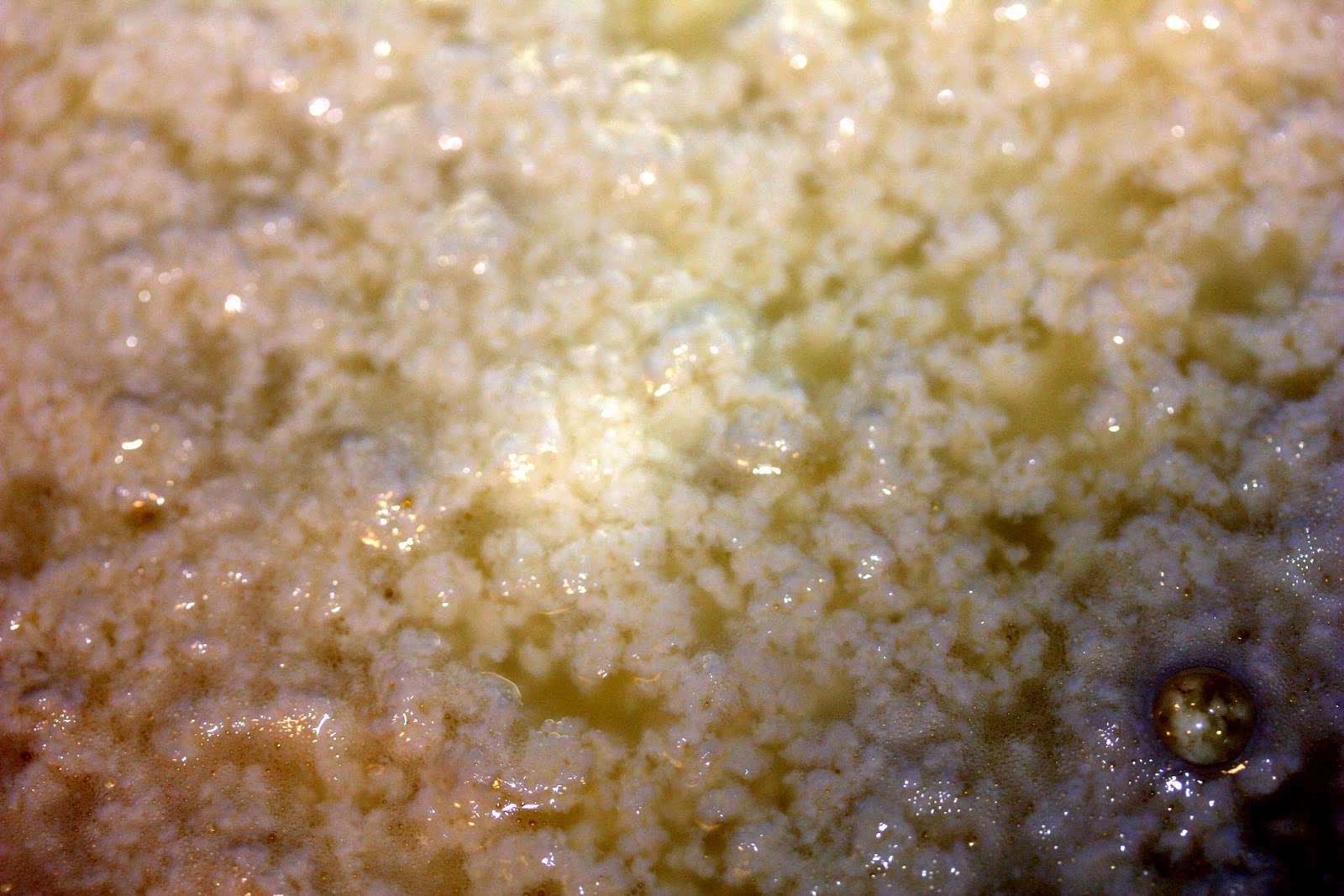 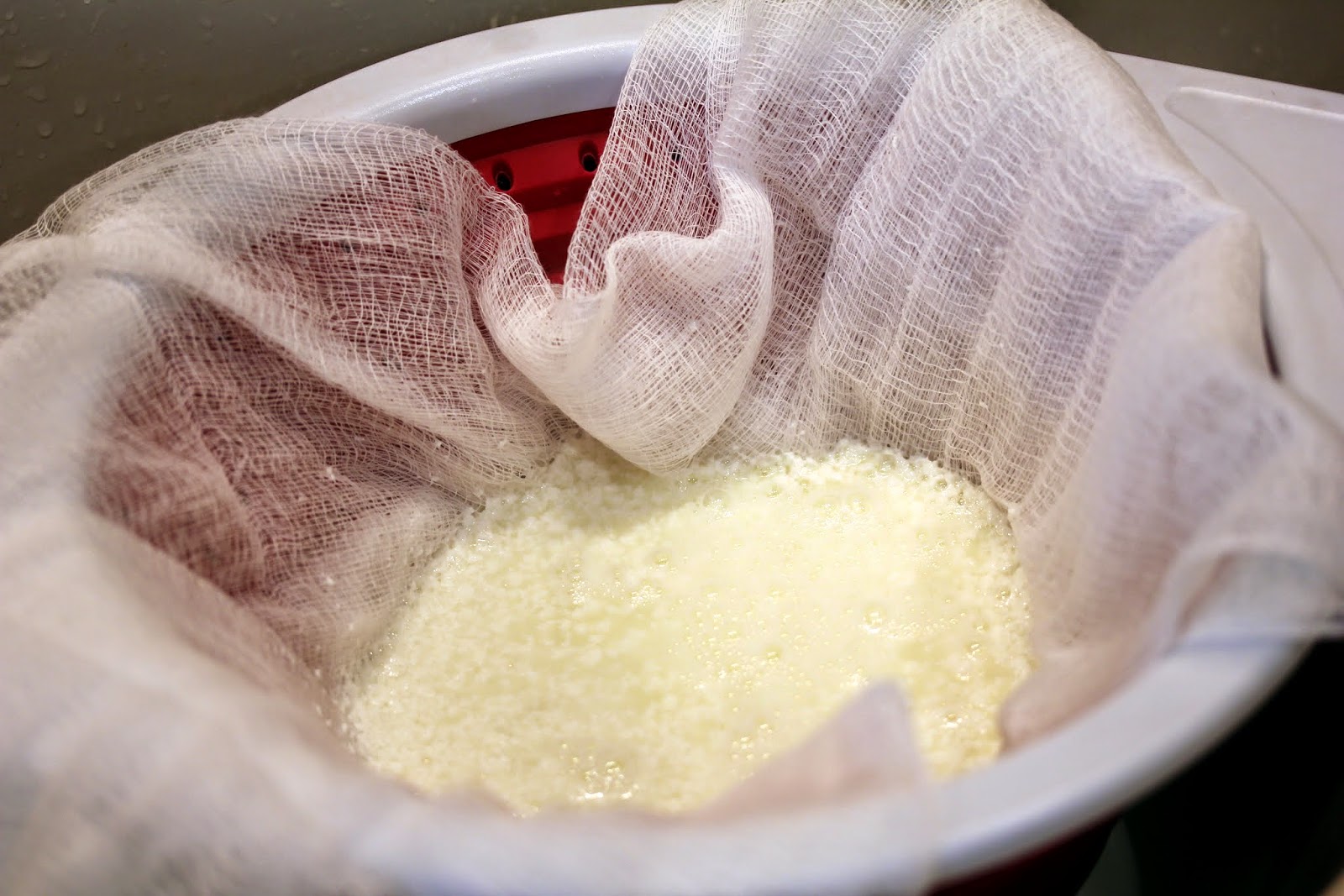 Next I dumped the mix into a cheesecloth lined colander.
It was seated over another huge bowl which served to catch the whey that dripped out from the curd. 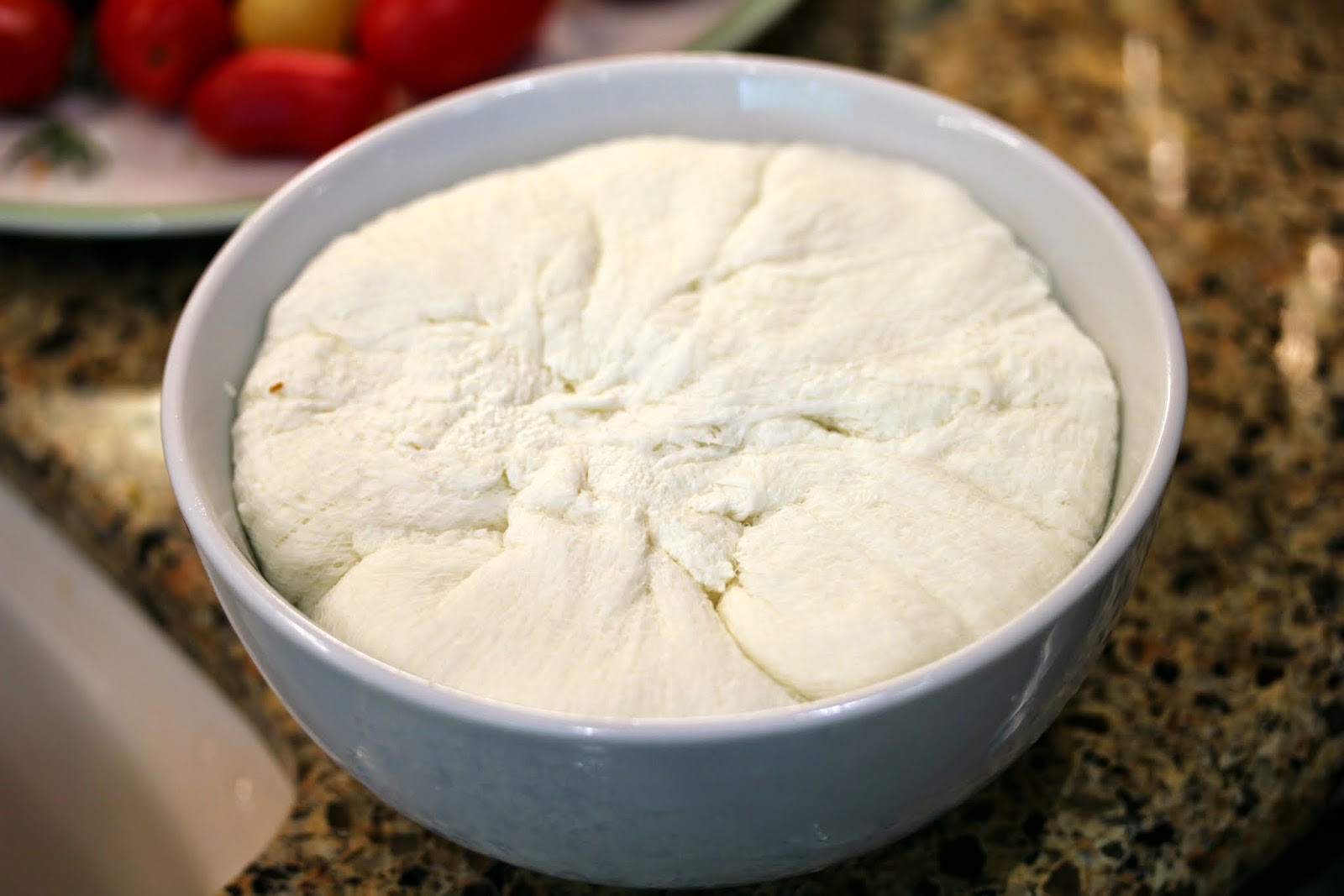 After the whey had dripped out, I ran cold water over the curds to remove any lemon flavor.
(Vinegar can also be used instead of lemon juice.)
Then I gathered the curds and squeezed them gently, then placed the cheesecloth covered mass into a bowl. 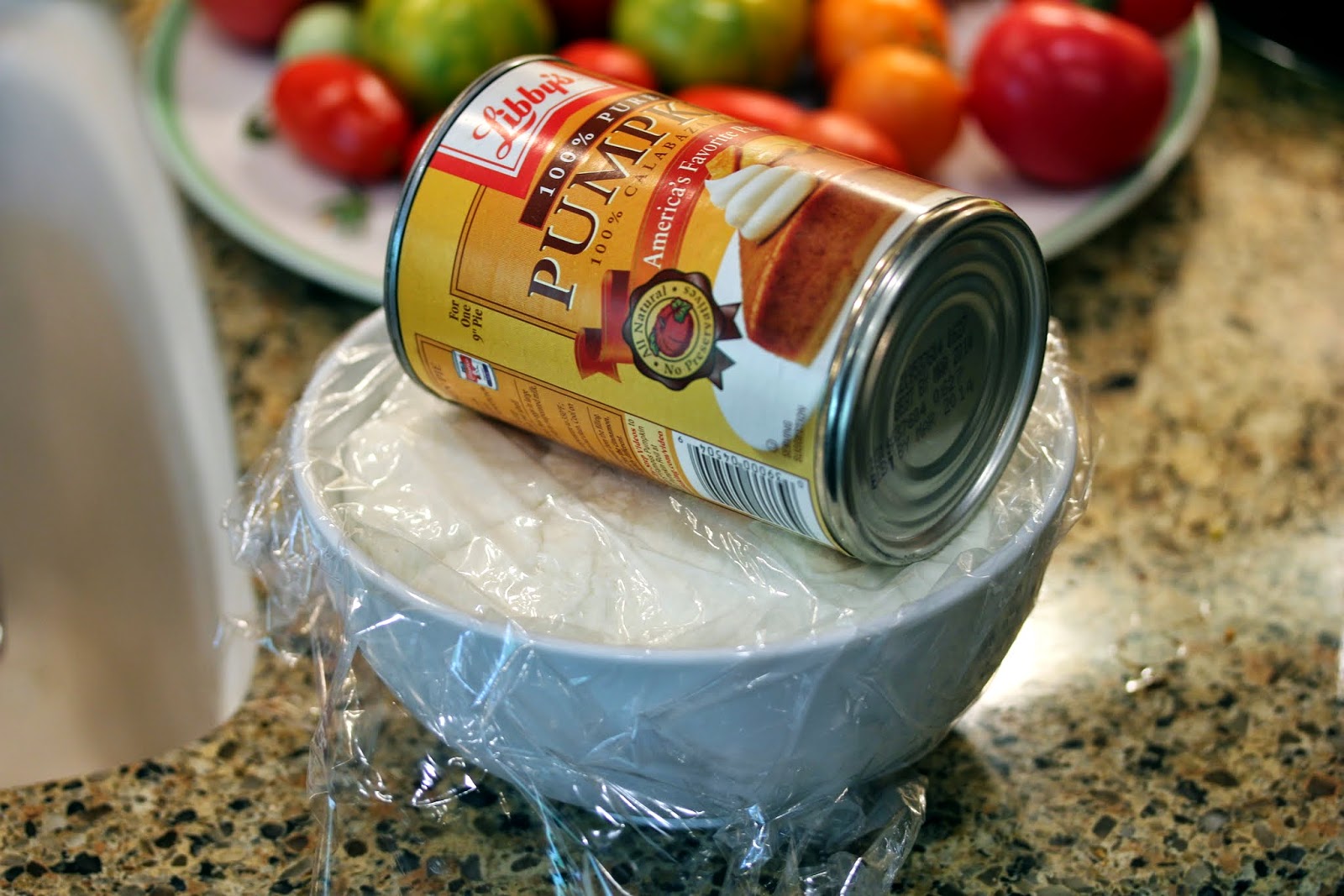 Cling wrap went on top and a can goods item was rested on top for a weight.
Off it went to the refrigerator for 20 minutes to cool.
Later I peeled off the cheesecloth and put the cheese into an air tight container.
The cheese, now done and ready to eat, was placed back into the refrigerator. 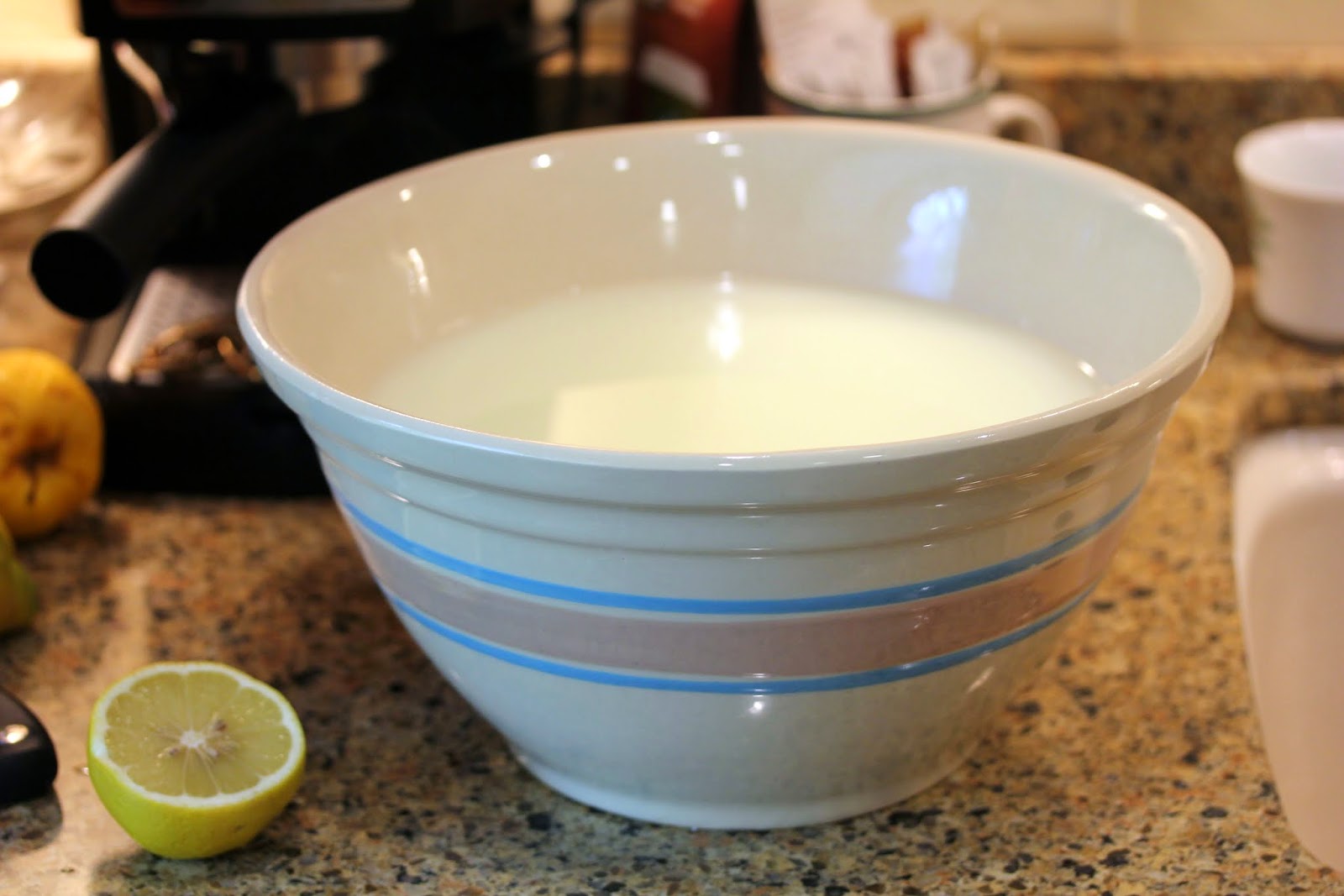 This HUGE bowl was filled with whey.
(This is the cookie making bowl given to me by my husband's sister as wedding present. She baked cookies for seven kids...she needed a big bowl for cookie making! The thing weighs a ton but hey, 38 years later I am still using the thing and it is still in great shape!) 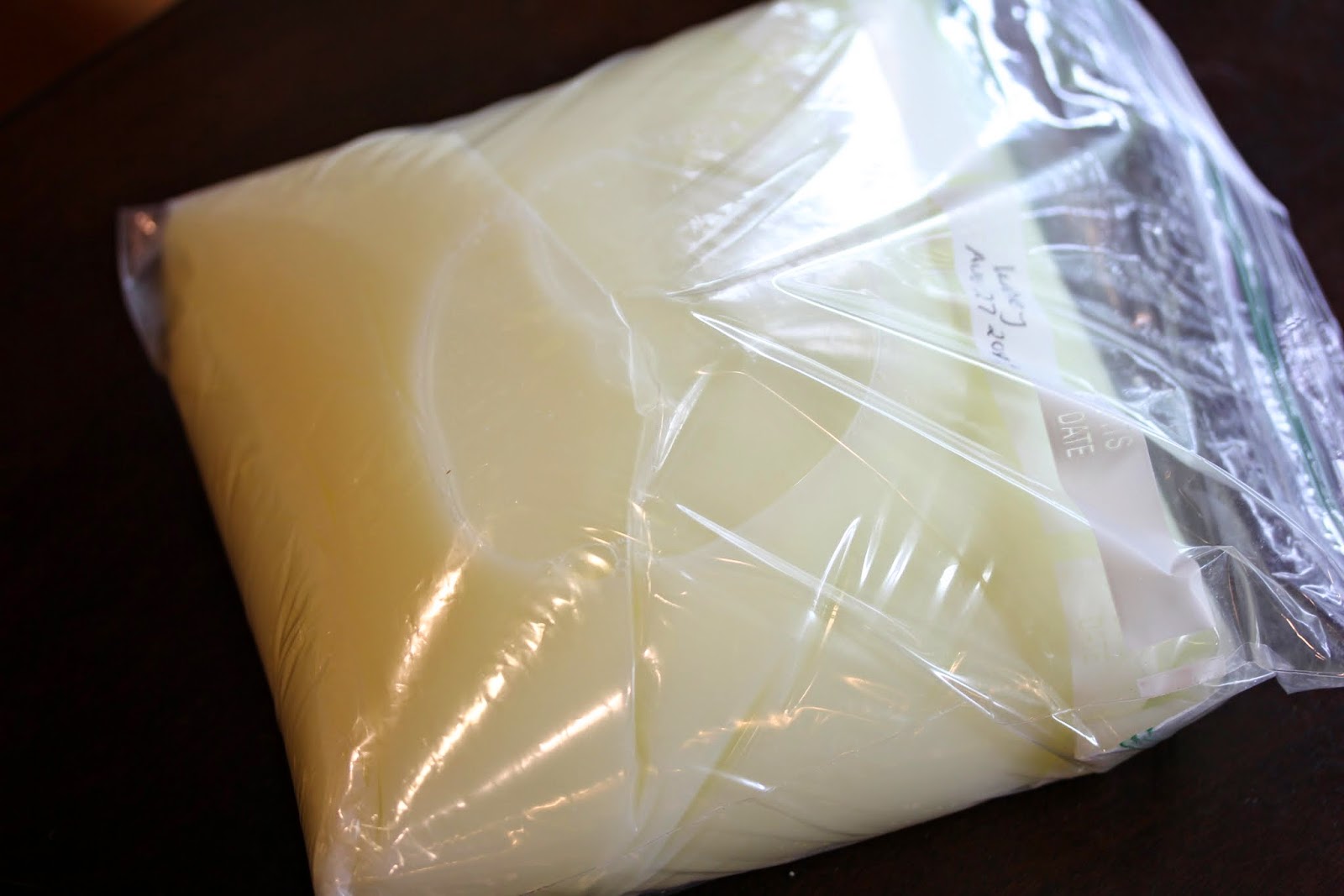 I freezer bagged the whey, then double bagged it and froze it for use in soup making on another day.
~~~
The cheese is actually called paneer  in Indian cooking  or queso blanco in Latin American/Mexican cooking. It is also similar to mild feta.
The cheese is very mild, and can be sliced or crumbled.
It doesn't really melt when heated but rather retains its shape, may be browned slightly by frying and is slightly rubbery like fresh mozzarella cheese.
It squeaks when you chew it!
There are lots of Indian recipes that use paneer lightly fried in butter then simmered in a prepared spicy sauce.
Mexican cooking uses the cheese as a topping over spicy dishes like enchiladas, soups and salads.
Cheese is used with spicy foods as dairy helps negate spice heat.
(Good to know if you have a tender mouth like I do...have some paneer, sour cream or yogurt at the ready when digging into spicy foods!)
If one wants to, one can mix in spices or nuts or sweetening like honey before chilling and the cheese can be spread warm on crackers.
It is a bland enough cheese that it will work with just about any flavor.
Bernie and I used to see sauces with white cubes in Indian buffet line foods and we avoided eating them because we thought the white stuff was tofu.
We are not tofu fans.
We are, however, now fans of paneer.
Just about any chicken stew recipe can be used with  paneer replacing the meat.
This was my first attempt at cheese making.
It was SO easy!
My one tip:
Cheesecloth is actually not so great for cheesemaking.
(Why do they call it cheese cloth anyway?)
The curds kind of stuck to the strands in clumps that were hard to remove.
A plain clean cloth like butter cloth or a fine cotton fabric would be a better thing to use.
My other tip:
I did not add salt; I have never seen a recipe where salt was called for but I have read that non-iodized salt may be added to cheese curds, and it is best if the salt is "cheese making" salt which apparently is finer than  table salt.
I don't know where one can find cheese making salt so I have no insight into exactly how fine the salt needs to be.
Anyone out there ever made home made cheese before?
Do tell me your story!

Posted by Thoughts on Life and Millinery. at 3:11 PM 4 comments: 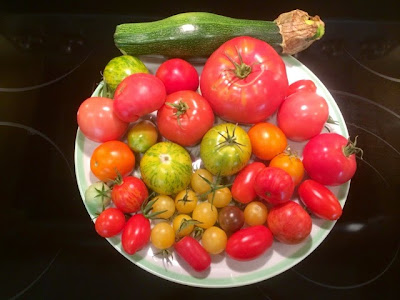 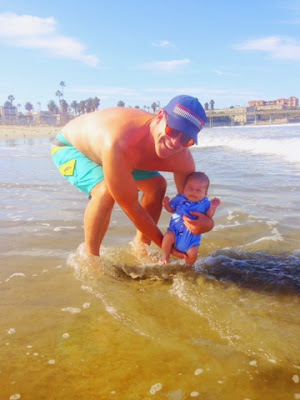 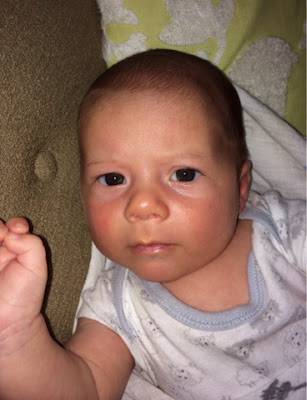 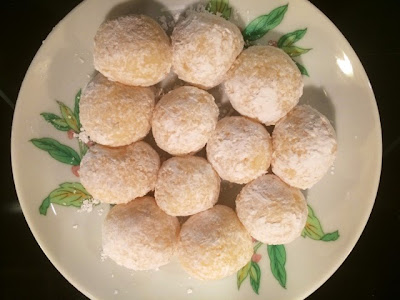 Nice, fast, easy peasy gluten free treat to bring to a gathering where one is not sure of what dietary issues may need to be addressed. Lactose intolerant folk need to be warned I guess...can't win now days on serving anything except  purified water I think!
Posted by Thoughts on Life and Millinery. at 7:30 PM 5 comments: