Today...a few snow flakes were falling outside.
I don't think winter is going to win over autumn yet however.
At least I hope not.
Better get more of the autumn photos up while the autumn season still is holding on! 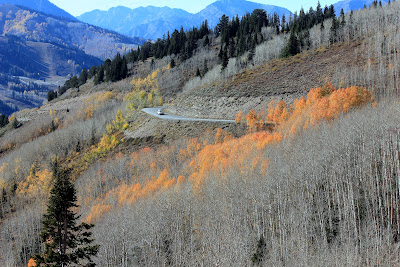 When we got back from Alaska we drove up to Guardsman's Pass where we always see spectacular aspen color.
This year...we missed out.
Just two areas were still in color.
I thought it was interesting that one stand was rather orange while the other was golden yellow. 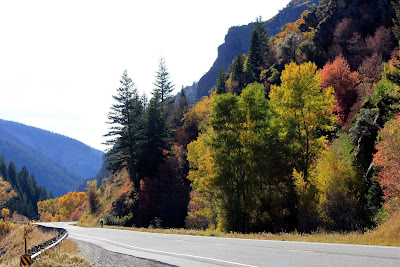 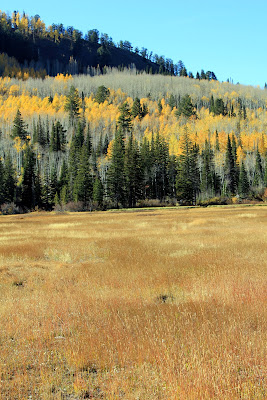 The aspen around Silver Lake near Brighton were still showing color. 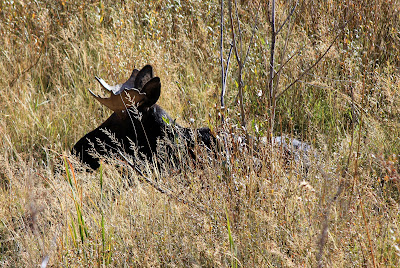 A crowd of people standing on the edge of the road overlooking a meadow was our clue that the moose were around.
Sure enough...there was Papa Moose hunkered down in the field. 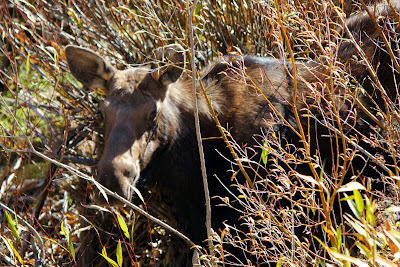 Mama Moose and her twins were about 50 yards away.
She looked like she had a pretty dramatic scar on her forehead. 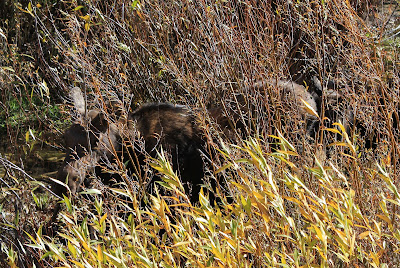 The babies never moved to a place where a clear shot was possible but I could definitely see them. 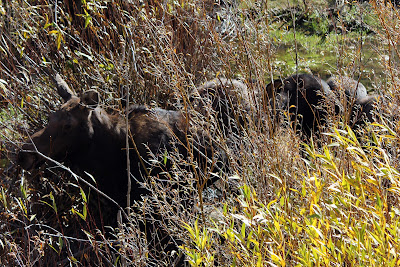 They were right behind their mom. 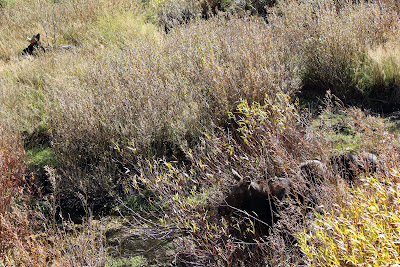 In the upper left corner of this shot you can see Papa Moose and in the lower right corner Mama and the twins.
Awww...so sweet.
(The Alaskan twin baby moose that we saw in Homer seemed much older to me!) 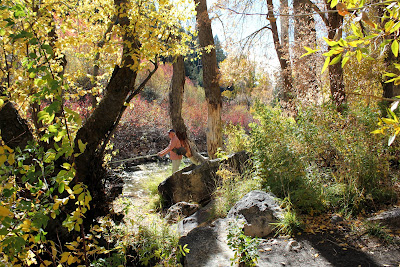 We didn't just take a drive of course.
Not when there are fish to try to catch too.
(None were caught this day though.) 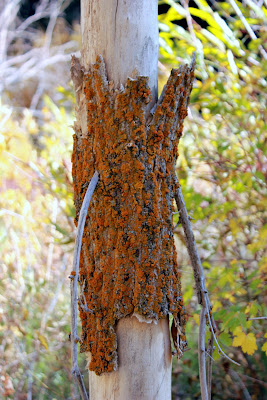 As usual, as Bernie fished I explored the local beauty. 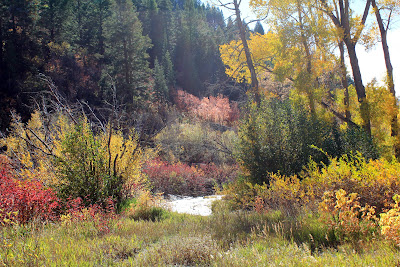 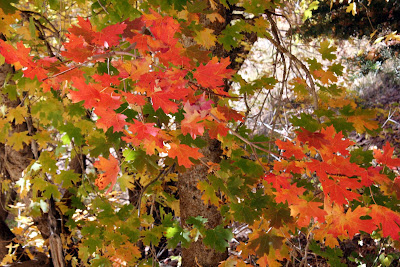 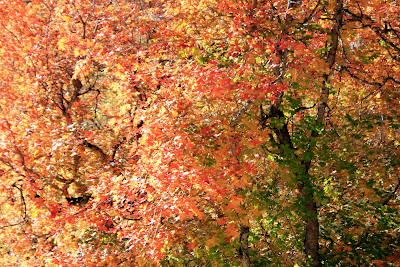 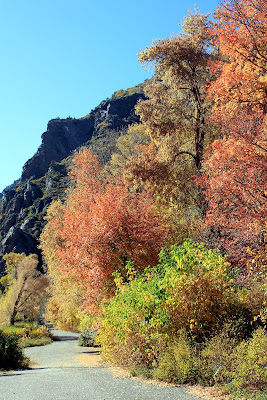 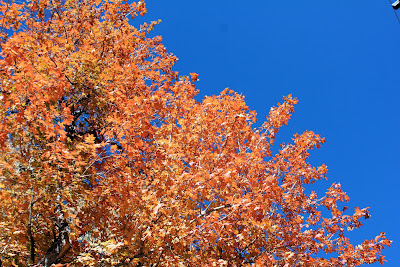 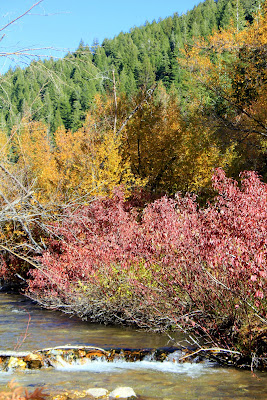 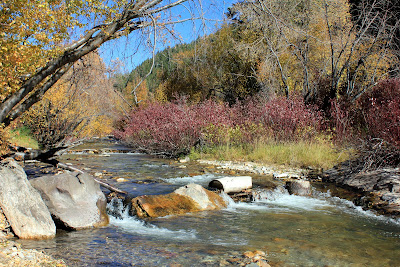 Now doesn't that look like a place that there ought to be fish?
Now I think everyone agrees that autumn is the best time for taking outdoor pictures.
I suggested that there needed to be some family pictures taken too. 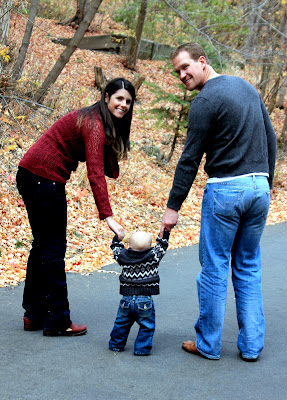 So late last Sunday....pictures were taken before too much time had run away.
(Luke is just six months, and can't yet stand on his own or walk. But he does enjoy standing with a little help wherever help is offered.) 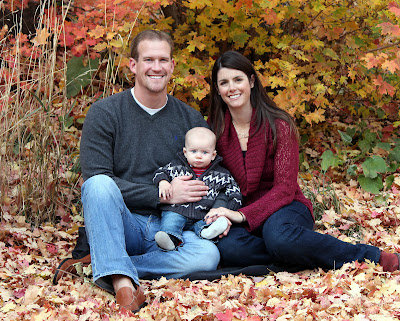 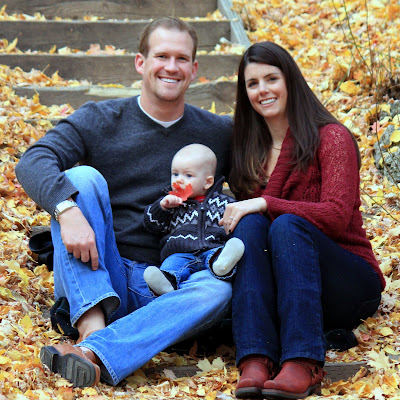 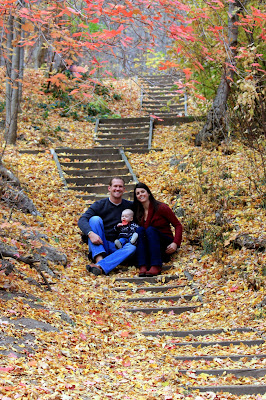 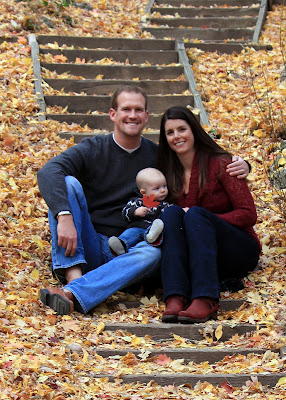 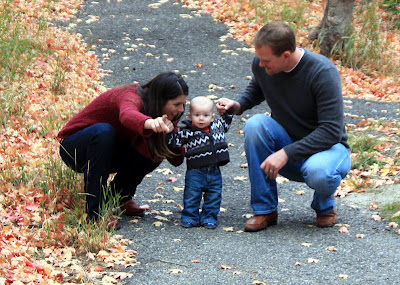 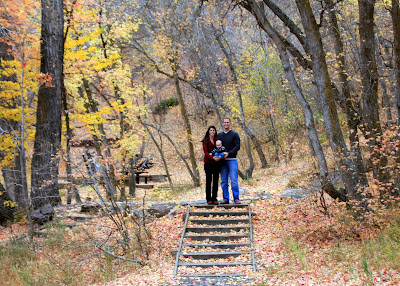 The fall color was just past peak but I still love how this shot came out. 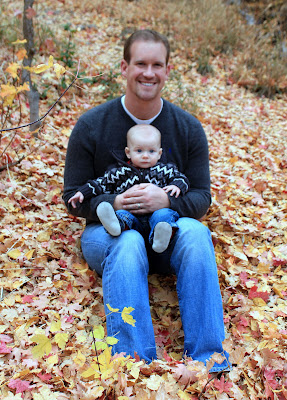 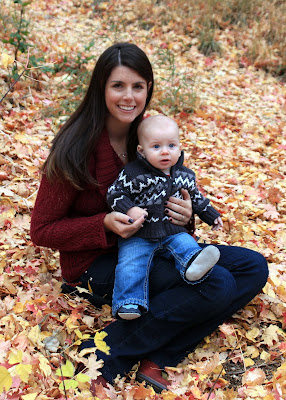 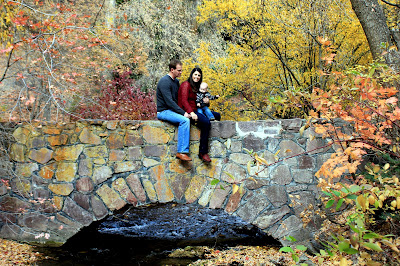 And I suspect that once the snow really begins in earnest I may ask if we can take another pictures here in the snow.
Posted by Thoughts on Life and Millinery. at 12:51 PM 10 comments: