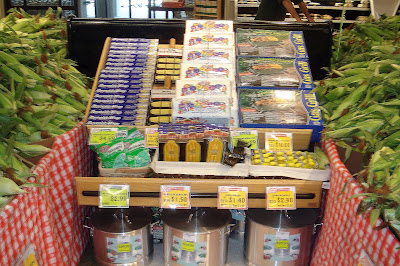 The supermarket two blocks down the way has the cutest displays!
Utah "Salt and Pepper" corn was stacked high, and on sale: 10 ears for 98 cents!
The store knew this was going to be a door buster sale and were well prepared for additional business.
Look closely: They also displayed everything else you would need for a big corn on the cob feast.
Napkins, big pots for boiling corn, butter, salt and pepper, corn "stickers", aluminum foil so if you wanted to throw the corn on the grill, grills...
What else could you possibly need??? 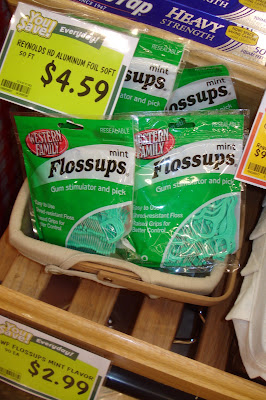 Well, dental floss of course! They really DID think of everything! 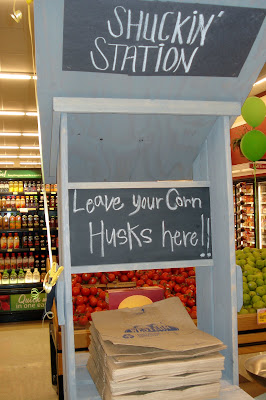 They even set up a Shuckin' Station! 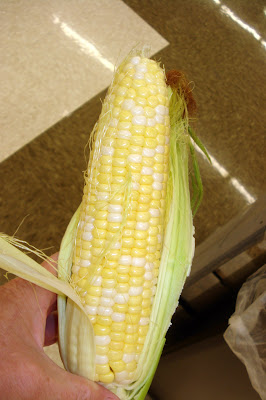 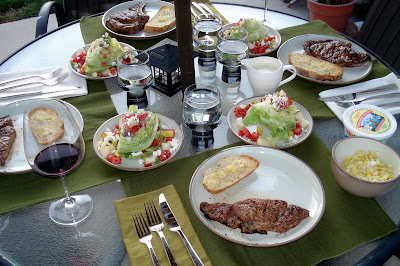 Jeff and Rachel invited us to dinner. We brought the corn and the bread...they grew the tomatoes for the salad. 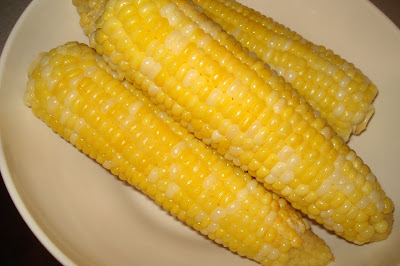 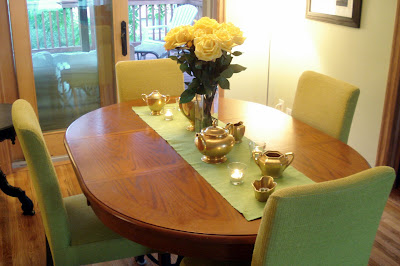 More yellow: I enjoyed the yellow roses on my dining table, and am experimenting with candles and my Wheeling gold china tea service collection from the 1920's. The china was decorated with 24 K gold. I wonder how much they would be worth if they were sold for their gold instead old tea pots? 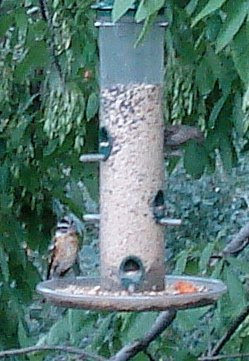 Outside we are having the yellow breasted black headed grosbeaks visiting our bird feeders.
The yellow sunshine of summer is glowing everywhere!
Posted by Thoughts on Life and Millinery. at 10:40 PM 8 comments:

What proud mama wouldn't want to brag when her son and daughter-in-law are featured in one of the biggest bridal magazines west of the Mississippi?

Jeff and Rachel's engagement story and pictures were featured on Utah Bride and Groom's blog buzz on Monday.
Hope you can see the pictures, otherwise head over to the link above!

(And now you can understand why I rarely showed pictures of my kids when they were little. People would look, and then get sad when they realized that I had the most beautiful children ever....and their kids were, well, just kinda cute. Don't hit me! I'm kidding!)

Aug 10, 2009
09:41 AMBridal Buzz
Engagement Photos: Rachel & Jeffrey
By Tessa Woolf
Aug 10, 2009 - 09:41 AM
I love Rachel and Jeffrey's engagement photos shot out and about in downtown Salt Lake City by Pam and Ritchie of Ritrato Photography. (The shot at Blue Iguana is one of my faves—and it's a great restaurant, too!) Enjoy the photos and the couple's sweet proposal story.
The Couple: Jeffrey Spriggs & Rachel Burton
The Proposal: "Earlier in the week Jeff suggested that we get Mexican food at our favorite fish taco joint on Friday night," says Rachel. "We'd gone there on our first dinner date, so I started to suspect that he was going to propose."
"When I called him after work I was planning to hit the gym, but he suggested we go watch the sunset and drink champagne above the Capitol for our 'Monthiversary.' We'd been to the overlook before on one of our first dates and it has the best view of the lake, valley and sunset. I scrapped the gym and hustled home from work to get dressed for our date."
"Once Jeff picked me up, we headed up to an overlook to watch the sunset. After we cheers'd to seven months together he told me he had a present for me and to close my eyes. When I opened them he was on one knee (in the mud) with a gorgeous engagement ring and he asked 'Rachel, will you do me the honor of spending the rest of your life with me?' I said 'Of course! I can't wait to be your wife!' Then we headed down to Lone Star Taqueria for a dinner of the best fish tacos in the valley!"
The Wedding: was held May 2, 2009. The couple were married at St. Andrew Presbyterian Church in Sonoma, California, followed by a reception at The Fairmont Sonoma Mission Inn & Spa. "I am from Santa Rosa, California (wine country), and I wanted my Utah friends to see where I grew up!" says Rachel. A Utah reception at the groom's parents' home in Olympus Cove in Salt Lake City was also held on June 13, 2009.
Posted by Thoughts on Life and Millinery. at 12:08 PM 4 comments:

Cancer
Get a Caring Candle

Last February, around Valentine's Day we learned that my brother-in-law Mark had cancer. He under went surgery, and a large mass was removed from his abdomen, along with the several organs that the cancer had invaded.

The doctor admitted that some cancer was still left behind, in places that could not be breached by the knife. As soon as Mark was considered well enough to endure the next challenge, he began a very heavy chemotherapy regime.

Last Wednesday he had a MRI to determine if the chemo was having a good effect. On Mark's 51st birthday he was in the hospital and was soon to learn that the cancer had returned. A mass had formed again, just as large as before, and it is not in any way operable.

They discharged him to return to his wife of five years and his two young adult aged step-children, with the advice to get his affairs in order; he may only have two or three months to live.

Mark is a believer. He came to faith in the saving grace of the sacrifice of Jesus Christ around eight years ago. He then married a Christian woman and became active in a vibrant church, where he played worship music...he who before had rocked on the drums in clubs and videos. I've heard he has written faith music, and that he plays mostly bass guitar at church. We never got to see him in action in that capacity, but judging from the notes left by church members on his Caring Bridge link, he apparently has been much admired and his music much enjoyed.

The number of friends from his band days, and work places (he himself had worked as a radiology therapist...he worked with so many who had battle with cancer...) have left caring messages for Mark that have been quite comforting to all of us. As typical with siblings with different life paths and interests, there had been little overlap between our lives. It has been good to know his life has been full of friend and lot of fun.

Most of all, it is good to know that while parting is hard for all of us to consider at this time, (he is too young!) the parting will hold his healing. He will be fine, forever, and his only longing will be to find us all with him in heaven one day.

For now, we pray for a miracle, of course. Barring that gift, we pray for ease of pain, sorrow, and all the feelings that go with departing. We pray for that for all of us. For all of us here on earth who know that death is never timely, and dread the inevitable physical outcome for each of us.

The body is weak, and fails...the soul takes flight...and is an eternal creation. Like during the birth of a child, we as a family are labouring in our spirit for the end of Mark's season of life here on earth, and for the release of life, like a birth, into heaven.

Please pray for Mark's mom and dad, his brother and sister, nieces and nephews, wife and step children. Pray that through the dark days ahead they will still have a vision of light, a light of knowing that there IS a good eternal future ahead for Mark.

Posted by Thoughts on Life and Millinery. at 9:45 PM 13 comments: 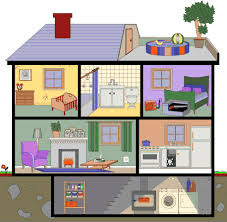