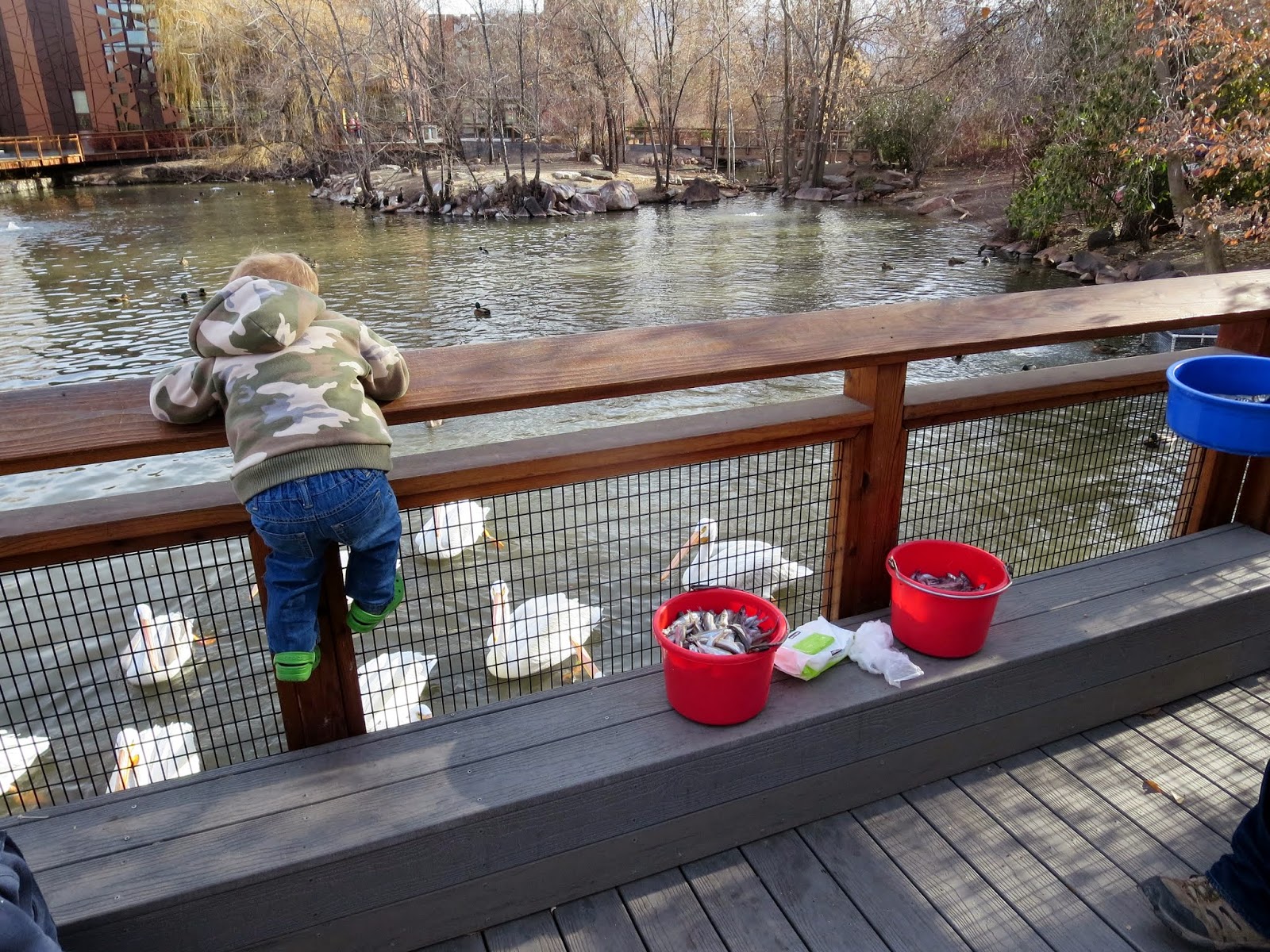 It was one of the days before Christmas, before the snow and the temperatures fell, when I was able to snag Luke and head out to the Tracey Aviary.
When I told him we were going to go feed the pelicans, he quickly upped the plans to include feeding the tigers too.
????
(He frequents our local zoo and likes seeing the tigers there but I am *pretty sure* he isn't getting to actually feed them.)
I didn't bother to correct his assumption, assuming that once he got to feeding the pelicans, the tiger feeding idea would be long forgotten. 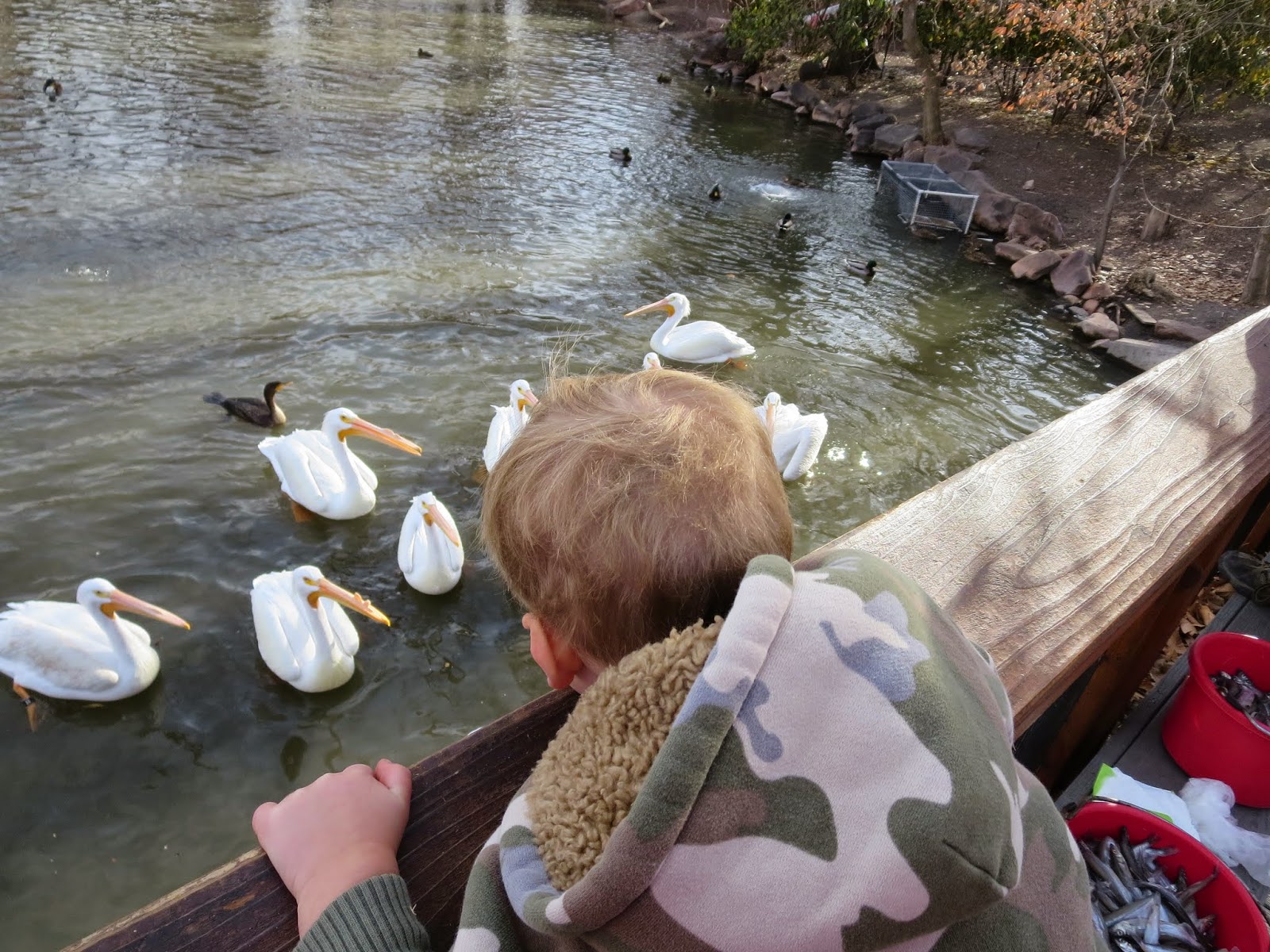 The pelicans are fed daily and for three bucks (two with membership to the aviary) one may have an entire bucket of slimy fish to indulge one's desire to feed the birds oneself. 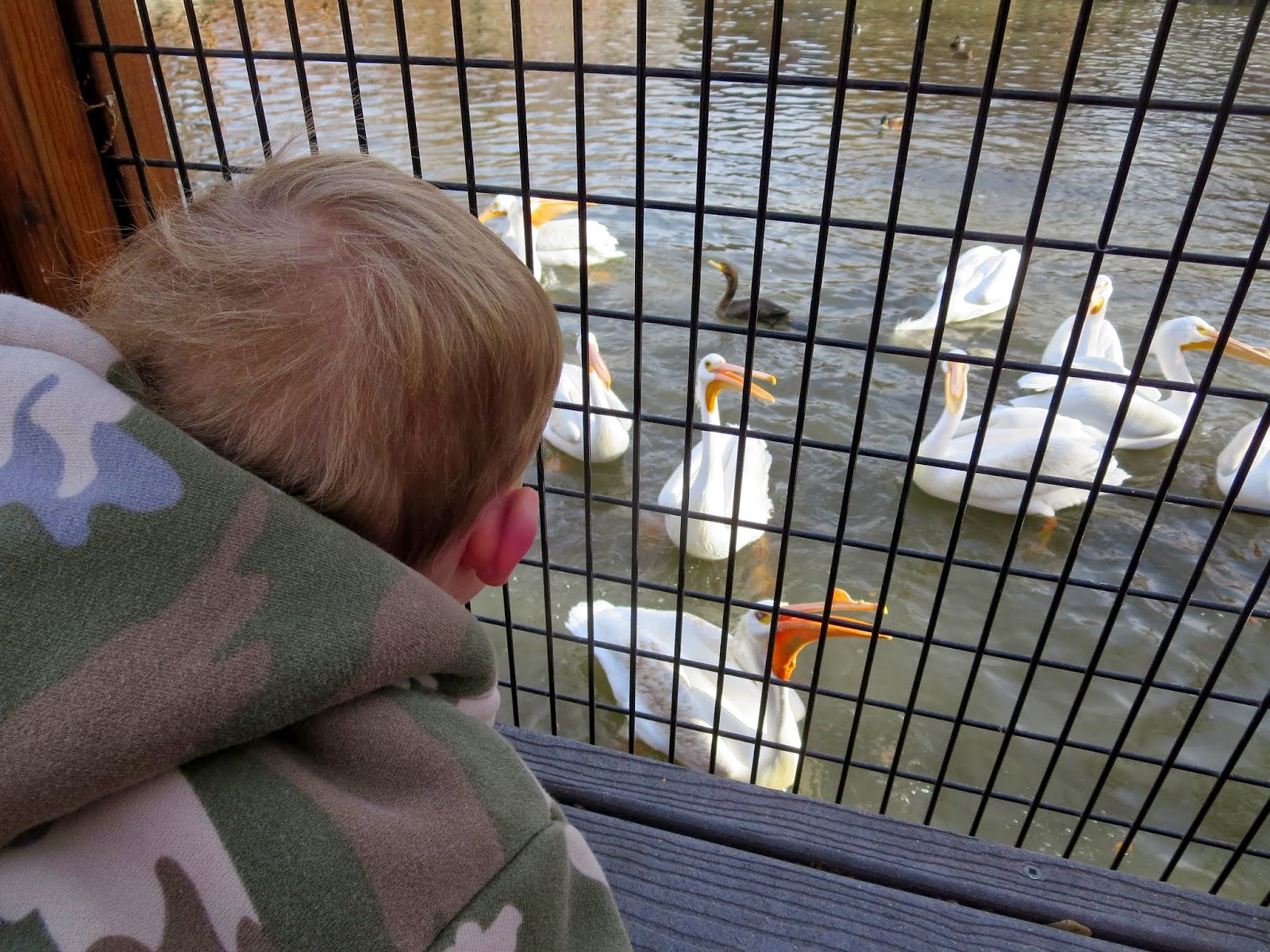 The pelicans are not "fly by" visiting birds.
They are wild life rescue birds, birds that have been hit by water craft or maimed in other ways that makes their ability to fly to feed very limited.
They happily now live year around in the aviary where their special needs can be met. 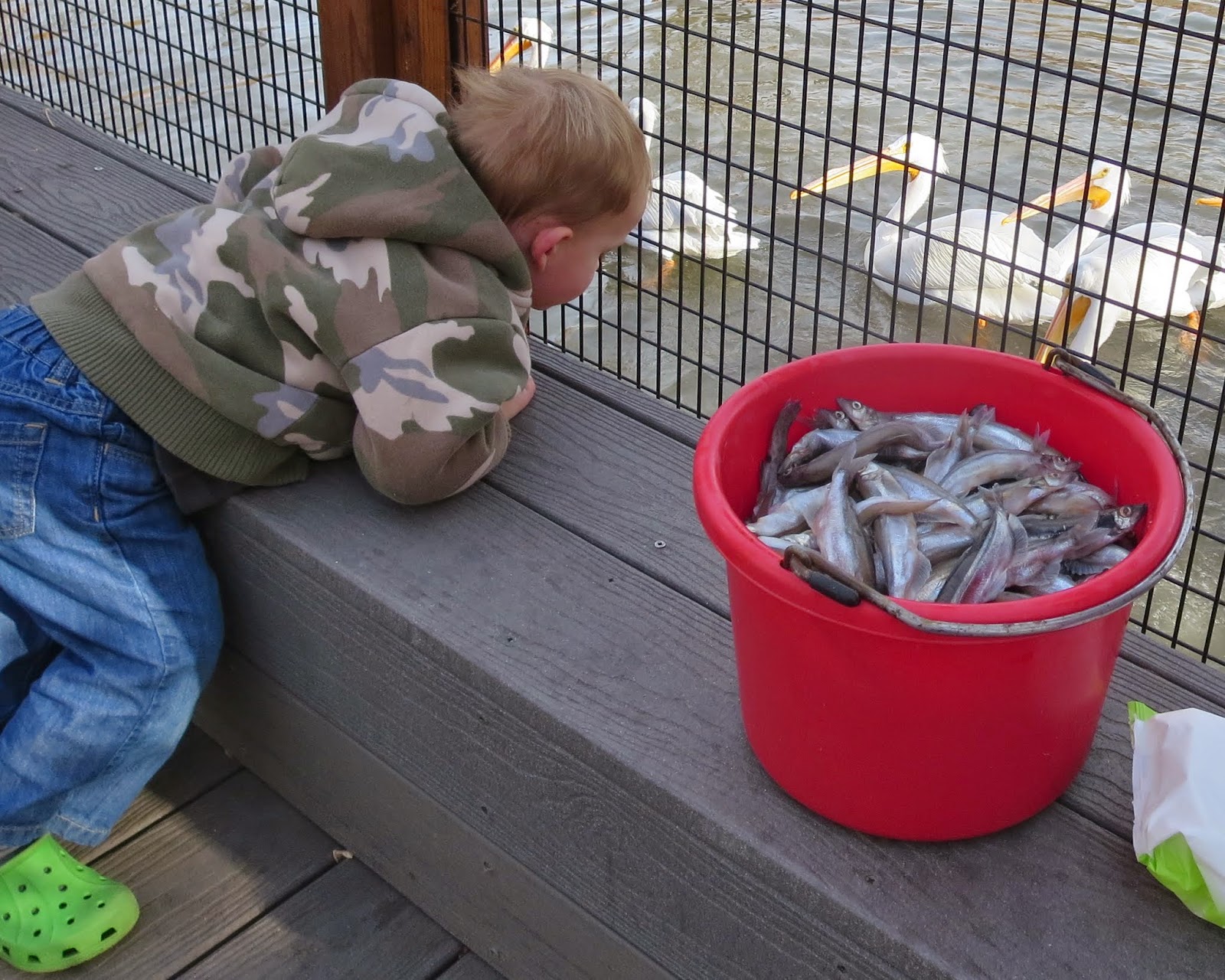 As soon as the keeper arrived with a huge red bucket the pelicans swam determinedly toward the bridge where they are regularly fed.
The keeper first fed the birds some vitamin packed fish to address their special needs. 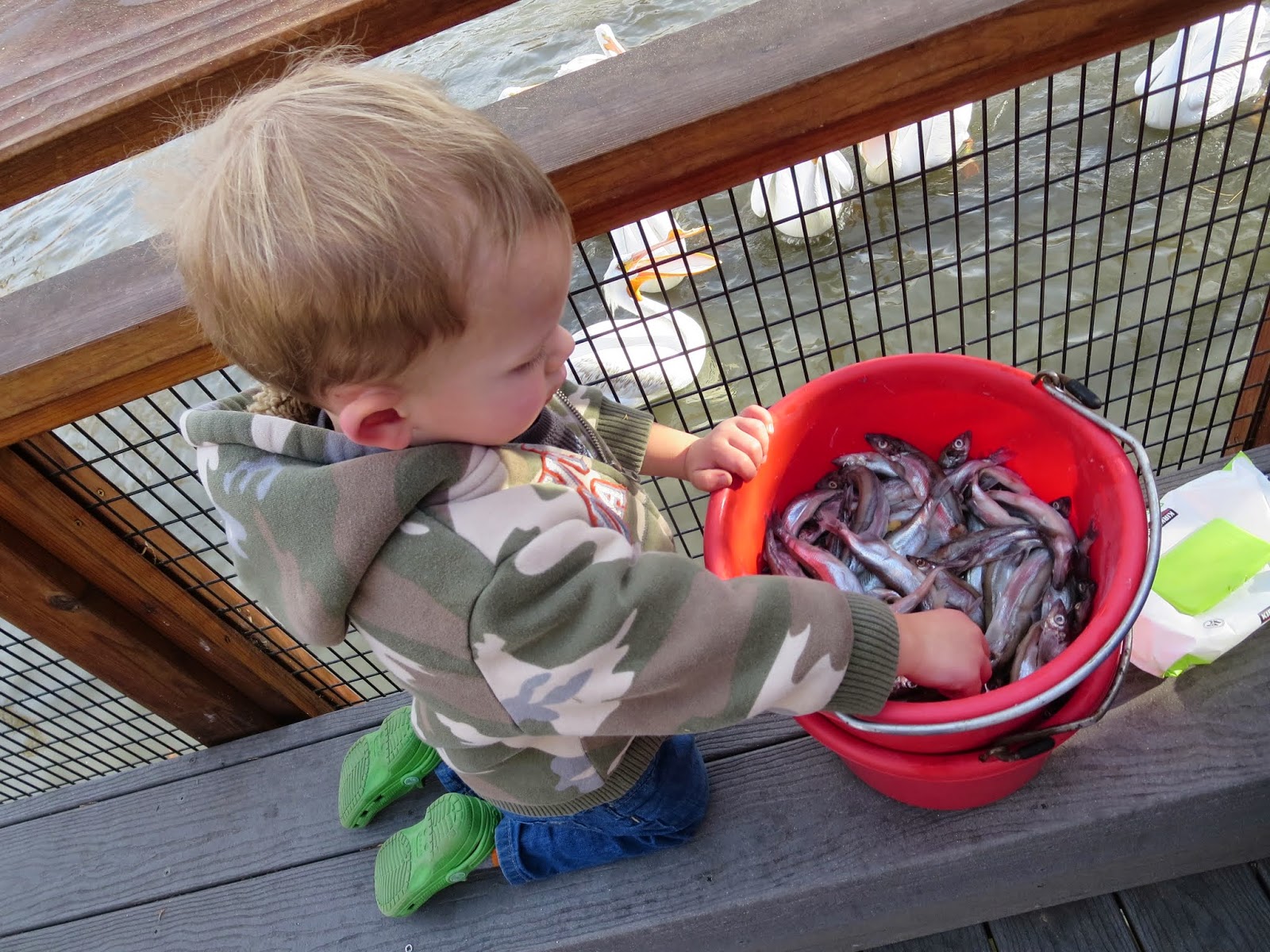 Then it was time for us to dip into the bucket and start winging dead fish out to the birds.
Luke didn't even bat an eye about touching the icky fish.
Good man! 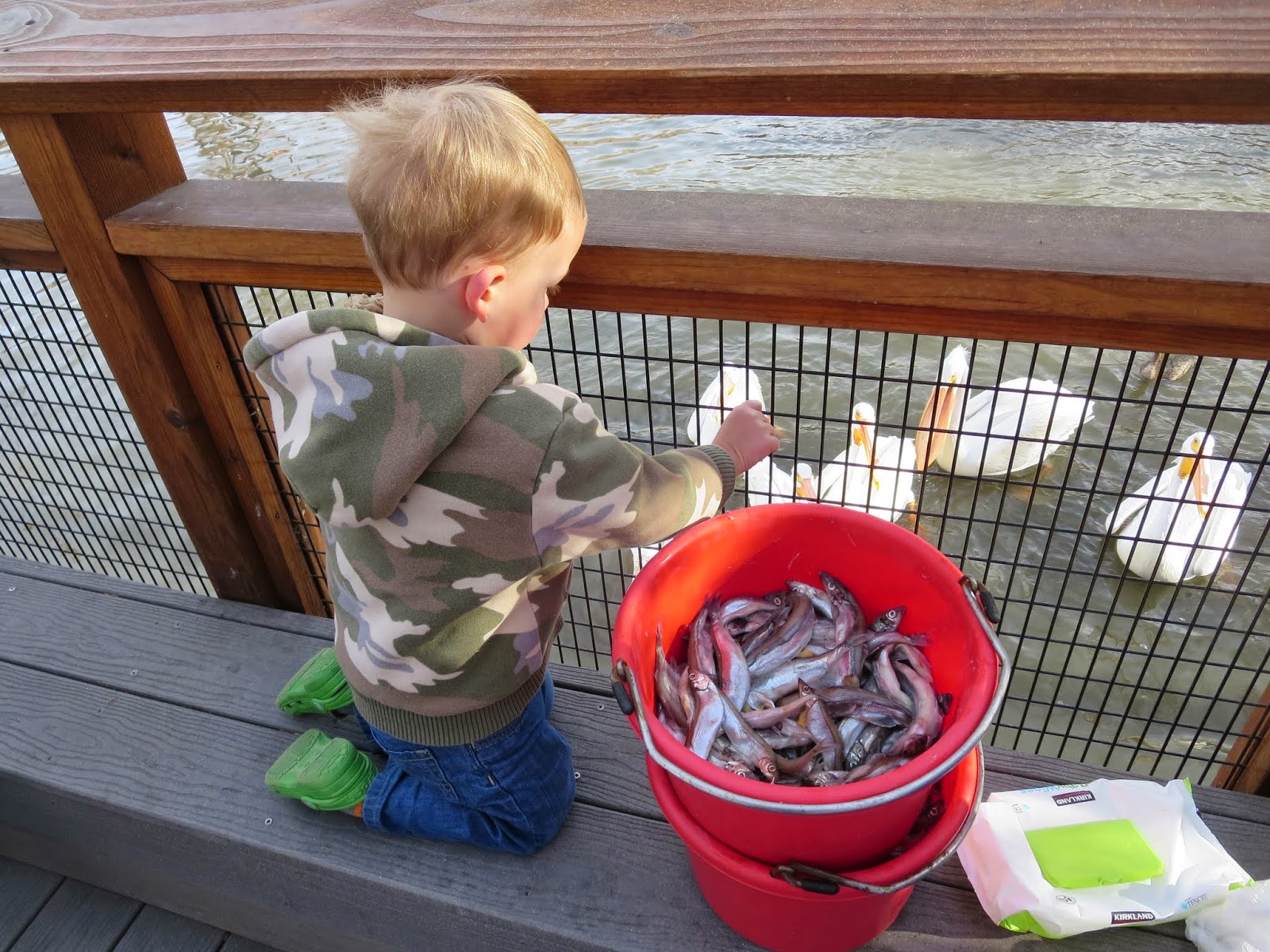 His throwing arm is not quite up to pitching fish so he settled on poking the fish through the fencing. 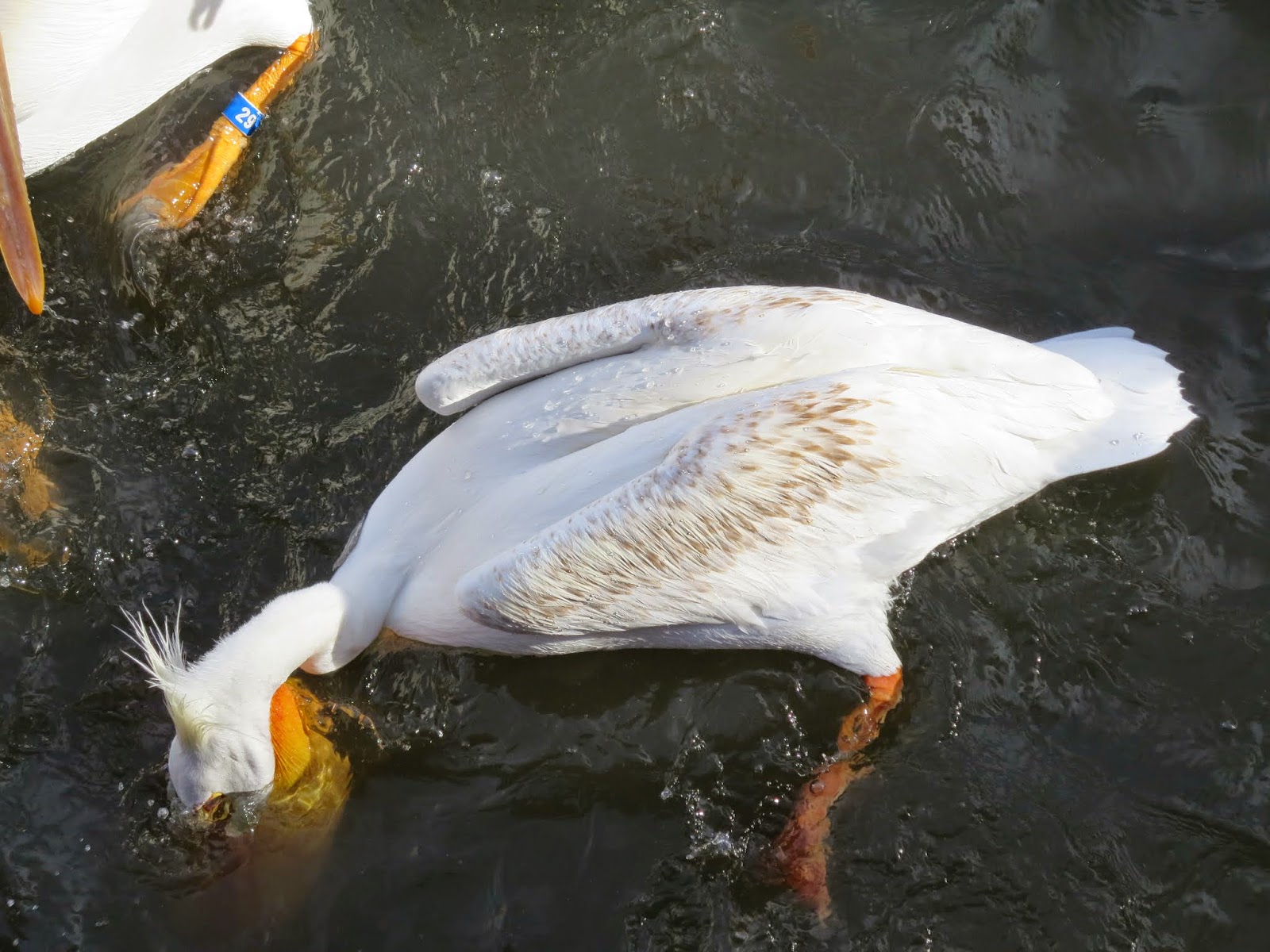 I enjoyed throwing the fish mostly because I liked seeing the pelicans balloon out their throats to net the thrown fish.
No worries if they missed a few.
There were other birds that would come along later to feed on the fish that sank. 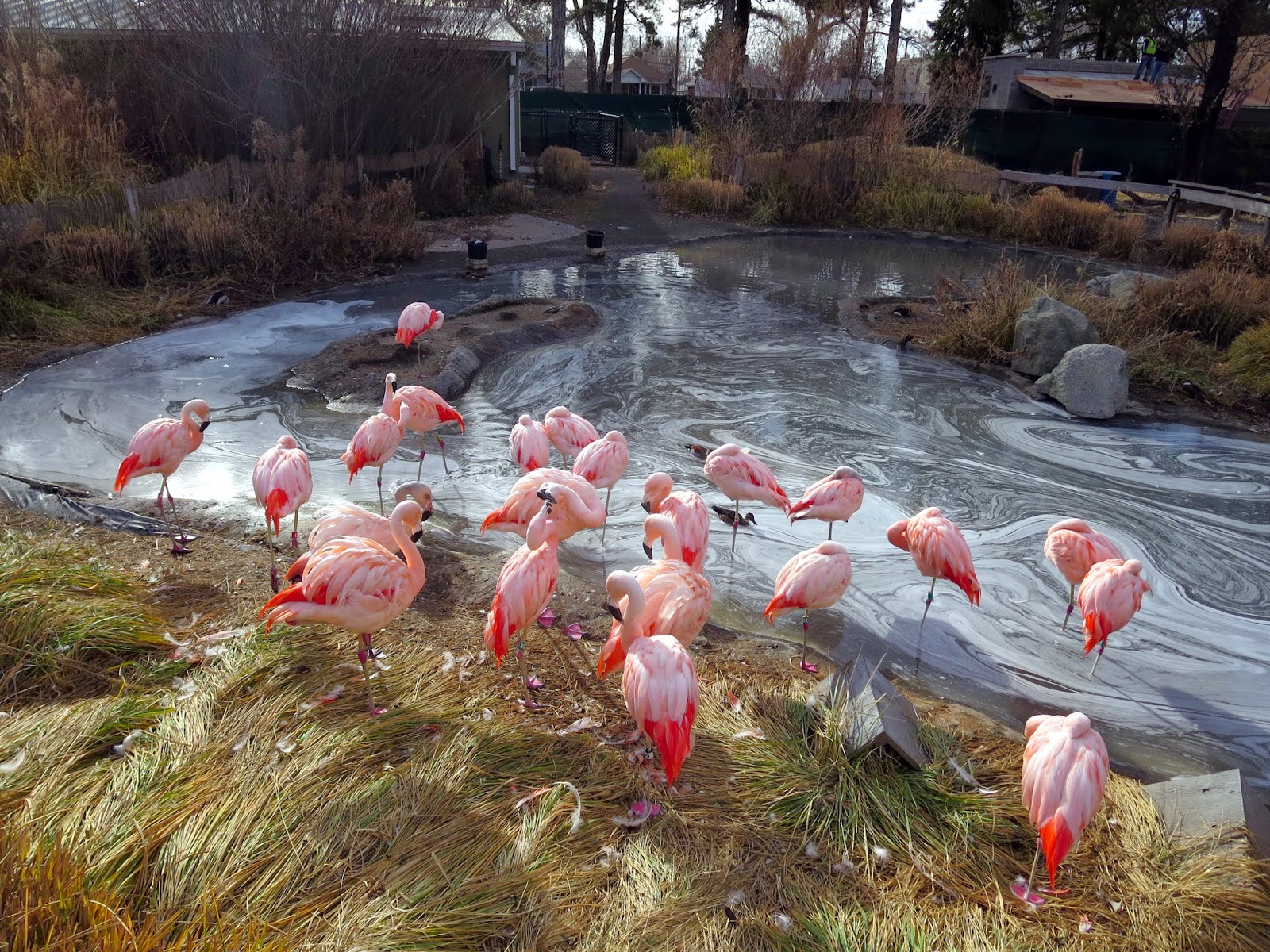 After the fish bucket was emptied and the pelicans swam away, we cleaned up with hand wipes then took a short spin through the aviary grounds.
So  many birds to see.
I really wanted some of the pink flamingo feathers that were blowing around the flamingo enclosure.
So close and yet so far...
Maybe I will ask a keeper if I could have a few next time I go. 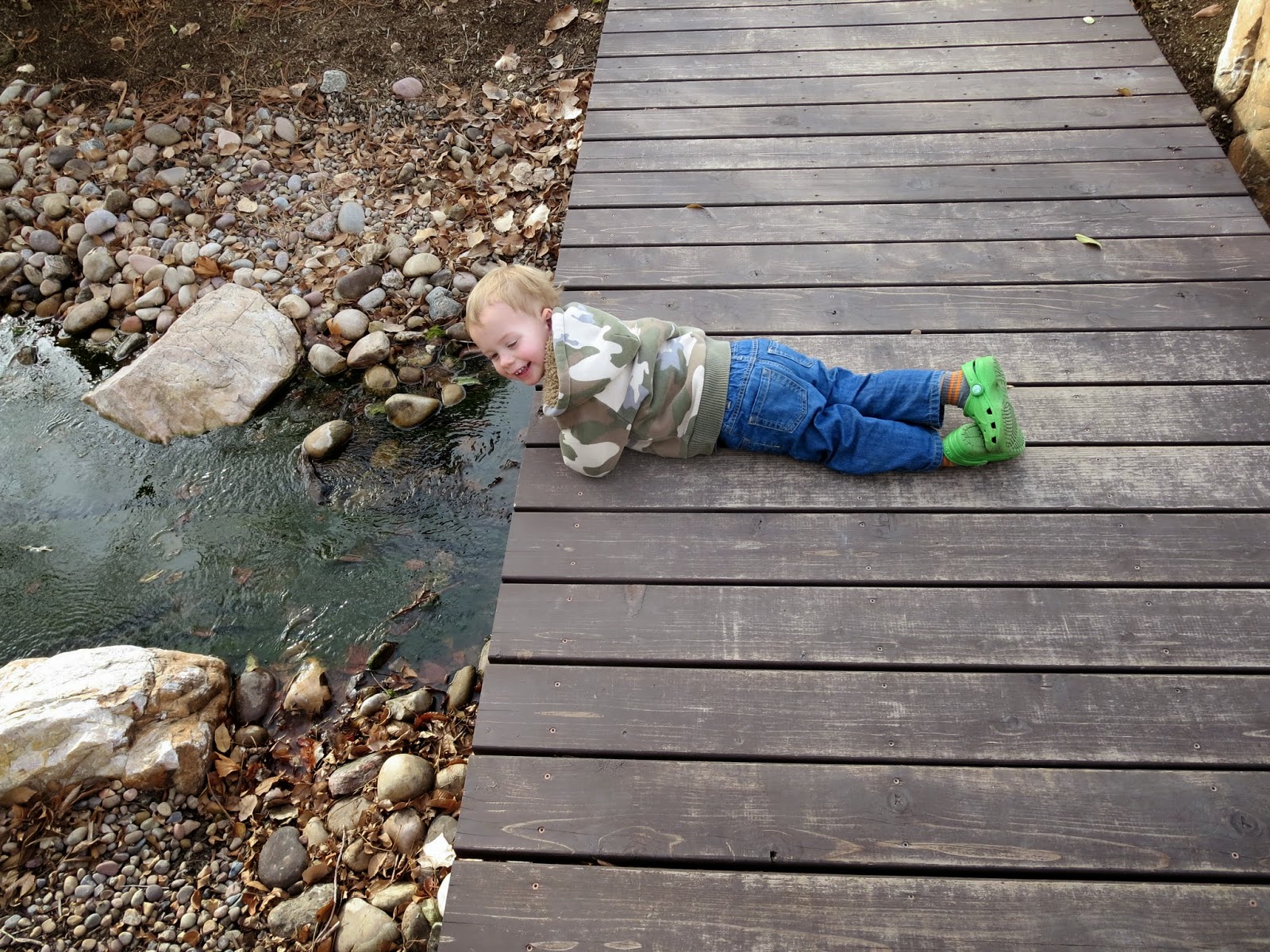 The thing with going to go see a something with a two years old:
You may be thinking it will be all about seeing one thing while the two year old finds something else far more fascinating.
A rare brilliantly feathered bird from an exotic location turns out to not be nearly as enthralling as the ordinary water flowing beneath a small bridge.
It is moments like that that this grandmother learns once again about the value of going with the flow.
Happy Grandson, Happy Grandma.
His smile is all that I really wanted to see there anyway.
Posted by Thoughts on Life and Millinery. at 9:15 AM 7 comments: