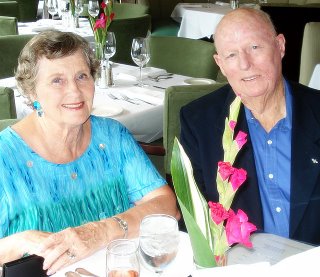 I flew to San Diego Wednesday August 23rd and the next day Bernie flew in from Houston and we set about celebrating my parent's 60th Anniversary!

We went for dinner at Clay's in La Jolla, up the street from my parent's home, and followed it up by attending a play at the La Jolla Playhouse, called "All Wear Bowlers". Avantgard, funny, weird, memorable for being so!

June Stein and Carl Dustin were both born and raised in San Diego, and met on the beach that is four blocks from their home. Carl went to WWII, and they wrote letters until he returned and they got married. Aren't I blessed to have such faithful and beautiful parents? 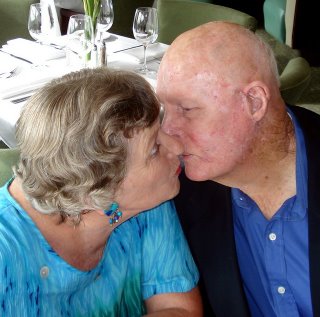 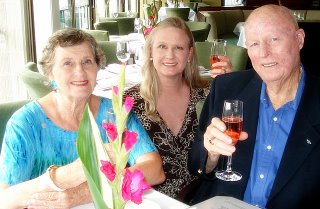 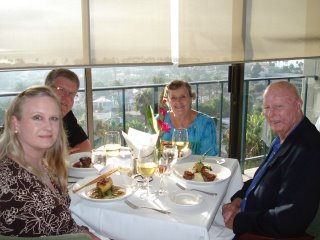 (The beach where they met begins right where the curtains end...if they were raised you'd see the blue pacific ocean!)

Posted by Thoughts on Life and Millinery. at 11:56 AM