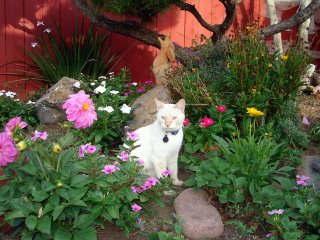 My Mom got a cat for Mother's Day last year, and we named him Rufus, which means red.

He is a flame point siamese, and my Dad is loony over this cat. Rufus feels the same way about Dad.

At first Rufus was not really good a posing. It took three tries to get this shot. He kept looking up and down and all around each time I clicked the camera.

But didn't it that shot turn out great? It was taken in the corner of my folk's garden. 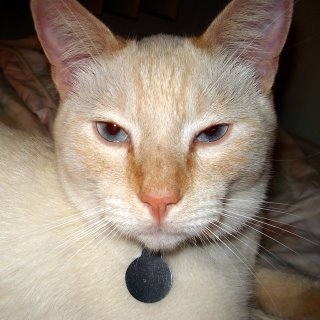 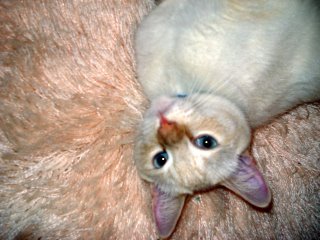 Rufus soon learned to pose, but I think he and Hart both are a little confused by the concept as it applies to boys.

Very cheesecake. Pretty, but I think a bit strange.

Rufus has however demonstrated that he understands the concept of color and texture as used as background to underscore your best features.

And if his big sister (me) would have used the video feature of the camera, right now you would not only be seeing him, you'd be hearing his non-stop purr as well. 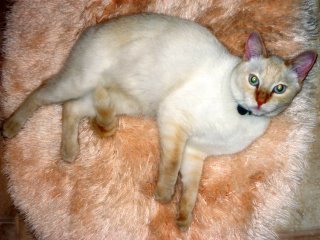 Posted by Thoughts on Life and Millinery. at 1:01 PM