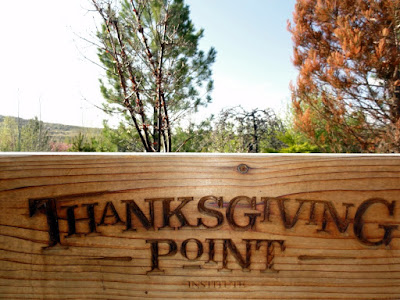 Thanksgiving Point: A privately funded garden planted with guess how many tulips?

Apparently there is a run on the number 250,000; yes while Red Butte was digging in that many daffodils, Thanksgiving Point was planting the same number of tulips.

What do I know about Thanksgiving Point?

Not much before we went there on Saturday late in the afternoon.

It was the same place that we went to at Christmas time to drive through a light sculpture event.

We hadn't ever seen the place in the daylight hours.

When I saw ads in the newspaper hawking the tulip celebration there I made space on my calendar for a trip. After we wrapped up our yard sale, B. and Jeff did a little chipping on the golf course while I got my weekly facial.

We re-grouped at 3:30 and pointing the car south, we traveled 23 miles down the road to see what we could see. 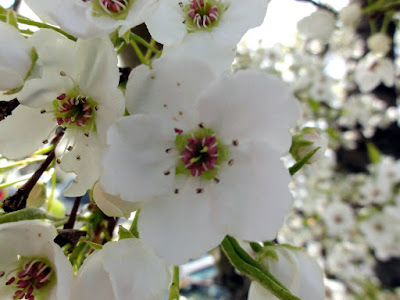 Lines of cars were coming up the Thanksgiving Point exit; we hoped that the crowds would be thinned out by the time we arrived.
It took a few moments to find parking, and then we hoofed it toward the ticket office, pausing only to shoot a close up of one of the many blooming trees shading the parking lot. 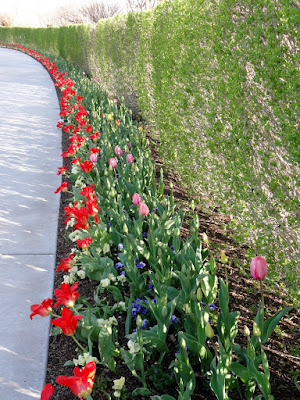 It didn't take much to figure out the way to the garden's entry point; the tulips led the way! 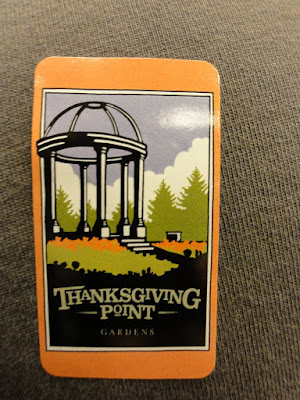 We each paid ten dollars for one of these stickers.
Worth every penny as having one on our shirt allowed us to visit the garden. 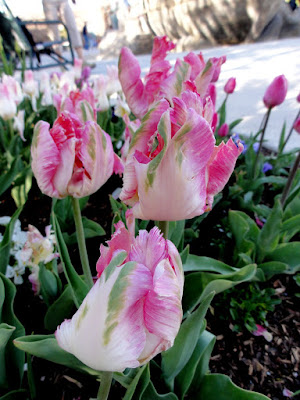 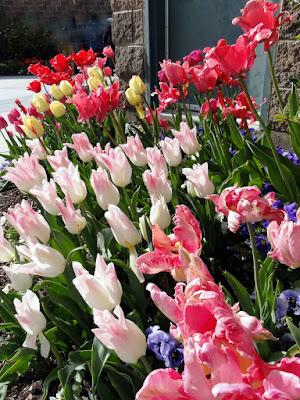 We followed child size footprints in the concrete around the corner where these tulips were glowing in the sunshine. 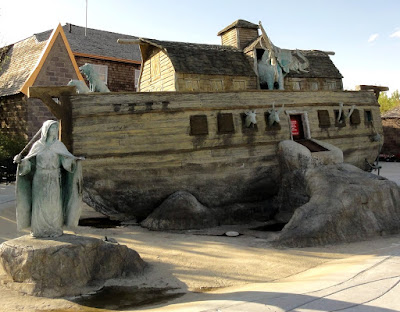 Not only were there tulips around the corner, there was also this amazing sculpture! 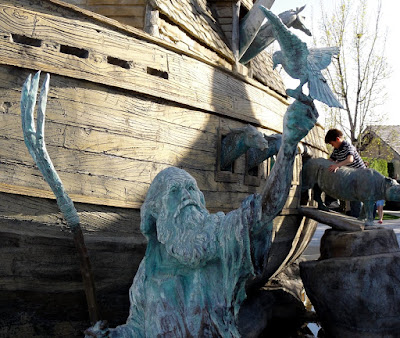 How cool is this? Noah with the dove with a bit of olive branch in it's beak.

Best yet, the sculpture shows the animals EXITING the Ark!

It took a moment to register in my brain that I don't think I have ever seen the Ark
shown with the animals exiting.

How odd is that; isn't that moment the high point of the whole story? 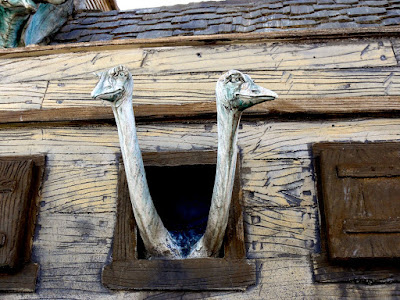 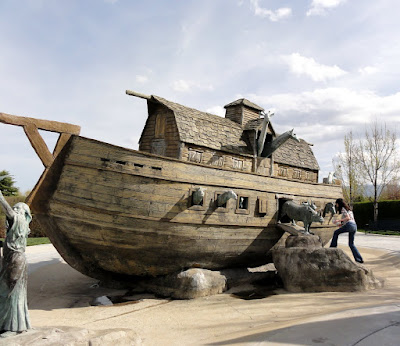 People were there to greet and photograph the animals as they left the ark.

(I wonder why that part wasn't mentioned in the Bible...) 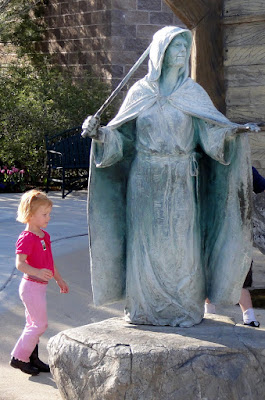 (You may want to consider this post to be a virtual family reunion of sorts!) 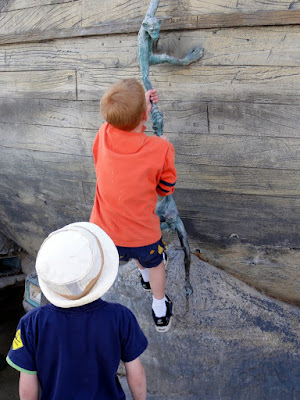 Even those who believe their distance fore bearer were apes had their reunion...

Or maybe this is just another example of the old saying "boys will be boys"...

Little boys, one after another, took the opportunity to climb up the exiting monkey arms. 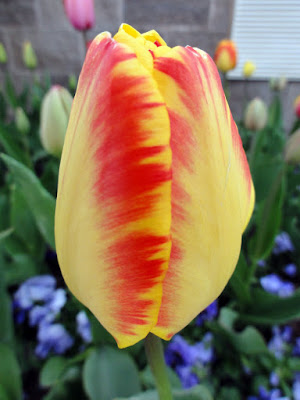 Well, I can honestly say that if all I saw was the Ark sculpture and the tulips leading up the garden and around the sculpture I would have considered our ticket money well spent.

But that was only the beginning of what wonders would be revealed as we continued on our garden visit.

Come back tomorrow to see more of the tulip show! I've got a lot of great pictures to show!

Posted by Thoughts on Life and Millinery. at 6:11 PM

SLC just never dissapoints. I am amazed at how you can tie things up so quickly .. get your facial while the menfolk golf and still have your fun in the afternoon. Another successful Sunday afternoon for you.
That ark is fascinating. .I wish we could build one of those in our yard instead of the typical gym set.

Wow...I've missed a lot this past week! I'm oohing and aahing at all the blooms and the beauty in your area...even your blog redo looks nice!

Lucky you...our HOA prohibits us from having a garage sale...and I would much rather sell some of this stuff than just donate it.

Wow! That really is a great show. Love the different varieties of tulips. What a surprise to come upon the ARK! Love the heads coming out of the window!!
Those blossoms on that tree are amazing. Did you find out what kind of tree that was?...

You packed a lot of good things into your Saturday! Thanks for taking us along on your tour.

I agree with Lovella. Move that to my place...and I will not need to many toys for the grand kids. That would be making the story alive.
New project for hubby.

In my book, that 10.00 was certainly well spent. I never heard of "Thanksgiving Point" until today, but I will not forget it. Those tulips...that many tulips are just exquisitely beautiful! The animals coming out of the ark, was so interesting. I can't wait to see the rest of your pictures. Thank you so much for sharing these captured moments with us.

What a fantastic place - I was oohing and ahhing, as predicted!
Loved your garage sale post! I have to have one of those this summer, but it's a problem in a rural area, so I'm 'borrowing' a city friend's driveway for a weekend in May.

Oooohhhhh aahhhh .. beautiful! I was disappointed I have to wait until tomorrow .. I was sure I'd see a lot more tulips ! but they say anticipation fuels enjoyment... so I'll just come back...
The ark with animals coming out is a neat twist.

I found your towel on the bush a very interesting detail for disaster awaredness. Actually a good idea!