Outside this morning we were in for a bit of a surprise. 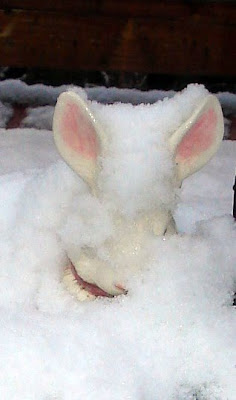 The bunny says "Not Funny!" 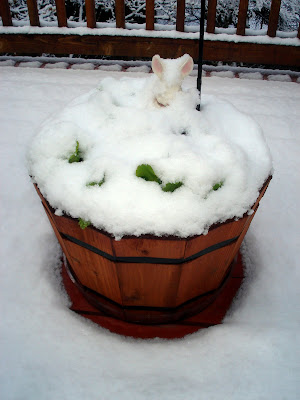 There he was, keeping an eye on the lettuce patch, gleeful over the fact that it was left uncovered over night for a change...no snow in the forecast. 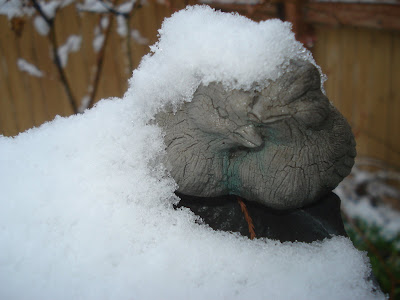 So the birds snuggled up. 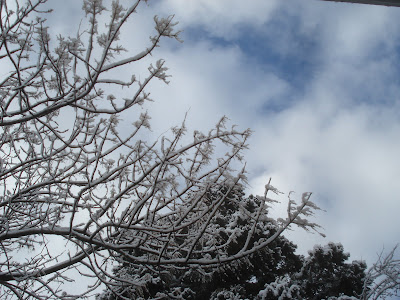 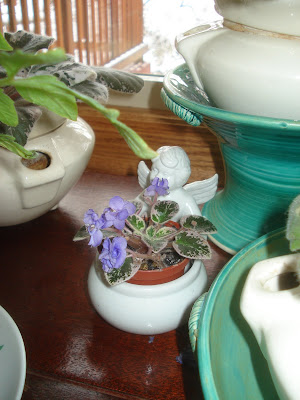 While the angel inside the garden window thought the speckled violet leaves had a snowy motif that went well with the weather outside. 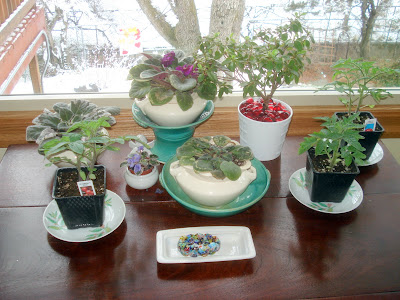 (Thank heaven the tomatoes had not yet been taken outside!) 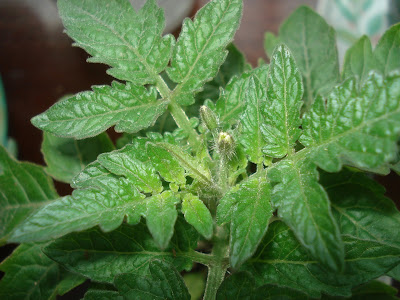 Fie on you snow! My cherry tomato plant is blooming nicely and you, Jack Frost, will not ruin my early crop with your work. 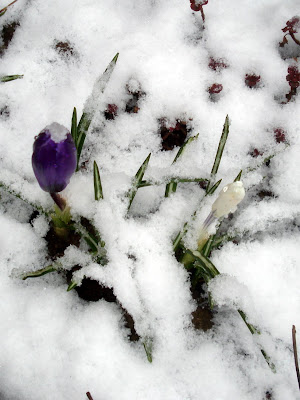 While the crocus enjoy posing in the chill... 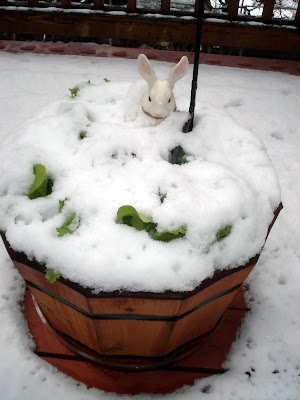 Bunny says "Guess it's time to look and see what else has been happening around us." 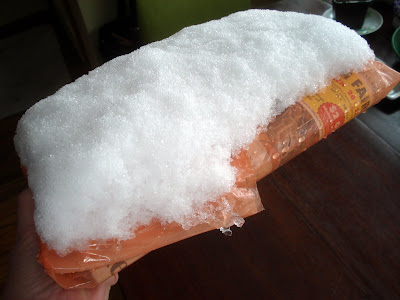 Apparently there are other chilling events happening in our world:

"For a head of state to visit the White House and not pose for photographers is rare. For a key ally to be left to his own devices while the President withdraws to have dinner in private was, until this week, unheard of. "

(In case you missed it: The Prime Minister of Israel requested a meeting with Mr. O here in the USA. Mr. O never replied, pointedly ignoring our ally in the Middle East. The PM boarded a jet anyway; Mr. O. granted a meeting after the PM was on his way.

Mr. O's treatment of Mr. Netanyahu would have raised eyebrows in even the meanest of American homes. It is still unthinkable to "welcome" someone into your home, then leave them sitting in the living room while you go to your family dinner table to dine. Or worse, just tell a guest who has flown half way around the world to see you to find something to do...and then just leave. )

Yet that is how Binyamin Netanyahu was treated by President Obama on Tuesday night, according to Israeli reports on a trip seen in Jerusalem tonight as a disastrous humiliation.

After failing to extract a written promise of concessions on Jewish settlements, Mr Obama walked out of his meeting with Mr Netanyahu but invited him to stay at the White House, consult with advisors and “let me know if there is anything new”, a US congressman who spoke to the Prime Minister said today.

“It was awful,” the congressman said. One Israeli newspaper called the meeting “a hazing in stages”, poisoned by such mistrust that the Israeli delegation eventually left rather than risk being eavesdropped on a White House phone line. Another said that the Prime Minister had received “the treatment reserved for the President of Equatorial Guinea”.

Left to talk among themselves Mr Netanyahu and his aides retreated to the Roosevelt Room. He spent a further half-hour with Mr Obama and extended his stay for a day of emergency talks to try to restart peace negotiations. (The PM actually had to ask Mr. O to come back to see him after he had finished his dinner! I believe in family dinners as much as anyone, but wouldn't you think the O. kids could have learned something about hospitality if Mr. O had just invited the PM to join his family for dinner?)

However, he left last night with no official statement from either side. He returned to Israel yesterday isolated after what Israeli media have called a White House ambush for which he is largely to blame.


Israel's Prime Minister Benjamin Netanyahu's trip to the United States to patch up relations ended in "humiliation" as Washington dressed down its close ally over settlements, Israeli media said on Thursday.

Leading newspapers said Netanyahu now has his "back to the wall," with US President Barack Obama demanding major steps to revive the peace process that threaten the premier's mostly right-wing coalition.

Palestinians: Obama wants Israel to hand over Abu-Dis to PA

US demands that Israel hand over area adjacent to Jerusalem to exclusive PA control, Palestinian sources say, adding that Americans want Palestinian state to be established within next two years.

Jerusalem is Israel's capitol city. Imagine what it would be like if Mr. O showed up in London and demanded that no more housing be built there as Scotland wants to become an independent country.

Yes, Scotland is currently part of the UK and yes, there has been discussion about it becoming independent. I think that would be what could best be described as an "in house" discussion, and the US President really should have not a word to say on the matter. Of course if he was Scottish, I suppose I might say he had a vested interest in the outcome.

Wonder why Mr. O feels so strongly that the Muslim people should have the right to demand that the Israeli-Jewish people kowtow to their demands.

And why Mr. O has made it so obvious that he does not wish to be photographed with the head of the Jewish people.

Information above from HERE.

Posted by Thoughts on Life and Millinery. at 10:08 AM

I read this earlier today and it really is making me feel like screaming. You know I'm home alone so just a second while I scream...there now I feel a little better. Oye Vay! I'm going to facebook my girlfriend who lives in Israel right now and see what the fallout in Israel is over this...

oh, that just burns me up! what
extreme foolishness to treat our
best ally like that.

my only comfort is that israel
has seen many of our leaders
come and go.

my prayer is that the arabs don't
take further advantage of them
why they wait on us.

It would be interesting to read the Israeli newspapers reporting on this. I find it all so difficult to believe and accept.

Won't we all be excited to see the warm Spring weather after the long, cold winter.