It was bound to happen eventually 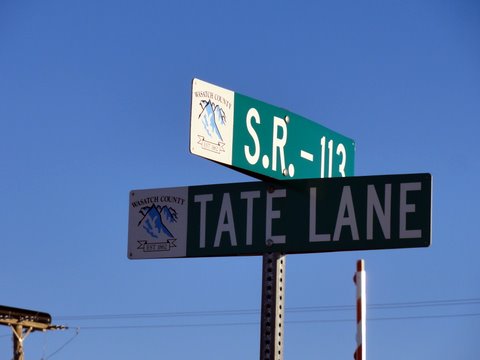 We think Tate is just the cutest cat...
So we are not the least bit surprised to find out that there is a street named after him now. 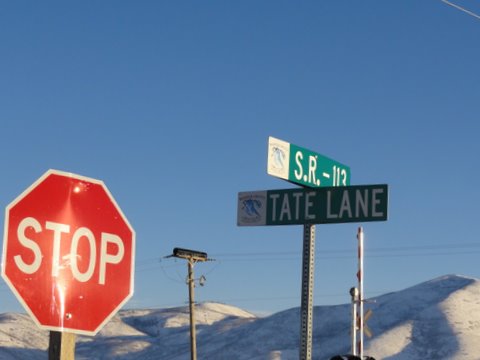 Cream rises...excellence is recognized...and Tate Lane sounds just perfect.
He is just a little guy after all.
Tate Avenue would be much too grand of a name for a just starting out Faithful Orange Cat.
Yes, Tate Lane is just right.
We are so proud. 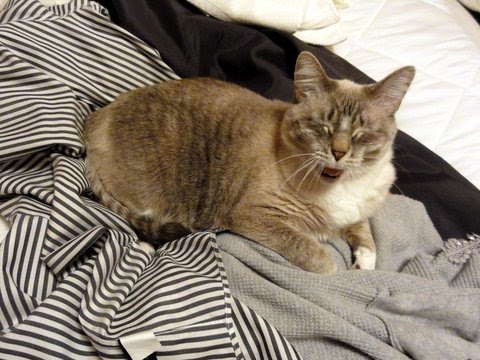 Frenchie isn't  nearly as excited as we are about all this. 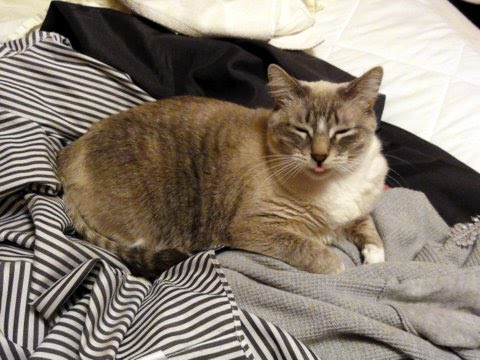 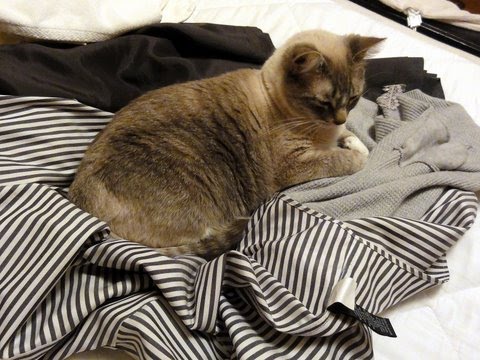 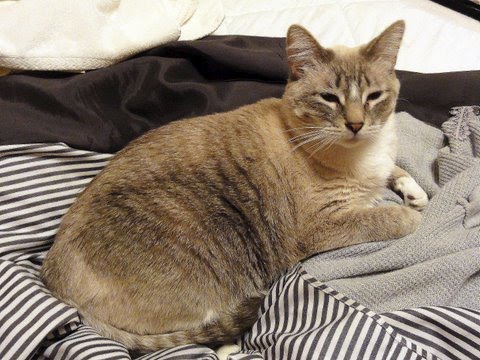 Having a lane named after you is really nothing compared to having a entire country and people named after you, is it Madam Frenchie?
And you really do look quite fetching as part of an artistic composition of monochromatic study of textures and stripes.
Yes you do.
Posted by Thoughts on Life and Millinery. at 10:32 PM

Oh my gosh.....he is the smitten image of Hank. Hank is just a big darker. 'Twould that we could get these to cousins together.

Yay for Tate! How nice to have something as pleasant-sounding as a Lane named after you! Miss Frenchie is so cute, too. I love it when they poke their little tongues out like that.

Your birds flew away!

Awwwww... both Tate and Frenchie are handsome/beautiful cats and well deserving of having places named after them :)