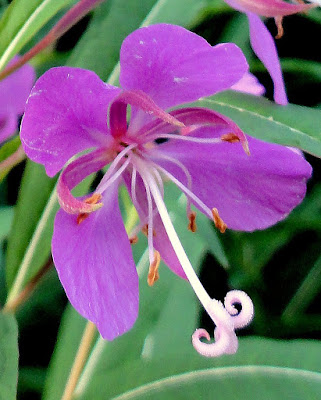 (About the picture: Don't you love how that flower's pistil ends in velvety curls?) 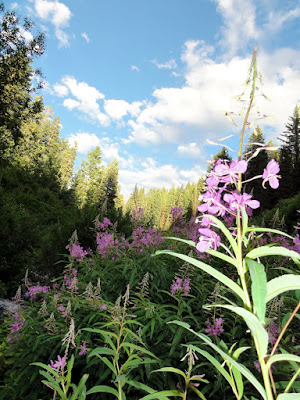 I won't bother explaining the book's storyline; it's pretty complicated. What I did want to explain was the title. I had never heard the term "Overton Window" before the book came out; I wish I had known about it all along as it gives me two simple words to use to explain something that I've noticed through life, yet couldn't articulate.

(About the picture: Perspectives caught on camera: shall I look at up close flowers or far away sunlit trees?) 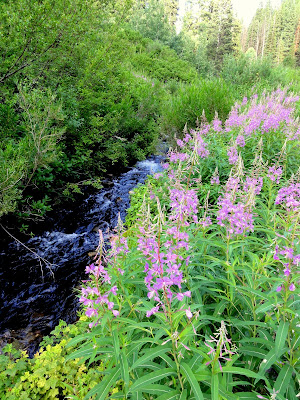 Here's a good enough short definition of an Overton Window:

At any given moment, the “window” includes a range of policies considered to be politically acceptable in the current climate of public opinion, which a politician can recommend without being considered too “extreme” or outside the mainstream to gain or keep public office.

Overton arranged the spectrum on a vertical axis of “more free” and “less free” in regards to government intervention.

When the window moves or expands, ideas can accordingly become more or less politically acceptable.

The degrees of acceptance of public ideas can be described roughly as:

The Overton Window is a means of visualizing which ideas define that range of acceptance by where they fall in it.

Proponents of policies outside the window seek to persuade or educate the public so that the window either “moves” or expands to encompass them.

Opponents of current policies, or similar ones currently within the window, likewise seek to convince people that these should be considered unacceptable.

Other formulations of the process created after Overton's death add the concept of moving the window, such as deliberately promoting ideas even less acceptable than the previous "outer fringe" ideas, with the intention of making the current fringe ideas acceptable by comparison.

Haven't we all experienced an "Overton Window" apart from politics in our own lives?

I would love to round up some thinking friends and invite them over to chat about this concept. Next best thing: post it on my blog, and see what others may think.

It isn't an easy "think" by the way...but once you are aware of the term "Overton Window" it does make it easier to point out when it is occurring either in the news or in your own life.

It is sort of like having a term like "Pregnant" to wrap up the many physical/emotional/social elements of the condition. Yes, someone may be throwing up in the morning, breasts may be swelling, a crib may be purchased, baggy tops are being worn, lots of trips to the doctors office etc etc...perhaps unrelated symptoms, unless one knew a baby was on the way.

The question is: Are the symptoms that we observe in our lives and the world about us likely to produce a "baby" (a continuation of human life) or are the symptoms a signal of a malignant condition?

More importantly: What is our calling as Christians in the management of the Overton Windows of life?

Something I'll be thinking about for quite awhile.

(About the picture: So many snowflakes, so many raindrops, each so light, yet now create a rushing stream that can take down trees with it's power. I don't think I will ever cease to be amazed at that fact.)

Posted by Thoughts on Life and Millinery. at 11:03 AM

John's reading it now. I'm going to read it when he's finished. Believe me, you've explained it far better than he's been able to thus far. ;>

Well you certainly have my curiosity up. I think I need to read that book myself, but I am afraid it will make my brain hurt =]

Very interesting. It's interesting the role that television has played in this...