Beauty all around...except when looking down. 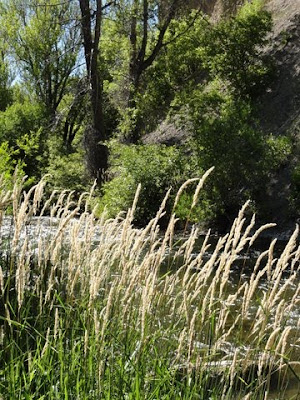 Ahhh...the Days Of '47 afternoon (that was last Saturday by the way, see previous post for details).

We stopped along the way so B. could cast a fly or two in the stream alongside the road. 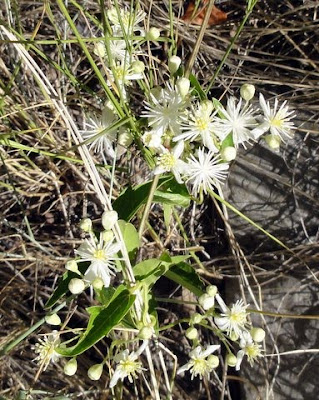 I got busy doing my usual thing of looking for wildflowers. 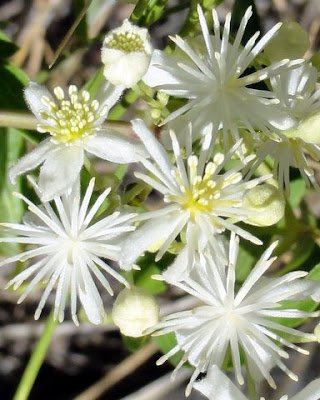 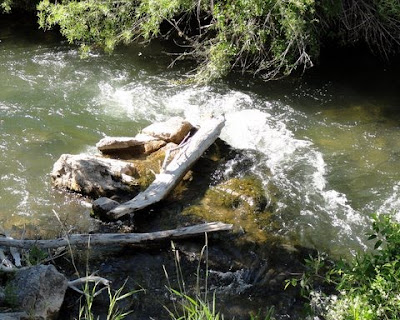 Bernie had read that there was a certain mineral in this particular stream that made the water have an especially pretty color.

It was pretty, with maybe a hint more of aquamarine than streams usually have.

I decided to get closer to the shoreline to see the water up close. 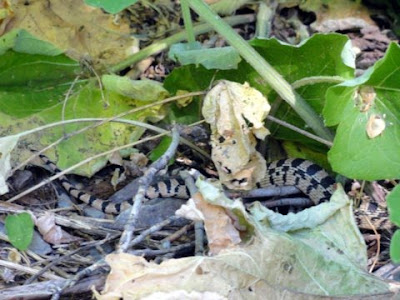 The water seemed pretty usual to me. I glanced back to see if there were any interesting flowers or butterflies worth photographing.

There was something worth photographing all right. I simultaneously froze and jumped back when I spotted a snake that I had apparently and unwittingly stepped over earlier.

The snake was frozen in place as well...and I couldn't see the tail shape.

Oh great. I tried to decide if I could just wait for it to move along, like most snakes prefer to do when they find themselves confronted with humans.

On the other hand...what if it was a rattler? Don't they travel in pairs? What if there was a second one just lurking behind a bush, waiting to chomp on my foot as I tried to leave?

I got as far away from the snake as I could, sticking the toes of my shoes into the water. Bernie was a bit down the river; I began frantically waving my arms and pantomiming snake movements, including wiggling two fingers in front of my lips to mime a snake tongue motions.

I stretched out my arms and then made an O shape with my hands.

He quickly began to move upstream towards me.

Hurrah! I would be rescued! 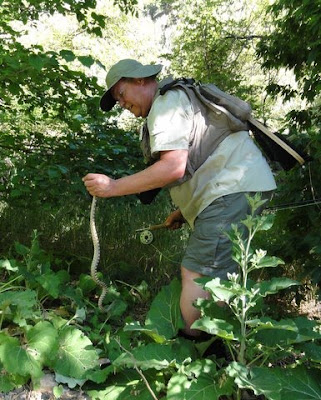 He sure did take his time getting to me though. Later he told me he thought I was trying to tell him I had seen some really big fish in the water, not a snake. Guess we should spend more time playing Charades in the evening if that is what he though.

Right away he captured the snake so I could safely leave the area.

(But not before he had chirped like a parent talking to a new born child "Ahhh...it is just a little baby gopher snake. It's cute!) 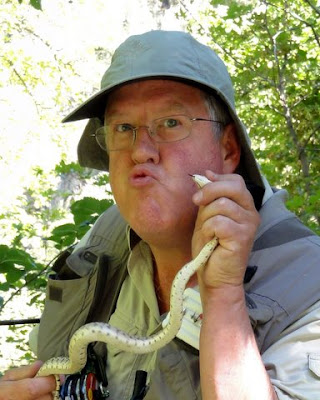 Is my husband the only husband who sweet talks snakes? 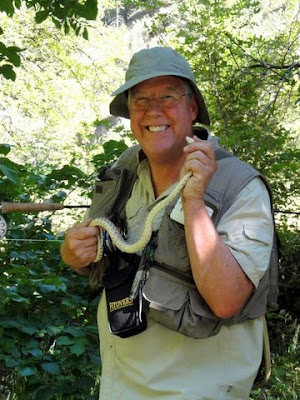 Finding a snake is almost as good as catching a fish, at least in Bernie's mind. 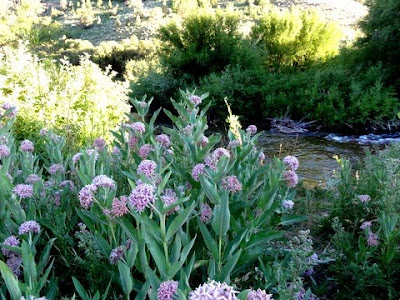 We stopped at several other likely places along the stream. At one place mosquitoes were biting me through my tee shirt.

Other places were so beautiful that I waded into the stream with my running shoes just for the joy of it. 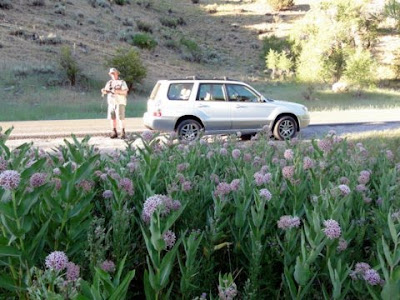 (I used to see pictures like this in magazines: cars loaded with outdoor gear and flowers blooming thickly about. It didn't seem like it could be real then. Now I smile and take a picture, thankful that I get to live where such scenes actually happen to me!) 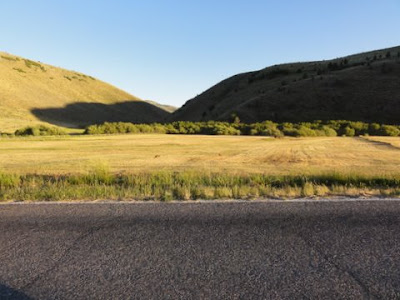 Bernie spotted our final wonder of the day. Can you see what he saw in the golden field? 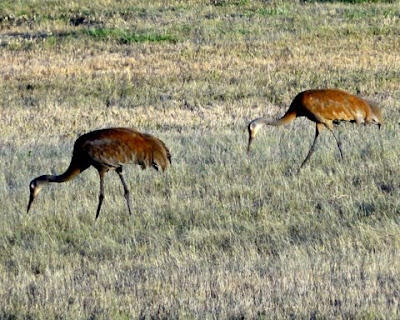 Two Sandhill cranes! We had never seen one before; and here we were seeing two! My folks have seen the sand hill crane migration with cranes as far as the eye could see.

Perhaps someday we will get to see the migration too. But for now, just having seen two made me happy.

In fact, just about everything I saw on Saturday made me happy!

Posted by Thoughts on Life and Millinery. at 9:29 PM

Very cool to see those cranes...and yes I think I'm in a house where some would sweet talk snakes! :0)

What a fun day! Your hubby is a riot. You know, I'm such a scaredy cat that I wouldn't have seen this kind of a day for fear. Glad that you did! Oh, and those wildflowers and those cranes are beautiful!

Hubs to the rescue!! Hope he didn't hold it too close to your lips :)

I'm glad we have NO poisonous snakes here on PEI - just a little gopher or two to eat the darn mosquitoes! We do have those on muggy evenings. And yes they can bite through a t shirt.

Such beautiful things you saw...even that cute little baby gopher snake! But my favorites are the cranes and the lilac puffball flowers.

Jiminy! Or, should I say, "Crikey!" Are you married to Steve Irwin's brother? What will Bernie NOT pick up?

I love the sandhill cranes...it's been fun watching the families that live around us and how quickly their chicks grow. They seem placid, but don't go near the babies...the parents get riled and they have a call that will wake the dead! They aren't afraid of anything, either...they stroll down our streets and we have to wait for them to get out of the way.