Veteran's Day: Boys from Utah Then and Now 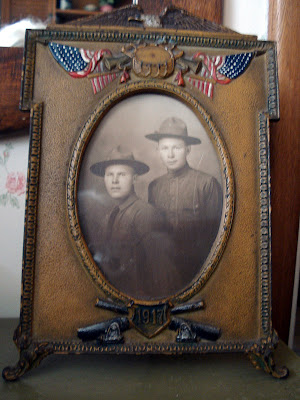 They went off to the war to end all wars...two brothers from Utah, long ago.

(My grandfather Matthew Stein, seated in picture above with his brother Conrad.) 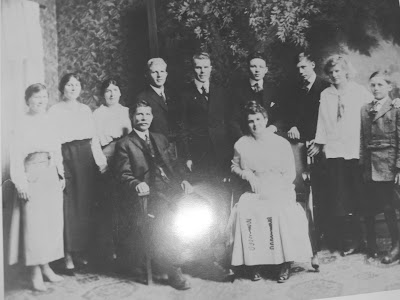 They shipped out from Salt Lake City; left behind seven siblings and a mother and father...most of whom were German born.

(My grandfather, standing in middle.) 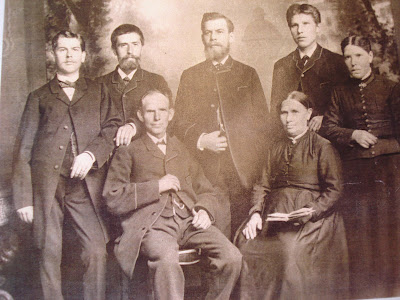 His father Ludwig Jr. as a young man, (born 1862) is the first man standing on the right.
His grandfather Ludwig Sr. (born 1826) and grandmother Margarthe (born 1830)...in a picture taken in Germany.
Germans...through and through. 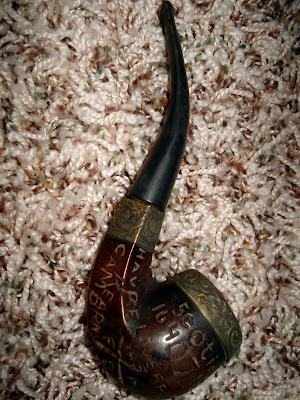 Did it matter that Matthew's family was German, that they spoke German, and often lived in Germany, although Matthew was Utah born?

When the time came, he and his brother signed up in the US Army, and found themselves fighting in Europe.

My grandfather took a pipe with him, and carefully carved the name of each place that he served.

Camp Kearney in San Diego...a place he would later make his home. 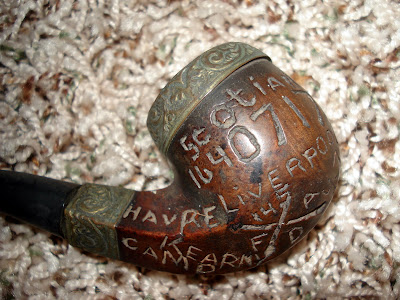 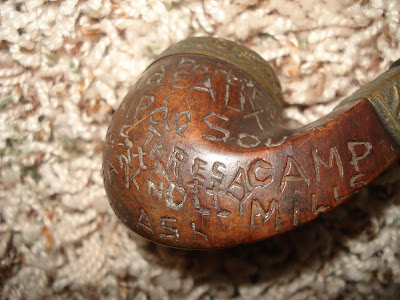 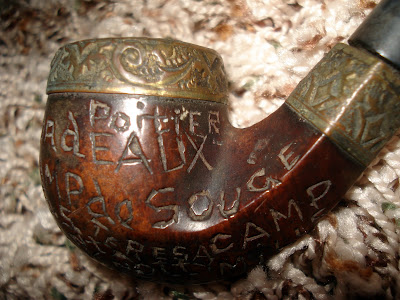 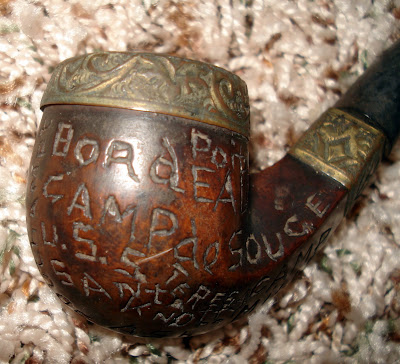 I wish I could have him here today to ask him about all the places he served.
What it was like to fight against "his people" as an American.
And what it was like to live through the Spanish Influenza that killed more soldiers than fighting ever did.
I'd like to know the memories he held of each place that he carved into his pipe as a souvenir.
We have a few pictures of him taken during his service time...the typical playful photos that soldiers always seem to take.
One day I will pull up his service records, and learn what I can about what he and his brother Conrad saw in the theater of war.
Maybe they chose not to speak of it later because they were just glad to come home. 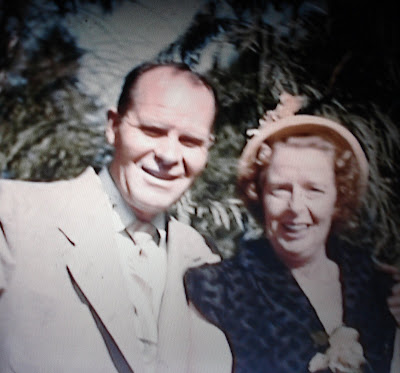 Grandpa Stein was always a cheerful man with a ready smile.
Years later he took his wife, my grandmother, to Europe on a grand tour of France and Germany.
Apparently he knew Germany at peace as a child, at war as a young man and again in his middle years as more men went off Europe to fight for freedom again...
It must have felt really, really good to go there again and see the sights freely.
Free once again from hostility and war.
Today is his birthday...he would have been 105 years old.
I wonder what he would have thought of the world as it stands today.
Another young man from Utah went to serve in the Army just a little while ago.
He was to come home next month, and had a girl here waiting for him
He had already bought her a ring...they were nineteen...he was going to propose at Christmas time.
Instead of reunion this Christmas and wedding plans to be made...
the family will mourn.
The bride to be will grieve.
All because of a moment at Ft. Hood when a man shot his fellow soldiers, angry that he was soon to be sent to fight against "his people" (not with a gun mind you...but to support those who would do the fighting...)
Yes...I wonder what the Utah boy with German parents and siblings who fought against those of his own lineage would have had to say about this.
Posted by Thoughts on Life and Millinery. at 8:44 AM

Wow, a birthday on Remembrance day. How cool! And that pipe, what a neat idea to carve it with places. Perhaps I should do that with my shoes every place I visit.

What a fascinating story - and how cool to have your grandfather's pipe with all the nameplaces carved on it.

Thought provoking point at the end too - I'm sorry for that young man and the others. So pointless and tragic.

Jill, I had goosebumps reading this post. . what a wonderful remembrane you hold of the heros in your family.

I am so sorry for the innocent people who have so recently lost loved ones because of the hate in the world. Like Vicki said. .so pointless.

Thank you my dear daughter for writing so poignantly about my sweet Dad. He was such a gentle man but deep down it must have hurt him and his family for him and his brother to be back fighting in Germany. They must have still had family living over there. But like you said they felt they were Americans and had a new country worth fighting for. I can still see my Dad riding a horse in the Veteran Day parades, only then it was called Armistice Day.
Since he was both born and died on Nov.11, today is always a sad but grateful day of rememberance for me. Lovingly, Mom

I love that 'pipe of memories'...most special. And to be born and die on this date makes it a most meanigful 'Remembrance Day'!

How sad to think of the young man from SLC who won't be coming home to his drwams and plans for the future.

Hmmmm, my grandfather was also at Camp Kearney....I wonder if they ever met?