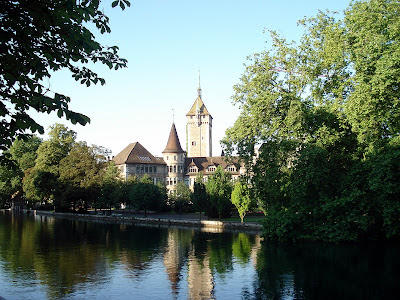 Wow! What a difference! Overnight the weather had cleared, it was windy and brisk out, and Zurich just sparkled in the early morning light. 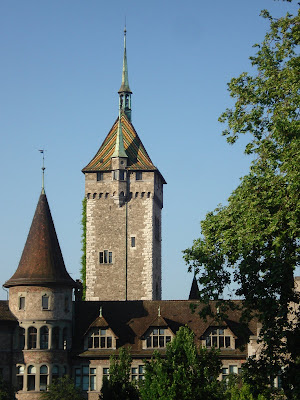 You can see the orange and green striped roof on the tower now, and isn't that cute oriel window delicately charming as it juts out to provide someone with a fabulous view?
It was a really short walk to the train station. The streets were jammed with morning rush hour traffic, and the sidewalks full of office workers striding along with scarves wrapped around their neck against the morning chill.

At the train station, underneath the ever watchful Blue Traveler's Guardian Angel, we made our way to the tracks, using our final day of Swiss pass. What a lovely way it had been to travel; just flash the pass and we were on our way.

Two stops later we were at the airport. The lines were long, and we were glad we had gotten there early. I did a little window shopping as we waited for our flight.... 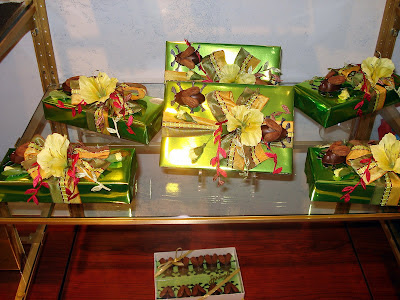 I'd be willing to eat a chocolate bug...(no, there isn't really a bug inside, the chocolate is just shaped like a bug.) If I had had room in my suitcase, I would have sprung for a box, but I knew the box would never make it home looking as pretty as it did in the window, and besides, those extra pounds I gained on the trip are going to be hard enough to shake without adding more temptations at home! 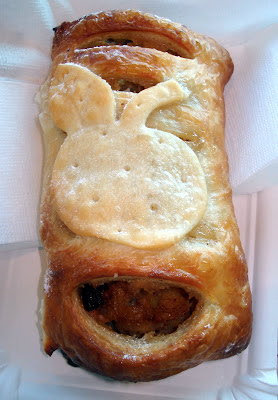 Since we had to get to the airport early enough to check in for international travel, two hour before the flight we decided to just eat at the airport. For breakfast I got Swiss yogurt, orange juice, a glass of champagne, and this apple pastry, just because the apple trim was so fun. 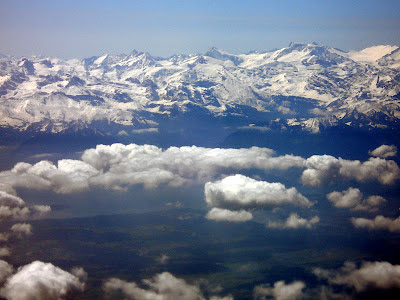 It seemed unreal once we were up in the air. The snowfall had covered the Alps so thoroughly that view as we left was totally different than when we had arrived. 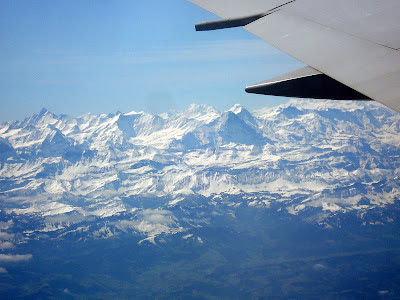 From the church bells of St. Gallen 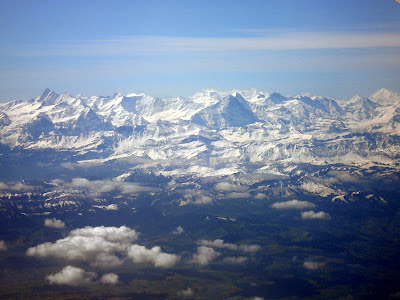 ....to grabbing a cab rides in Milan, begging carp fish in Mannheim, a sunny morning in Lausanne and train trips through the Alps, our journey had been a magical time apart. 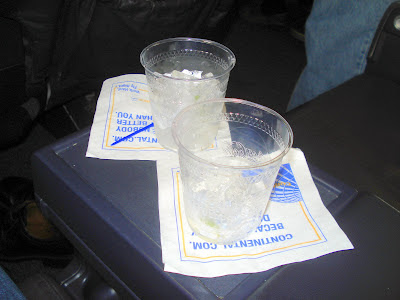 Here's to our next thirty years! Cheers!
Posted by Thoughts on Life and Millinery. at 1:56 PM

to your next thirty years.

I enjoyed the little clips .. .it was like a little bonus.
I'm wondering if you could teach me how to add little clips to my blog when you come to Canada.

What will you post tomorrow? Now you have sooo much to catch up on in your daily houston life.

Aw..Jill... I guess all good things must come to an end...and I so enjoyed your trip!! Thanks for sharing it!!
And I just heard that you are planning another trip to Canada!! That is so exciting ...I can't wait to meet you in person!

WOW I never thought it would end!!! Congratulations on the next 30 years to come!!! may they be just as full and cherished as all your memories around Europe were!

To your next 30! I hope that you don't wait that long to travel abroad again. Life, and 30 years, just goes by far too quickly. And everyone needs more romantic times!
A lovely post to culminate your journey! Thanks for sharing!

Thanks for taking us along on your trip.