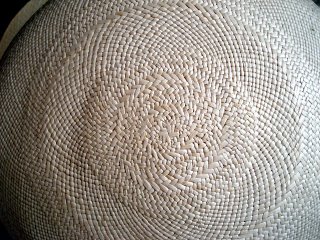 These first two pictures are a close up of the Sally Victor Panama straw. The concentric circles are called "vueltas", and the more vueltas, the finer the hat.

Victor stopped making hats in the 1960's, so this hat is at least 40 years old. It is still supple and has a satiny sheen.

The style of the center knot can tell experts exactly what Ecuadorian village wove the hat.
It can take days or weeks or even months for a weaver to create a Panama straw body (unshaped hat). The third picture is another Panama straw that I trimmed. This one has a typical ridge over the crown, and is slightly less fine. 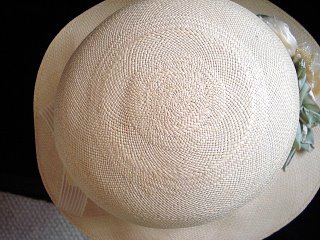 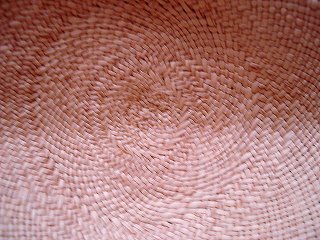 The poppies on this hat 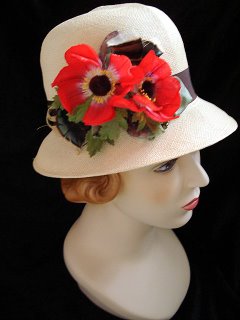 are vintage, and from Germany, by way of Ebay. There are two prairie point ribbon leaves, and the turkey feathers are from a turkey my dad shot (he's still at it...) up in Northern California.

Neat hats! I wanted to say thanks for trying to help me with my camera problem. I tried everything and nothing works but thanks anyway. Thanks also for visiting my blog!