I Really Need More Adventure In My LIfe! 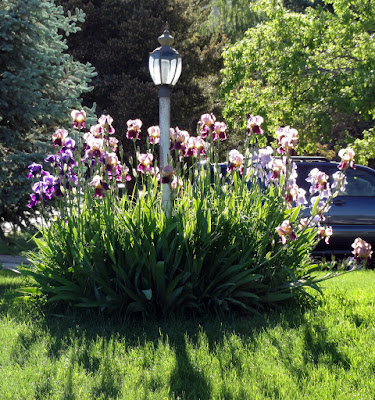 The iris in SLC are chest high right now.

As I left for work (ho hum..) on last Wednesday's sunny morning, this was my view as I backed out of my drive way. 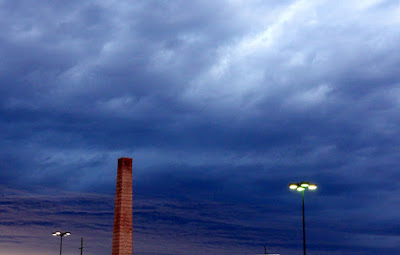 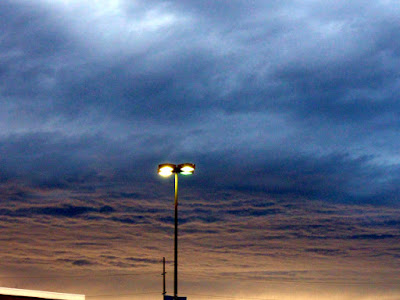 After work I was out in the threatening weather; racing around shopping, trying to find something, anything suitable to wear on my next adventure. The air was warm, muggy, and the humidity was building rapidly. Lightening flared in the distance.

It was the perfect atmosphere for conditioning me for my next adventure! Having scored a pair of shorts, capri pants, a golf shirt and a cotton dress, I headed home. I cleaned, tidied, packed, and was in bed by eleven, my alarm set for an early get up to tackle a few more details in the morning before I would have to leave for work. 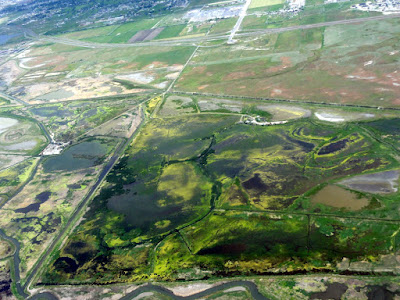 I was at work at 9 am, at 1:00 on Thursday I left work, my suitcase already in my car, and off I drove to the airport.
(Sadly, I left my phone changing away at work...that rattled me! How on earth did we ever dare to do anything or go anywhere without a cell phone before cell phones were invented???)
By 2:30 I was aboard a plane, winging my way over the salty marshes lining the Great Salt Lake, and heading east.
Three hours later I touched down in my old stomping grounds, Houston Texas.
But that wasn't my final stop.
During my layover, I kept my nose buried in a book called "What the dog saw". If you want a fascinating "how did that happen and why do we think the way we do" book, it is the one to grab.
Before long I was on my way again, flying in the dark towards the east coast.
I arrived at my destination at 11:30 pm Eastern Standard Time.
Waiting downstairs at the airport: Bernie.
Where were we?
Greenville, South Carolina!

(Click on the map to see the whole country and where I went. South Carolina is the green colored state up the curve from the top of Florida,next to blue Georgia. Check the flight: Utah to the gulf of Mexico bordering Houston Texas and then on to Greenville which is in the inland corner next to North Carolina. On a reginal jet, or RJ as they are called. Or as I call then...a tiny metal tube stuffed with people!)
Bernie had been assigned to go to South Carolina as part of a project with his work.
We had some air miles saved...the company was paying for the hotel, the rental car, and Bernie's food.
When he suggested I come join him over the weekend, I said yes...IMMEDIATELY!
Seeing him at the airport was wonderful!
We snuggled down into bed and went to sleep...the next morning Bernie still had to go to work.
(I slept in....and missed my free breakfast.)
When he later picked me up for lunch, he did give me a quick spin around the area. 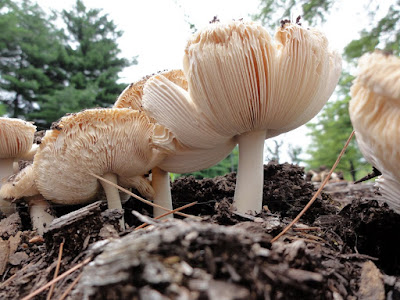 Mushrooms were sprouting in the parking lot berm. I asked B. to stop the car so I could take pictures. 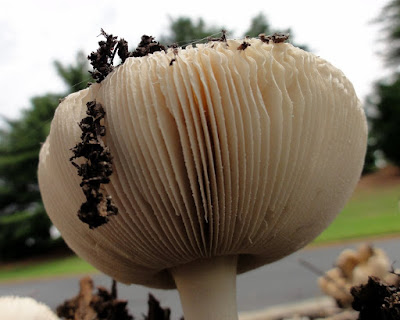 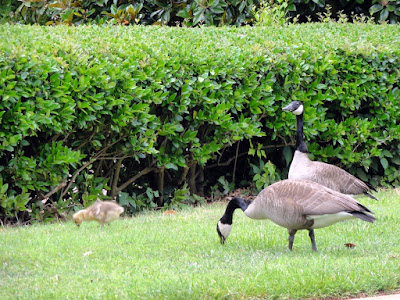 Then he had to stop the car so I could get pictures of the Canada geese who also were visiting South Carolina with their offspring. 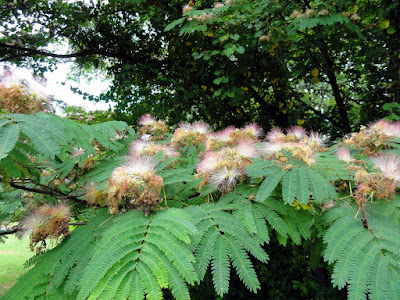 Then he had to stop the car because I saw MIMOSA! 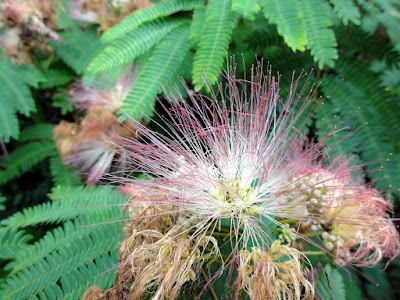 If you haven't ever smelled mimosa blossoms...well, just put "smell mimosa in bloom" on your bucket list. It is that wonderful. 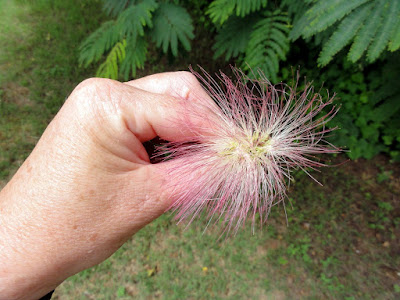 I carried the powder puff like blossoms around with me, sniffing the scent, and stroking my face with the delicate petal. 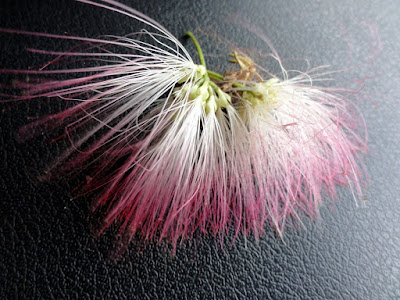 The color gradation is incredible in the sunlight. I say the blossoms look like fairy skirts! 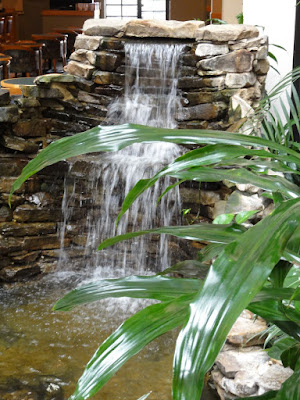 The hotel where Bernie had us holed up had a waterfall... 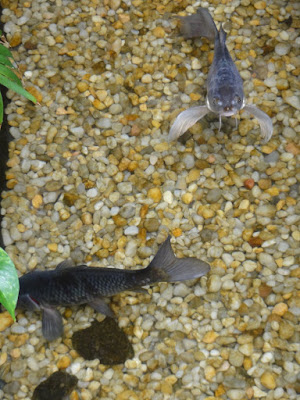 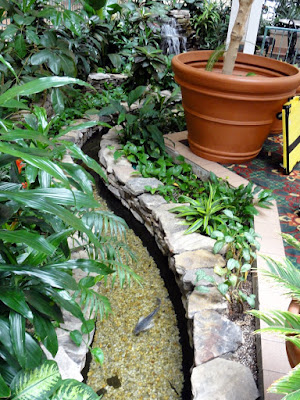 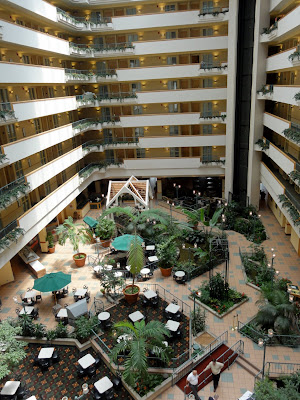 The lobby was so cool and tropical. 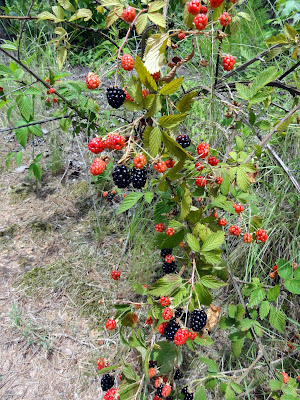 But I wanted to go see outside.
Berries were growing wildly. The ripe berries were delicious!
(This after I had already had lunch with B.; a fabulous meal of shrimp and grits at the local Stax Peppermill restaurant. If you ever go to Greenville...don't miss having that classic southern dish!) 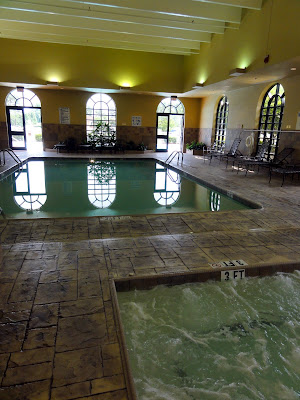 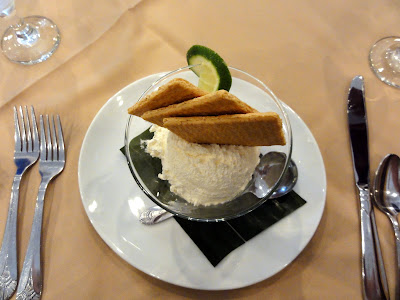 At tea time I treated myself to a serving of key lime mousse and sweet tea.

Just the thing for my first afternoon tea time treat in South Carolina. 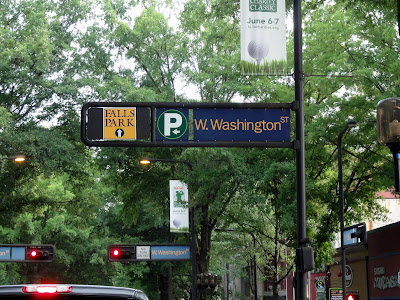 Around five-ish Bernie came to get me at the hotel, and we headed downtown Greenville. The main street has won an award for being one of America's best "main streets". Personally I think they deserved an award just for having enough sense to make the street signs big enough that you can easily read them without having to look sideways. 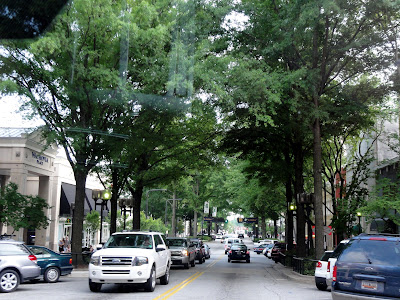 Downtown was tree lines, with cute shops and lots of restaurants, people strolling around enjoying galleries and outside dining and just being "out and about" on a warm Friday evening in June.

To be continued!
Posted by Thoughts on Life and Millinery. at 8:11 PM

This is a much more relaxing adventure than the giant ants! Can't wait to read and see more.

Glad you made it there safely even without a cellphone!! We saw a Mimosa for the first time (I think) at Butchart Gardens. Next time I see one I'll have a whiff. I love street signs you can see!!
Looking forward to more of your adventure. Katie will be traveling to S.Carolina for her boyfriend's bootcamp graduation.

Oh...I love going along on an adventure. And I've never been to South Carolina...so I'm liking the sneak peek. I'll be back to continue the tour!