In Praise of the Worker 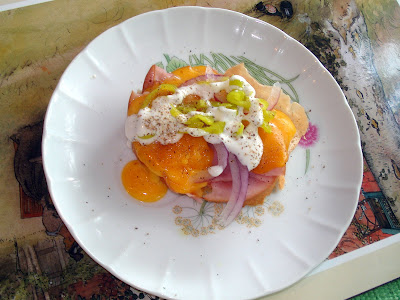 It is Labor Day...and I want to take a moment to praise my favorite worker: my very own Mr. B.

First of all...as I write this he is mowing the back yard, even though we are "officially" on vacation up in Park City. We had to drop by the house on the way to the Salt Lake for our annual Labor Day salt water dip. He wanted to quickly mow the back before we left, so I decided a quick post was in order.

The open faced sandwich pictured above was his creation. The man makes the most delicious sandwiches ever! 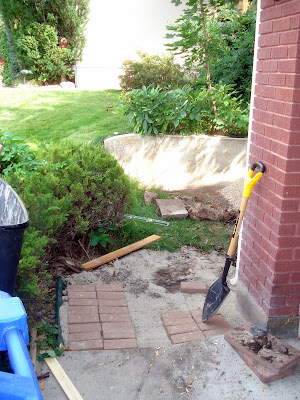 Over the past weekend he began a home improvement project: bricking in the side of the garage. 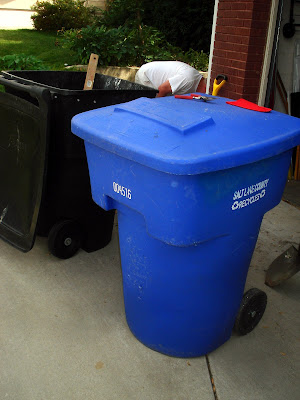 The modern enormous trash bins do not fit inside the garage when cars are parked there too. Pulling the bins through the mud was a real drag (pun intended) so he tackled the task before snowy season arrived. 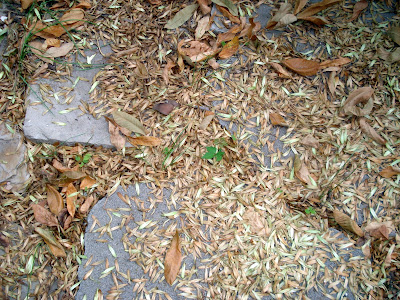 (The ash tree in back is "snowing" seeds everywhere...hence another good reason to mow. Those seeds are sharp!) 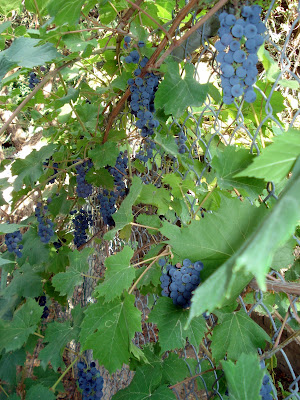 So while the grapevine flourished in the late summer heat... 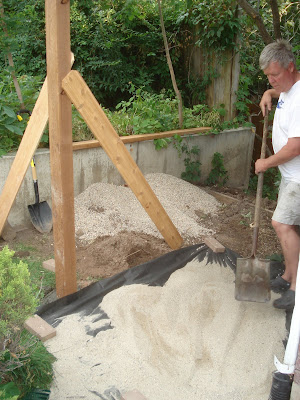 B. was spreading sand... 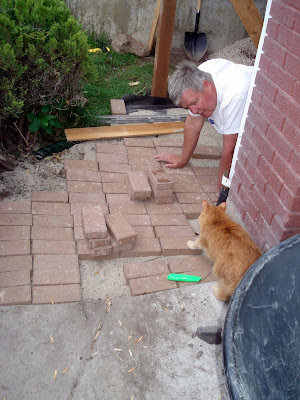 With appropriate "snoopervision" of course! 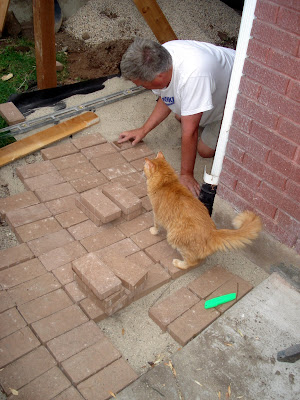 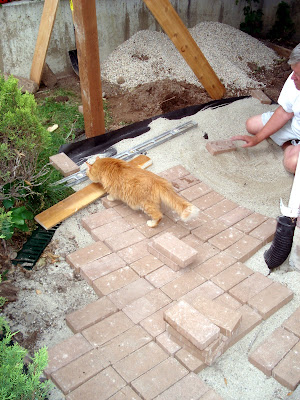 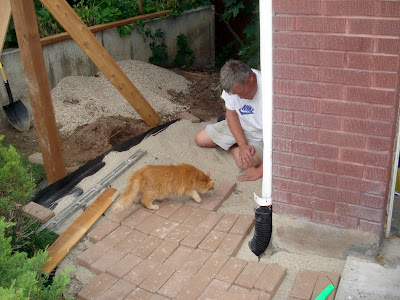 Yeah, that brick is a little higher than the rest.... 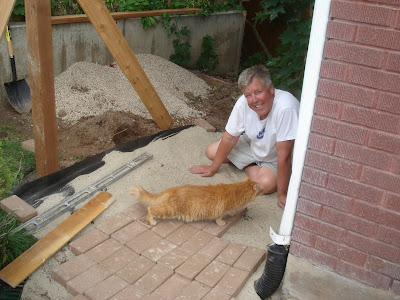 No, I am not wearing OSHA approved work clothes. 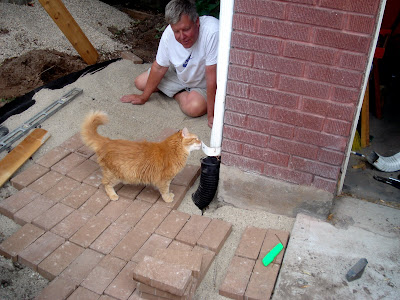 Yes, the downspout will be re-attached later.
That cat does not miss a single detail on the job site.
Later the next door neighbors came strolling by with their large boxer name Krause.
Krause was on a lead, and muzzled, even though he is the sweetest and most gentle boxer you could ever want to meet.
He went up to give Tigs a sniff...and Tigs gave him a swipe for his efforts!
Krause backed up, and Tiggie went after him...chasing him down the driveway with the dog's owner in tow.
B. had to grab Tigs and toss him inside.
How embarrassing.
Our cat: the boxer bully.
Sheesh.
Well, the lawn is done and we are off to the Great Salt Lake, and then back to Park City again.
I'll be posting sporadically.
Thankfully PC is only 15 minutes from home.
Heaven help us if we didn't come home regularly to feed the cats.
As it was, after being away one night, Hart greeted me with a hiss.
Whoa.
These cats are really tough!
Posted by Thoughts on Life and Millinery. at 11:28 AM

The bricked area is a good idea for those garbage bins. Ours take up too much room in the garage, too, but we aren't allowed to leave them outside...at all! (In Florida, the HOAs run all our lives.)

Enjoy your vacay at PC!

Atta Boy Tigs!!!You are living up to our family cat lovers motto which is "Cats rule, dogs drool". I do feel sorry for the whimpy Boxer as he is probably so embarrassed by a cat chasing him. Hope you had fun in the Great Salt Lake. The ocean temp here is 78 degrees..the highest I have ever seen it to get up to. Great for swimming. Love Mom

What would we do with out those wonderful workers, not only worker, but everything else.
Mine blew me out of the water this past weekend.
Looks like your cats are well adjusted. I'm training our dog to pull the grandkids in the go cart.

That is indeed a mighty attractive sandwich. And I notice it has lots of orange color to it...and then there's that orange cat too...keeping track of things. This is a very orange post.

Ah...a fine tribute to the very best kind of labourer (may I use the Canadian spelling over here?)...one who labours on his day off! I'd keep that one.