Venturing into the Stone Age 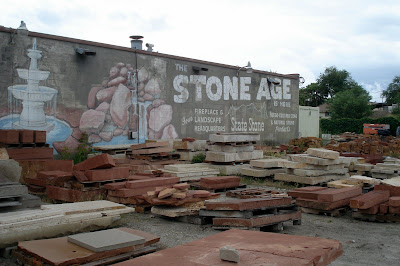 The Stone Age...now isn't that cute name for a business that sells rocks and stones? 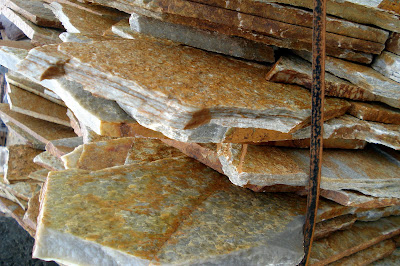 Lots of picture worthy rocks to see...and to consider for future landscape renovation. 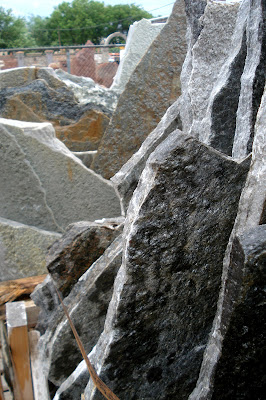 This trip was just to whet our appetite, and to give us fodder for dreams and plans. 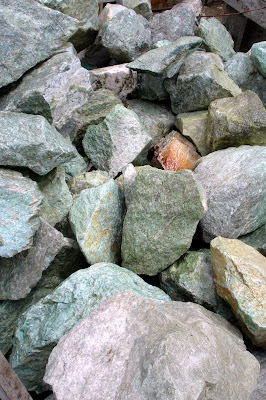 It was raining, which was so much the better as the wet stones colors shone in the wet.
The copper based green stones are sometimes found here as entire house fronts! 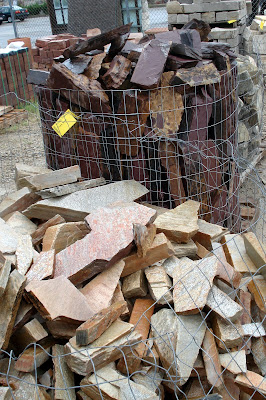 Regular sandstone and "chocolate" sandstone behind. Decisions, decisions...so many variations to chose from. 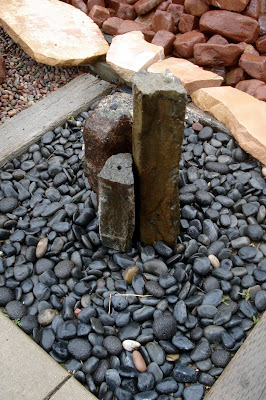 But here's the real draw: we'd like to install fountains in the garden, and have decided that the drilled rock style would be perfect in our garden.

We just have to decide where in the garden, and what kind of rock we would want drilled. 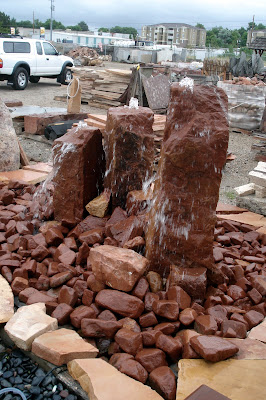 I'm leaning towards red rock...but the Japanese part of the garden might do well with a black stone. Maybe we'll have a few fountains scattered about...

To dream, think, imagine, plan....that is half the fun! 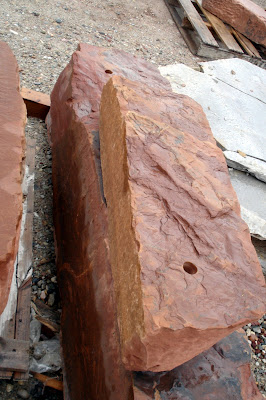 The fountain could also be on a flat style rock, and would flow river like down the face. 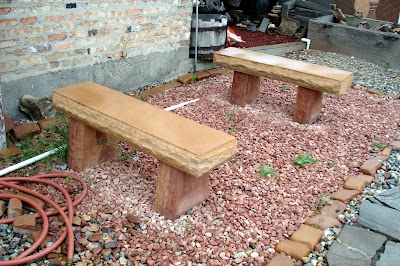 We definitely will be getting a stone bench....or two. I imagine lots of pictures being taken of friends and family seated on such a garden bench! 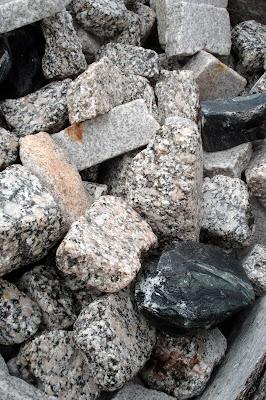 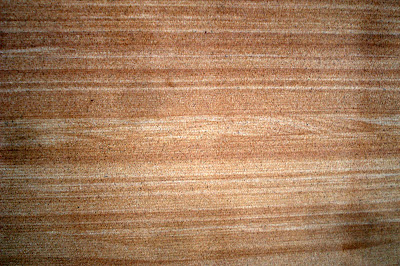 Other rocks have stripes...doesn't this look like wood grain instead of rock? 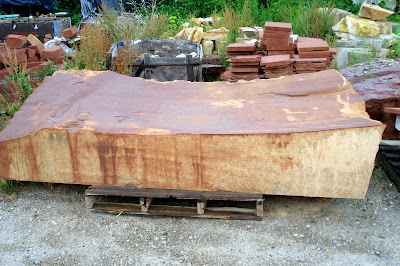 I could imagine resting on this slab, looking up at a starry summer sky... 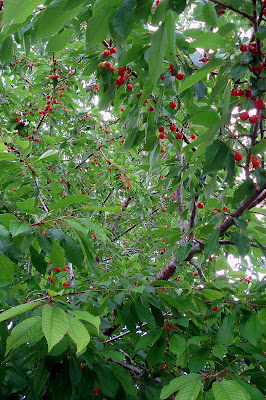 (A cherry tree was in the corner of the property, heavy with the sweetest ripest cherries. I could have snacked on them for a long time...it is so tempting to be greedy with such tender seasonal fruit!) 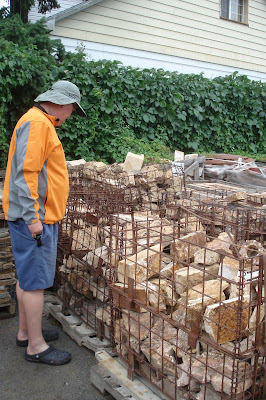 The rocks and my Rock of a Husband: both colorful and interesting to observe. It actually is raining quite a bit, and his outfit is a last moment defense against the elements. 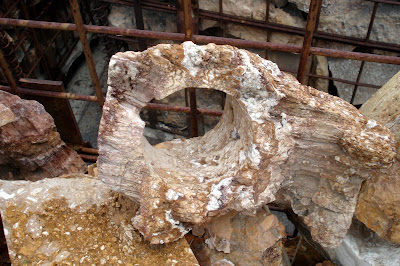 So what would you do with this rock? I've seen charming planters made with such rocks, bonsai pots, and candle holders. Maybe a frame for something? 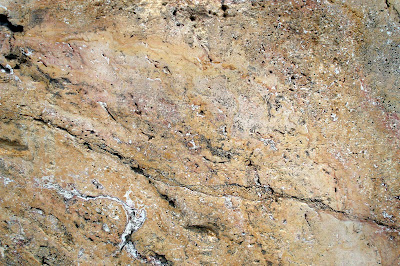 Earth landscape...or planet topography.
We decided to visit a second rock shop down the way....I walked into the display room and immediately encountered two large white ducks inside! 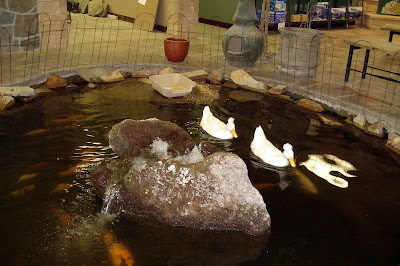 The company had built a huge koi pond and water feature inside their showroom, and the ducks apparently were invited to live there too. 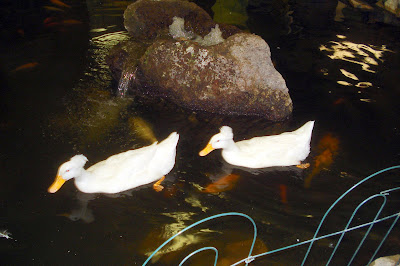 Their pom-pom duck feather do was a first for me. Is this a breed of ducks, or just stylish renegades? 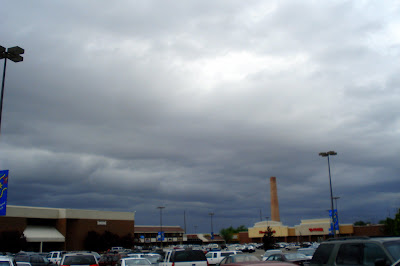 I've mentioned that it was raining... 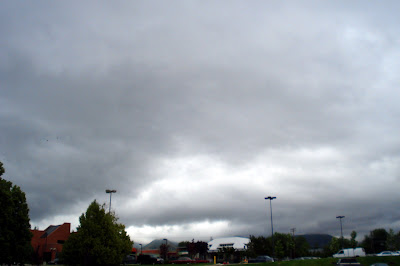 Later we had lightening and thunder and snow dusting on the mountains. 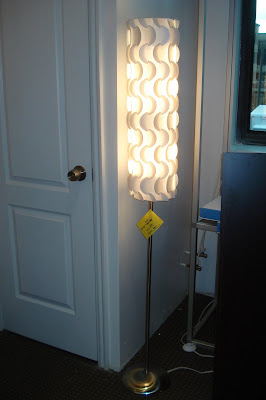 We left the Stone Age, and rocketed to the Modern Age....a store with modern home accents like this floor lamp... 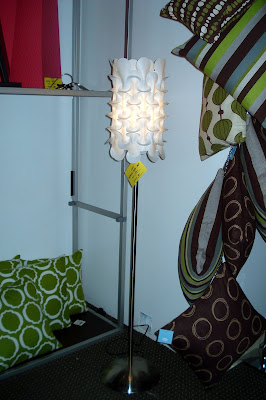 and this one. Colorful pillows in mod designs caught our eye, and we left with two huge orange and white pillows for our patio couch. 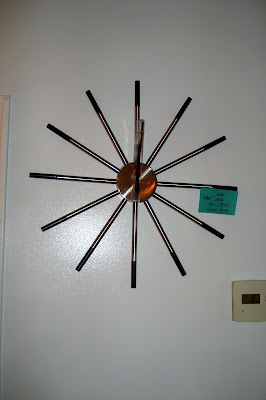 We had a lovely time last Saturday...and so much time has passed since then.
Maybe we need a modern clock to keep up with the modern way time flies!
Lots to do this weekend too....
I'll keep you posted...eventually!
Posted by Thoughts on Life and Millinery. at 8:37 AM

I LOVE the second lamp!!!

I'd love to add a few stones to my landscaping! The previous owner left us with a giant lava rock in the front by the garage. Not sure if I will keep that or not. I really like the drilled rock fountains...I'll have to figure out where I can put one. ;)

Those ducks don't snack on the koi?

Rock on sista. . .oh how fun. . and I couldn't help but think that your rock store and the rock store not far from us. . .are much the same. Have a blast this weekend.