Leaving on an early flight, we said "Goodbye" to grandcat Meowsie at 5:30 am.
He didn't seem too shook up by us leaving.
Oh well, better than a long drawn out goodbye. 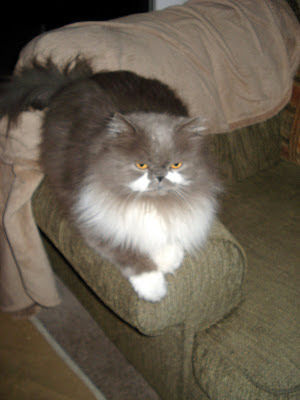 Jeff was bright eyed and bushy-tailed though.
And blind immediately after my camera flashed in his eyes.
(What is it about boys and goofy faces when you're trying to get a good picture?) 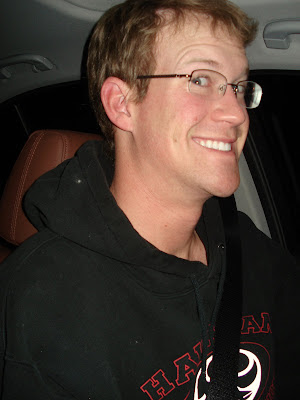 Jeff got us to the airport in the dark, and we hugged goodbye at the curb.
It is always hard to say good bye to family.

Inside the airport it was a madhouse. We had gotten there more than an hour early. It was a good thing too, the line snaked the entire length of the airport.
The terrorist in many ways is still winning every time we have to go through all the security measures at the airport. 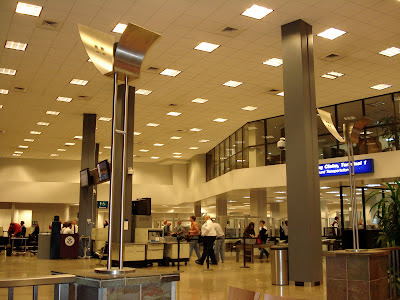 I waited for Bernie to go get some coffee.
SLC airport is pretty drab.
Especially at six in the morning. 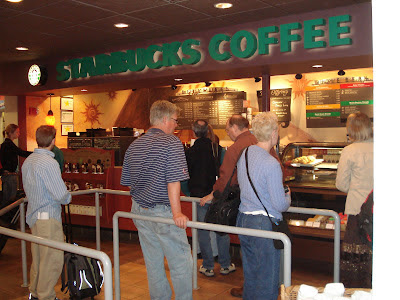 Bernie had to stand in line the longest time.
You'd think Salt Lake City Starbucks would have few customers.
You'd be so wrong.

As soon as he brought me a nice vanilla latte, I needed to use the girls room.
As I was washing my hands, I heard our names being paged.
Final call for us to report to gate A5 for our flight.
We had lost track of time in all that waiting in line.

I RAN back to the table, where Bernie was going "Did they just call our names?"

I grabbed my coffee and started to run.
It was Bernie's plain black coffee with four shots of espresso, not mine, as I discovered as I took a quick sip on the escalator.

I put it down and we RAN as hard as we could, carrying bags and a backpack on my back that weighted a ton.
My heart was going crazy...
As we came up on the gate the agent said:
"You're Bernie and Jill? Just get on the plane?"
He didn't even check our tickets. How embarrassing.

Hmmm...I might start listening to last call pages.
Last call for some place fabulous?
"Yeah, we're Bob and Betty, whew, we JUST made it, close the doors, let's go!"

OK, that would be WRONG.
But fun to think about.

Posted by Thoughts on Life and Millinery. at 1:46 PM

Oh my goodness, such a funny story. I just can see the whole thing. I'm laughing so hard right now. Oh boy, and then there is the picture of Jeff. Just be thankful he is showing his face . . that is a step up from what I usually get.

Ah poor Laura, I was really hoping she would be in on the fun.
No worries, I'll run over and give her a bit of cheer.

You and Bernie, had just better lay low the rest of the day. I wonder if anyone finished off the Starbucks speciality drinks?

Love your cat Meowsie!!
Hope you have a wonderful holiday..and don't be taken captive by 'anything'!!