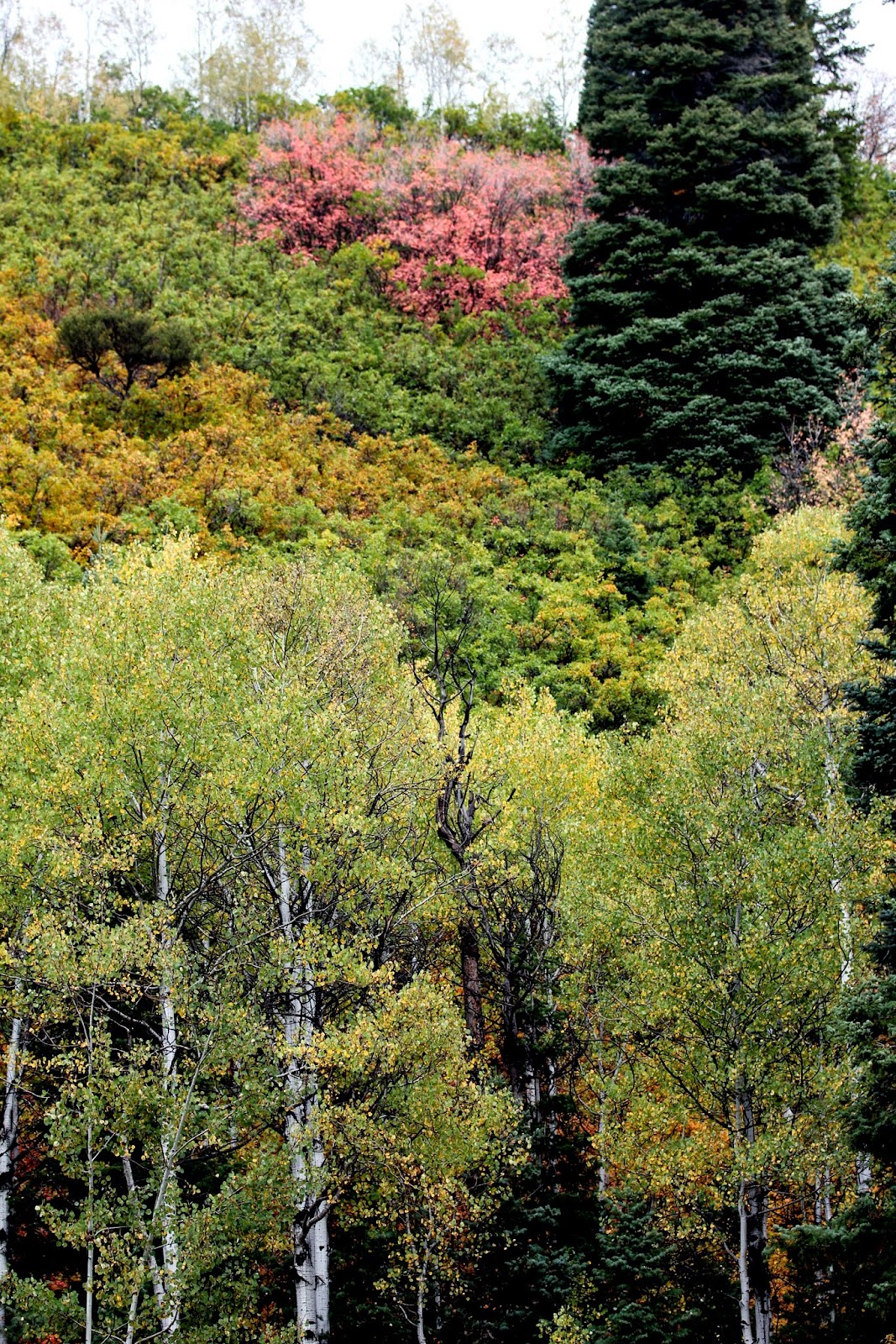 Rain had come and gone and now it was time to check out the local canyons for fall colors. 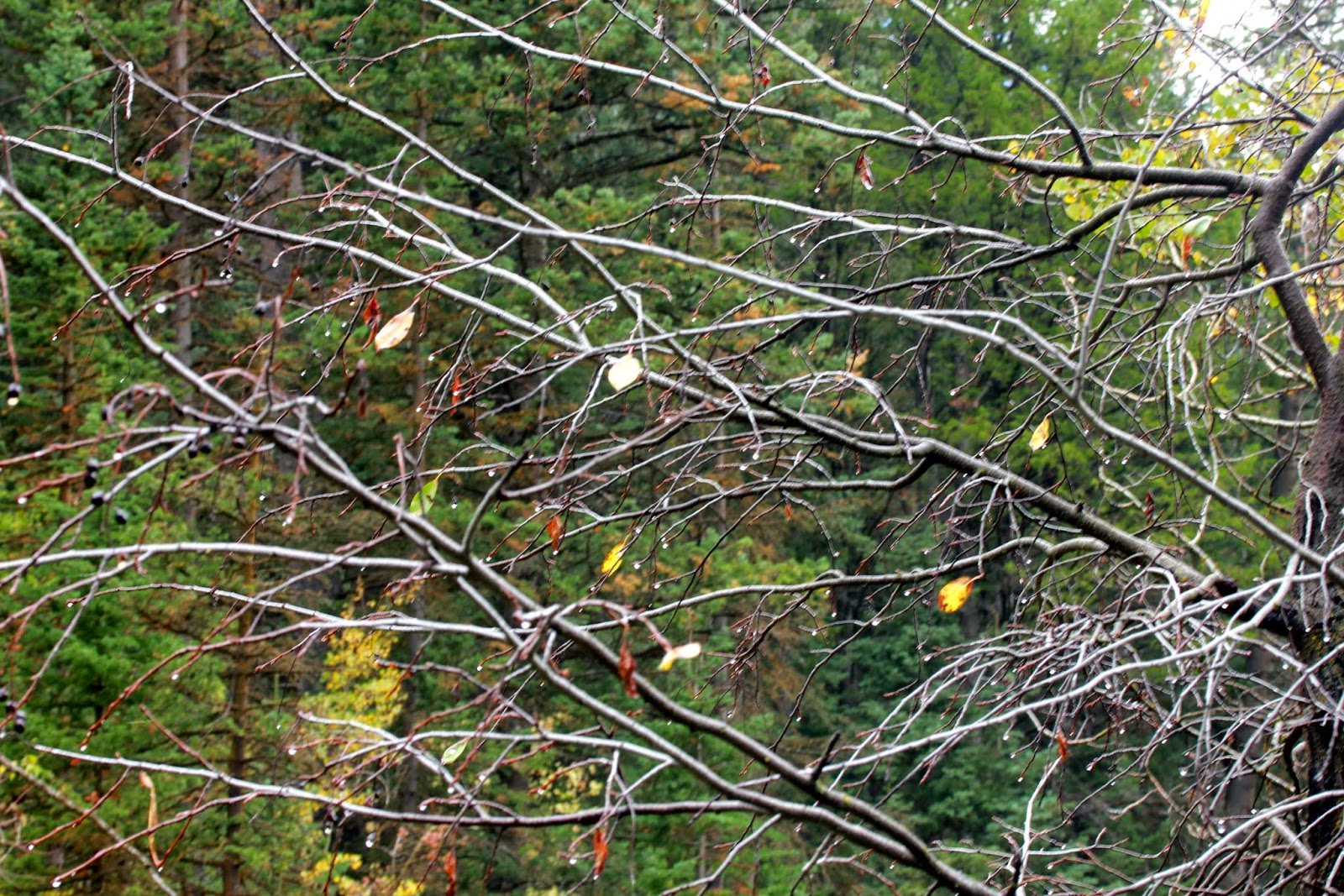 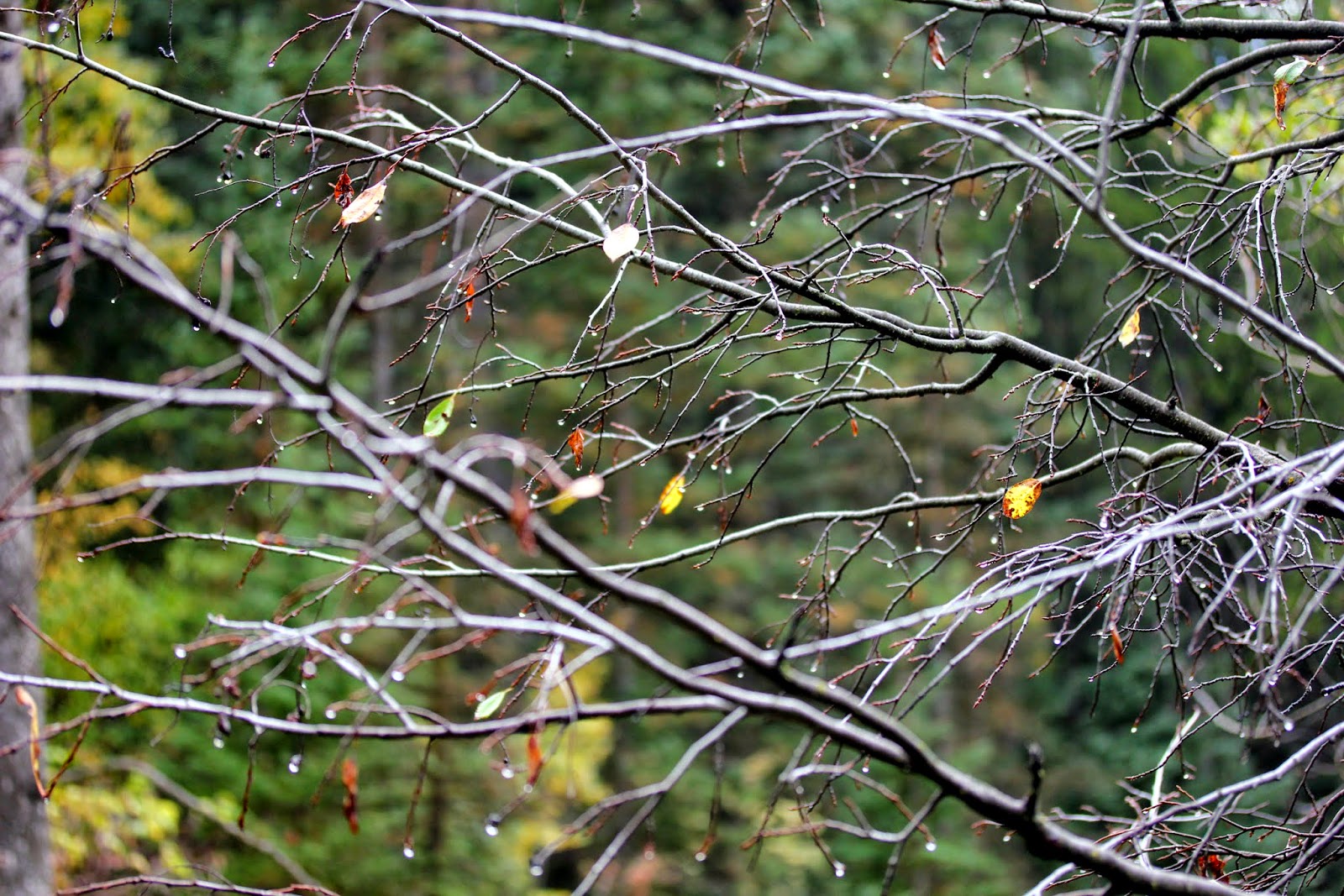 The rain had intensified the smell of autumn leaves in the air. 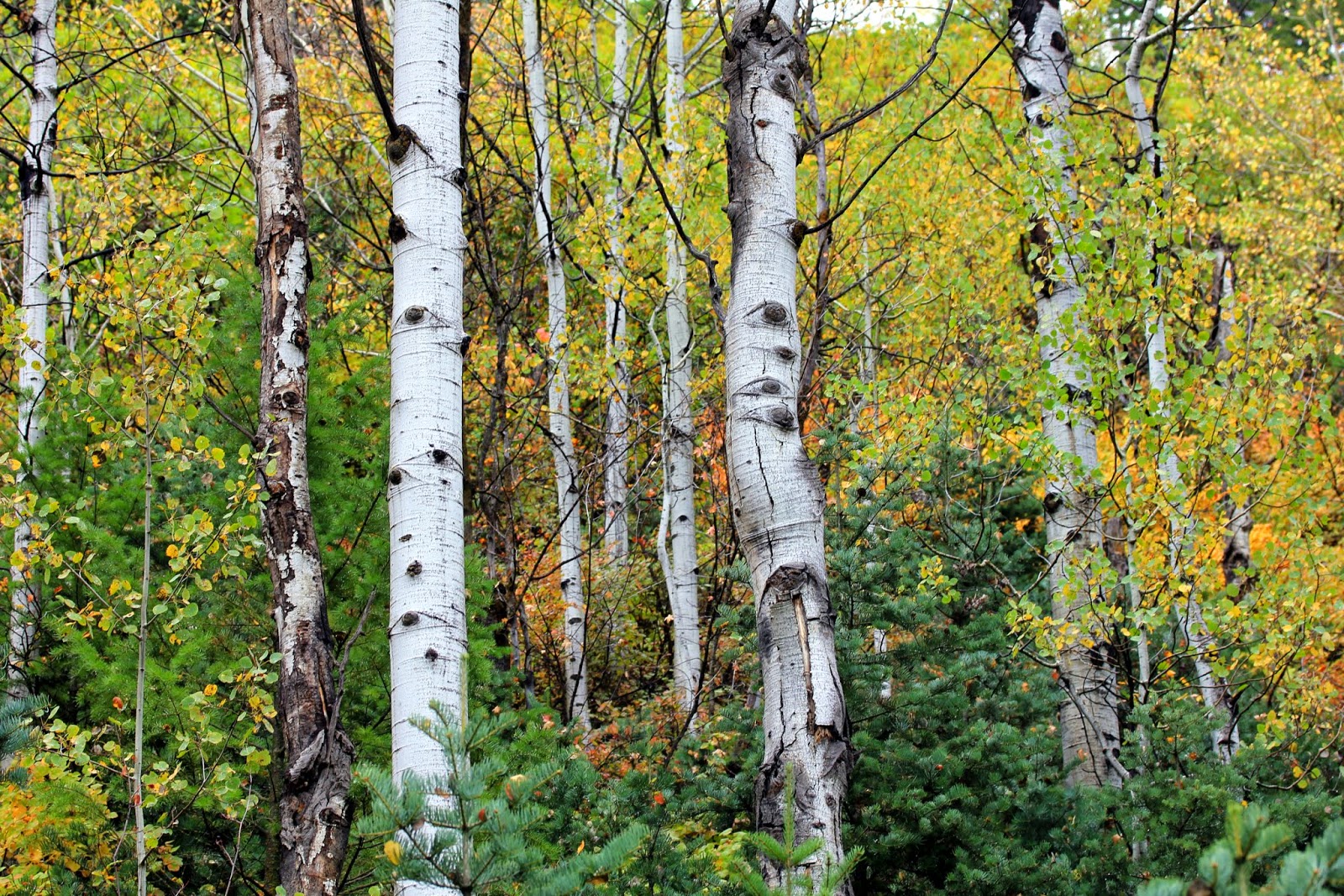 I still claim it is impossible to take a bad picture of aspen. 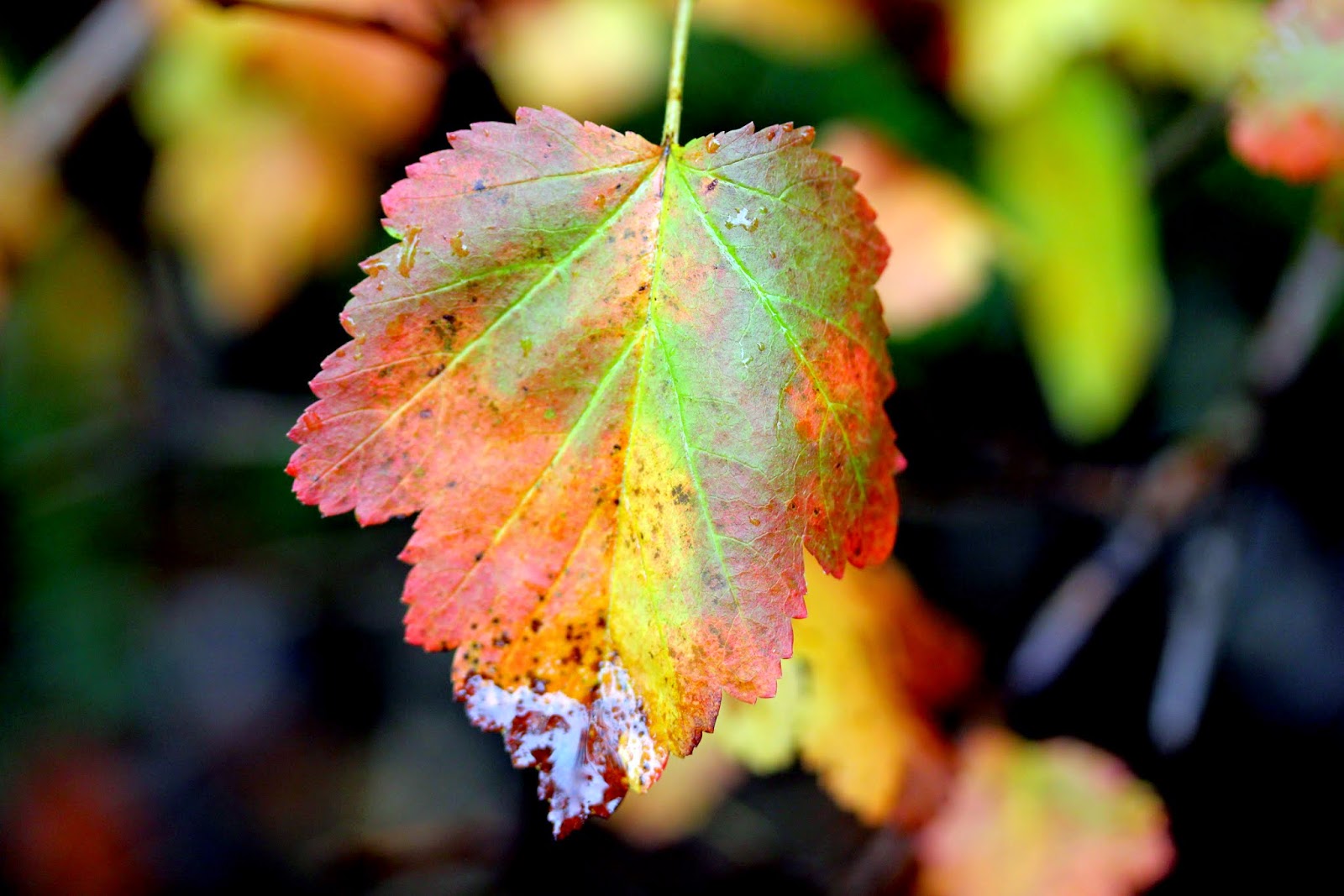 A close up photo of a single leaf sporting all the colors of autumn, with a tip silvered with rainy  droplet remains. 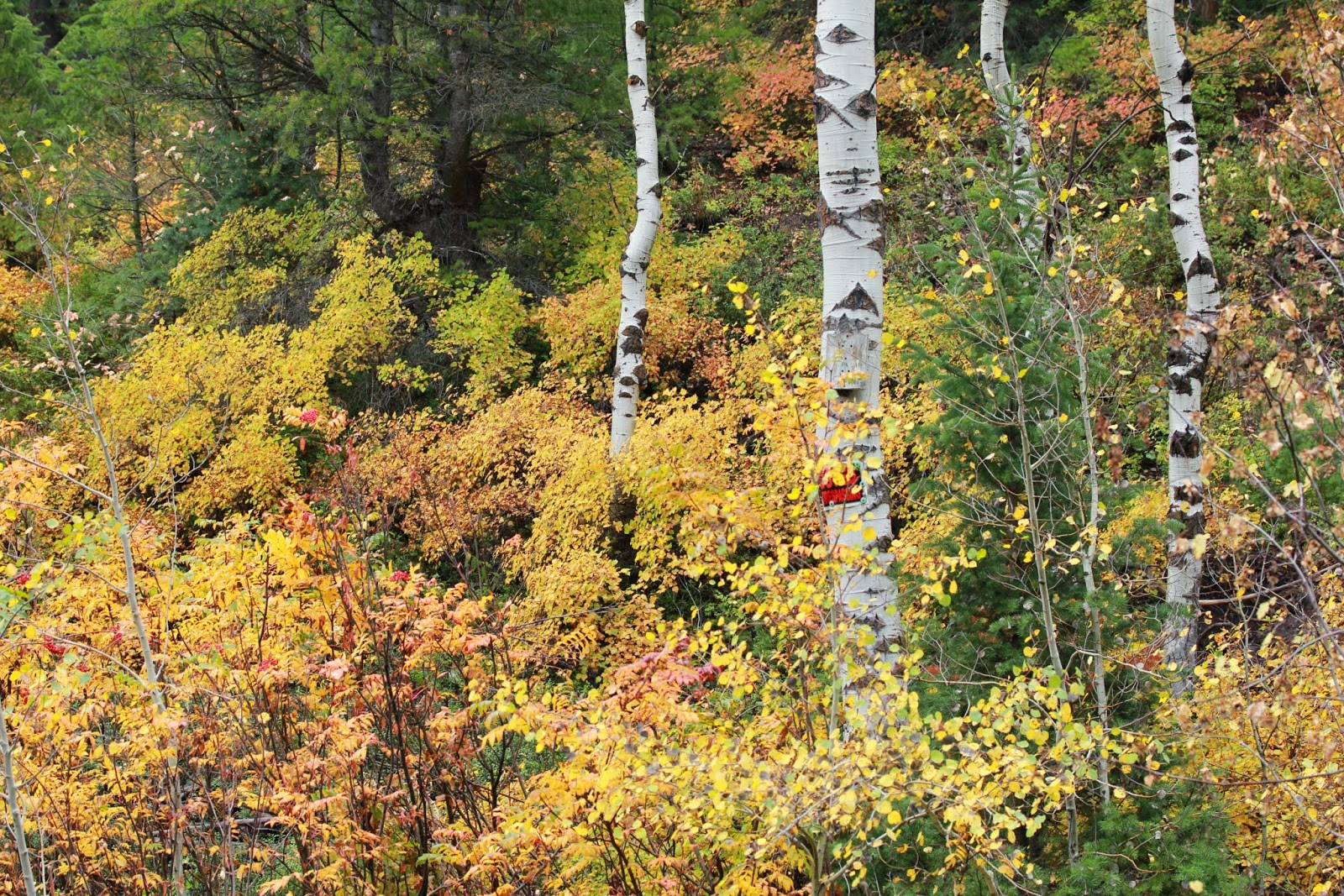 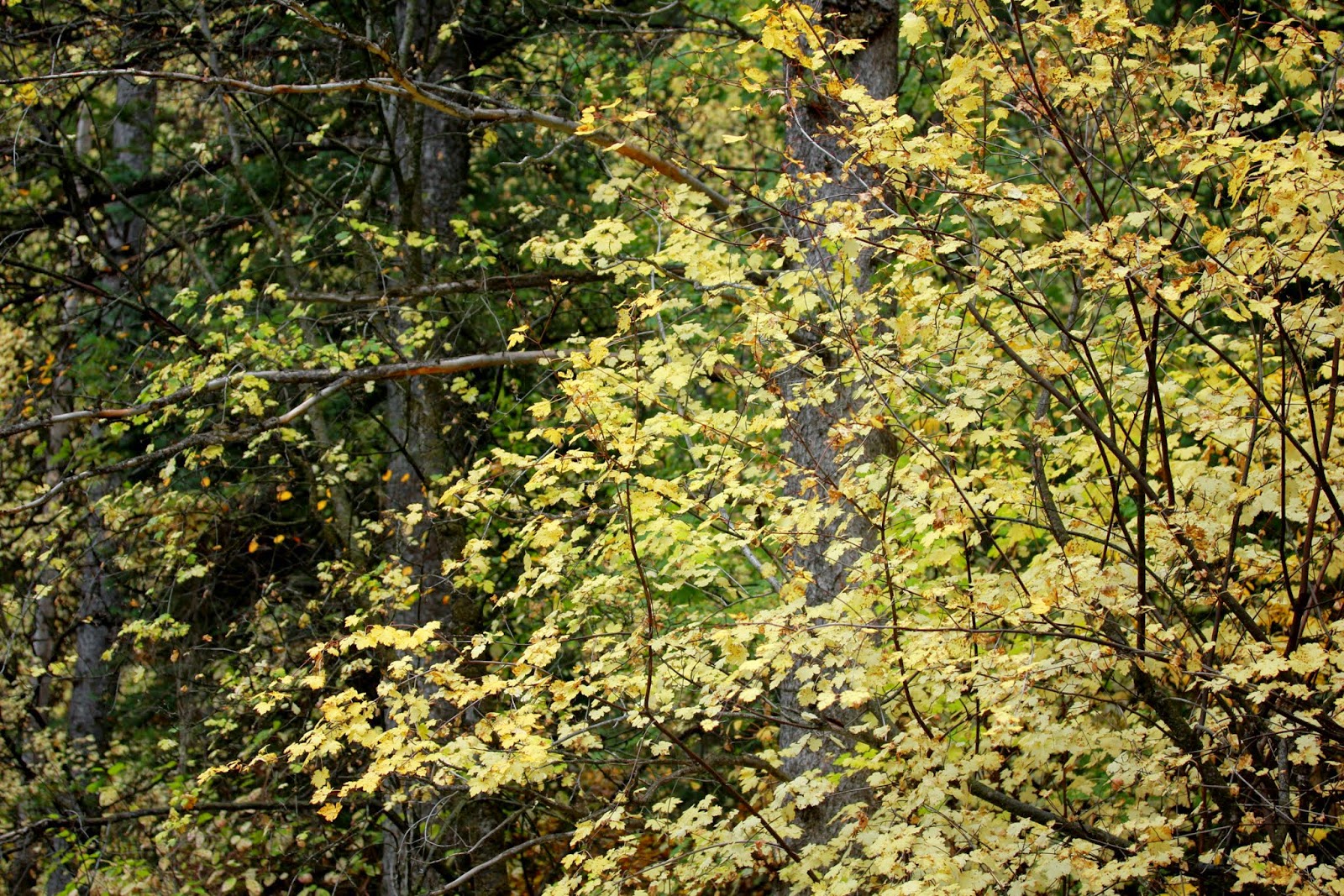 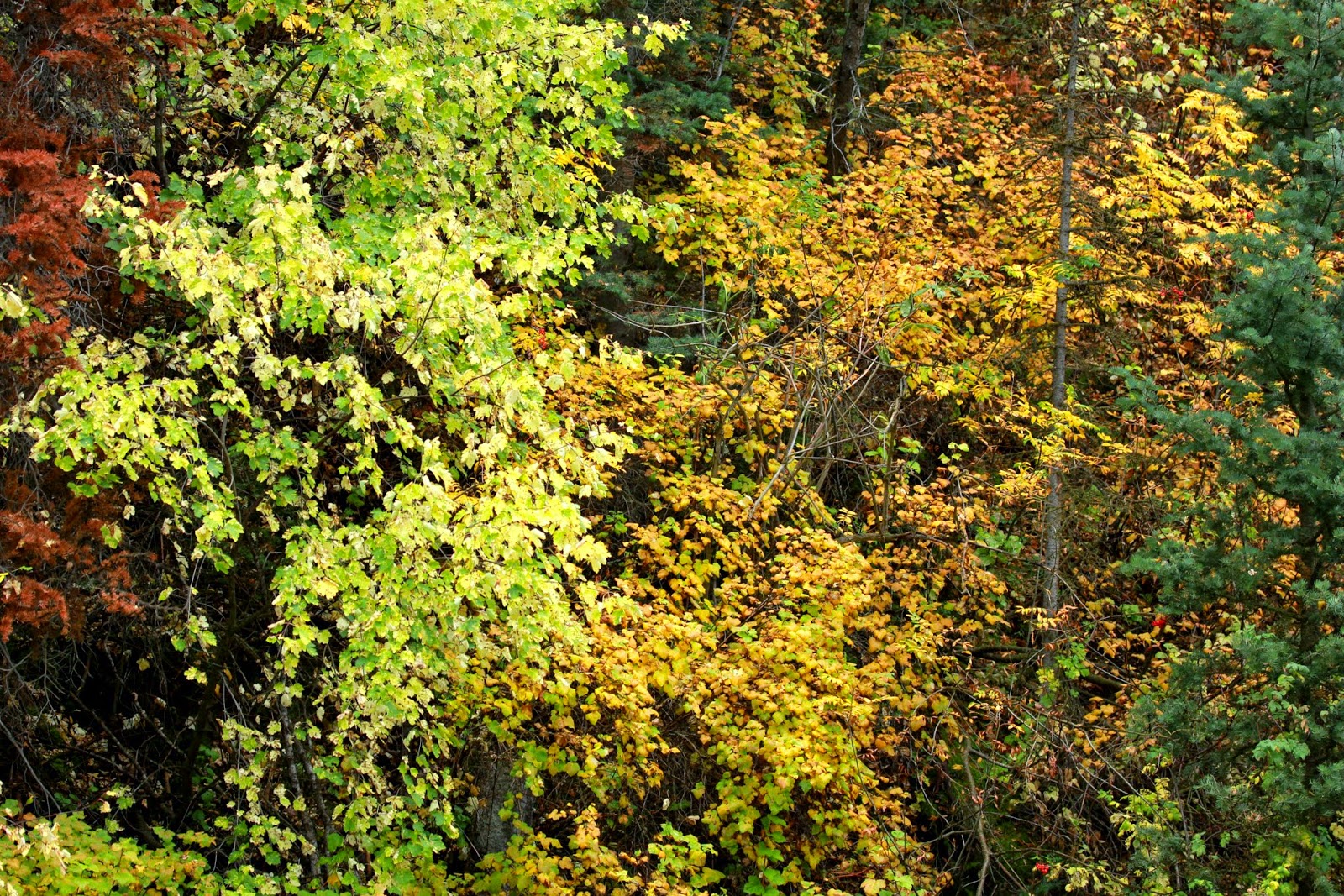 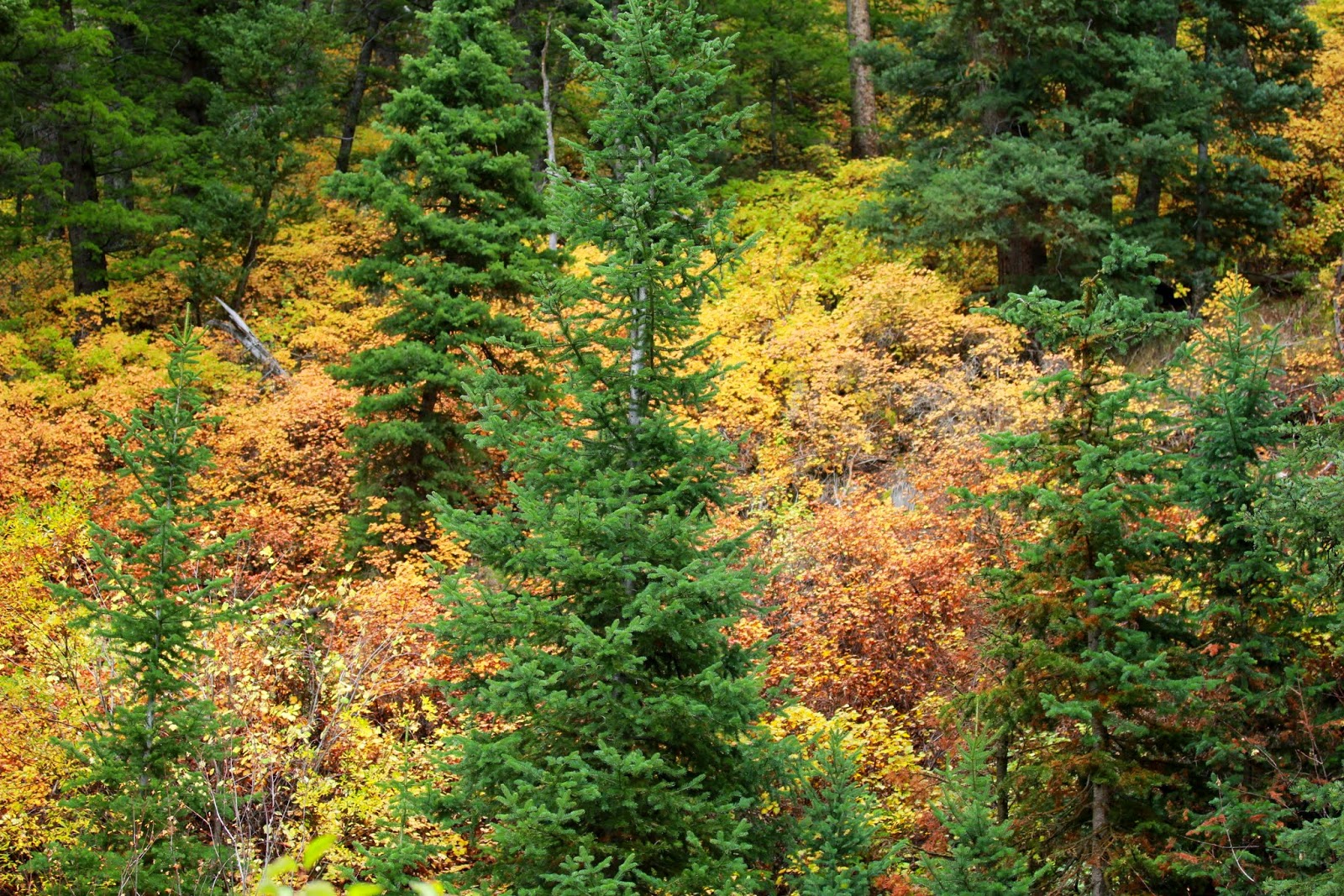 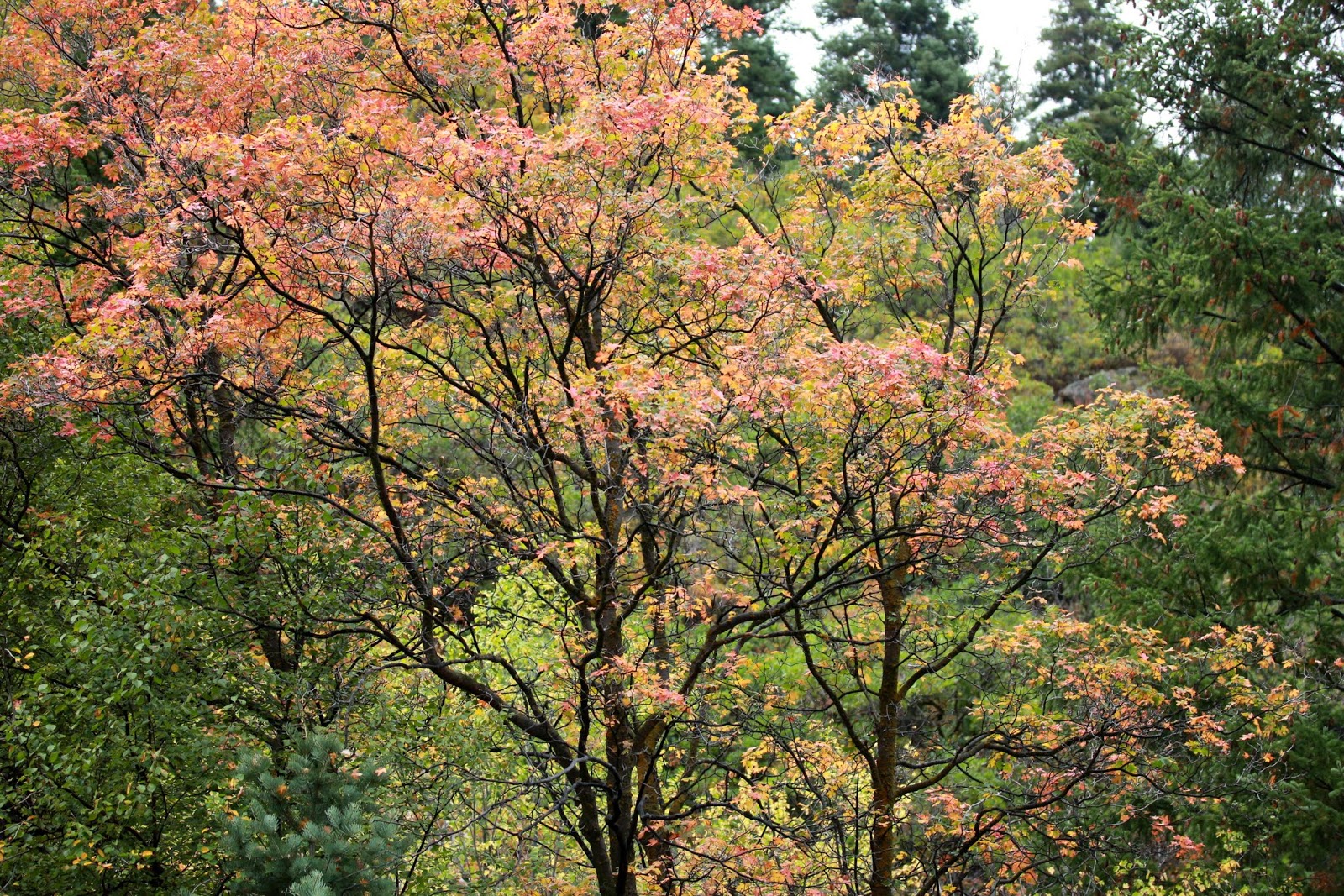 Lamb's Canyon was not at its peak...another visit will be had soon.
Last year I saw a moose there.
Wonder what I might find this year?
A bob cat has been sighted and removed from a school in my neighborhood and a cougar from Jeff's neighborhood.
This is unusual for our area.
I wonder why our wild cats are prowling in civilization rather than sticking to their usual wilderness? 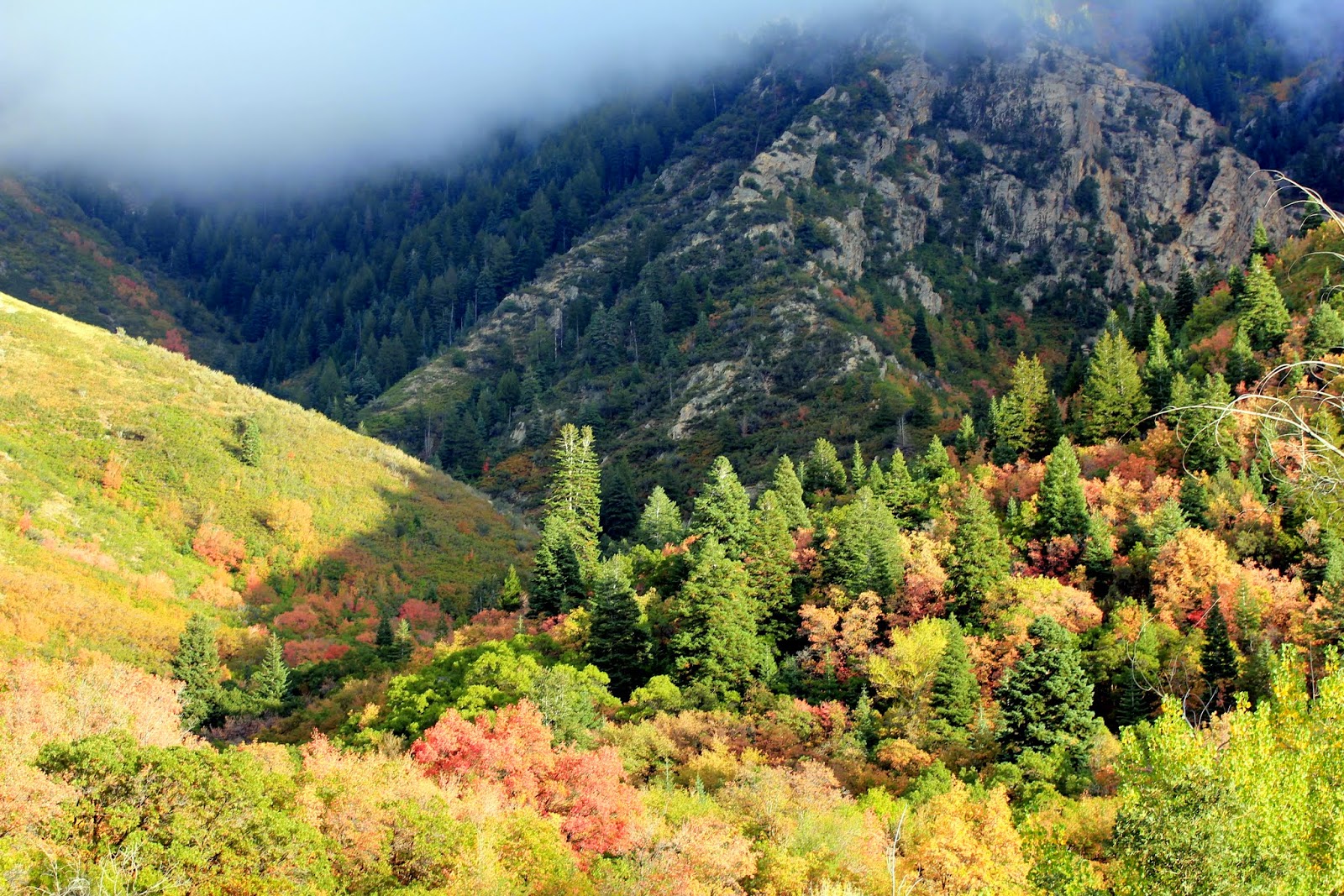 Two miles up the road from my house: Neff's Canyon is colored up nicely.
With the low hanging clouds I have a mind that is both here in Utah and also in the Scottish highlands. 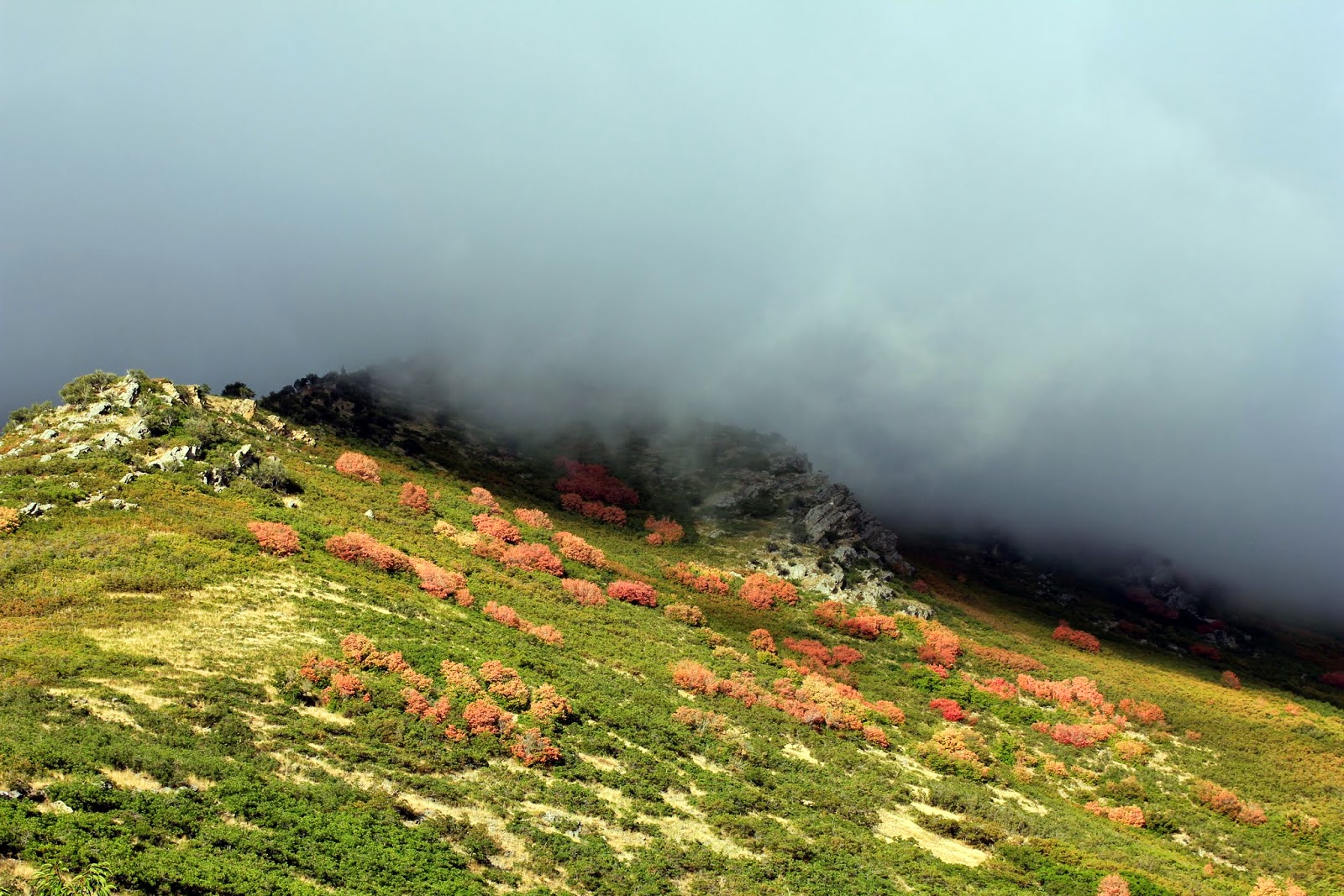 Blame the mixed mental geography on the television series "Outlander" with its richly filmed out doors scenes and lush costuming from both  the 1940s and 1740s. 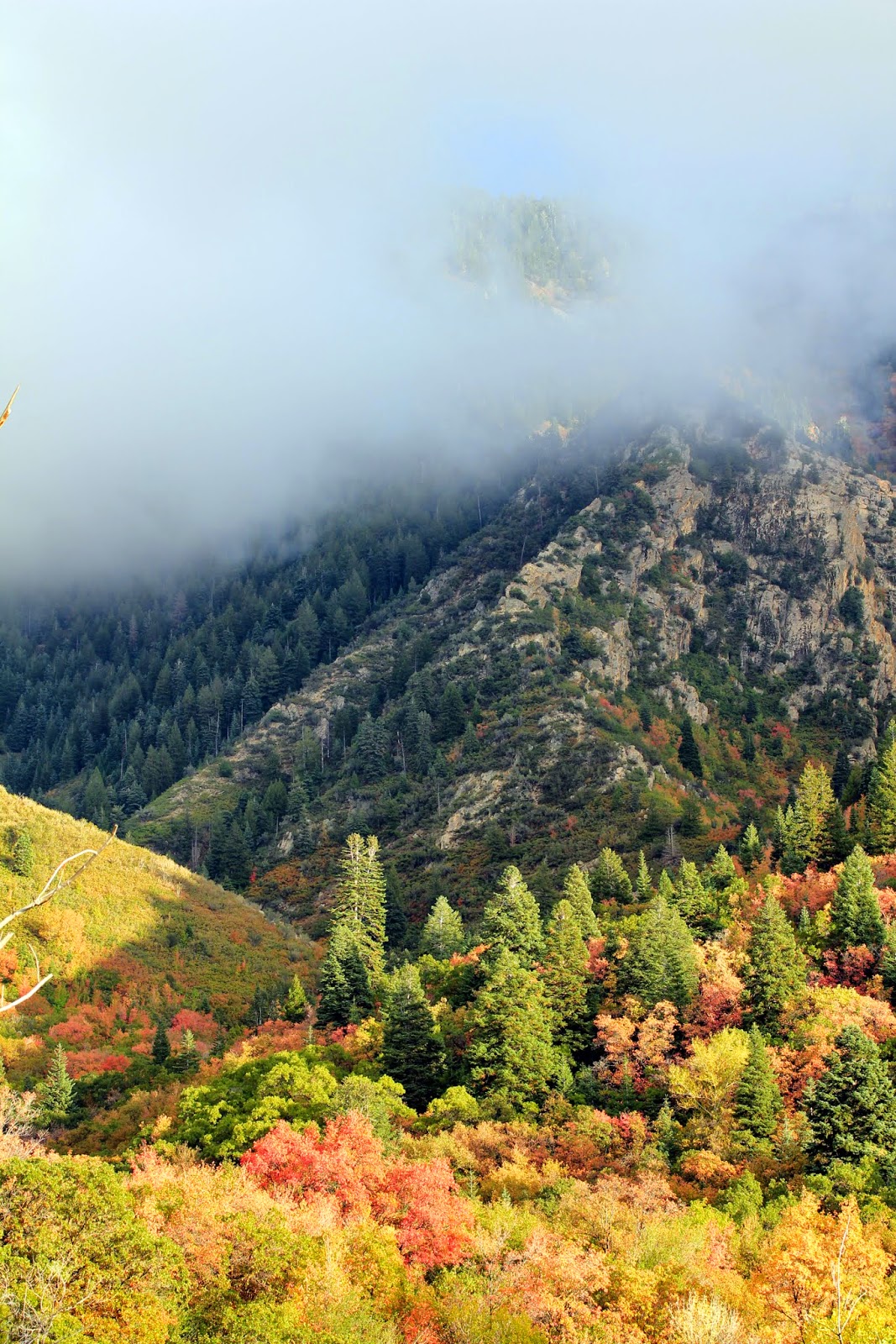 Jamie and Claire...tartans and horses.
Claire and Frank....fedoras and vintage cars.
The fall colors provided a splendid backdrop to both fictional stories. 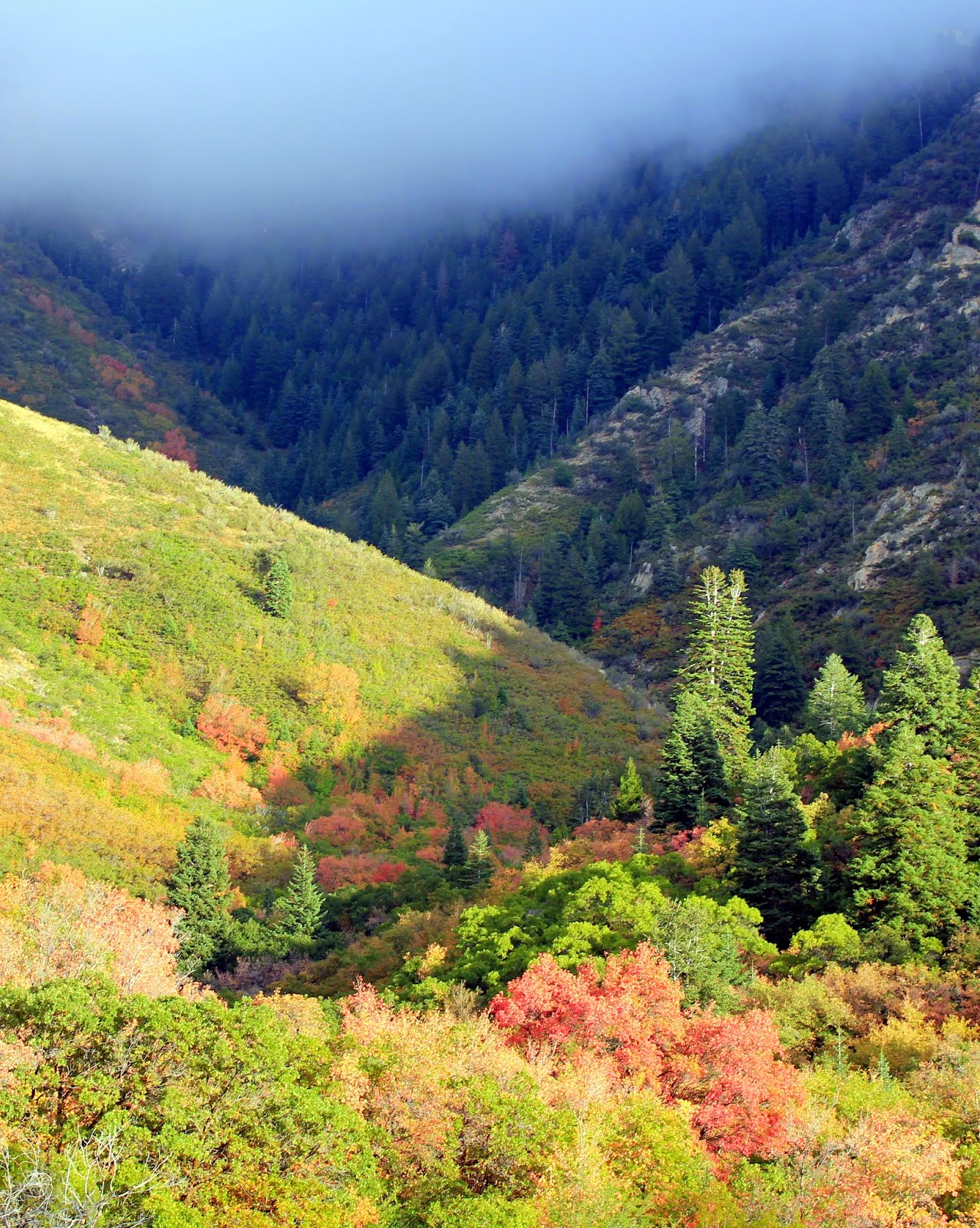 I take picture after picture while my mind provides background music:
"Sing me a song of a lass that is gone.
Say could that lass be I...." 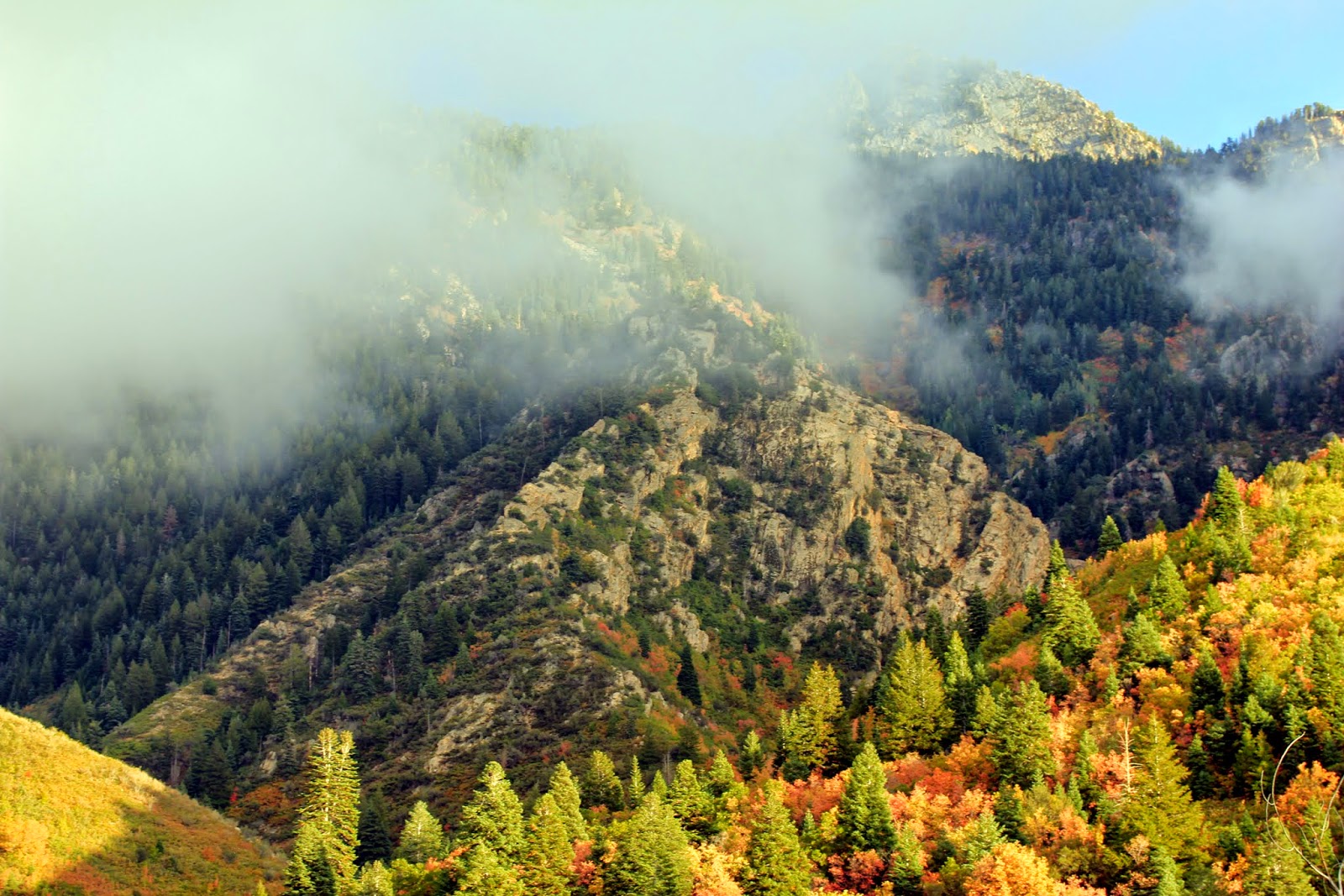 Years ago I had read the Outlander books along with my daughter and mother-in-law.
In 2005 we three went to Scotland and visited Culloden where the Outlander series story line eventually lead.
We picked a restaurant there by chance, and were delighted to discover we were eating in the town which clan Fraser's (the main character's name) called home.
One of those memorable moments that will always be treasured. 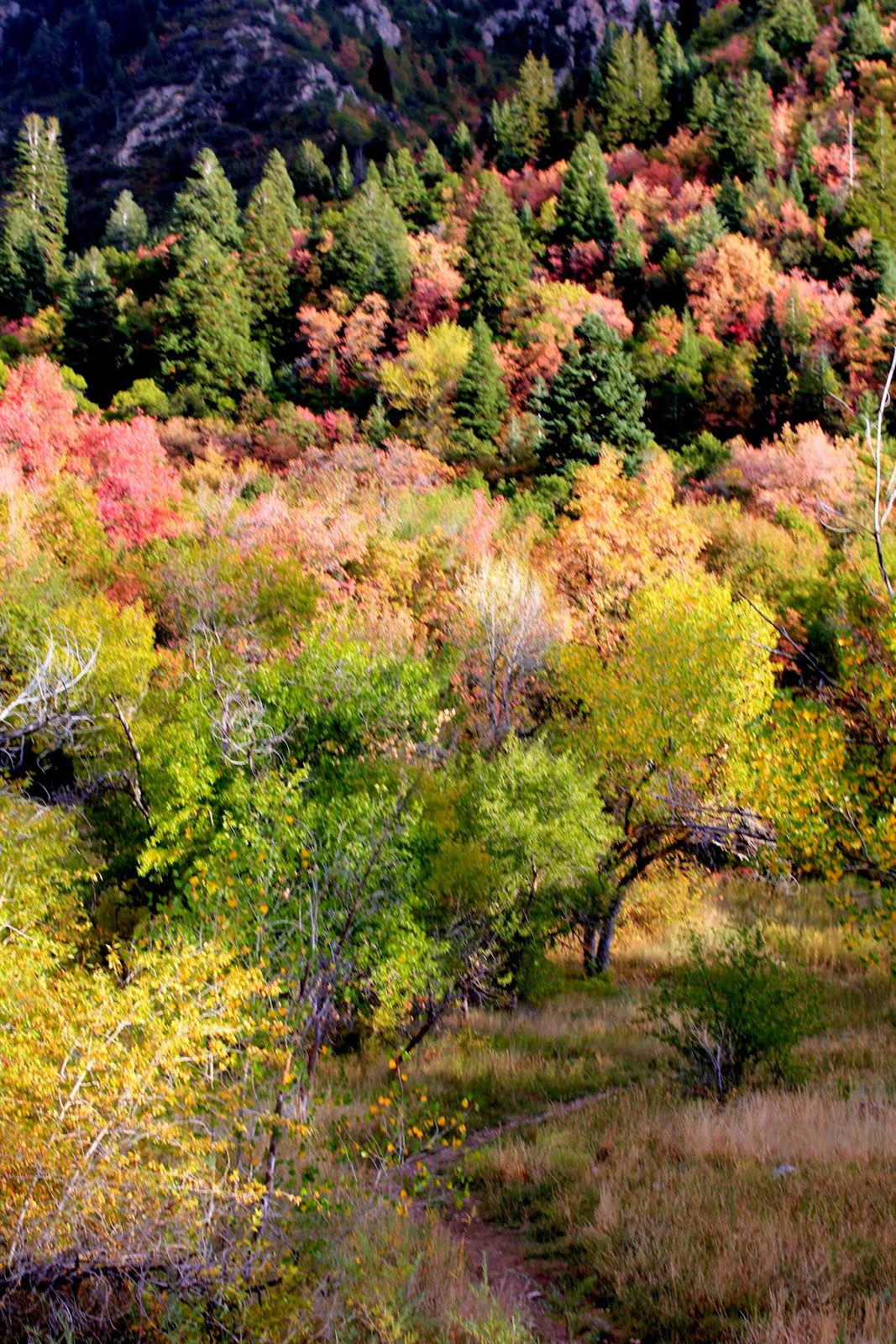 Funny how one's mind actually can be in two places at once; Neff's Canyon, and Scotland as I remember it.
Or three settings, if I count the book/series setting too. 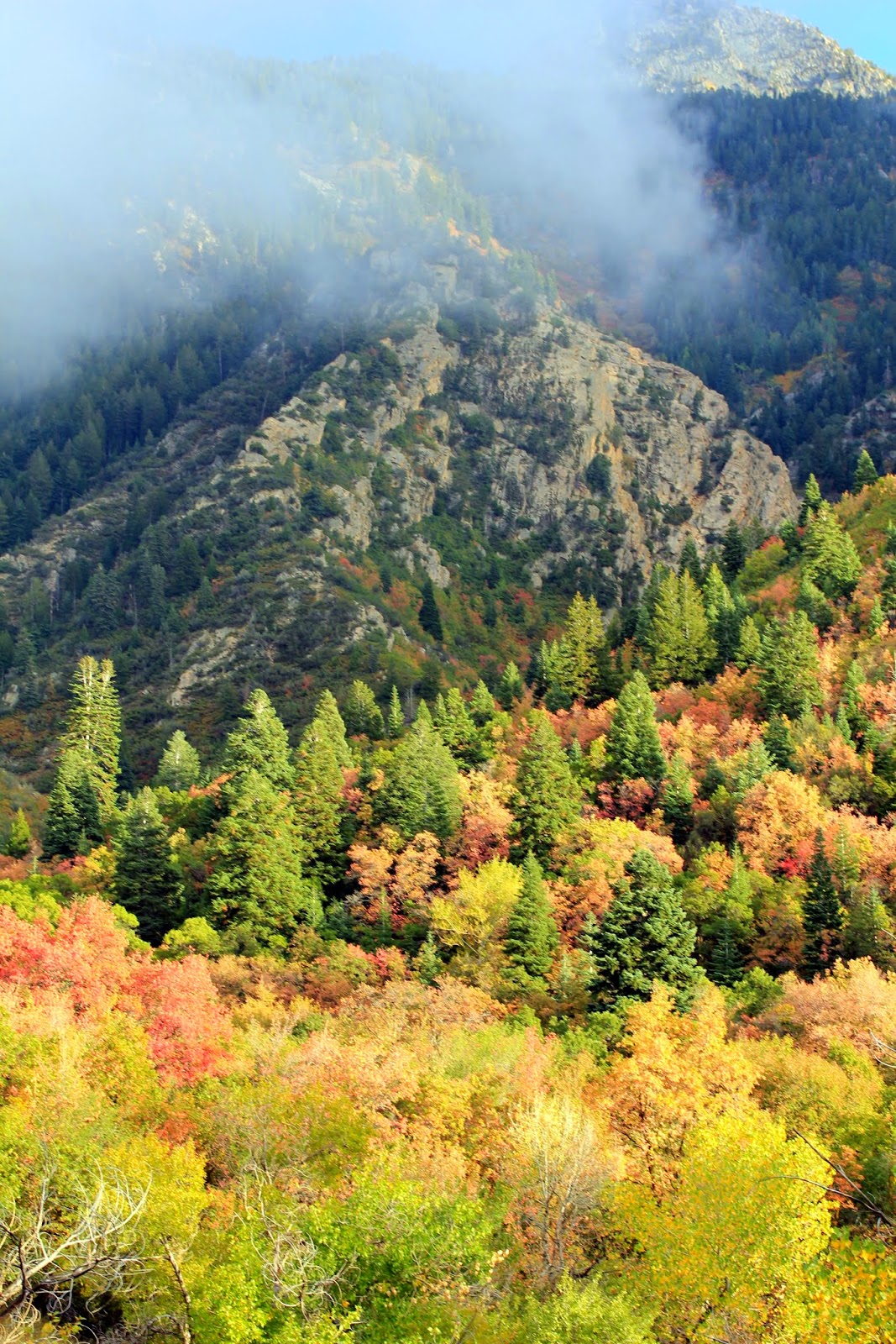 Clouds veiling fall colors is such a delight. 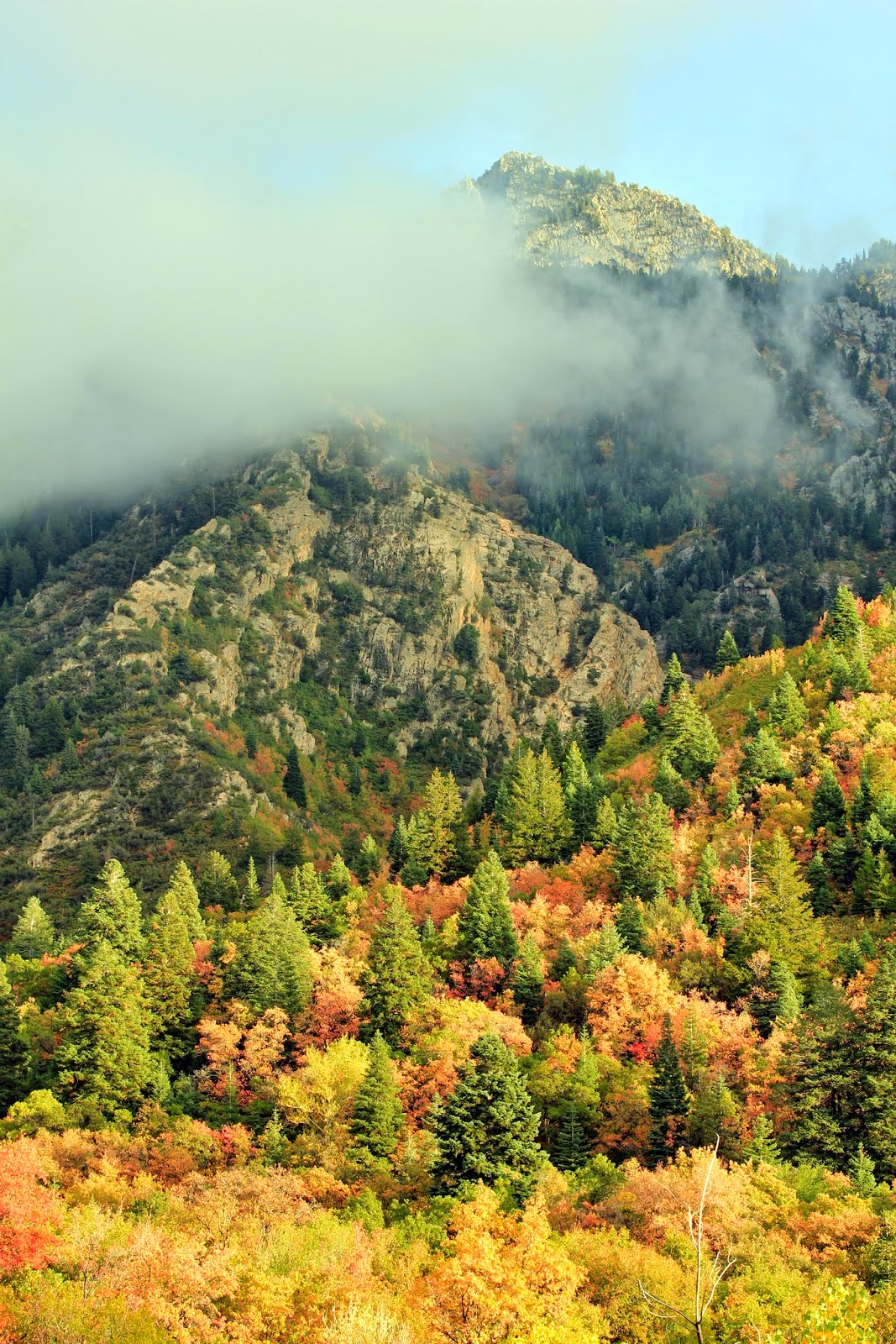 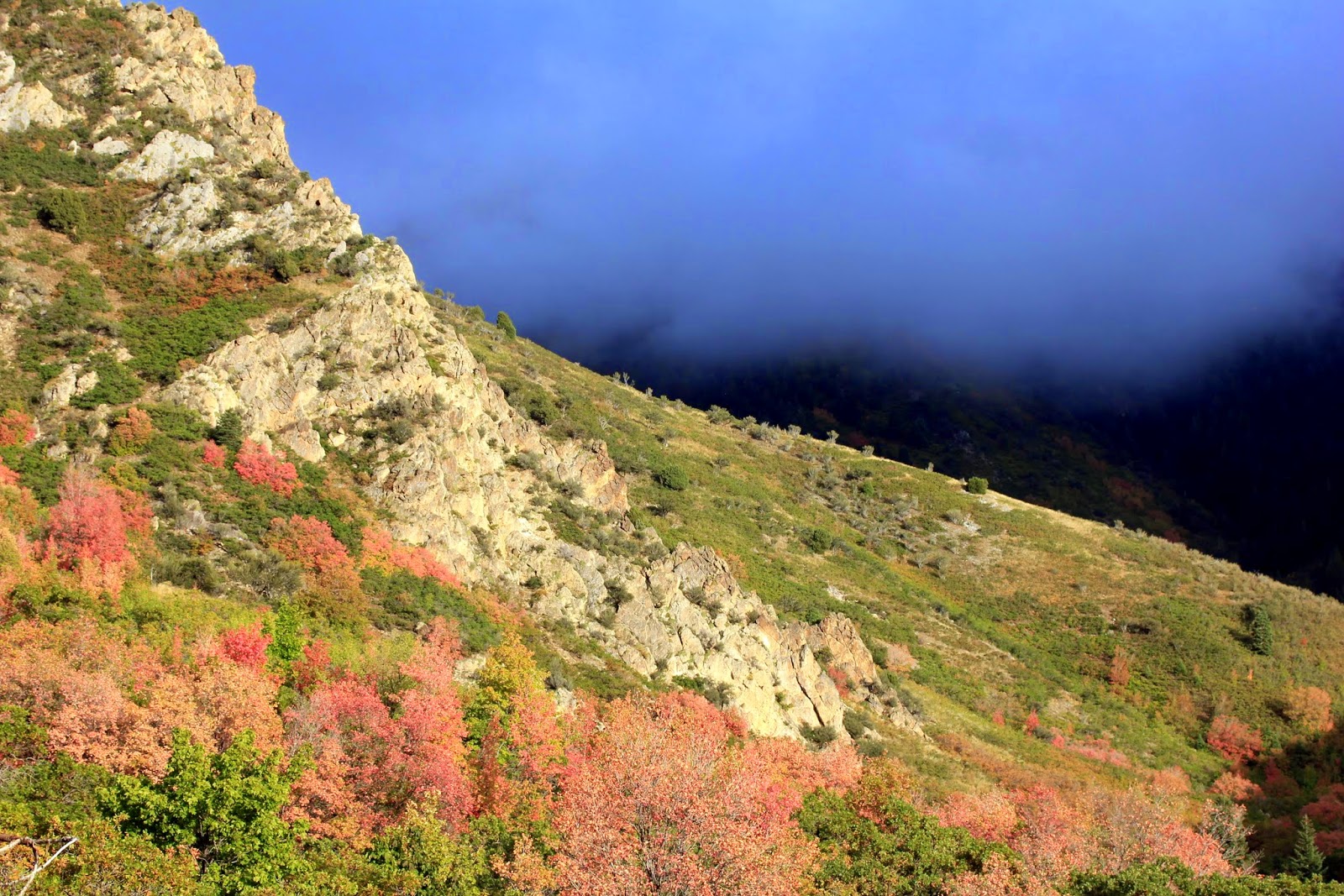 (Can't you just picture Highlanders coming over that ridge?) 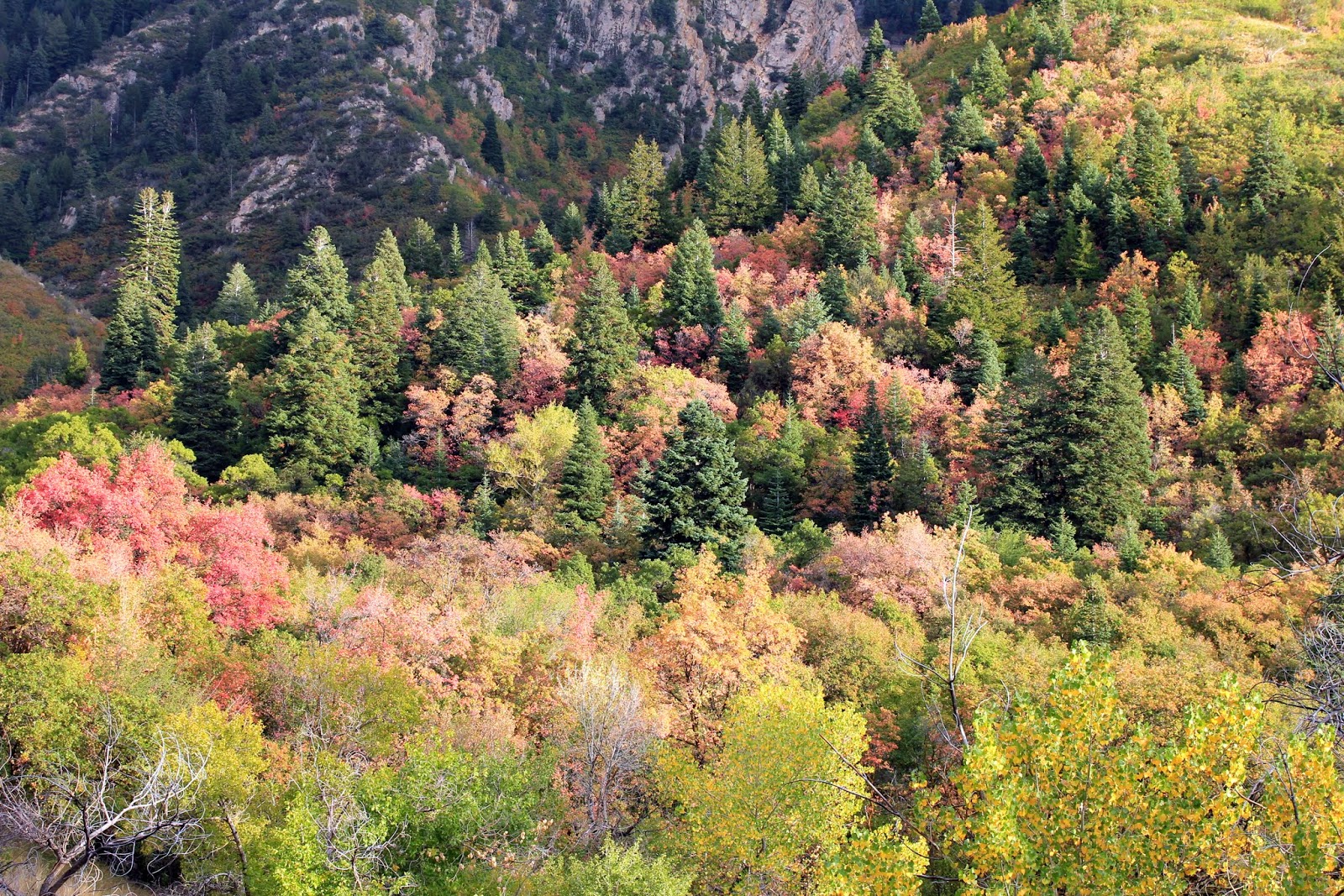 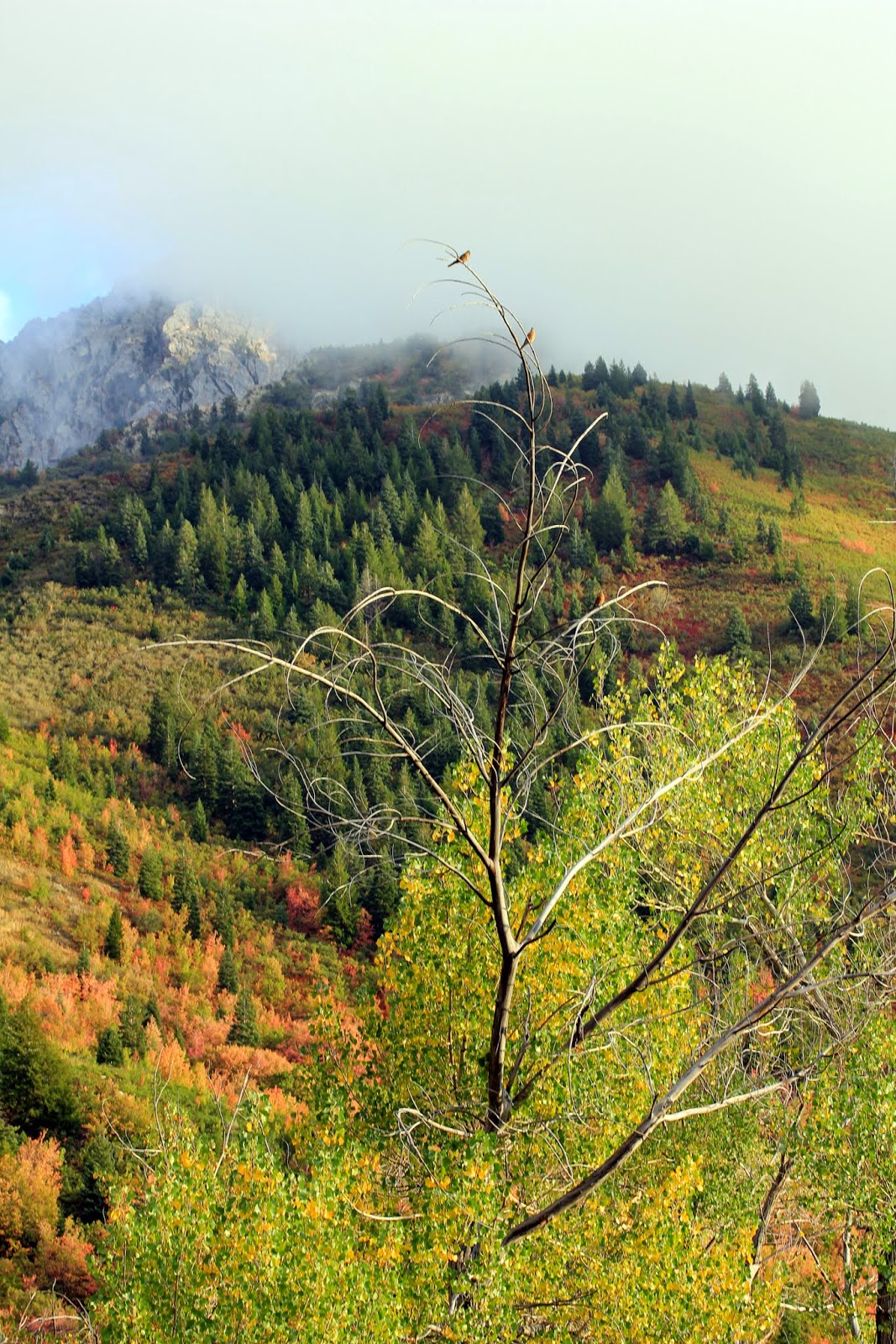 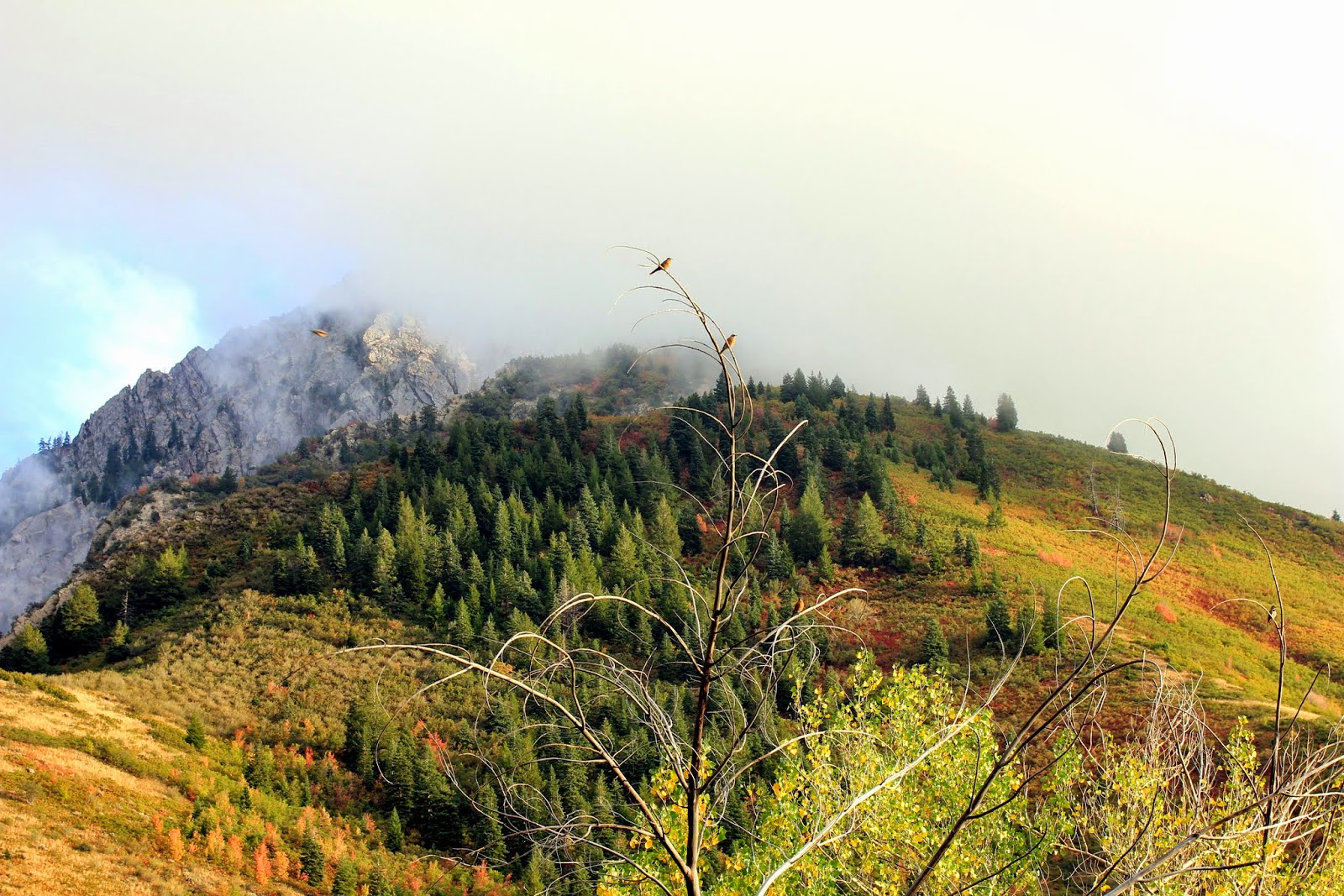 The snow dusted mountains in the distance and birds alighting on the bare trees.
Bliss. 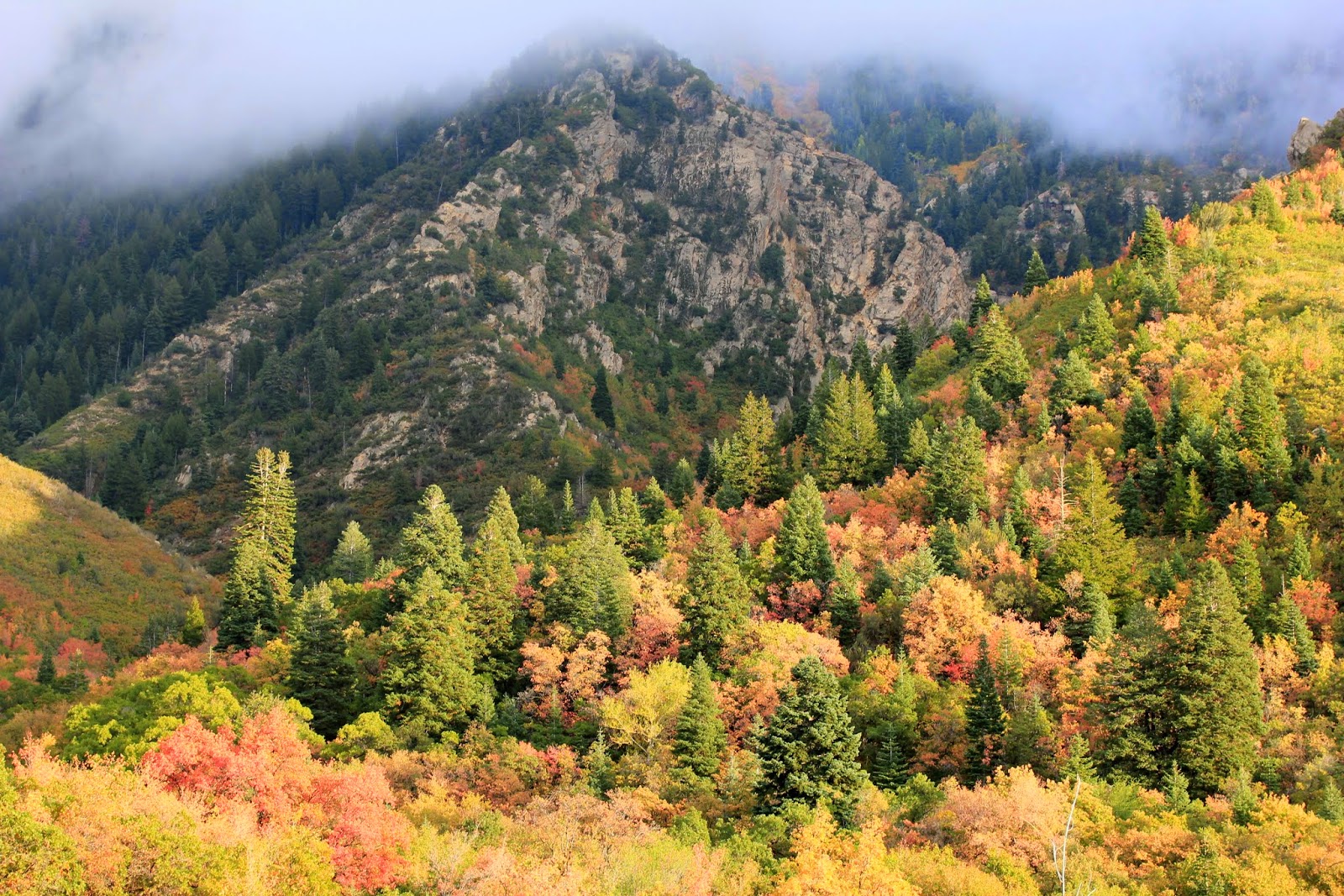 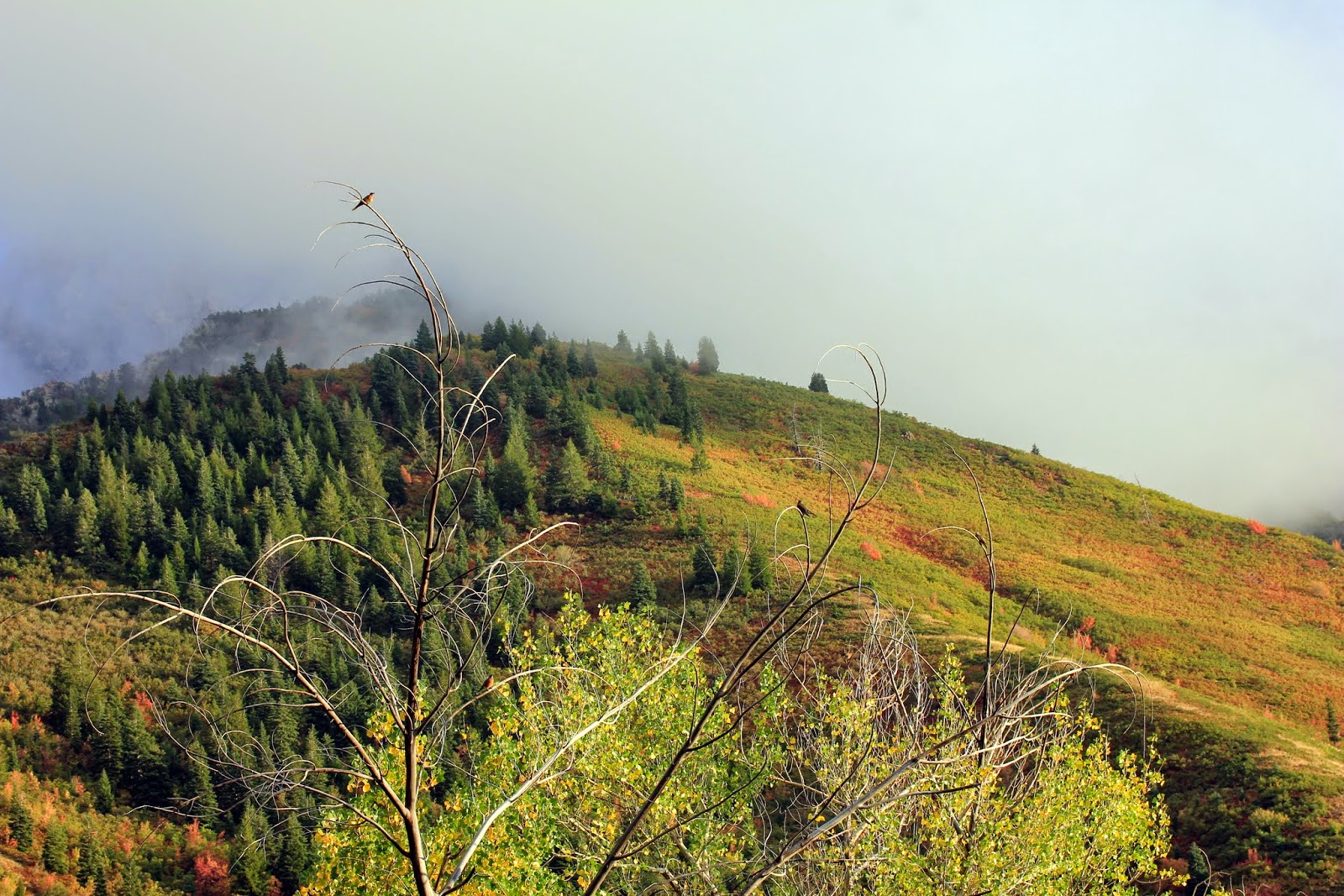 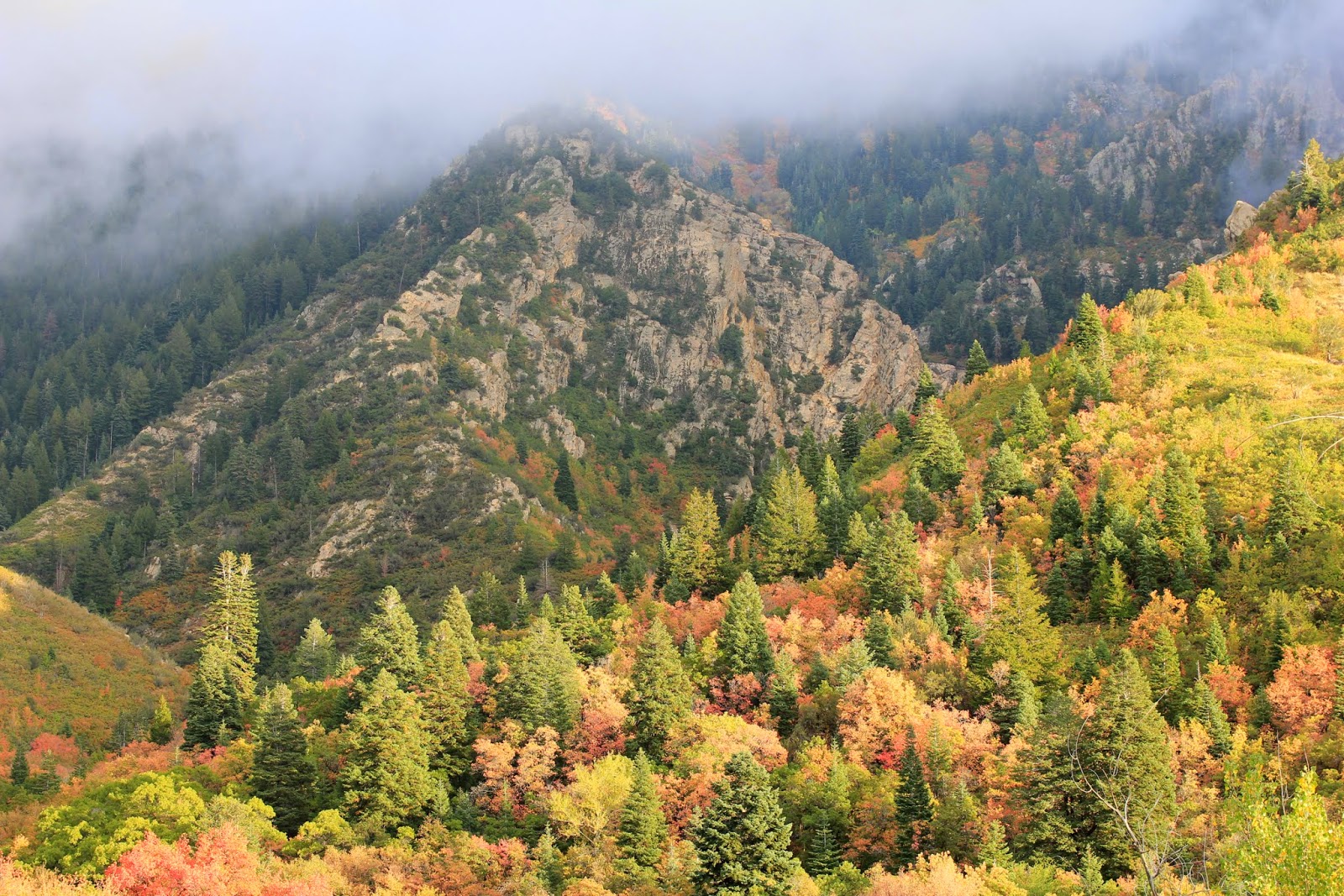 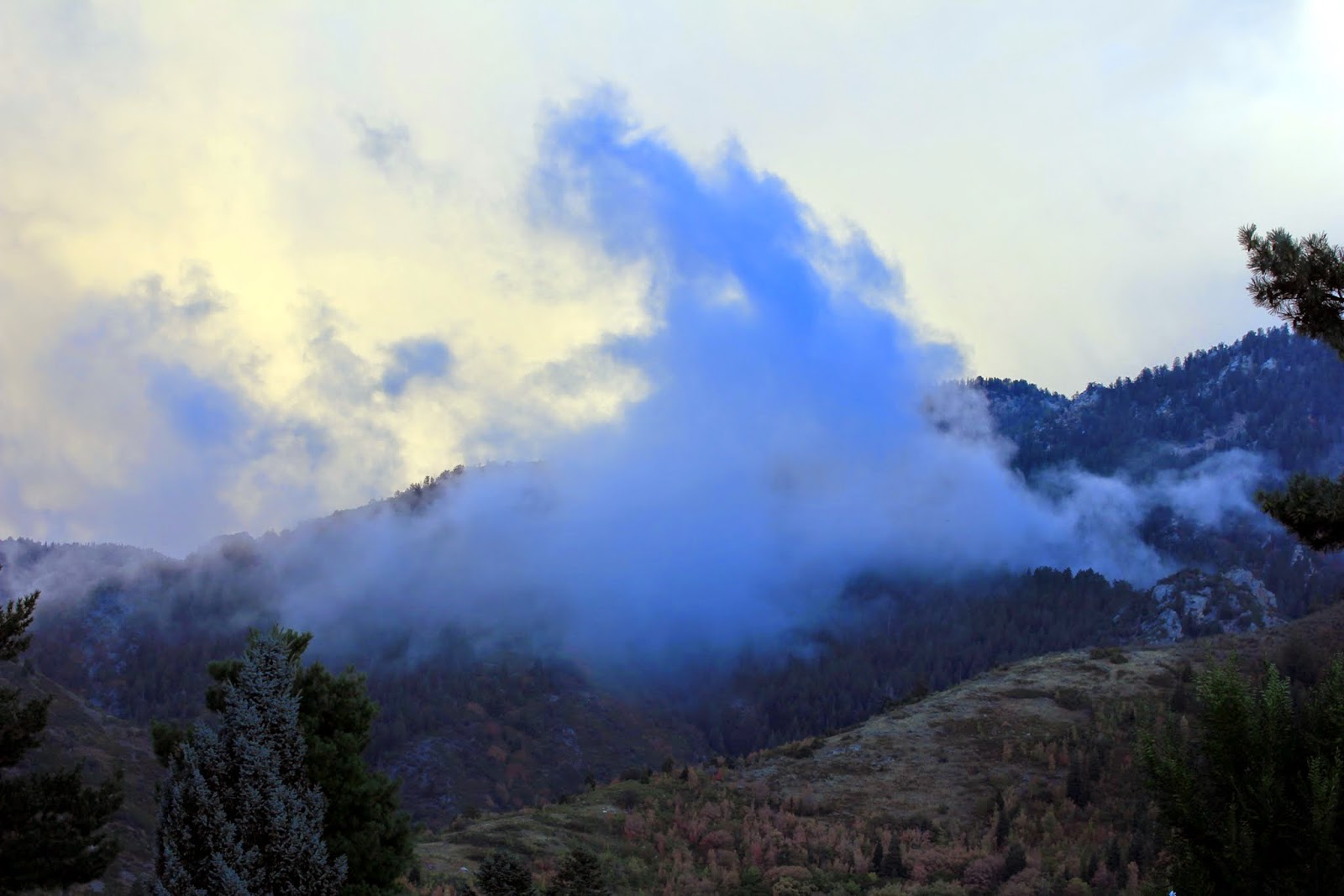 Just sharing my world with you.

Posted by Thoughts on Life and Millinery. at 10:19 AM

And a beautiful world it is! Thanks for sharing...

So beautiful! I'm glad you've got the accompanying music playing in your head.