First there was a rainbow.... 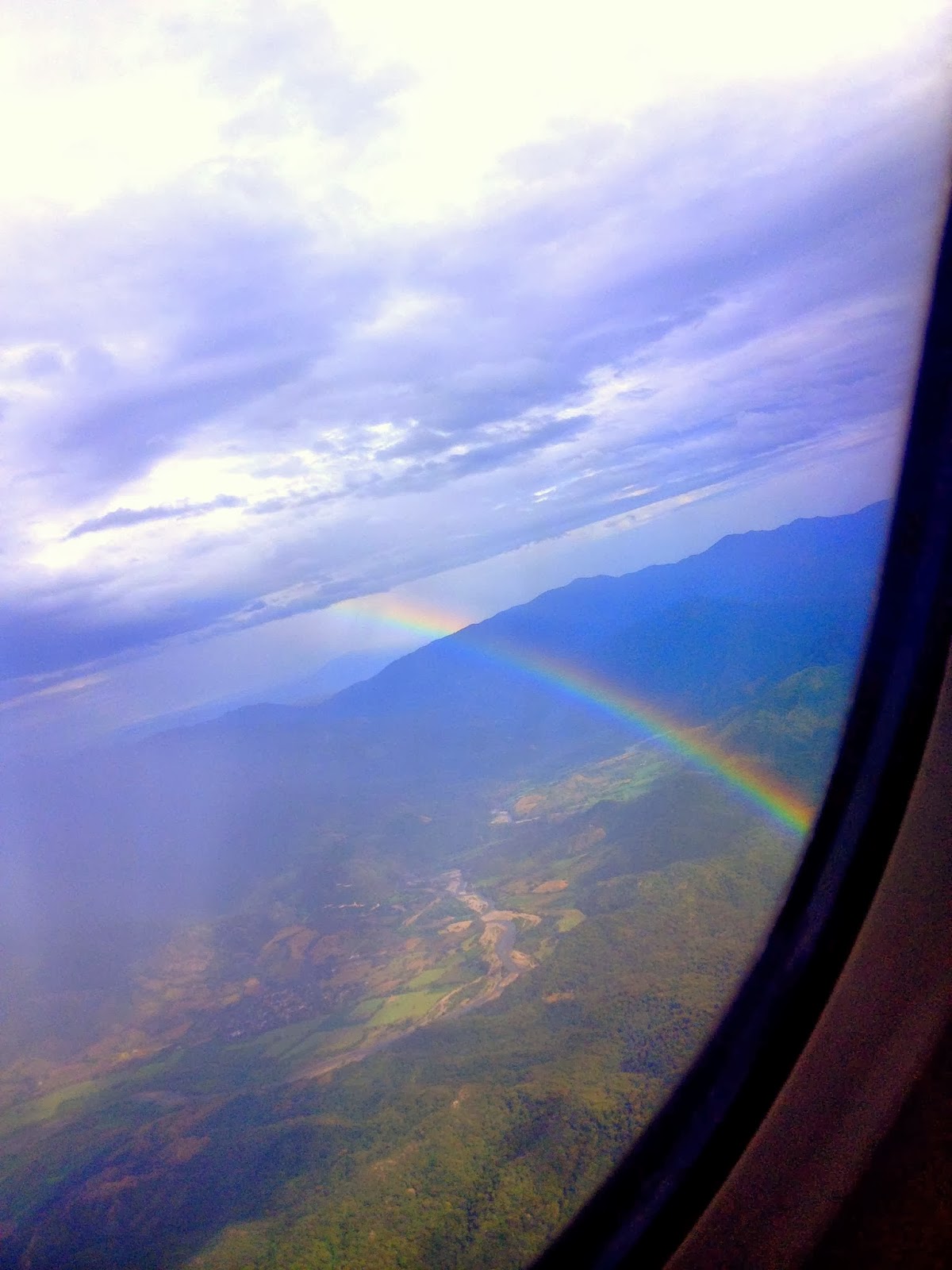 Now all us good little Sunday School attending kids know that first there was a flood and THEN there was a rainbow.
Remember how our trip to Puerto Vallarta began with a rainbow viewed from the plane?
So pretty!
We had such a great week in Mexico.
When it was all over and we had just landed in Salt Lake, Bernie called our son to say we were going to grab our luggage and he could pick us up at the airport curb.
He had some bad news for us:
We had had a flood. 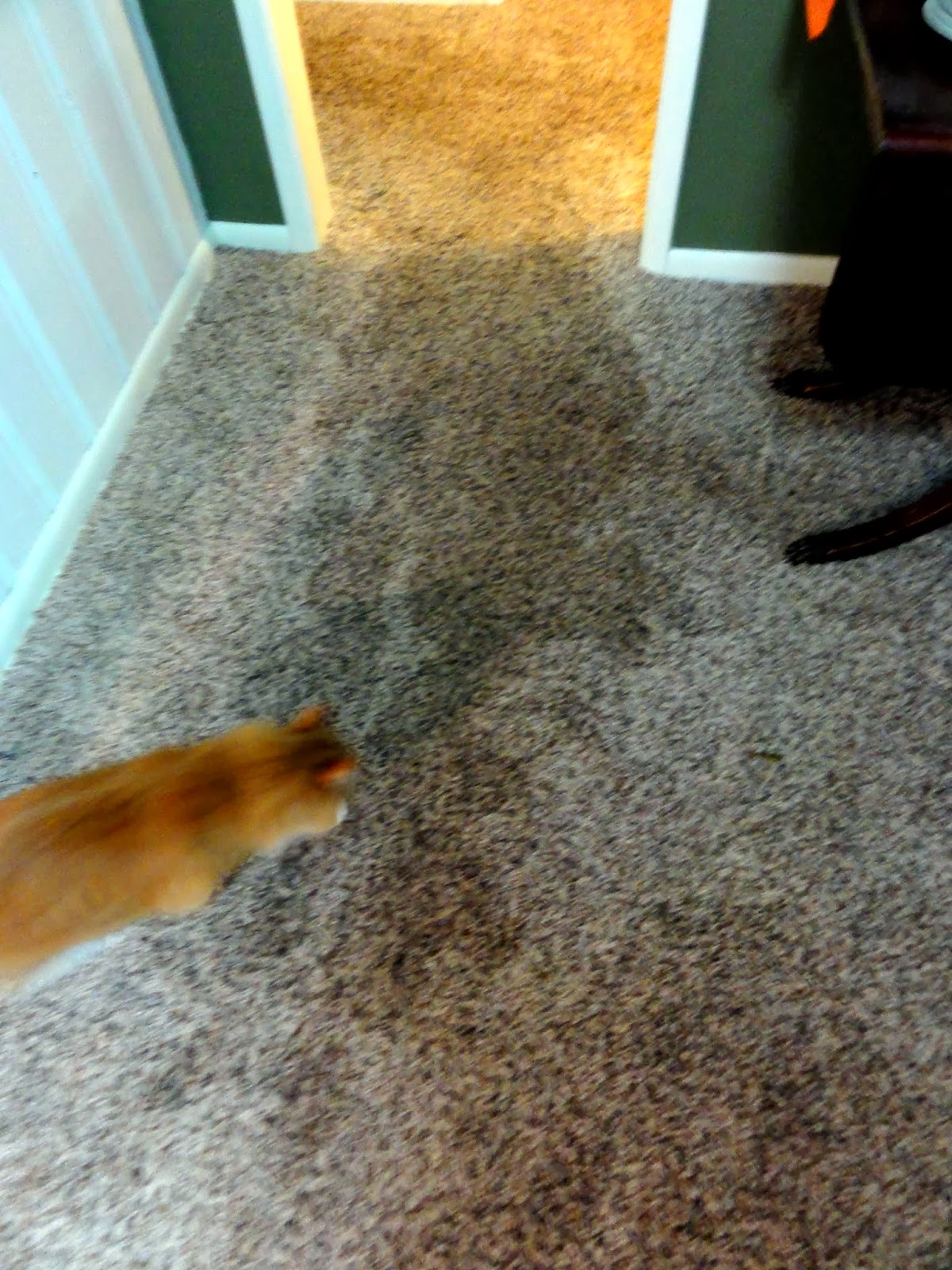 Isn't that totally backwards?
First we get a rainbow and then we get a flood?
While we were gone, our basement flooded.
Jeff had come over to feed the cats that morning and when he went downstairs to check the litter box, he felt his foot go squish. 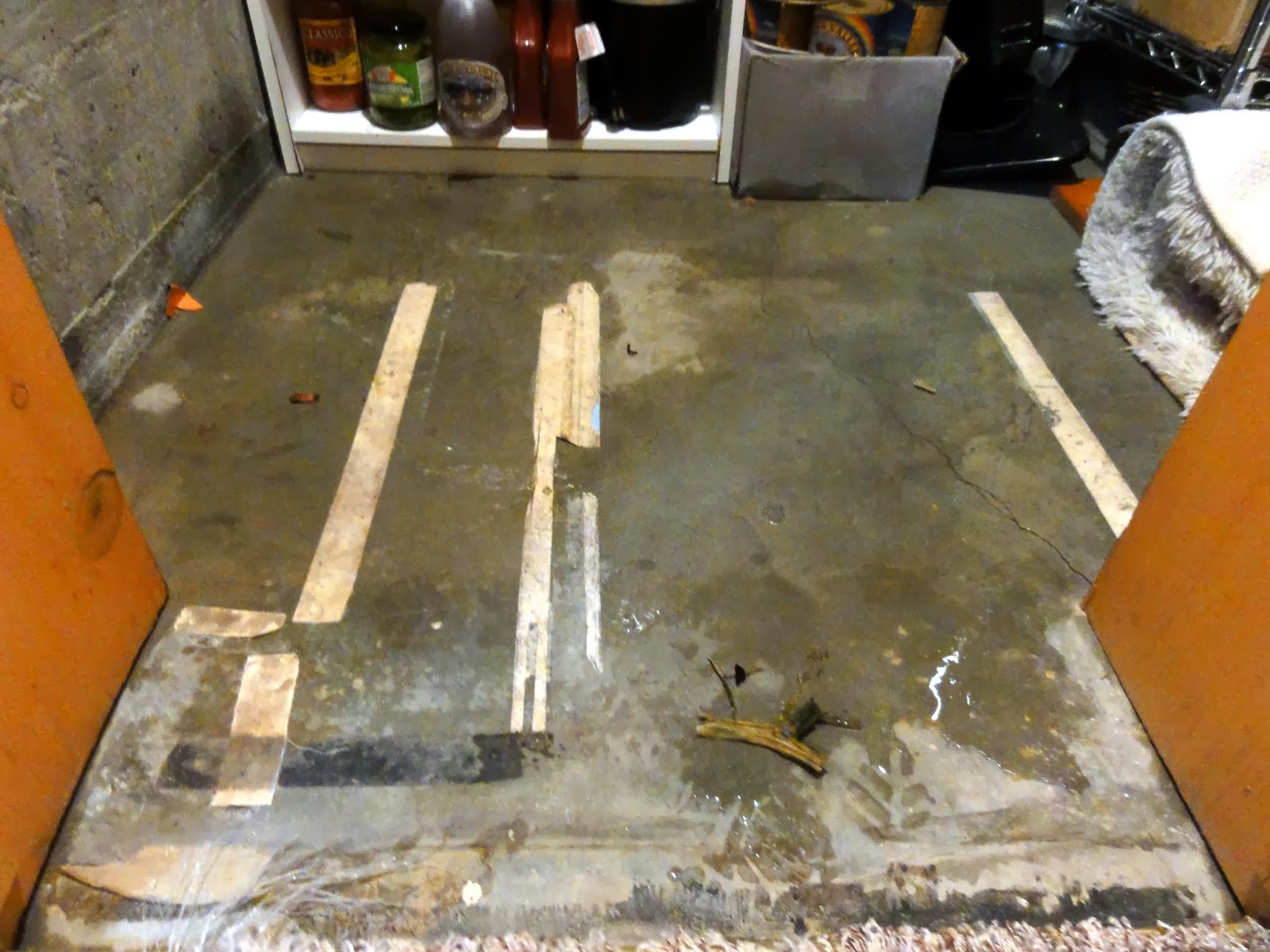 A pipe broke somewhere outside on the lawn.  When it broke we have no idea but the temperatures had warmed up quite a bit while we were gone and so the water began to flow.
It flowed down the wall in our cold storage room... 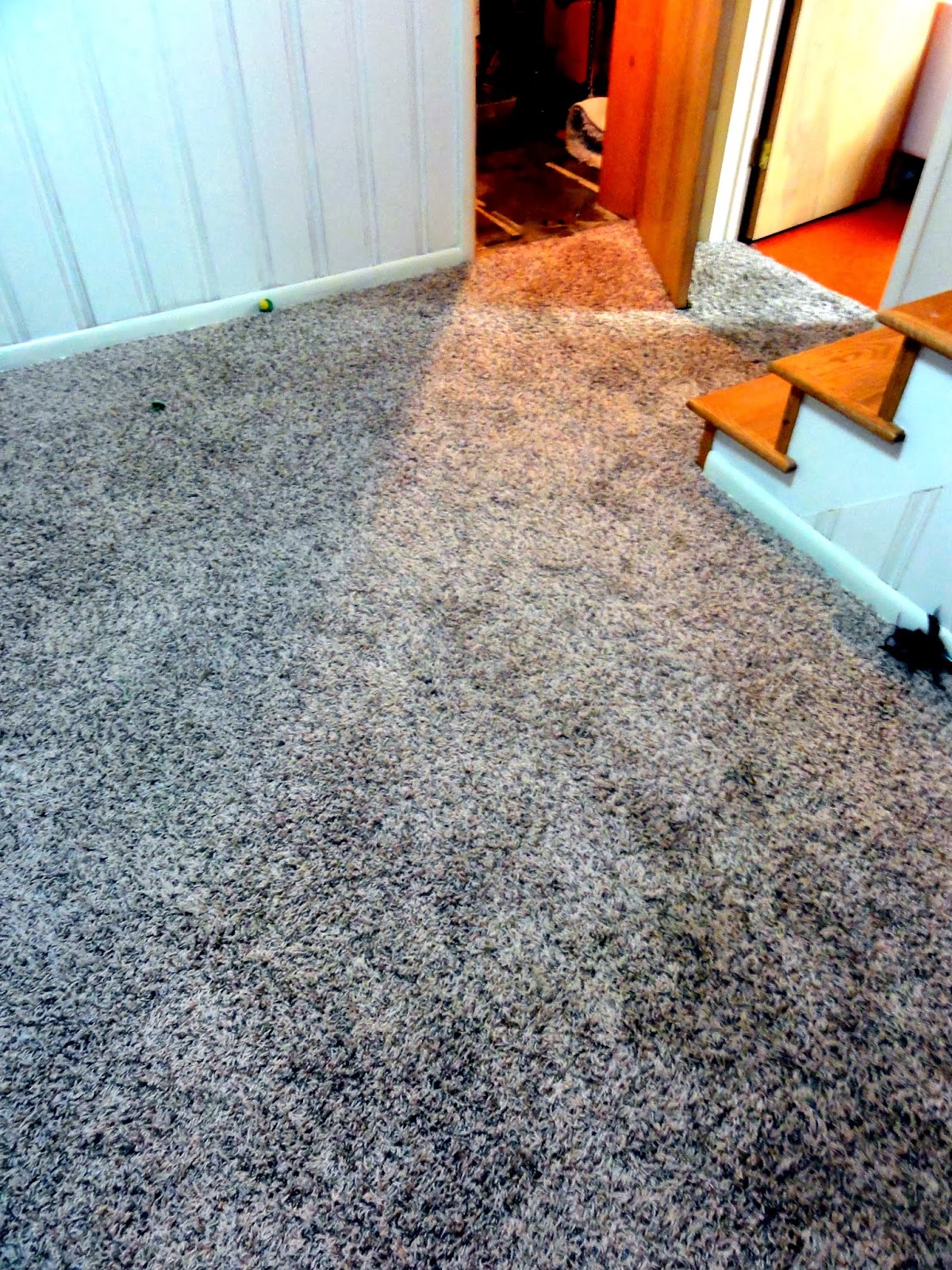 Along the base of the basement stairs... 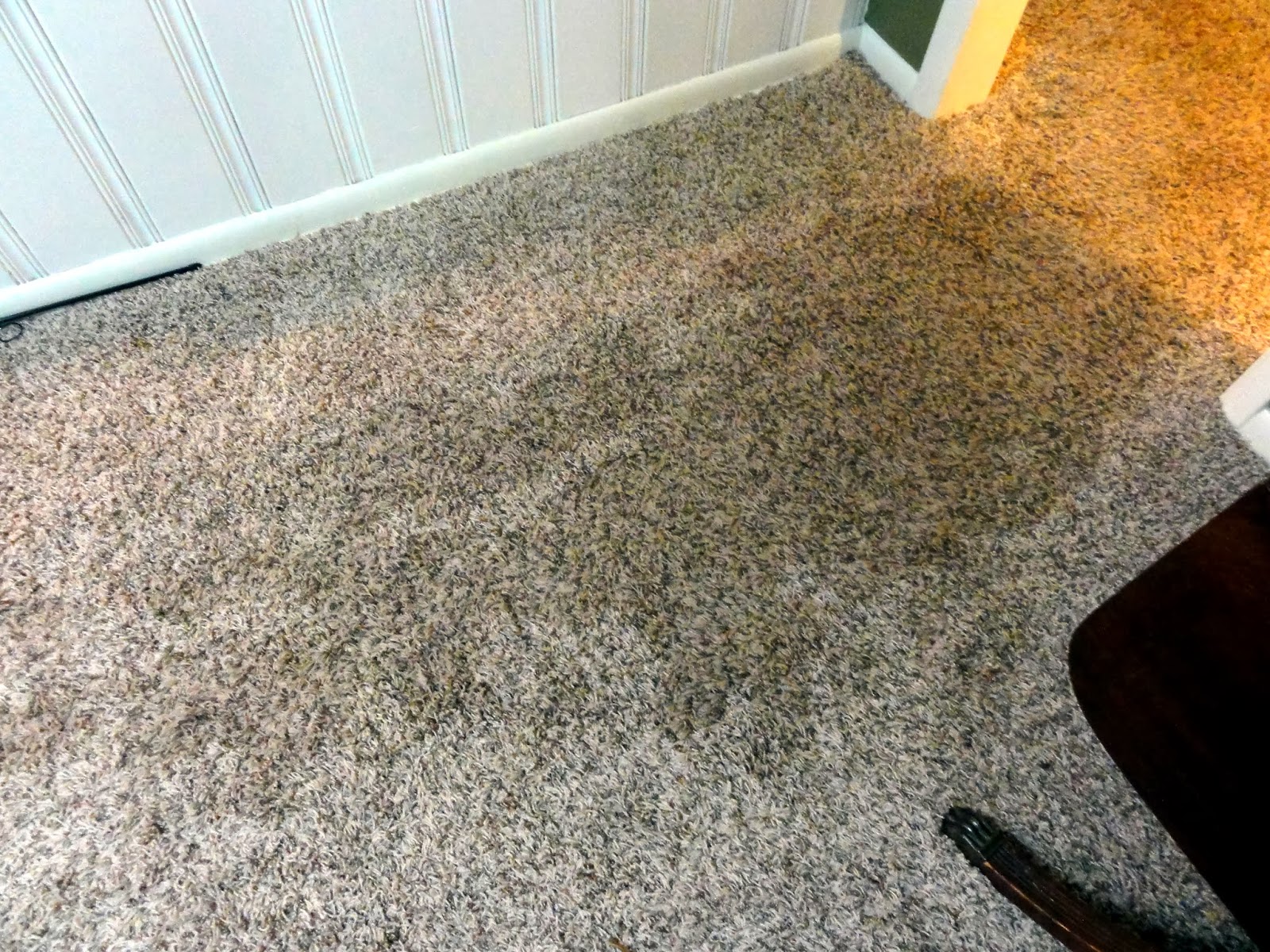 Around the corner into the hall... 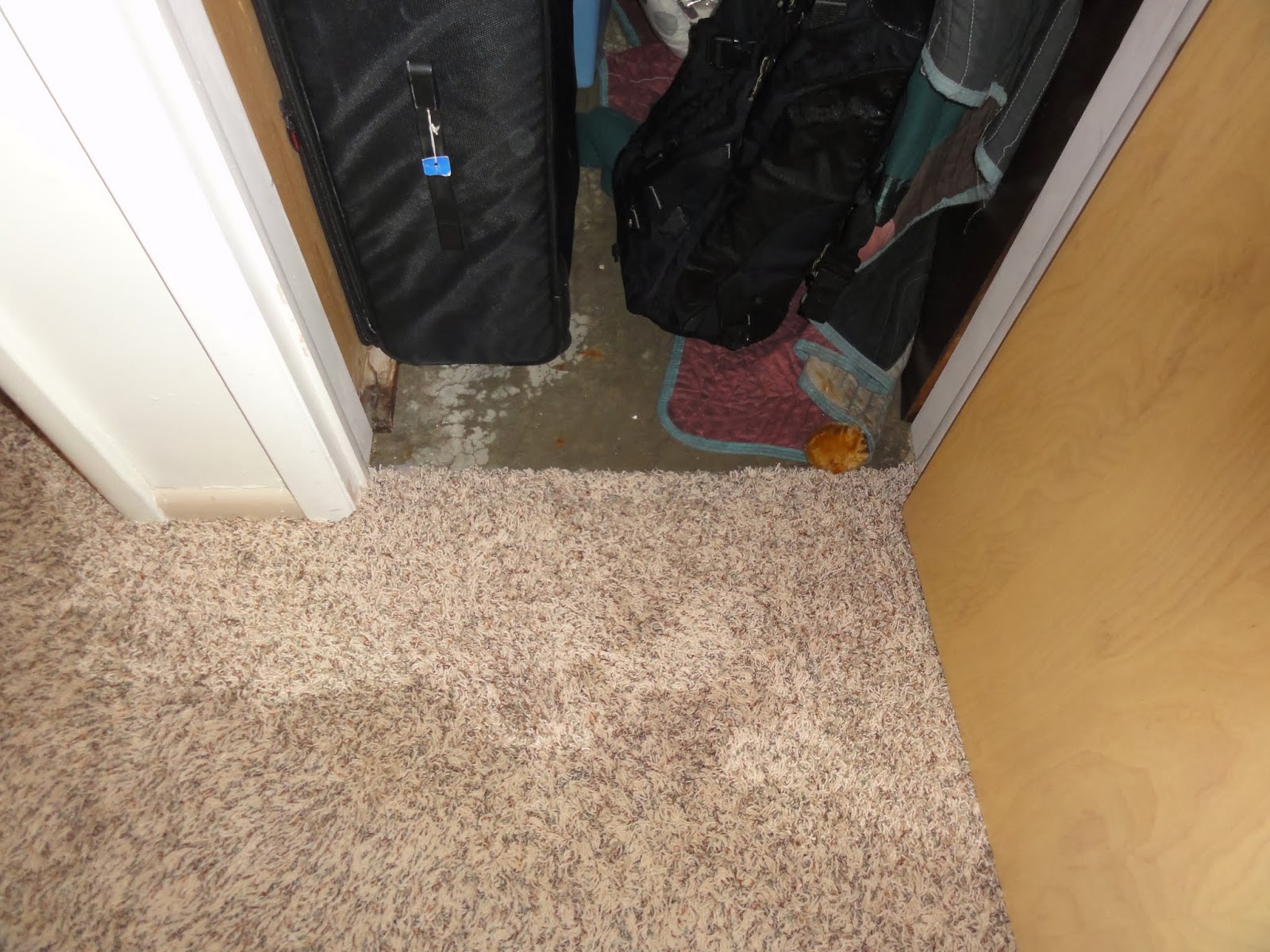 In through the storage area under the stairs... 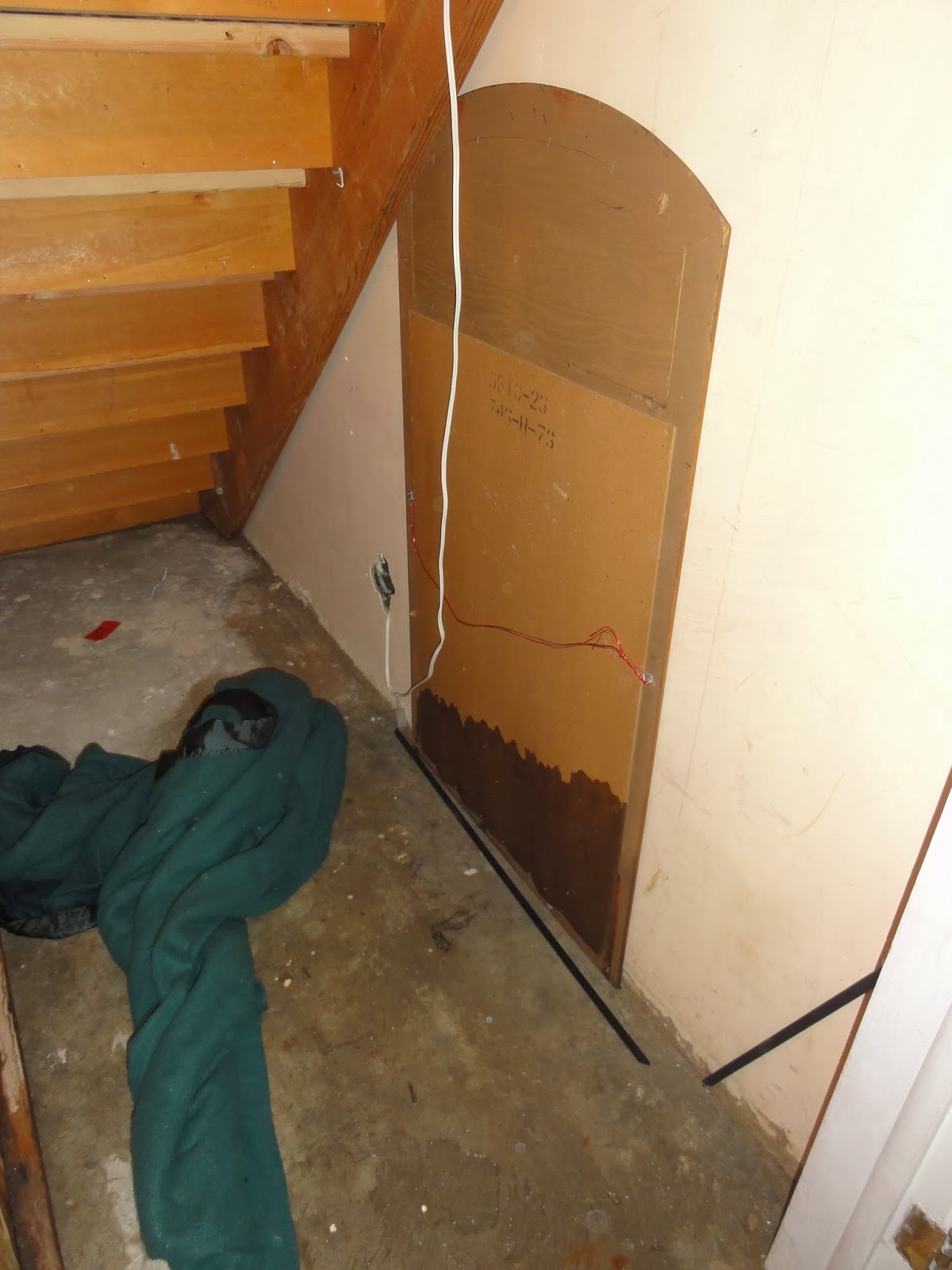 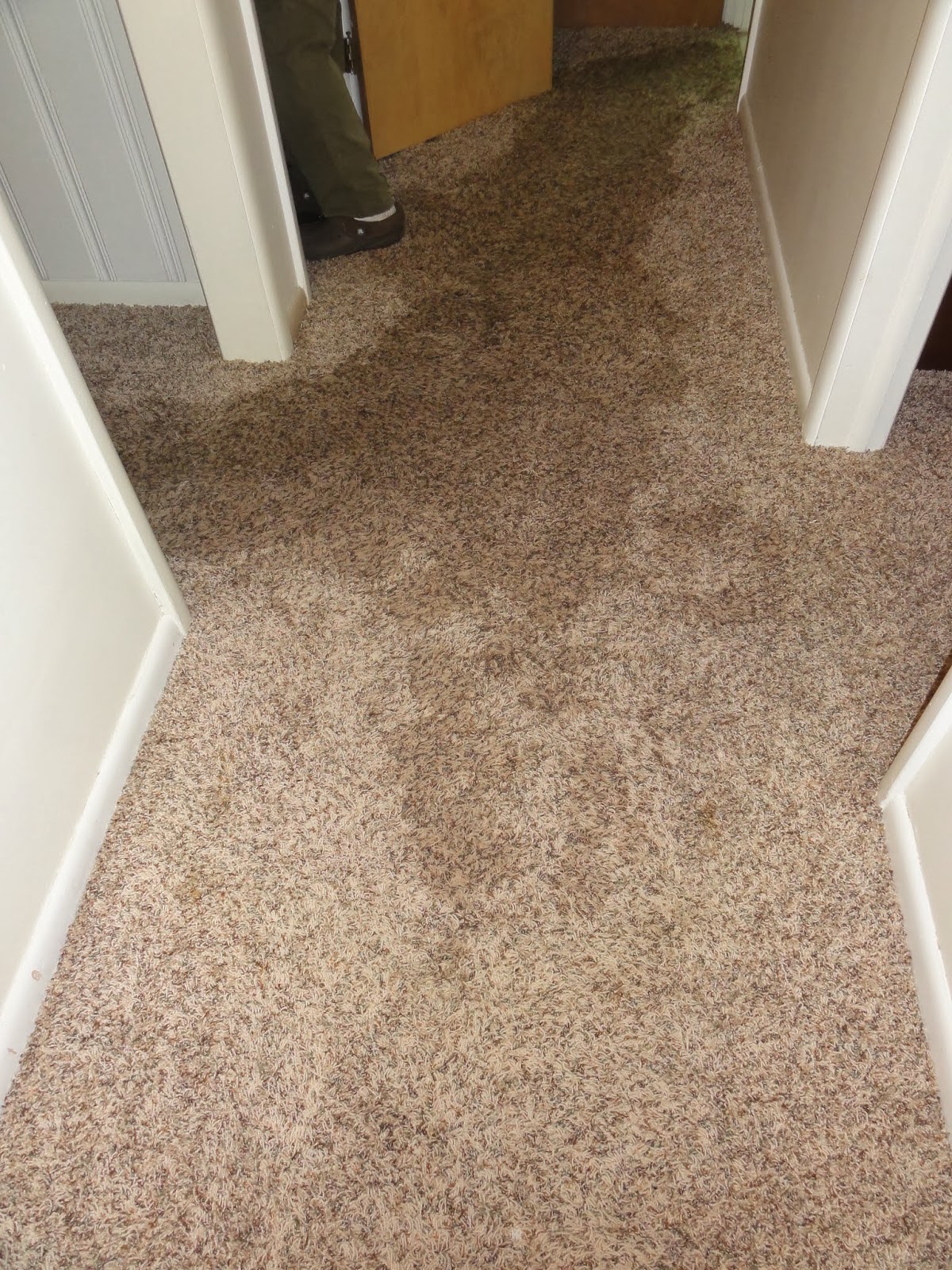 Down the hallway and into our laundry room where the floor drain caught the flow.
(Oh thank heaven there is a working floor drain in our basement!) 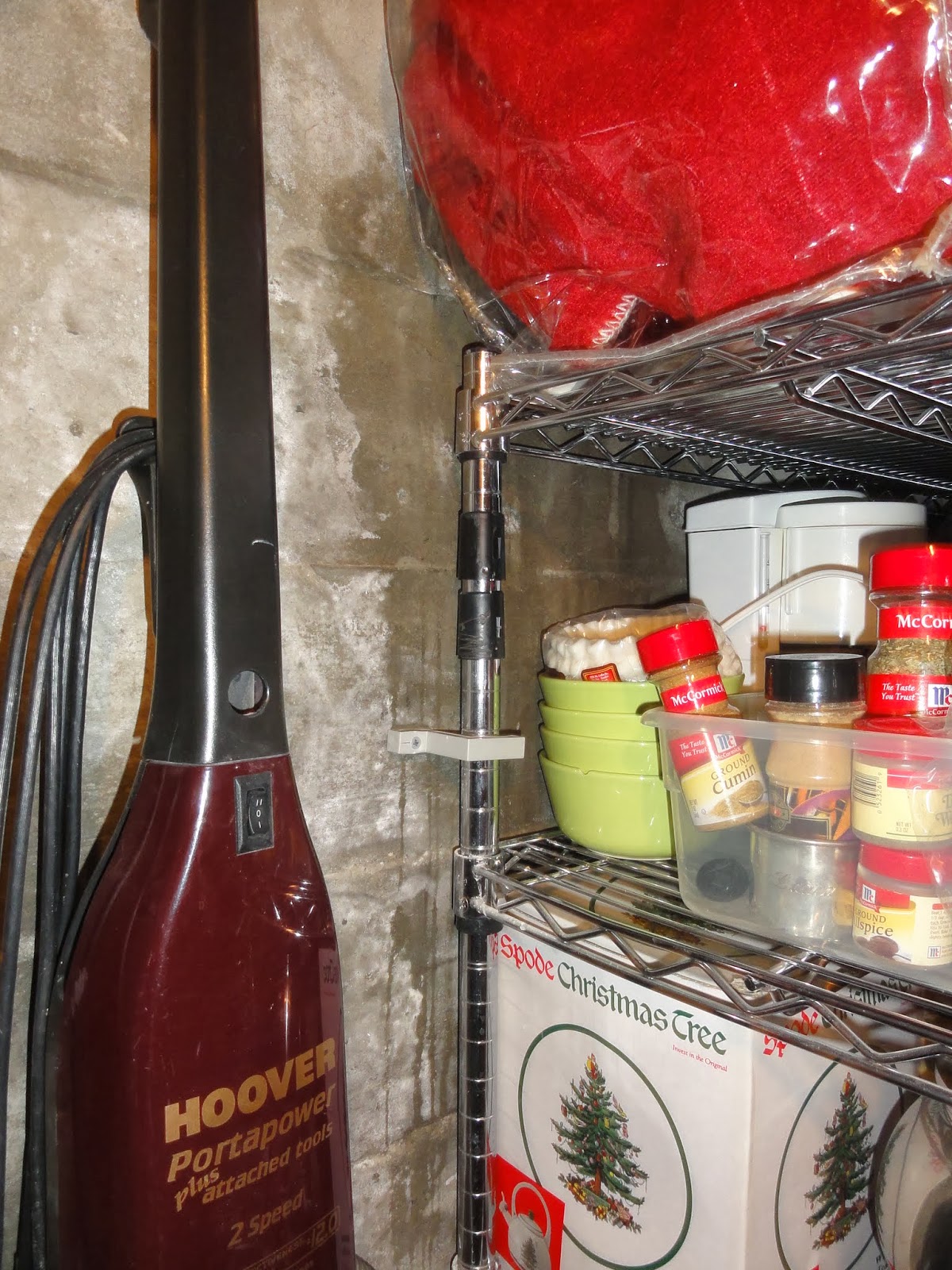 Thankfully aside from a few cardboard boxes that touched the wall most of the storage items were OK. 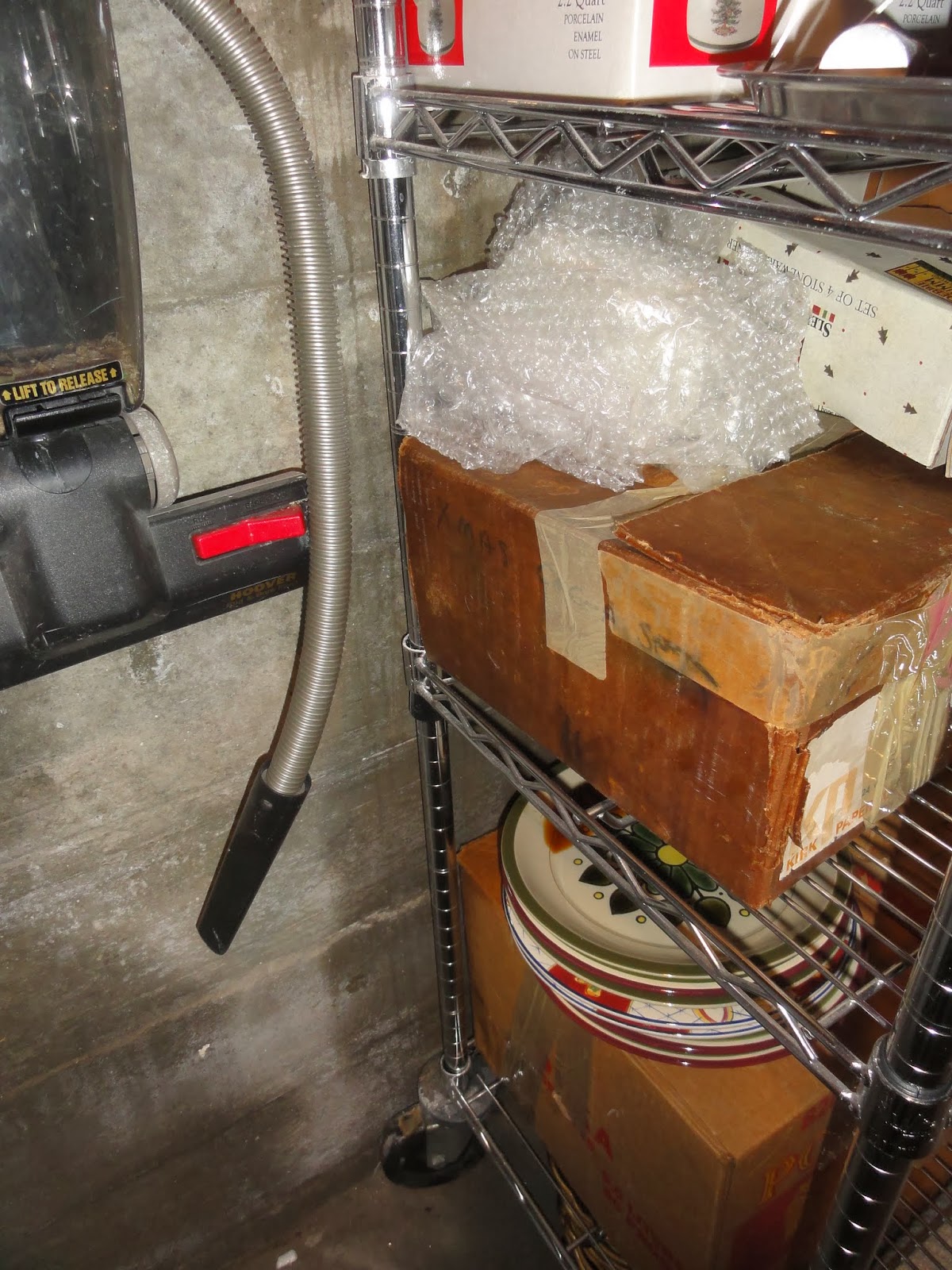 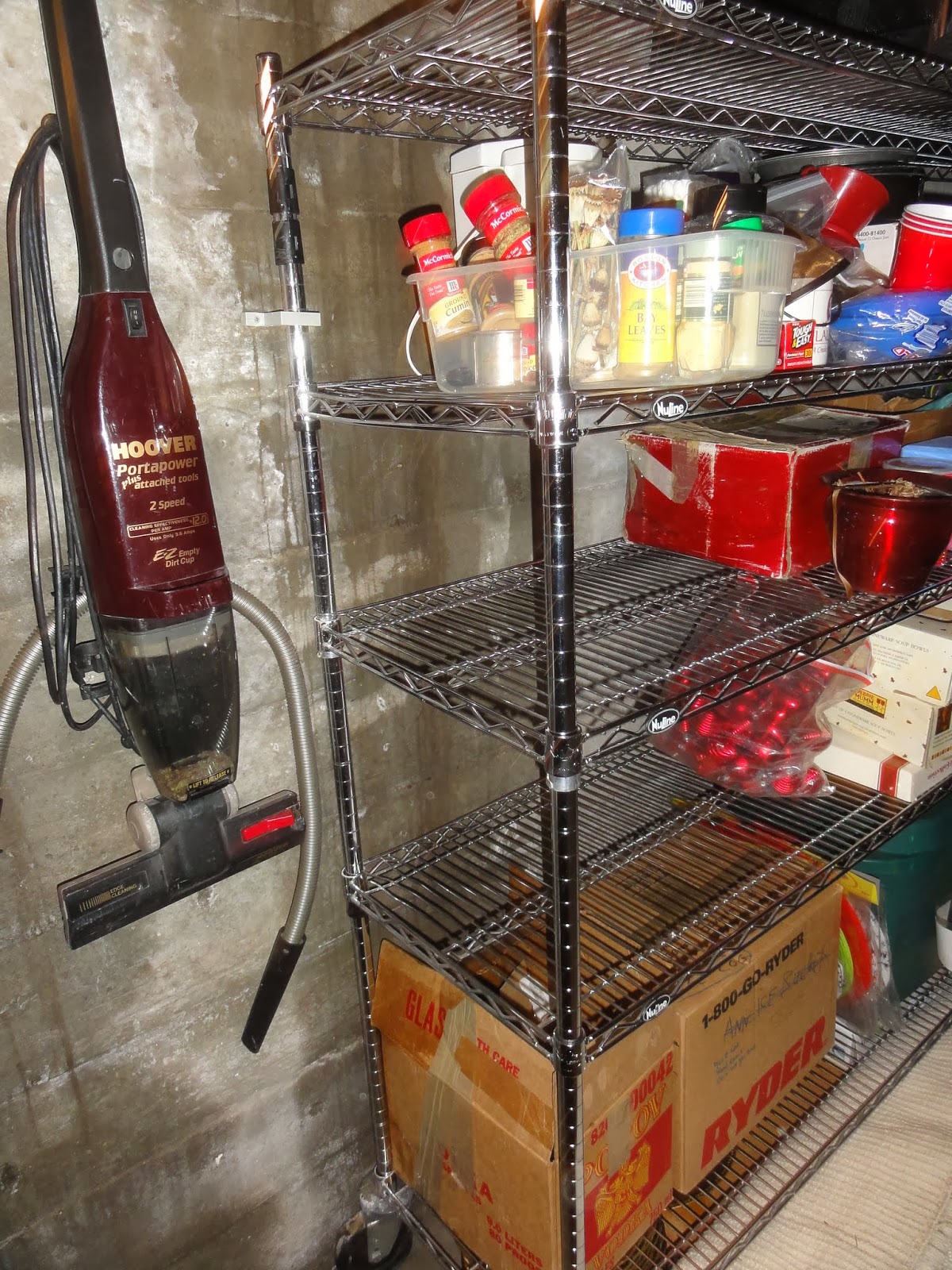 You can just see a bit of the large area rug that was temporarily being stored on the floor of the room; both of us had fretted about having it on that floor.
Thankfully the flood remediation team was able to restore the rug to brand new condition.
Jeff had been able to turn off our water main.
That was quite an adventure as the turn off was buried under about a foot of snow.
And he had dropped by to feed the cats with Luke in tow.
A flood situation with a 22 month old is not a good thing.
Rachel was out of town so Luke got parked in his car seat while Jeff raced around trying to staunch the flow with towels and locate the water turn off  under the snow and the tools to use. 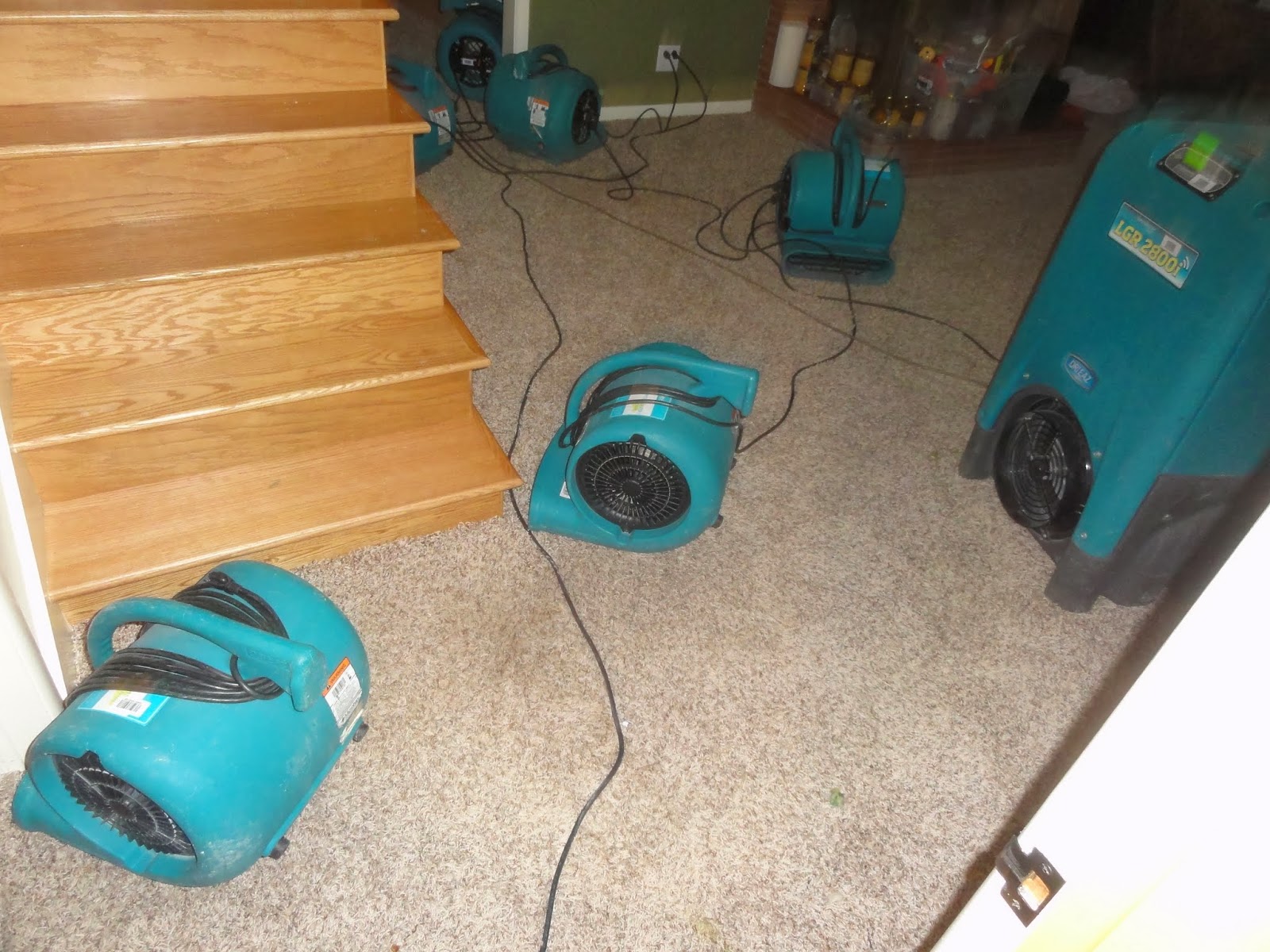 A plumber was called the next day; he arrived and after looking about announced he would have to return the next day to do the fix.
We were without water for two days.
(So much for post vacation laundry, shower, flushing toilets...I was so glad I had a supply of emergency water stashed away so at least we had some water to use for personal needs.)
Then the flood remediation guys showed up.
They pulled up the carpet pad from under the carpet and then 22---count 'em---22 fans were set up to blow throughout the flood area. 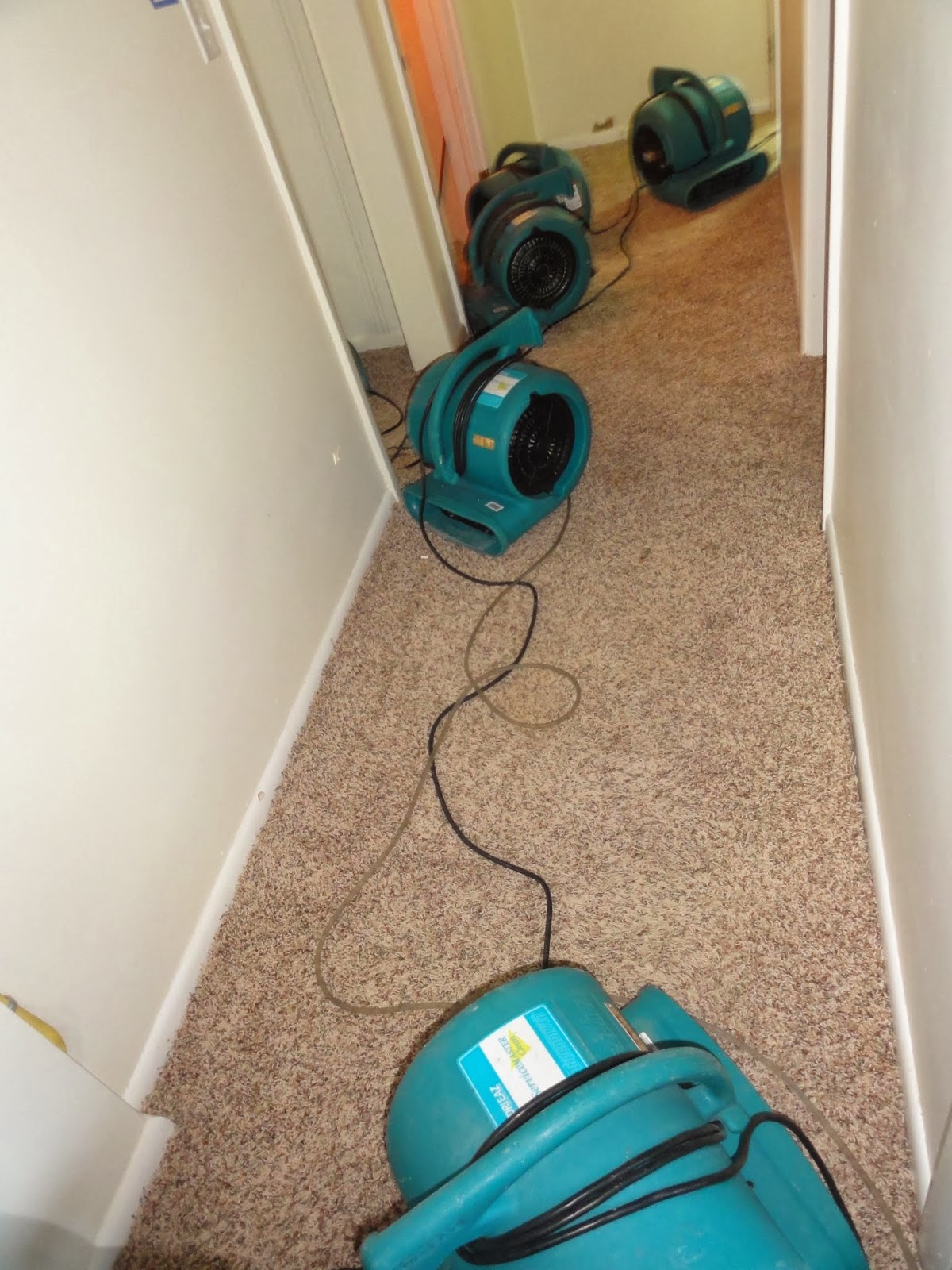 The sound of 22 blowing fans is quite mind rattling.
An obstacle course of fan on the trail to the cat litter box was a deal breaker for the cats.
The litter boxes got moved upstairs for the duration. 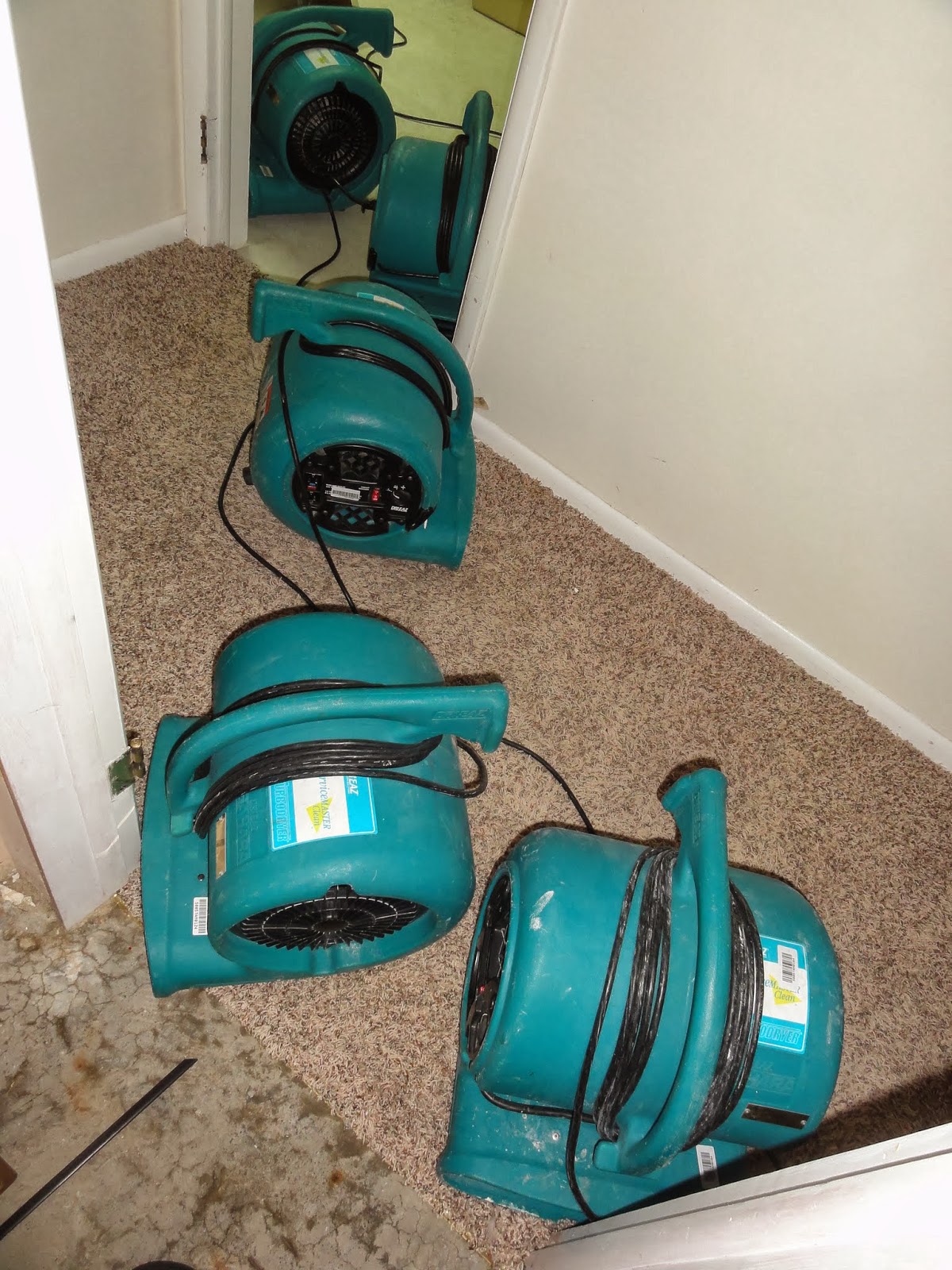 They looked like some kind of Star Wars characters invading our house. 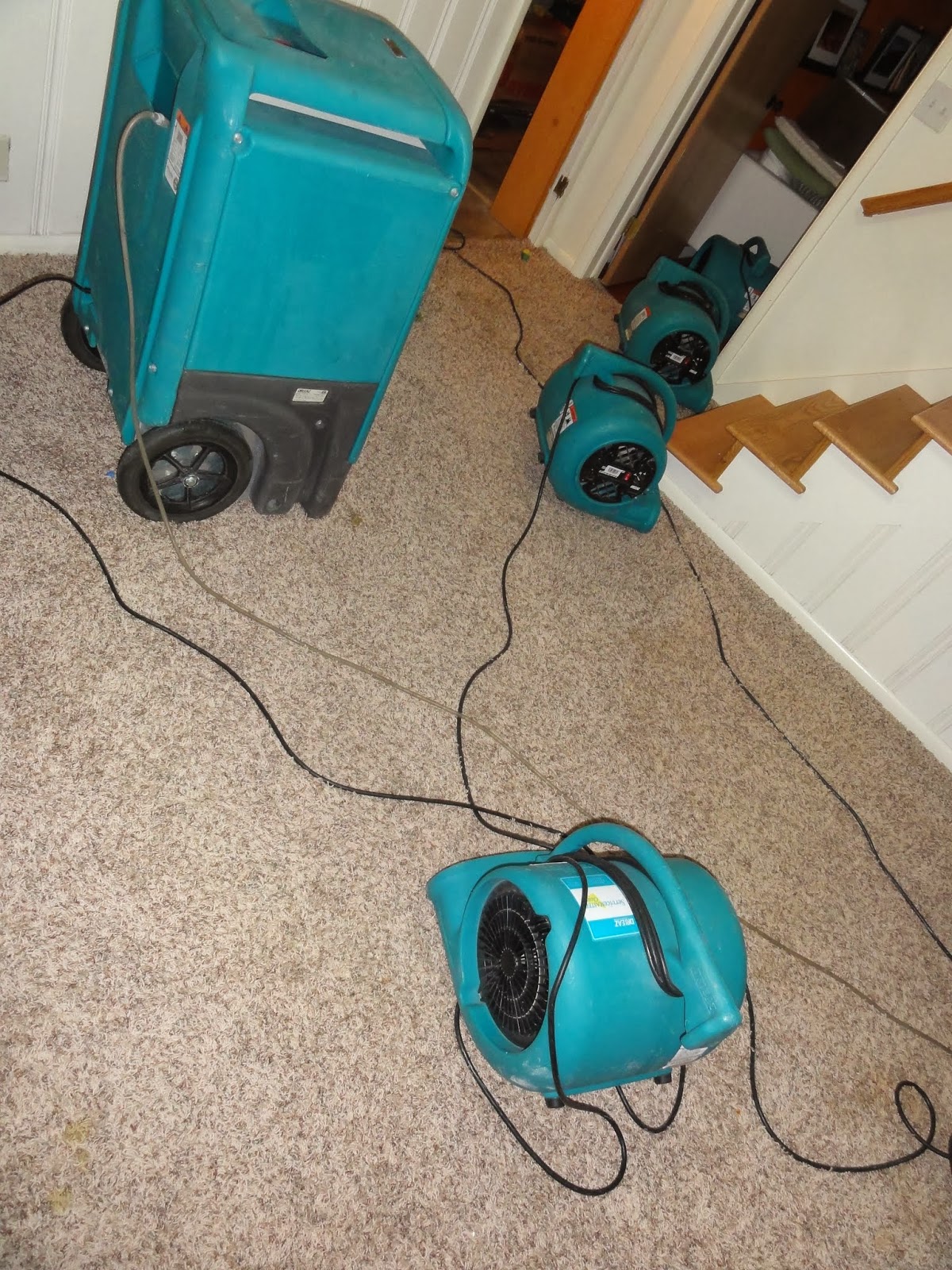 A de-humidifier was also running. 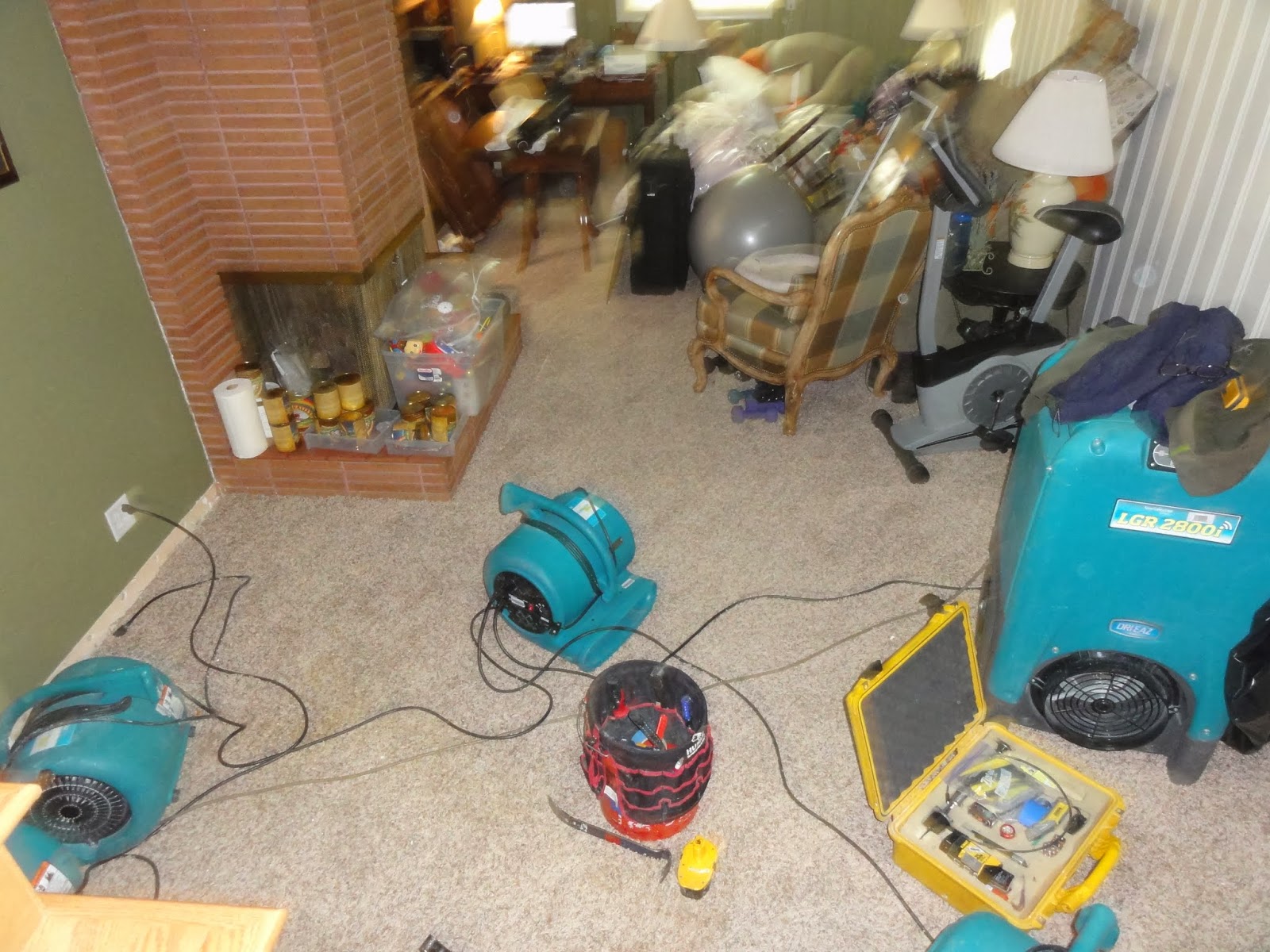 Everything under the stairs or in the cold storage room was piled where ever it could be piled. 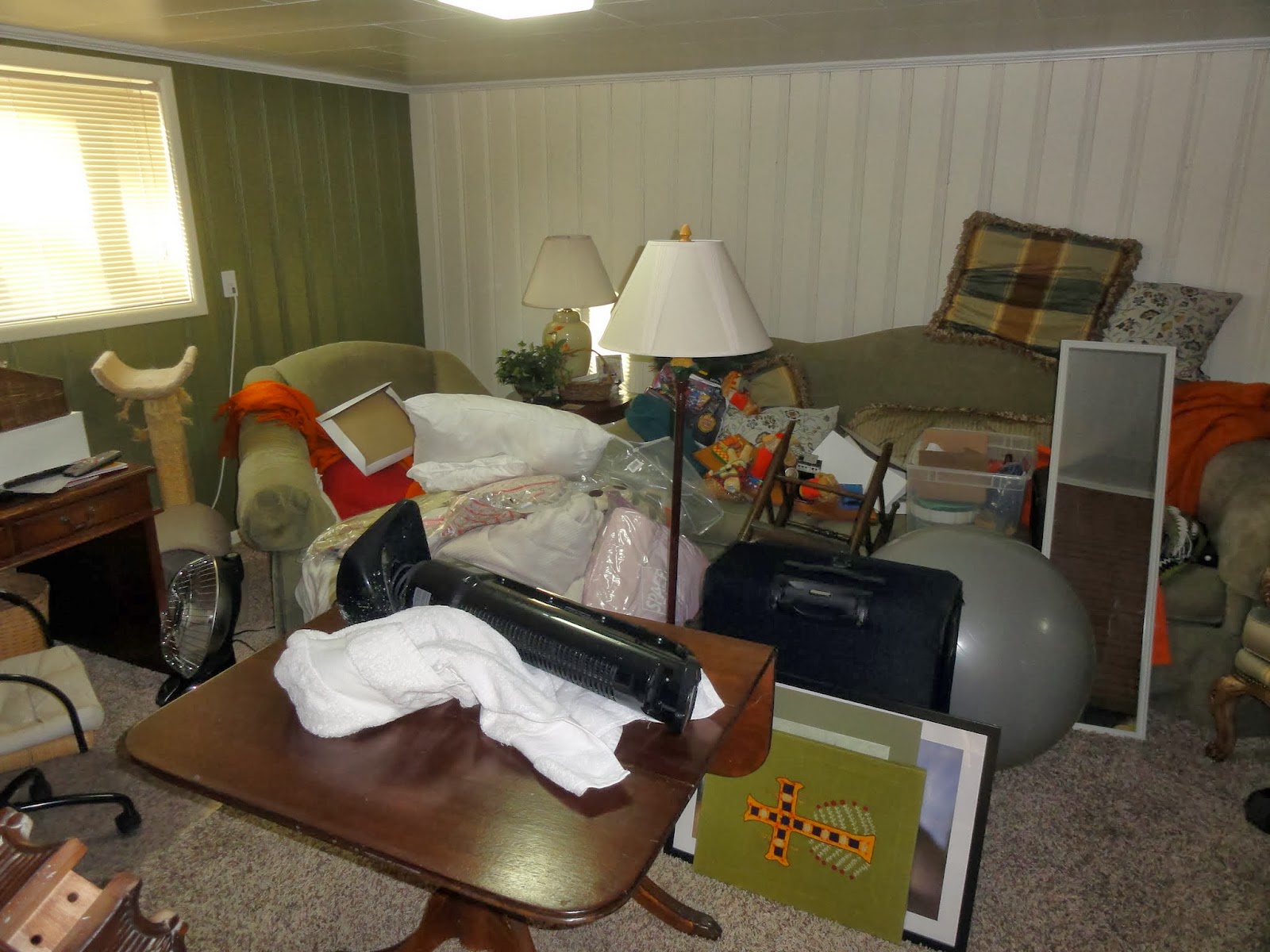 I don't know about you, but I can not go on vacation without making my house neat as a pin before I leave.
Such a bummer to come home and have to rapidly pull the tidy spaces apart. 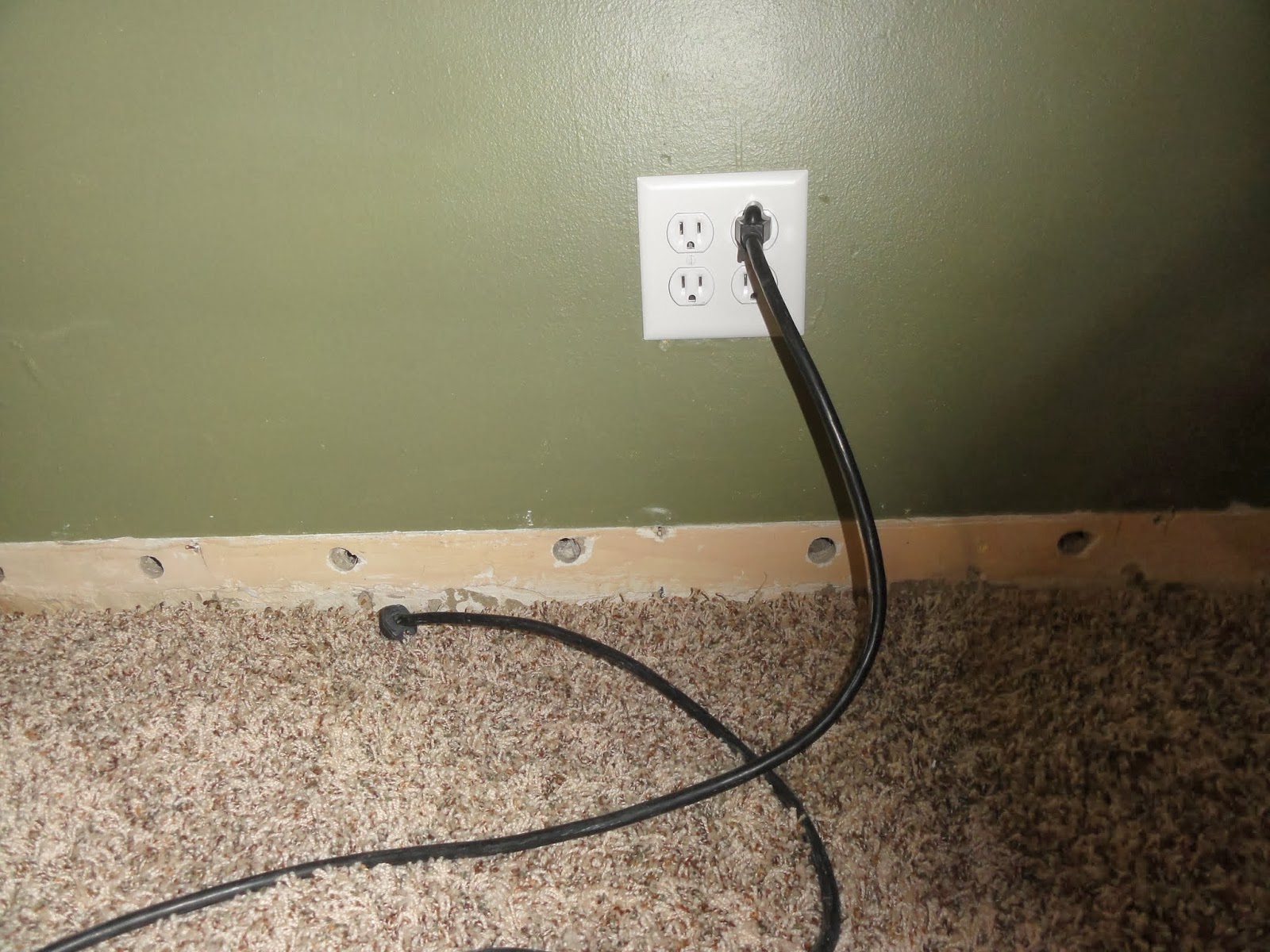 The flood didn't seem that bad to me until the technicians started measuring how high the water had leeched up into the walls.
Some walls were wet inside up to six feet high.
Oh my.
All the baseboards were torn off and holes drilled to allow air to flow inside the walls. 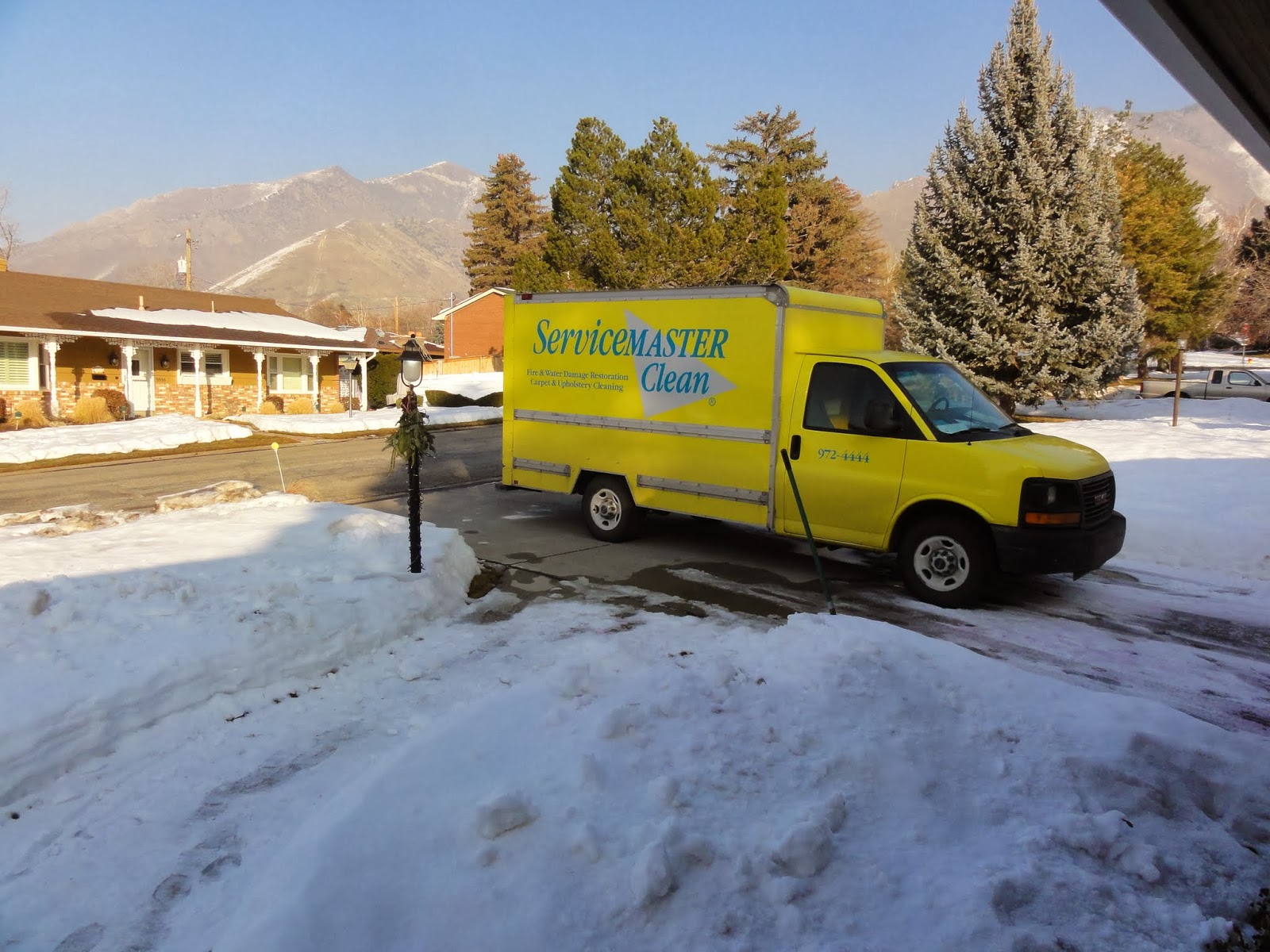 The team came by every day for a week to check the walls to be sure they were drying properly.
They said it would take about a week.
They were right. 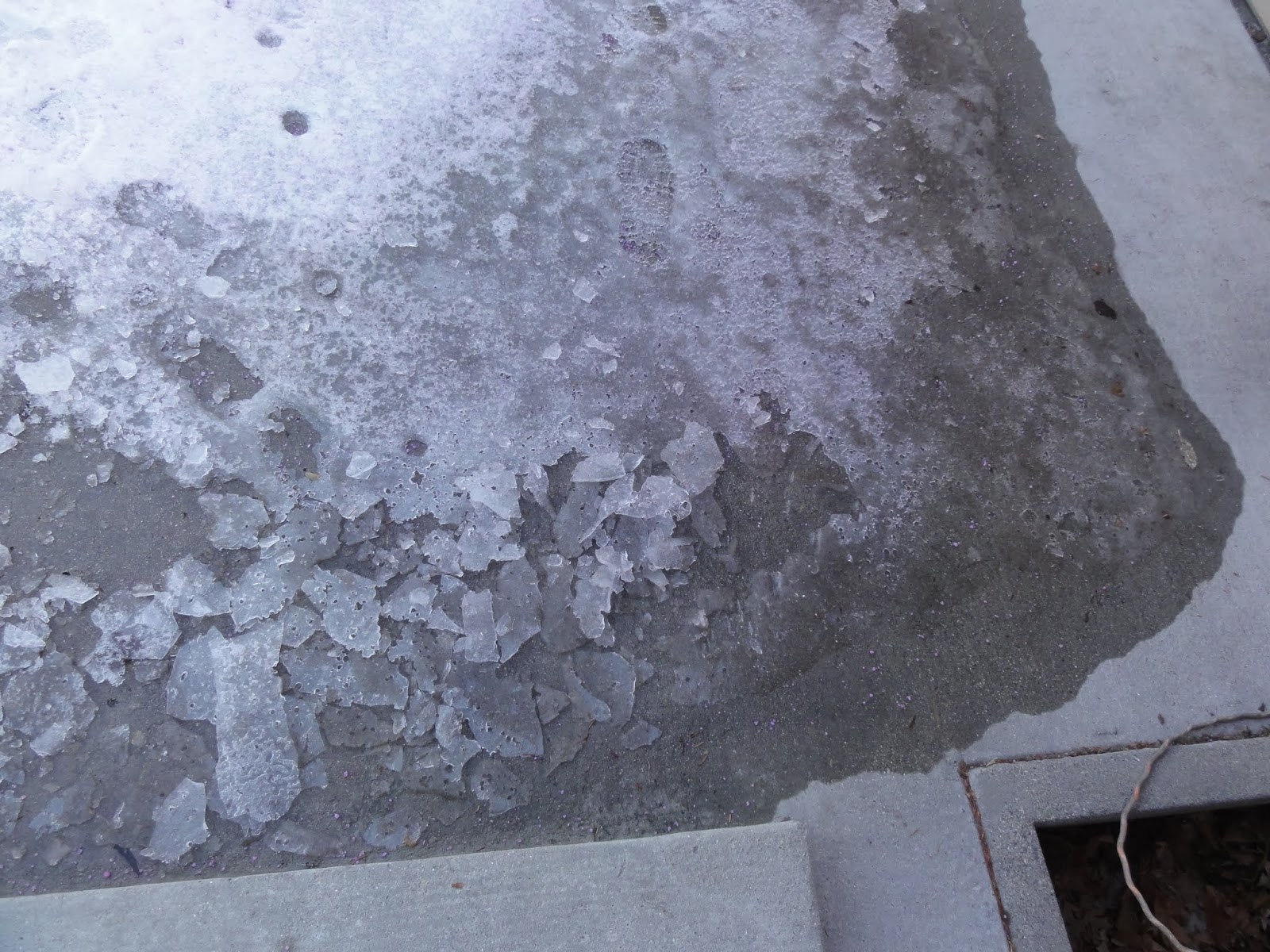 The water had also flowed onto our driveway making it into a solid sheet of ice. 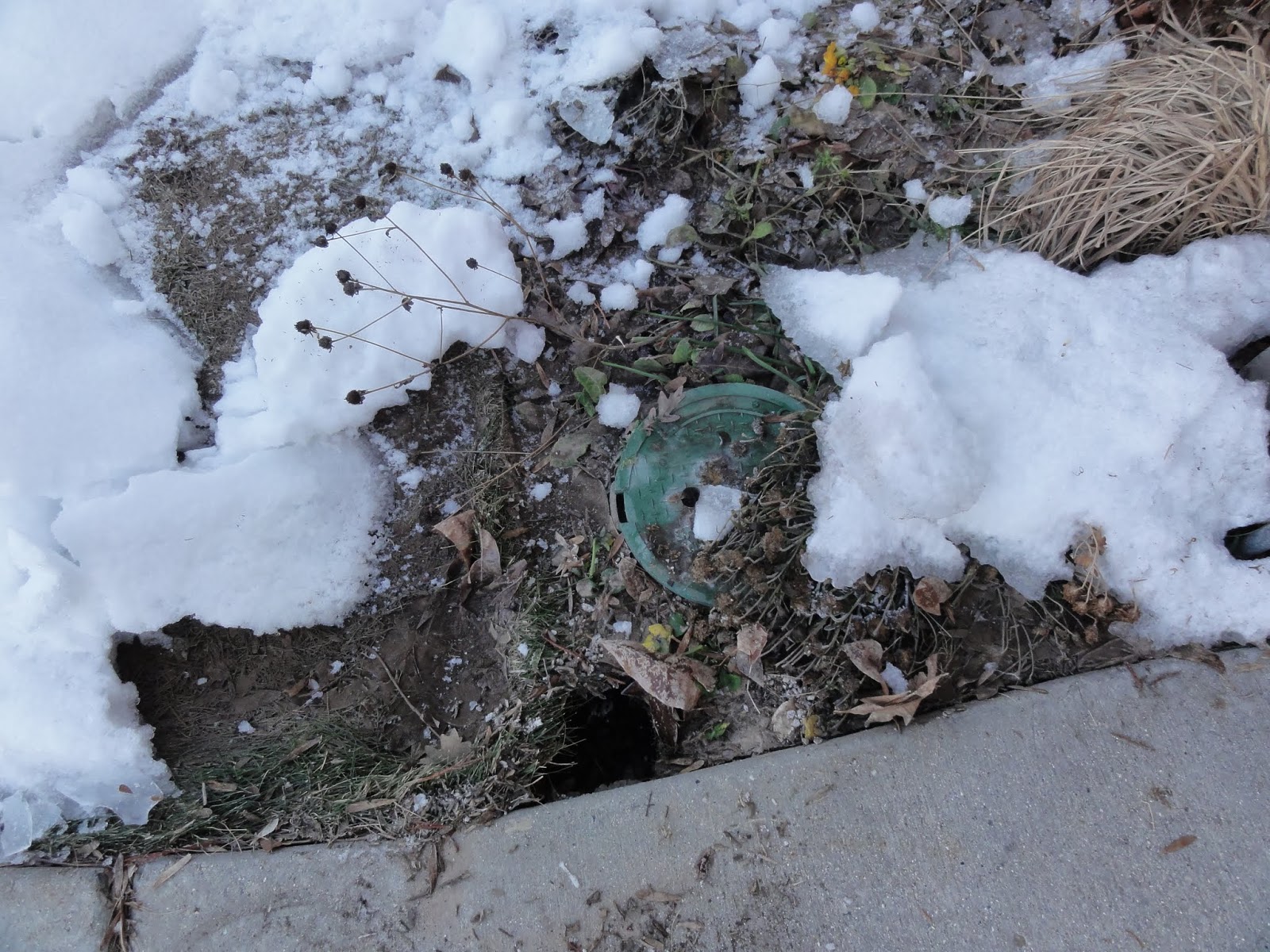 Digging down through the snow one could see where soil had been washed away. 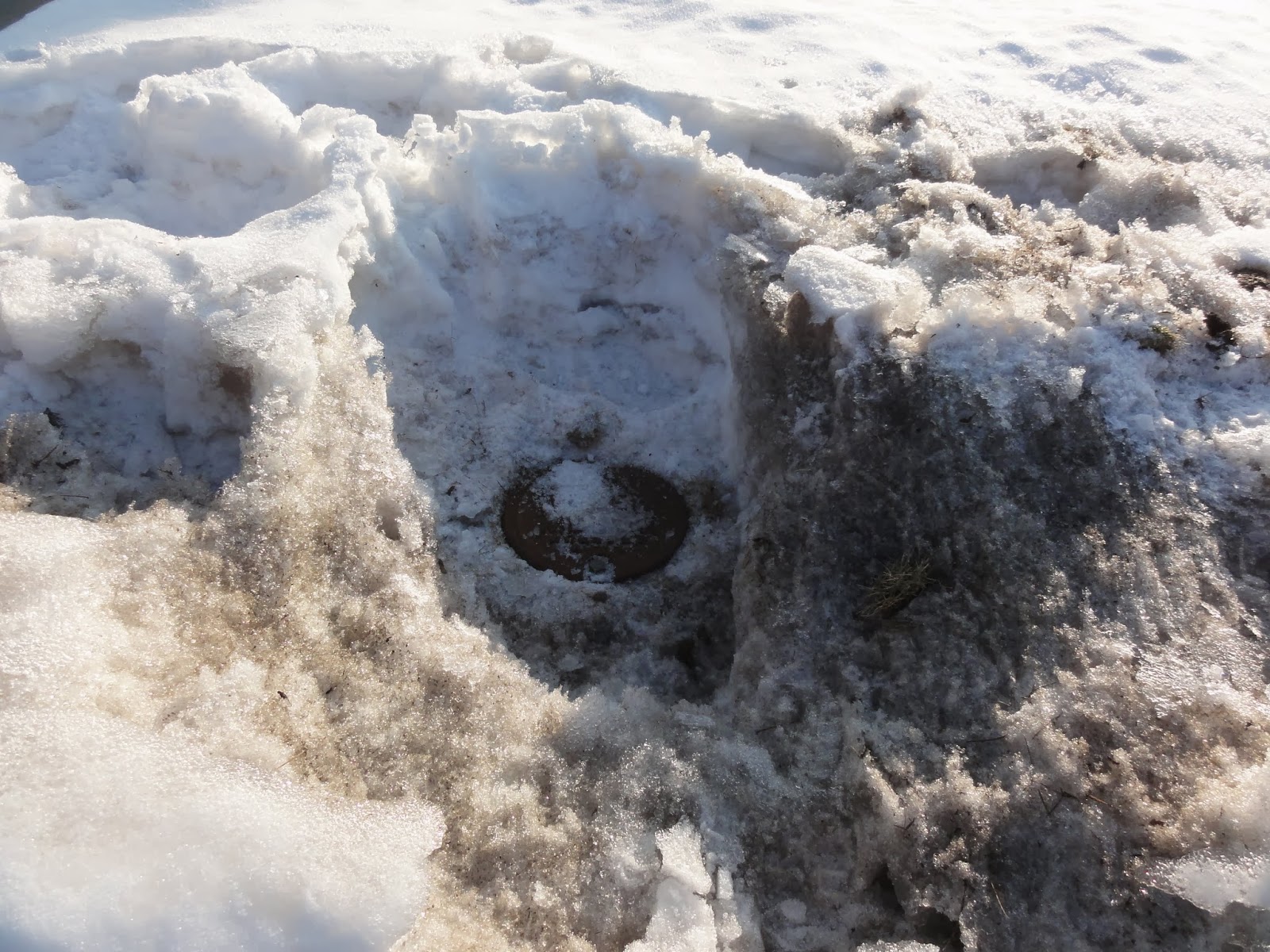 The snow had turned to solid ice and it took some serious digging to reach the main out by the curb. 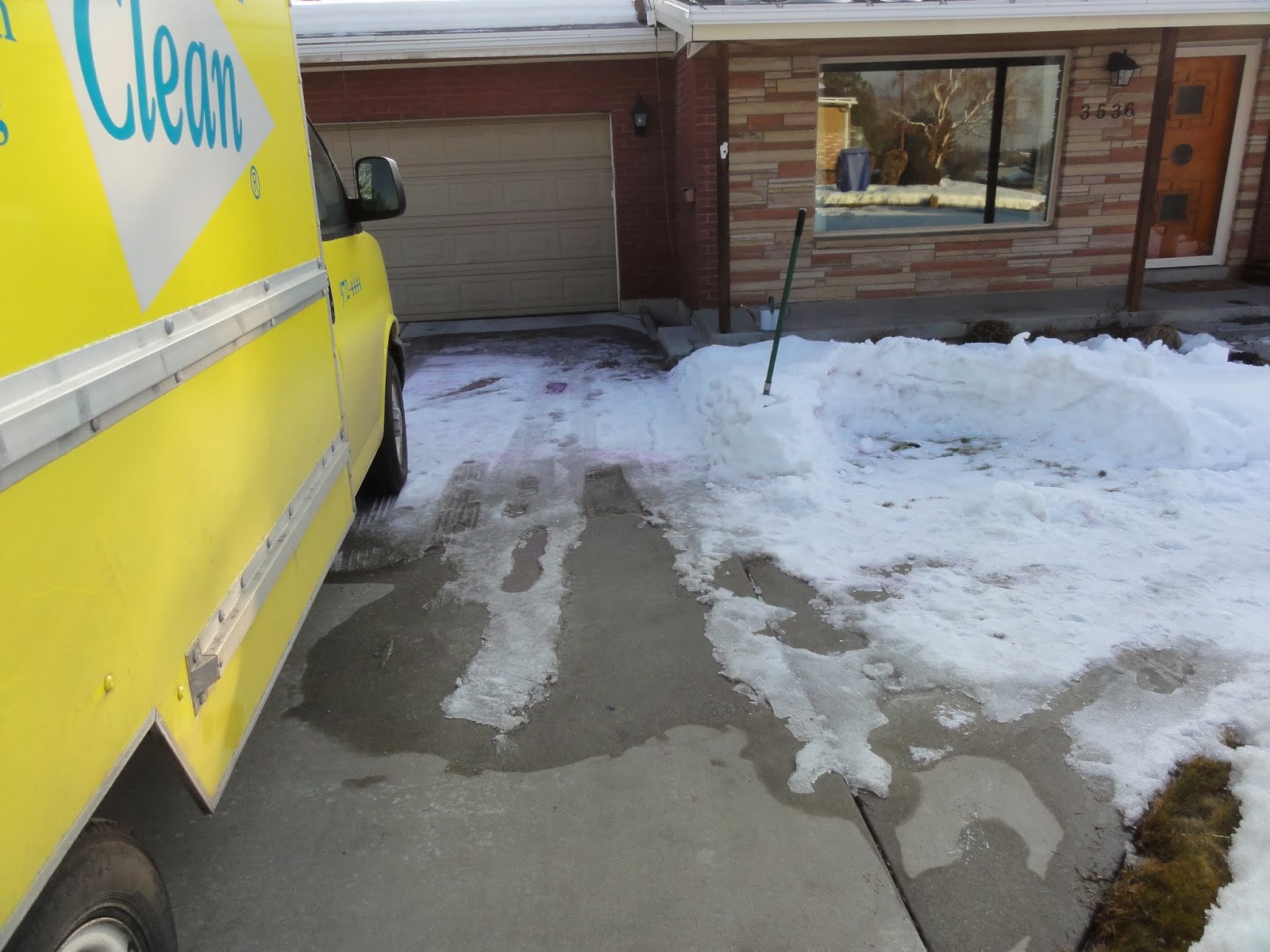 The guys eventually carted away the fans and installed heaters for a couple of days.
They taped a plastic zipper door to the top of the stairs to keep the heat downstairs.
Bernie's downstairs office was not hit by the flood so he continued to work there as the basement temperatures grew quite toasty.
At last all was well.
A claims guy came by and we showed him the very few personal items that had gotten destroyed.
He set about figuring out the claim amount.
Two days later I reached for a plastic container on a shelf in my crafts room and discovered it and the several others next to it were filled with water.
The adjuster came back...the remediation guys came back.
The water had also leaked through a window in the crafts room; we had not noticed it being wet.
Today they put fans on in the that area too.
I think it will be awhile before every thing gets put back together again. 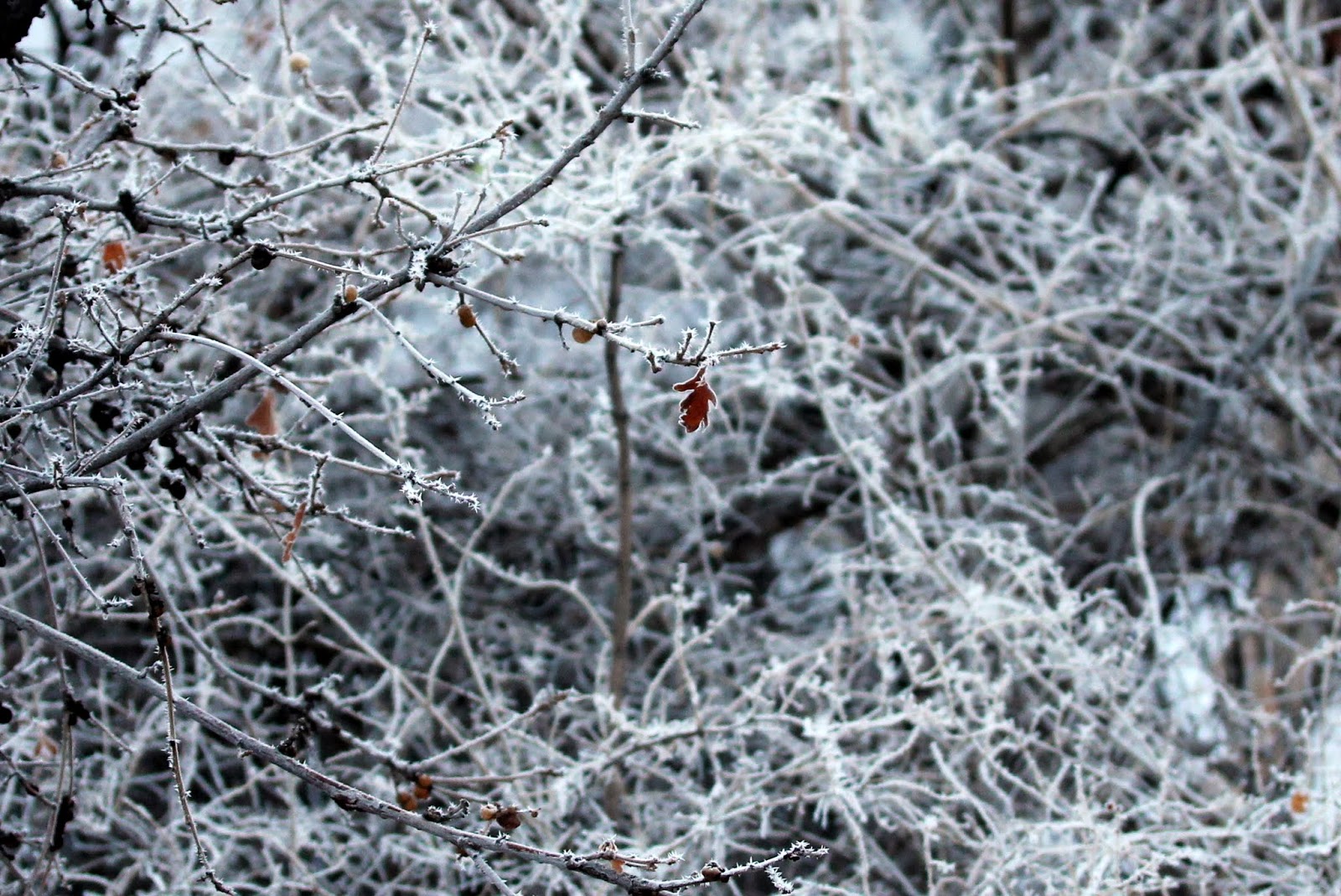 I am very thankful that we had already checked out of the hotel when Jeff discovered the flooding.
He tried to call and text us but we were already in the air by then.
Not a minute of our vacation was compromised with worry. 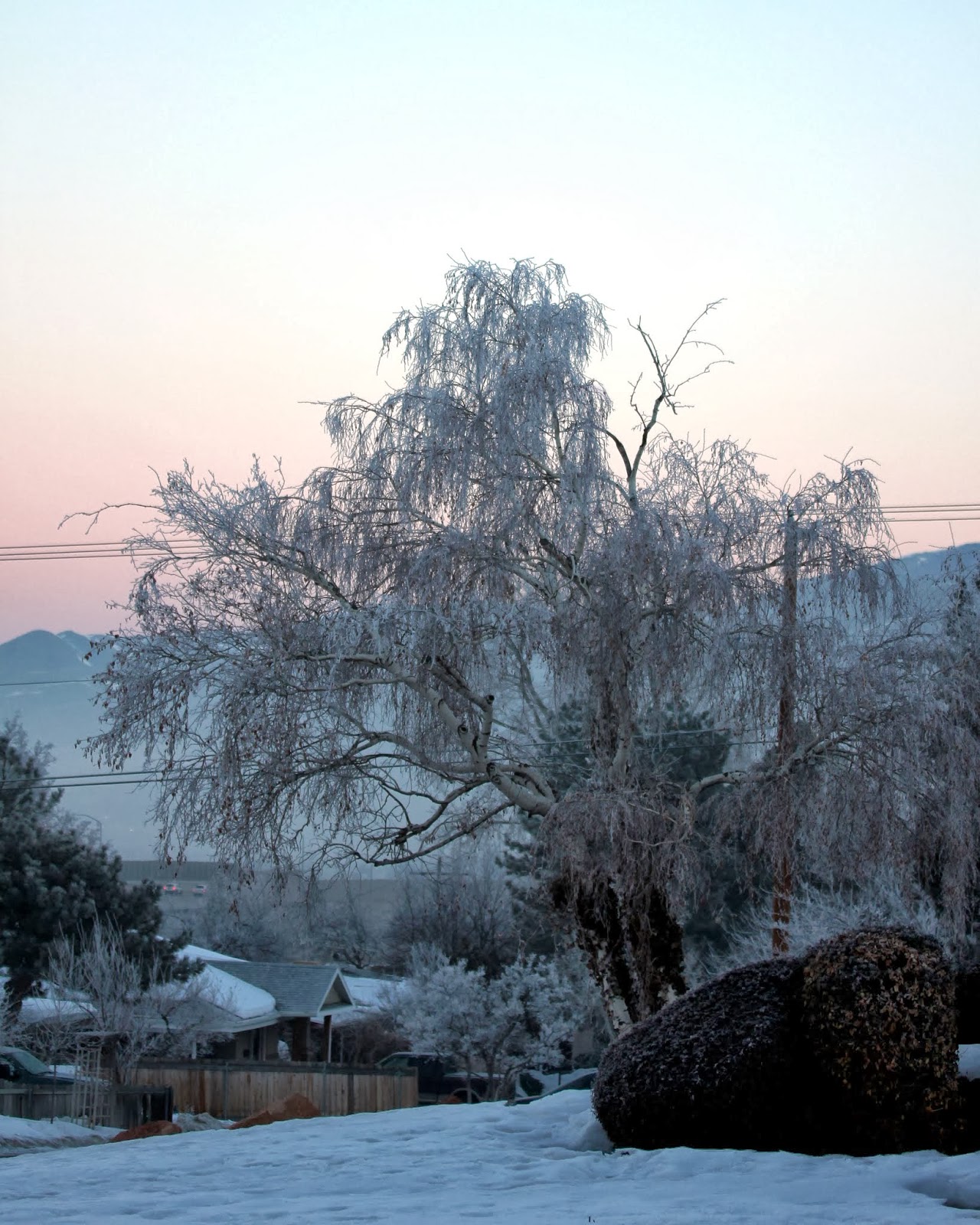 I am also thankful that after my years of living in Houston and seeing houses flood I had learned to store thing off the floor and (mostly) in sealed plastic boxes.
(I now know to always keep items on shelves a few inches from the wall.)
I am thankful that it wasn't an overhead flood...a flood that starts in the ceiling or attic is so much more damaging! 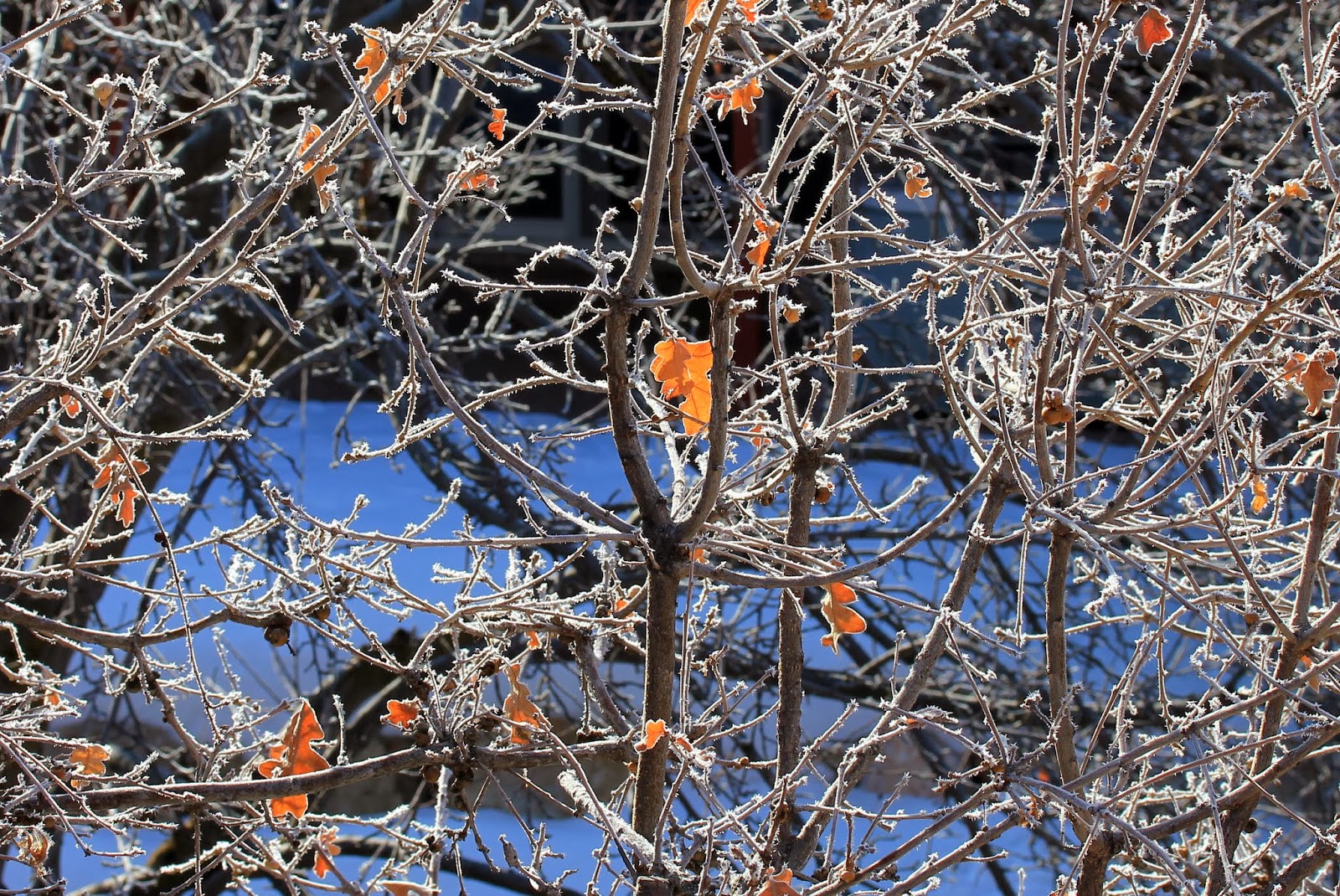 I am thankful it was not a sewer leak...
I am thankful for insurance.
Thankful for repair technology.
Thankful to have a husband who knew who to call and what to expect.
(I shuddered to think what it would have been like if I had had to figure all this out on my own; I had even forgot we had changed our insurance company this year and also that we had a file for our insurance policies.  Guess flying back after a weeks vacation had allowed some information to just leak out of my head.) 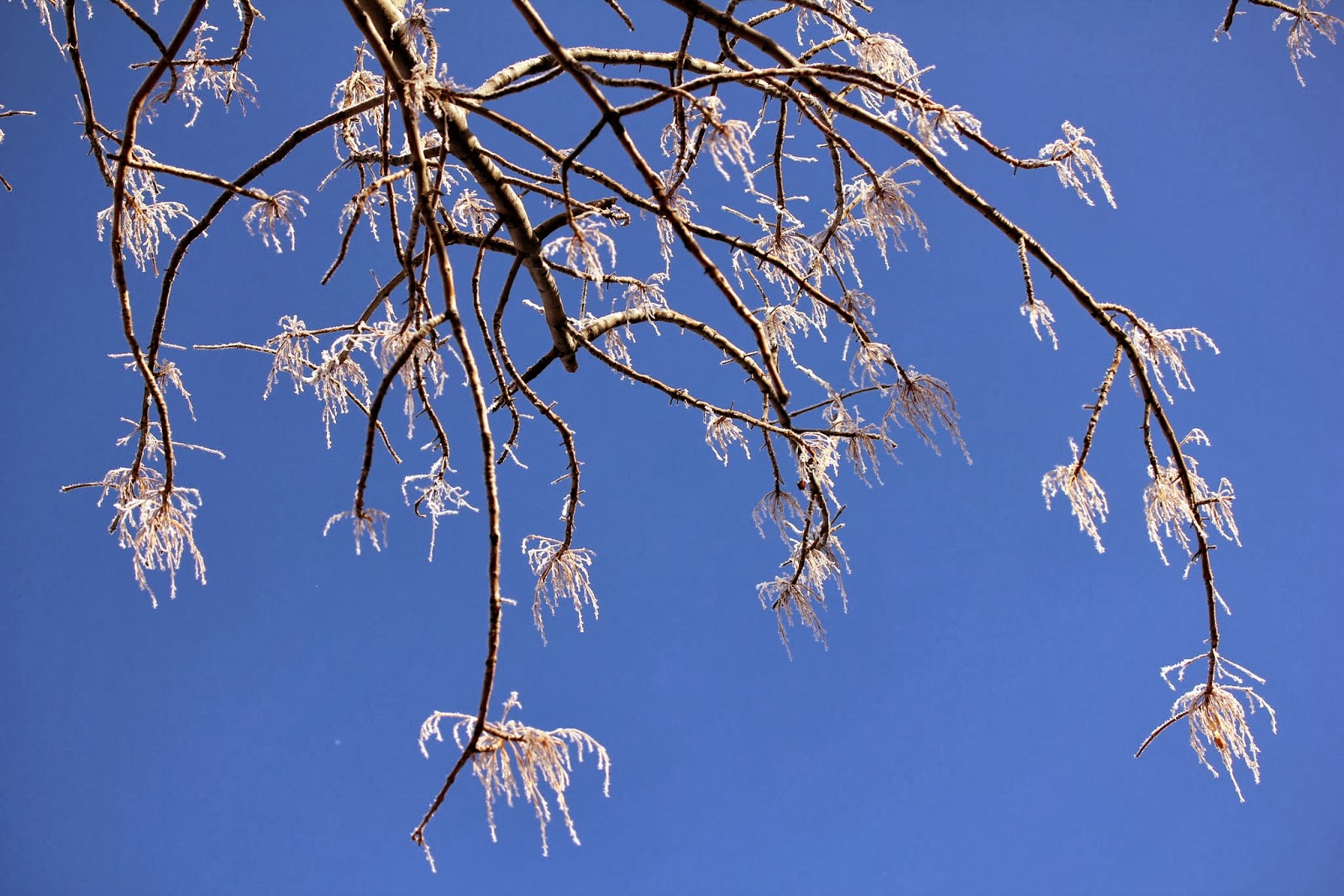 I am also very, very thankful that it was a pipe that broke and not a city/county/state wide water delivery issue.  I knew I could go to the store to buy more water and use a neighbor's toilet or shower or sink if needed.
Our neighborhood has yearly drills where we are *supposed* to practice knowing how to turn off water and gas...how to locate the proper tools and the right valves.
I *thought* I knew.
Turns out I didn't.
Again...that info must just leaked out of my head.
So here's a modest proposal for anyone reading this post:
The next time you are at home and you happen to see a rainbow, mentally rehearse where your water turn off is so you know you will remember how to deal with a broken pipe flood.
Review where the tools are kept that you would need to use to turn off the water.
Review where your house insurance phone number is.
Think about if you have some water stored that could get you through a couple of days if your water gets turned off.
A rainbow is a promise that God will never wipe out the earth with a flood ever again.
But it isn't a promise that a smaller flood won't sometimes happen when you least expect it.
(Bonus tips:  Turn off the water to your washing machine before you go on vacation.  I've heard about those hoses bursting way too many times.  Also if you agree to look after a neighbor's property or pets, ask them to show you where the water turn off valve is and what tools you should use.
And for crying out loud, DO NOT flush the toilet the first time you go pee after water is turned off.
Yeah...I knew better but did it anyway.  Force of habit!
Any other tips anyone wants to share?)

Posted by Thoughts on Life and Millinery. at 3:33 PM

Oh boy...so glad your vacation wasn't ruined thinking about something you couldn't do anything about. Love all those tips!!

Oh oh oh. I can not even begin to imagine. Hope that order is restored soon. Such a lot of extra work. I have thought about where the main is...in the basement left of the washing machine. I have had a flood here about a week after I first moved in...the bathroom sink fell off the wall and the pipes broke, which caused a flood in the basement. But then, come spring, there's usually a flood in the basement.

What a UN-welcome home. Like you, I'd be glad to not know anything until I got home, too. I hope the mess is soon cleaned up. Great tips.