A happy unexpected moment seen by chance this past Monday afternoon: 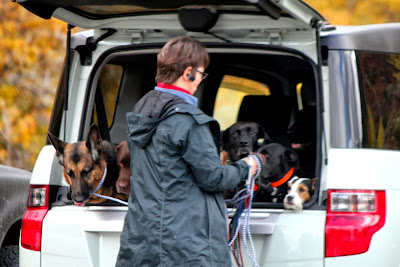 Mom and I were sitting in my car in the Neff's Canyon's parking lot when this woman walked around to the back of her vehicle and popped opened the back window.
A tail wagging crowd was inside that car! 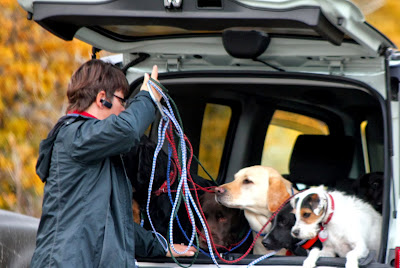 Orderly patience was seen among the dogs as each lead was attached to the eager dog. 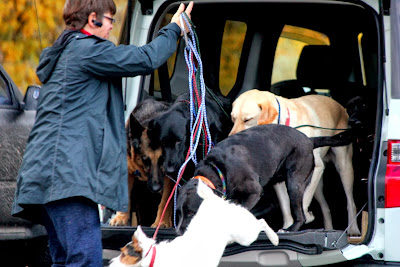 Then dogs began to flood out of the car. 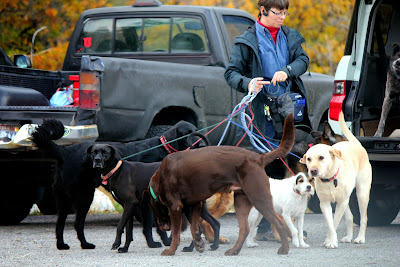 We tried to count them. 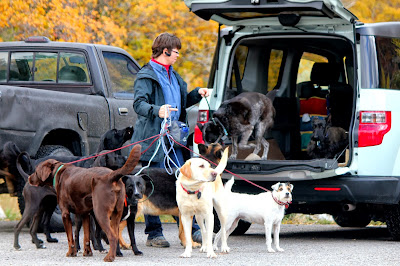 The dogs kept coming.
We think in the end there were nine dogs. 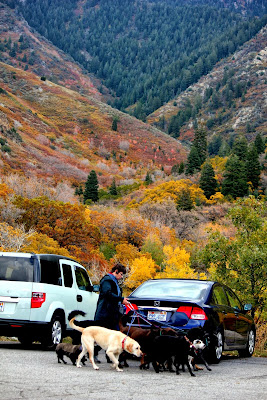 And then the walk began. 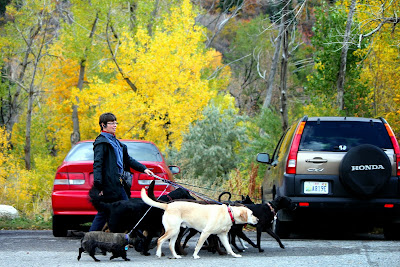 Nice job you got there lady!
And excellent views from your out door's office window!

Our government goes back to work today.
Stop gap measures agreed upon merely postpone more shut downs later on.
But...
I am glad that my Dad, with his Honor Flight due to visit the WWII memorial this weekend, will not be barricaded away from seeing his service monument.
:-)

I hope the shameful treatment of our veterans during this past government shut down will be addressed in Congress before the next inevitable Government shut-down.

And isn't it amazing that the Occupy Wall Street gang was allowed to illegally camp (and poop and rape and use drugs) on the National Mall for over 100 days without any interference from the National Park Service and yet NO ONE, including Veterans, were allowed to be on the Mall Memorials from Day One of the government shut down?

See HERE to read the word by word confrontation of the Director of National Park Services by Congressman Trey Gowdy.
I got to hear the audio feed of the confrontation.
I am still shaking at what it all meant and giving thanks for Congressman Gowdy's courage.

There actually was one group allowed on the National Mall during this past government shut down.

Illegal Aliens also were granted permission to gather on the Mall during the shut down by President Obama.
Nancy Peloski thanked Obama for his permission during that gathering.
So...
Apparently the decision as to who may or may not visit or camp upon (illegally) on the National Mall is up to Obama.
And Park Service claims they have "discretion" as to how they enforce rules.
Wow.
Obama and the Park Service choices:

Wow.
Praying for our country and trusting God more than man.

Posted by Thoughts on Life and Millinery. at 9:38 AM

Oh it does look like a great job IF those dogs don't decide to break into a run. Ha!

We know where our hope is these days, don't we?! It certainly isn't in the government. I'm quoting Philippians 4:6 all over the place these days.

Keeping your dad's upcoming trip in prayer. I hope that he enjoys it and is honored by it. All these Vets deserve our honor, love, and protection. I'm off to listen to the speech.

I can't imagine walking 9 dogs. What a job. She must have them well-trained.

We're all thinking of you, our neighbours to the south, and praying for God's will to be done.

She has her work cut out for her...with that many dogs to walk!

I'm glad the gov't workers are back at work...since our travel plans for next week include national parks. Praying for your country as well!

All the best to your dad as he visits the memorial this weekend.