Moving...and a slow Internet connection in the area made blogging with my own pictures impossible the first week in our new place.

SOOO much happened in that week; now we have a different provider, and it is possible to post with picture of my own again. 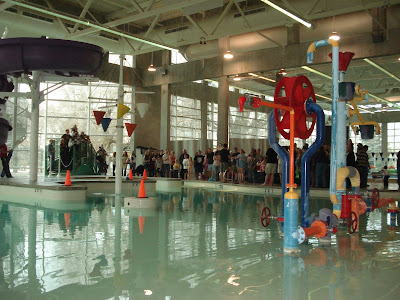 The first Sunday in February, at the local Aquatic Center.... 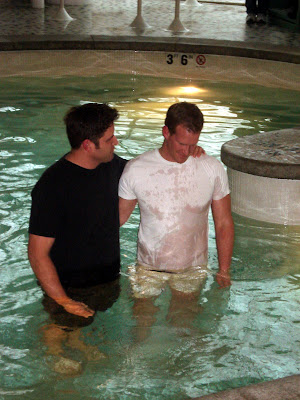 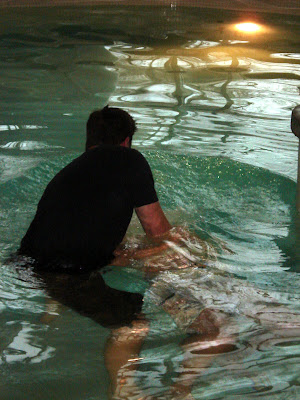 was immersed, and baptised.
He has been a Christian since childhood; yet became a wayward teen and young adult.
Recently he has renewed his dedication to Christ, and heeded the commandment to be baptised.
He was dedicated as an infant; the decision as to when to be baptised was left to him.
At age 28 years and 11 months...it was at long last the appointed time. 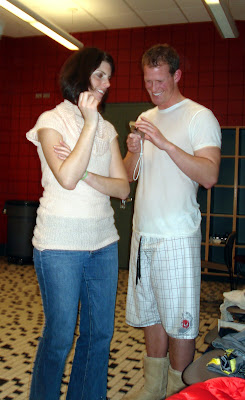 And his fiancee was there to see it too, and take pictures to record the event as well.
She got the first kiss after he came out from the water.
I got the next.
Years of prayers had been answered in that moment.
A long time coming, but it came.
Posted by Thoughts on Life and Millinery. at 12:05 PM

Yay! How wonderful for Jeff and for all of you! I'm so glad you have photos to share of this special time.

What a sweet answer to prayer. And how encouraging - I have a wayward boy myself - age 26. I pray for him every day.

Good for Jeff!! I know it is a blessing to you and Bernie. Our concern for our children continues with us, as parents, through our whole life. I'm happy for you and happy for Jeff, too. Love, mom S.

Oh I rejoice with you! When an adult makes a for sure decision like this, that is there own, it's a fantastic thing. Hurray for God and the next generation.

I know the mother's joy of your heart at this event...being the mother of a prodigal myself, aged 30. A prodigal who has not yet returned...but who draws closer, I believe. Prayer is vital. Jeff's re-dedication and baptism are an encouragement to me. What a wonderful blessing for your family.

Ohh.. a moment soooo worth the wait! I'm thrilled for you, Jill and sooo happy for Jeff!!
No greater joy to a parent's heart than to see their children take a stand for the Lord.

Jeff is such a handsome young man and what a beautiful DIL he has chosen for you !!! smile...
May God bless them both in their life together and in their walk with the Lord!!

There is something incredibly special when our children make our faith their own.
Gone are the days when only the church community knew of our decisions to be baptized. Now. . .as in Jesus's Day. . it is a public testimony.
Blessings on your son!