It's Thursday, my favorite day of the week.
I've always felt best on Thursday, the rhythm of the week seems to hit an equilibrium by Thursday. That equilibrium always gets messed up by the weekend change of pace. Monday comes and it is back to getting things back on track, but by Thursday the big push is over and I feel like I am just comfortable working along.

Last night Bernie got a dose of "Trip Proud", (can't sleep because you are thinking about the trip you are going to be taking) and he was up at 3 am reading travel guides.
We had discussed trying to get our internal clocks in sync with our travel plans, but that seemed a little more radical than we were willing to commit to.

Apparently some part of our being thought it was a great idea, and so we both were wide awake at 3. 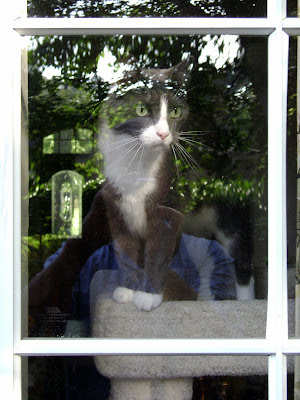 Hart is still overly active at night, and waking us up. He wants to go, then yells to come in. Walks all over us purring and bunting our faces with his head.

And look, there he is, still looking bright eyed in the early morning light.

I gave up trying to sleep, and got up early and did my morning stroll outside on the wet lawn to get the newspaper.

The Chronicle did a great job of giving me thinking material.

The violinist Joshua Bell is playing here in Houston and there was an article about how the Washington Post had posed a question:

"In a banal setting at an inconvenient time, would beauty transcend?"

Bell played his "Strat" violin at a Washington DC subway station during commute time.
No one stopped to listen.

Guess that answers that question.

It also affirms what I had always suspected: Most people only recognize "great" or "junk" if someone else tells them that whatever it is (food, books, movies etc.) is great or junk.
As Bernie once said: "It is a lot of work to have an opinion."

Next up was an article about the on-line podcasts of the parody newspaper "The Onion."
If you have never read a paper version of "The Onion", well, I am sorry.
Ever so often I read people getting all upset about some way over the top article, taking it seriously, and when I check back, often the original article was from The Onion.
If only people would take the Bible as seriously as they take random outrageous quotes that they receive via email forwards!
*Warning: The Onion on-line has highly offensive language, and headlines that are shocking. Best to enjoy the Chronicles summary of The Onions new podcasts, and leave it at that.

A non-linkable article on the Chronicle's editorial page managed to sum up why the Queen's visit was such a pleasure for us Yanks. David Brooks had some priceless lines about the Garden Party at the White House:

"I got to enjoy many of the features I love about Britain: repressed emotions, overarticulate conversationalists and crustless sandwiches."

Our dear Ken Hoffman, a columnist devoted to sports, dogs needing adoption and food (he broke the story about deep fried frozen Coca Cola), wrote today about his yearly dash through Europe, eating what the locals do. Now I want to know what "pan bagnat" and "socca" taste like.

I just don't want to have to travel to Nice, France to find out.

Or maybe I do. But I won't, at least not right now.

An article on Mother's Day gifts included a picture of MY camera, which now comes in Pink and Light Aqua.
Now granted that while silver is always in good taste, had the aqua version had been available last year, I would have snapped it up in a minute.

I'd still like to encrust my camera with diamonds though.
"Diamonds" in the sense that my hat buddy Bonita uses the word: Anything that looks like a diamond is referred to as "diamond or diamonds." If the diamond happens to be a genuine diamond, then you refer to it as a "Real Diamond."
She is great fun to be with, and she is absolutely right. It is more fun to call all sparkly clear stones diamonds, and let everyone who cares about the distinction guess what is the true value of the diamond in question.

Here in Humble, Texas (also known as Kingwood, Texas and Houston, Texas, because all those names are correct. I wasn't born here, so I just go with the flow, no questions asked) we have a United States Representative name Ted Poe (R-Humble) who stood up on the House floor and stated to Congress the following:

"Congress needs to quit talking about supporting the troops and put money where our mouth seems to be. (mouth seems to be??? huh????) Nathan Bedford Forrest, successful Confederate general said it best about winning an victory and the means to do so. He said 'Get there firstest with the mostest.'"

I appreciate what he is trying to say, but...

1. The actual Nathan Bedford Forrest quote was "Well, I got there first with the most men."
2. Forrest fought FOR slavery, so maybe we should just not quote him as a "winning" general
3. Forest was called a guerilla leader, akin to a terrorist in modern times
4. After the Civil War was over, Forrest became the first Grand Wizard of the Ku Klux Klan.

For heaven sake. What a dope. Feel free to search for our now famous representative from humble little Humble, whose comments are making blogdom go ballistic. You can read the whole story here.
Note the story was written up by a New York newspaper.
I guess our local news reporters didn't feel like jumping all over one of our local boys.

Texas is busy in other ways too. On the paper's front page was an article about a request to dig up one of the two possible graves of Billy the Kid.
Yup, one of two.
Both people now dead in their graves said while they were alive that they were not shot by Pat Garrett, and were actually Billy the Kid.
Historians have ample proof that both graves are of people who couldn't possibly have been Billy the Kid, but hey, the tourism revenues are terrific, generated by claiming that the wackos who SAID they were Billy the Kid are buried in their town, so they don't want the bodies dug up for a DNA test to prove if they were or were not Billy. 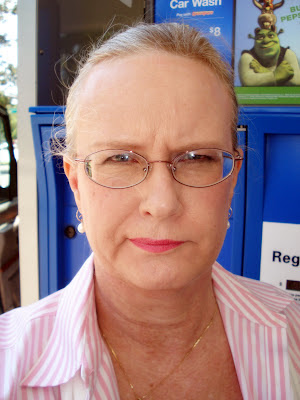 That's the best of the paper.
Now for news that is really hard to stomach. I'm afraid the news took a really awful, and seriously not funny turn with the front page news that HPV has been found to cause cancer of the throat.
The quote below is horrific.
If you are a sensitive soul, you might want to skip reading.
Please remember this was on the FRONT page of our paper, any reader sensitivity be damned.

"(New England Journal of Medicine) study found that people who have had more than five oral-sex partners in their life time are 250 percent more likely to develop throat cancer than those who do not have oral sex."

Having read reports of how many early teens engage in oral sex as casually as a handshake at parties and at school, I suspect that the up and coming generation (who signed on to the disgusting former President Bill Clinton's "it's not sex" mantra) are going to have a really tragic future ahead of them.

Both men and women are being equally infected with the HPV which has caused throat and tongue cancer which are not easily treated. 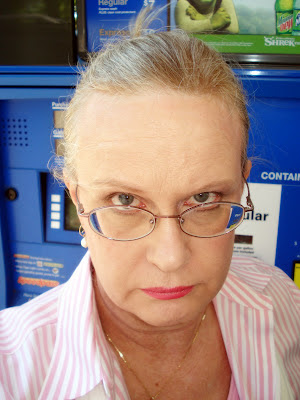 I want to leave on a happy note.

If I think of one, I'll add it later. 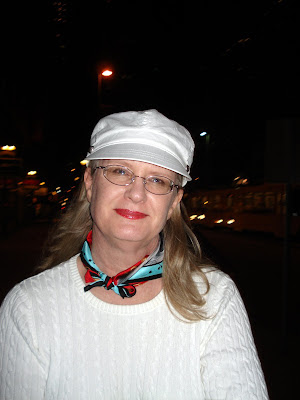 Posted by Thoughts on Life and Millinery. at 7:50 AM

Oh Jill,
I just am hooting here with the stern look on your face with the last reader sensitive article. ( I did glance at it).
Oh my, I learnt something new again today, and I wasn't expecting to learn that on your blog. Go figure, when Terry comes in for lunch, I have valuable info for him. I'm running out to check our paper, to see if its as interesting as yours.

My gosh! You actually read the Chronicle?

Love the pictures --- especially the happy one.

Jill... you should have a byline in "Commentary on the News" or some such thing... LOL... your post was the best commentary I have read in a long time...
and for what it is worth I agree with your words AND your expressions which are worth at least a thousand words each!!!

Don't we live in a
thought-challenged society??? The worst are politicians -- I was reading a transcript of an interview yesterday... could only shake my head!!

Mama always says not to make faces as your face might freeze that way...or was that not to cross your eyes?