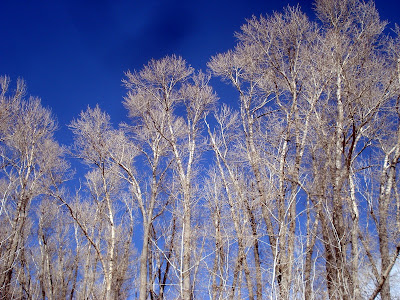 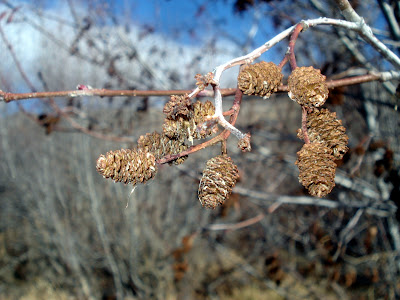 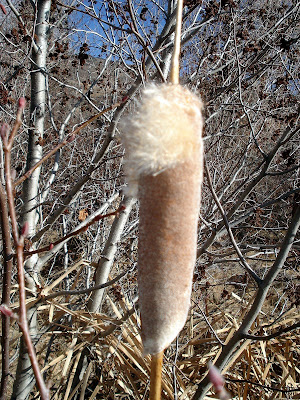 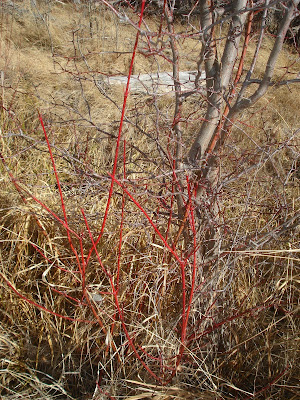 Branches shed of leaves reveal their own beauty. 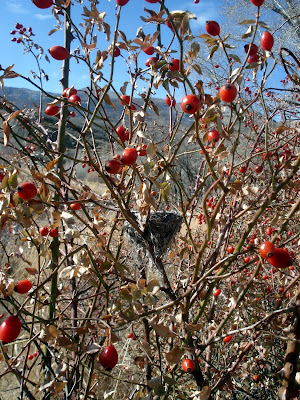 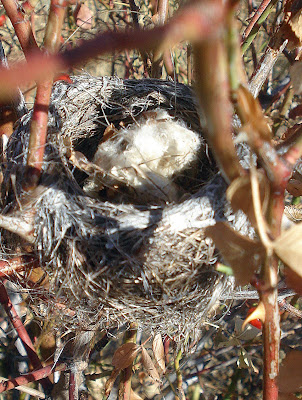 The nest still looks quite cozy inside. 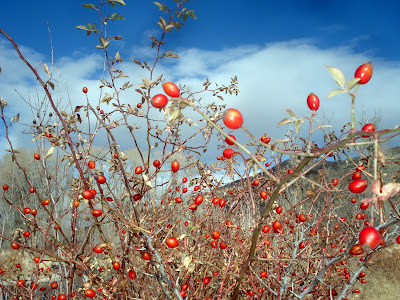 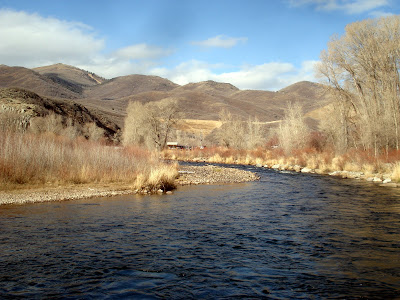 Deep river water tracks through the land, adding soft sound to the scenery. 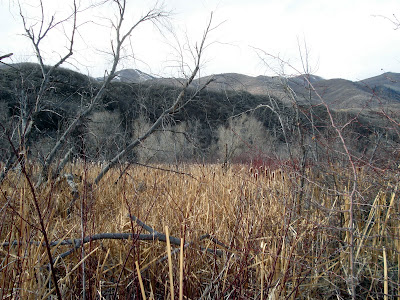 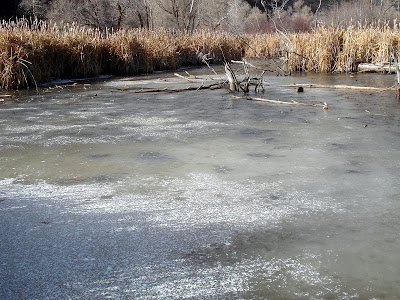 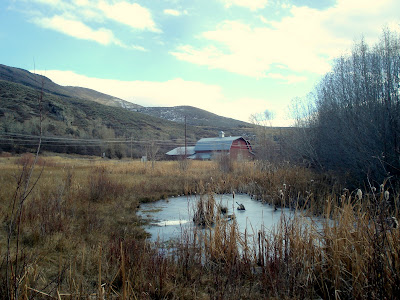 Red barns bright against the hillside. 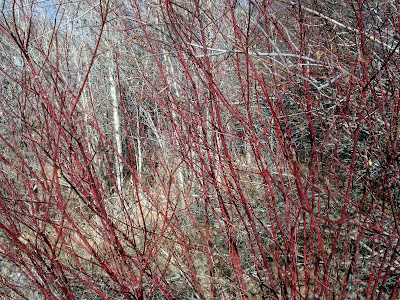 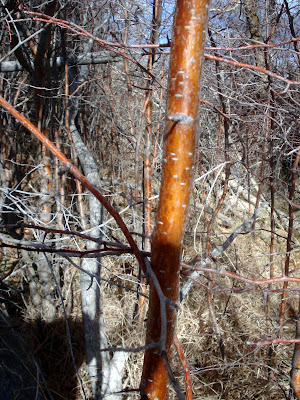 In the cold, nature draws my eye...

While family warms my heart. To walk with my Mom and see bird's nest and share the colors and textures I see...something I long for often...is a blessing I treasure greatly. 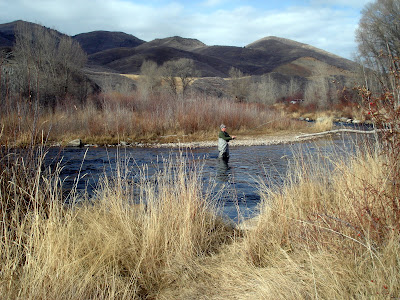 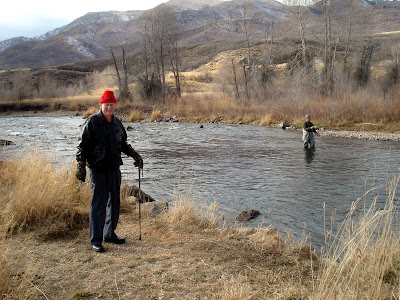 the scenery becomes the best I have seen in years: My Favorite Men enjoying the outdoors together. 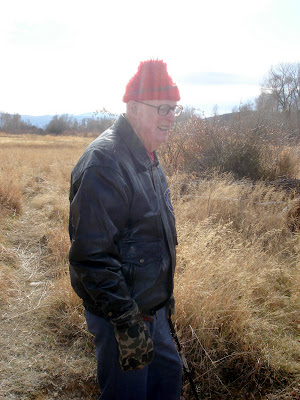 I remember the childhood years when my Dad and I would fish. Dad is past his wader and fly line season now, but still can enjoy seeing another enjoying the sport. 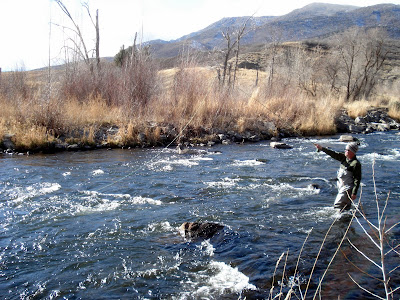 No fish were caught that day, but many memories were taken.
Trophy caliber time, time that rate a memory making record.
Posted by Thoughts on Life and Millinery. at 7:50 PM 6 comments:

Generations Together Makes a House into a Home 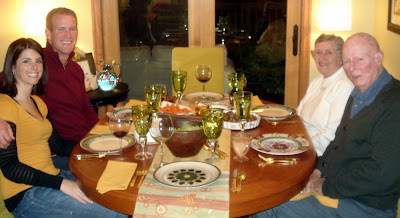 Nothing make a house feel more like home than having family over for dinner.
It takes some doing for that to happen around here...while Jeff and Rachel live but ten minutes to the west of us, my Mom and Dad live eleven hours away by car.

Thank heaven for direct flights that last just under two hours instead!

Mom and Dad arrived last Thursday at 4. I picked them up from the airport, and had just enough time to show them the house and the views before sunset. I got dinner started at 5:30, and Jeff and Rachel came over around 6:30.

Rachel brought a fabulous Key Lime pie that she had made from REAL key limes for dessert.

It was amazing...and the gingersnap crust was a surprising twist on the classic recipe.

They brought a little surprise along too... 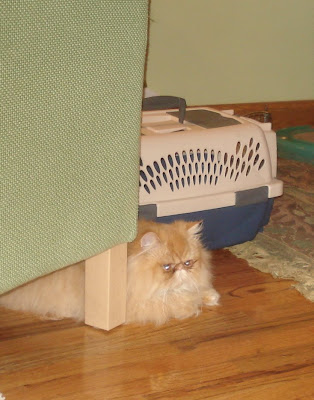 Well, after all, how long should my parents have to wait to meet their Great-Grand Kitten Cheeto?
(And boy was Tiggie ever surprised too. He gave Cheeto a good hard stare, then headed downstairs to the office chair, where he sat and thought about what he had seen for the rest of the evening.) 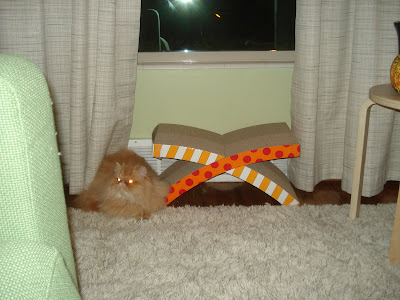 Cheeto made himself right at home. He checked out the "Art"...and played with his Uncle Hart and Uncle Tiggie's toys. So fun to have a baby in the house! 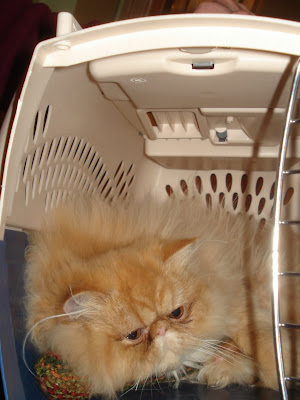 Like many tykes, he just was NOT going to let go of one favorite toy that he found:
"Grandma's Wienie"...a knitted snake filled with catnip.
Great Grandma had made one for each of her grandboy cats, Tiggie and Hart, and one for each of her four Great-grand kittens as well.
(In case you have forgotten...I have four grandkitties...that would be ten year old Meowsie, and six month old Cheeto, and the four month old twins Cessa and Hensley. Try to keep up...I only have four grand kittens, and I'm not going to have sixty some grand kittens or grandkids like some people do around here. Sheesh...) 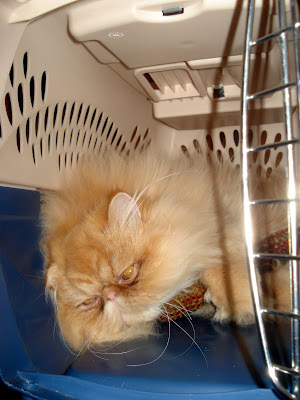 Cheeto decided that he like the bigger wienie toy that Great Grandma had made for Uncle Tiggie.
(MINE! It's mine! MINE MINE MINE!!!!) 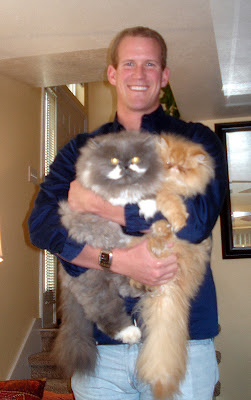 (Proud 6' 2" tall papa Jeffrey and his kits.)
Yes...the grandkittens are growing like crazy.
Meowsie's summer buzz cut is growing back in just in time for winter, and Cheeto's furry tail is getting quite impressive don't you think?
(To be continued....)
Posted by Thoughts on Life and Millinery. at 6:11 PM 5 comments:

I do like the saucy lace veiling cocktail hats. 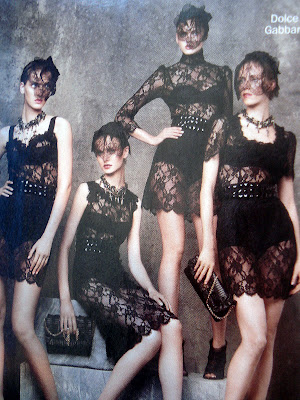 Perhaps additional veiling elsewhere would be appropriate too.
Say, like maybe...slips?

(Picture from an advertisment for "holiday" frocks. What a crock...I'd be freezing to death if I wore one of those outfits to a holiday event!)

Posted by Thoughts on Life and Millinery. at 9:07 PM 10 comments: